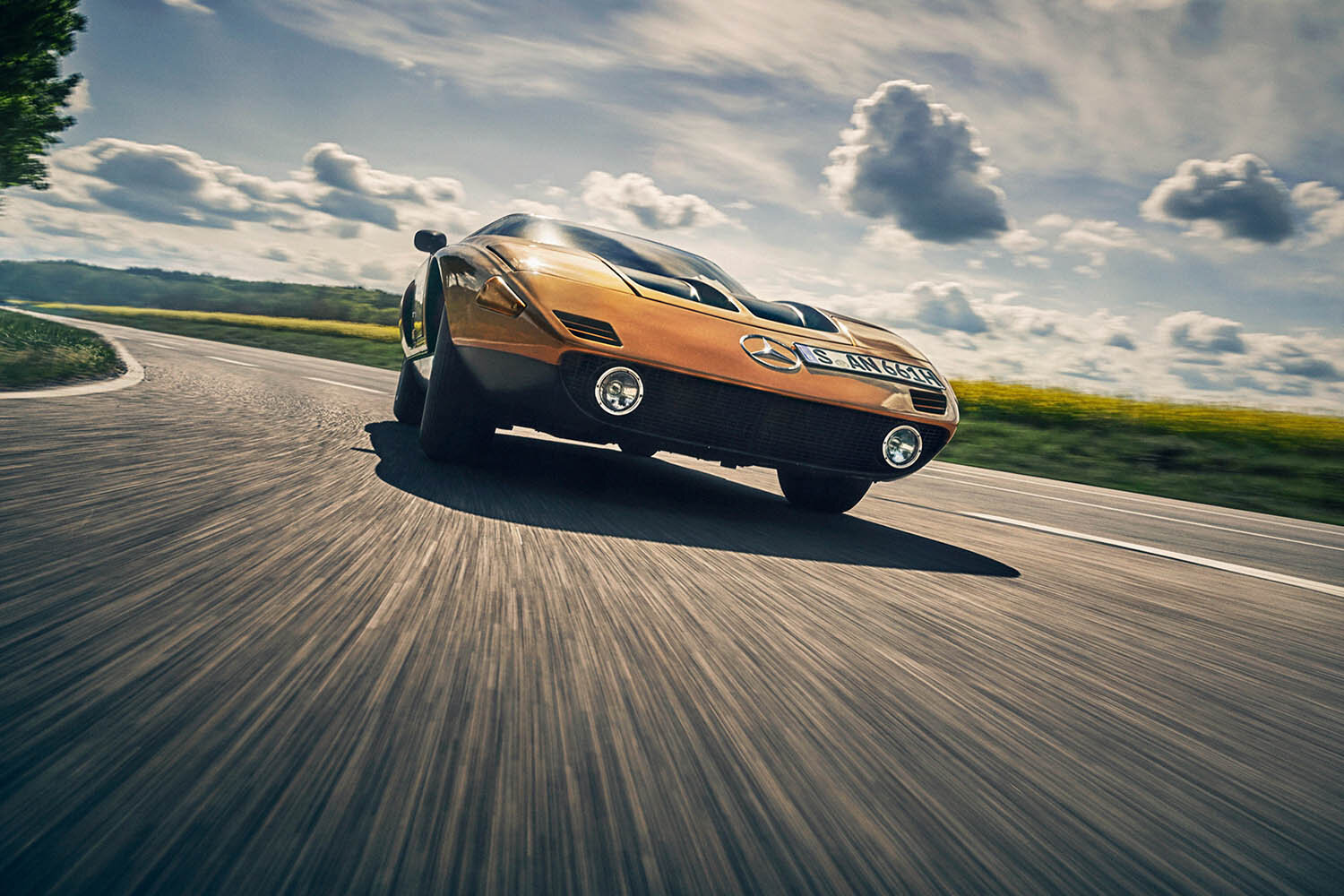 50 years ago the Mercedes-Benz C 111, a visionary design in form, drive system and materials, thrilled both the motoring world and the public when it was unveiled at the Frankfurt Motor Show. The rotary-engined sports car never actually entered production, but rapidly became an icon for the brand. Instead, from 1975 on it provided the basis for successful record-breaking cars from Mercedes.

In September 1969, visitors to Frankfurt Motor Show crowded around the futuristic super-sports car in sheer amazement. Although well-heeled customers even sent blank cheques to Mercedes, the C 111 remained purely an experimental vehicle and never entered series production. Only twelve examples of the two versions appearing in 1969 and 1970 were produced.

With this fascinating mid-engine sports car, Mercedes was above all testing the powertrain with its rotary piston engine on the principle developed by Felix Wankel. The C 111 of 1969 was powered by a three-rotor Wankel engine with a chamber volume of three times 600 cubic centimetres and an output of 280 hp. After further development, the C 111-II presented just six months later at the Geneva Motor Show in spring 1970 featured a four-rotor engine with four times 600 cubic centimetres and 350 hp.

Under the project name of C 101, the concerted realisation of the Wankel sports car began at the end of 1968. It was the responsibility of the head of passenger car development, Rudolf Uhlenhaut, while the project manager was Dr Hans Liebold, head of pre-development. The fascinating design was created by a team under Joseph Gallitzendörfer, while Bruno Sacco, who had recently moved from pre-development to styling, coordinated body development for the spectacular sports car. The first test drive of the first complete vehicle took place at Hockenheimring in July 1969. The experimental vehicle was then unveiled to the public under the name C 111 at the Frankfurt Motor Show in September – this was how Mercedes avoided a conflict with model designations trademarked by Peugeot with a zero as the middle digit.

Alongside the Wankel engine, technologies were tested in the C 111 that had only been realised in series production vehicles to a limited extent, among them bodies of fibreglass and joining techniques such as adhesive bonding and riveting. This technological look into the future was underlined by the visionary design of the wedge-shaped super-sports car.

The iconic character of the C 111 was also reinforced by the unusual paint finish in metallic orange. The designation ‘Weissherbst’ derived from wine-making referred to the glowing orange/rosé colour of these popular wines. The vehicle displayed in Frankfurt was the first C 111 in this spectacular paint finish. The other vehicles in the first series, which were used as demonstration vehicles during the show, were still in a white paint finish, but were later likewise repainted in ‘Weissherbst’.

The experimental vehicle not only thrilled with its visionary concept, but also with a performance that was outstanding in its time. The first version of the C 111 reached a top speed of 160 mph, and the C 111-2 even managed 185 mph. 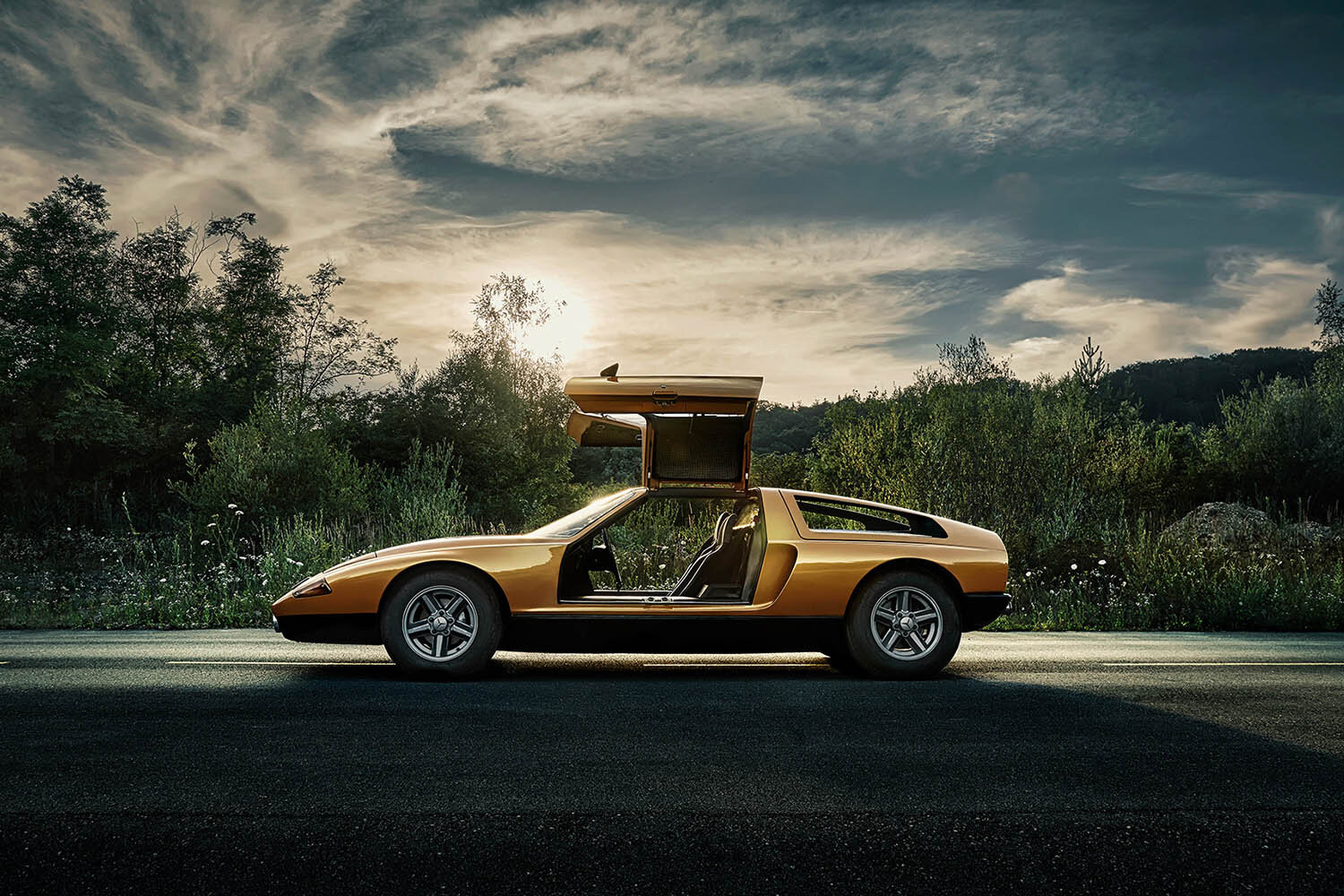 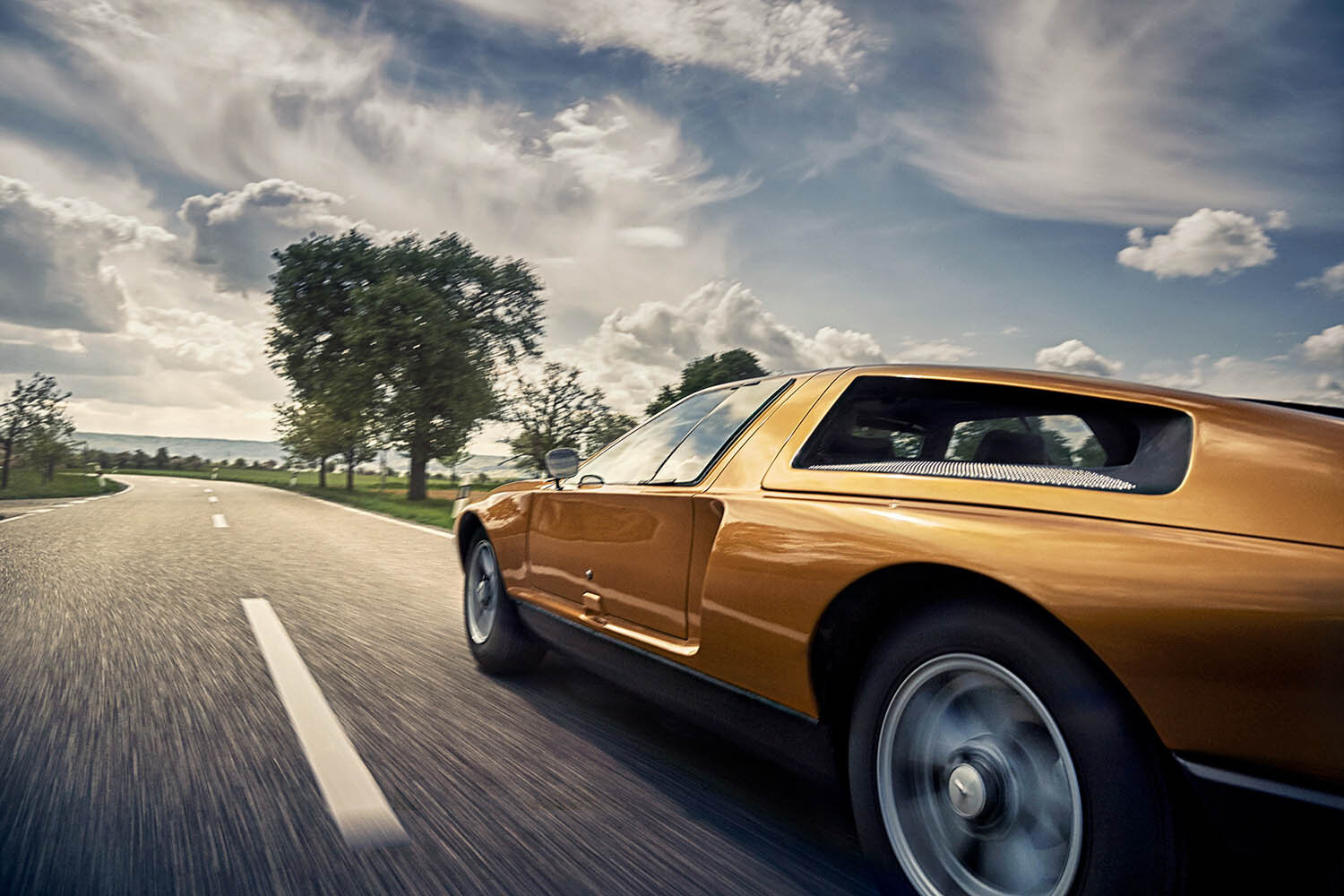 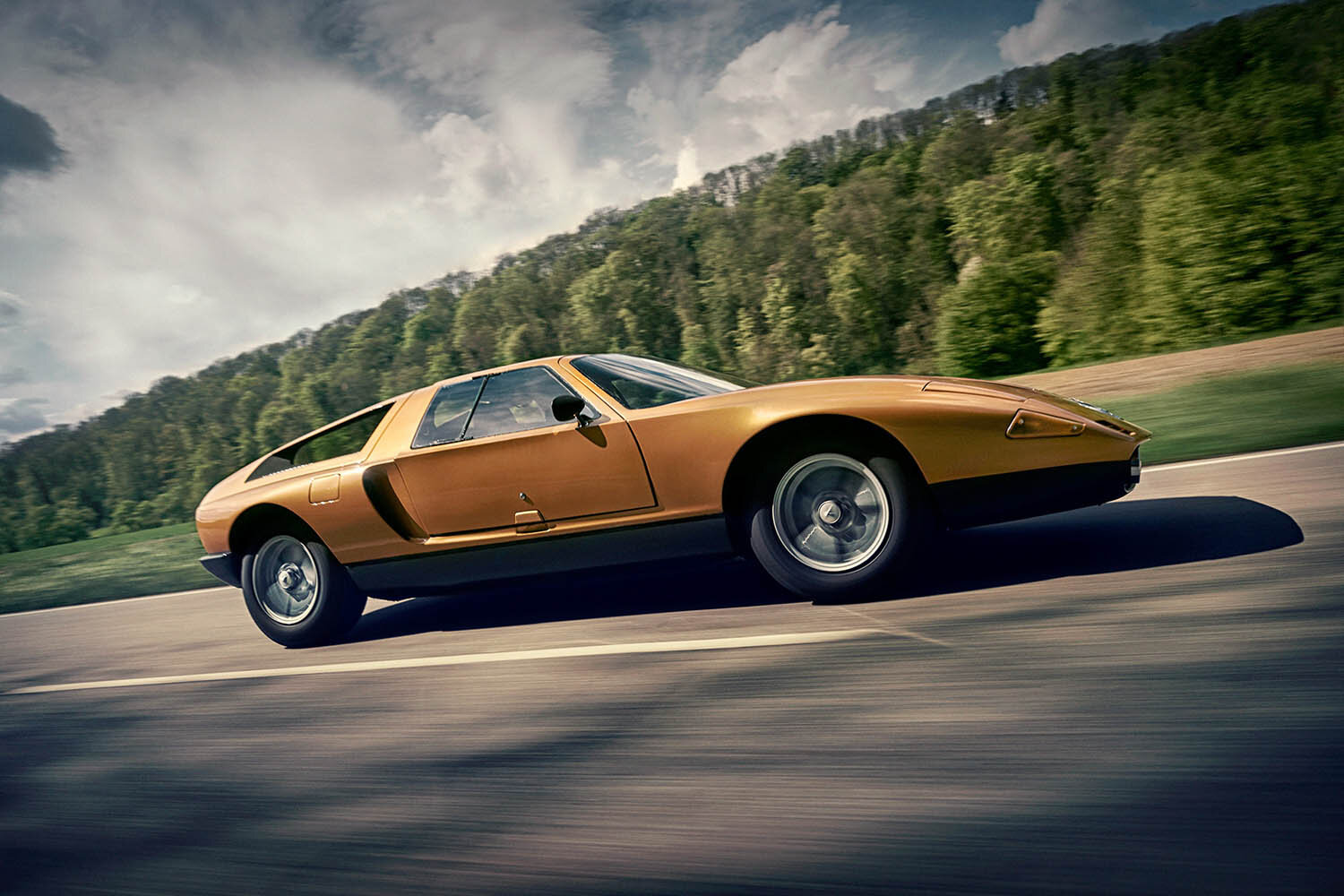 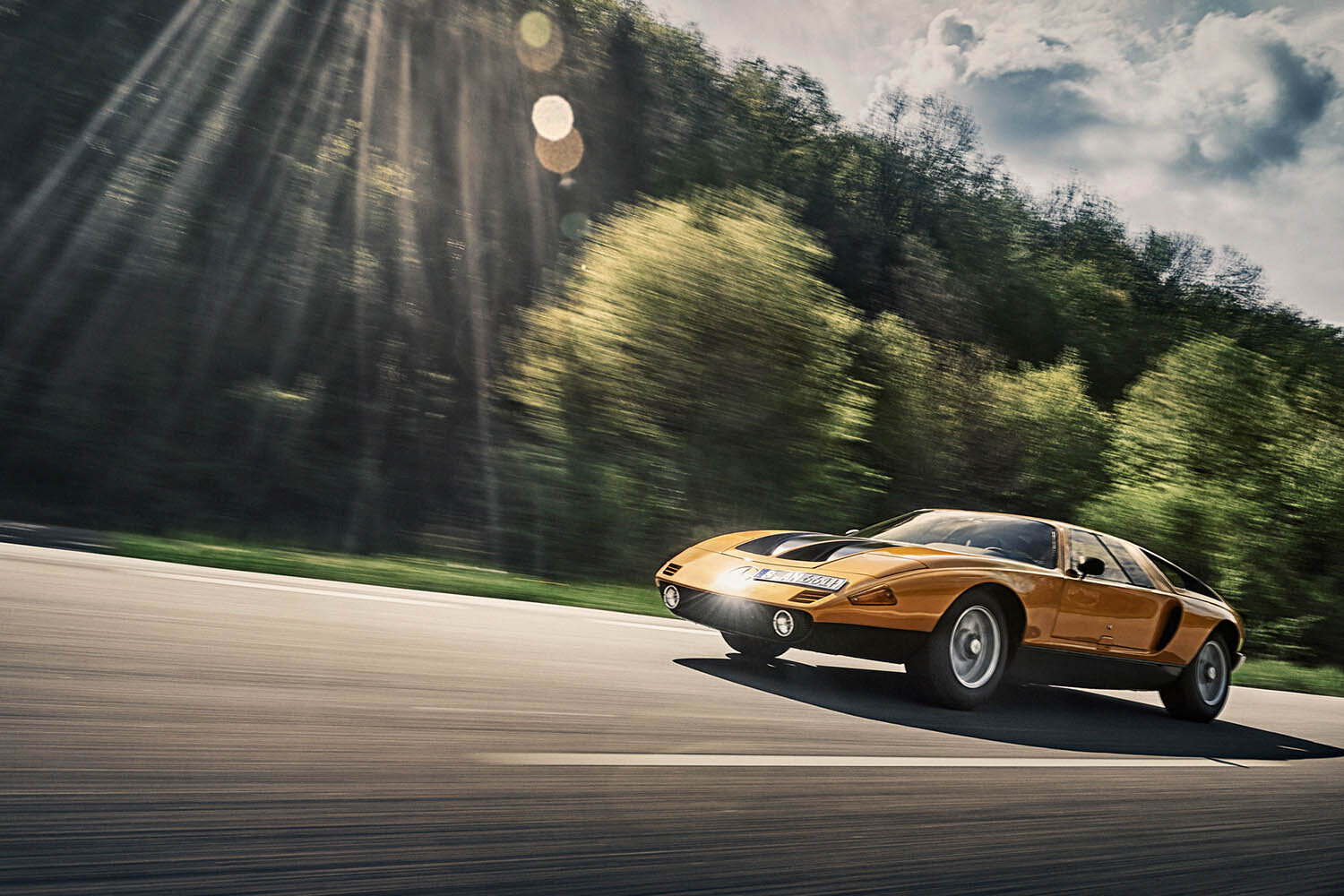 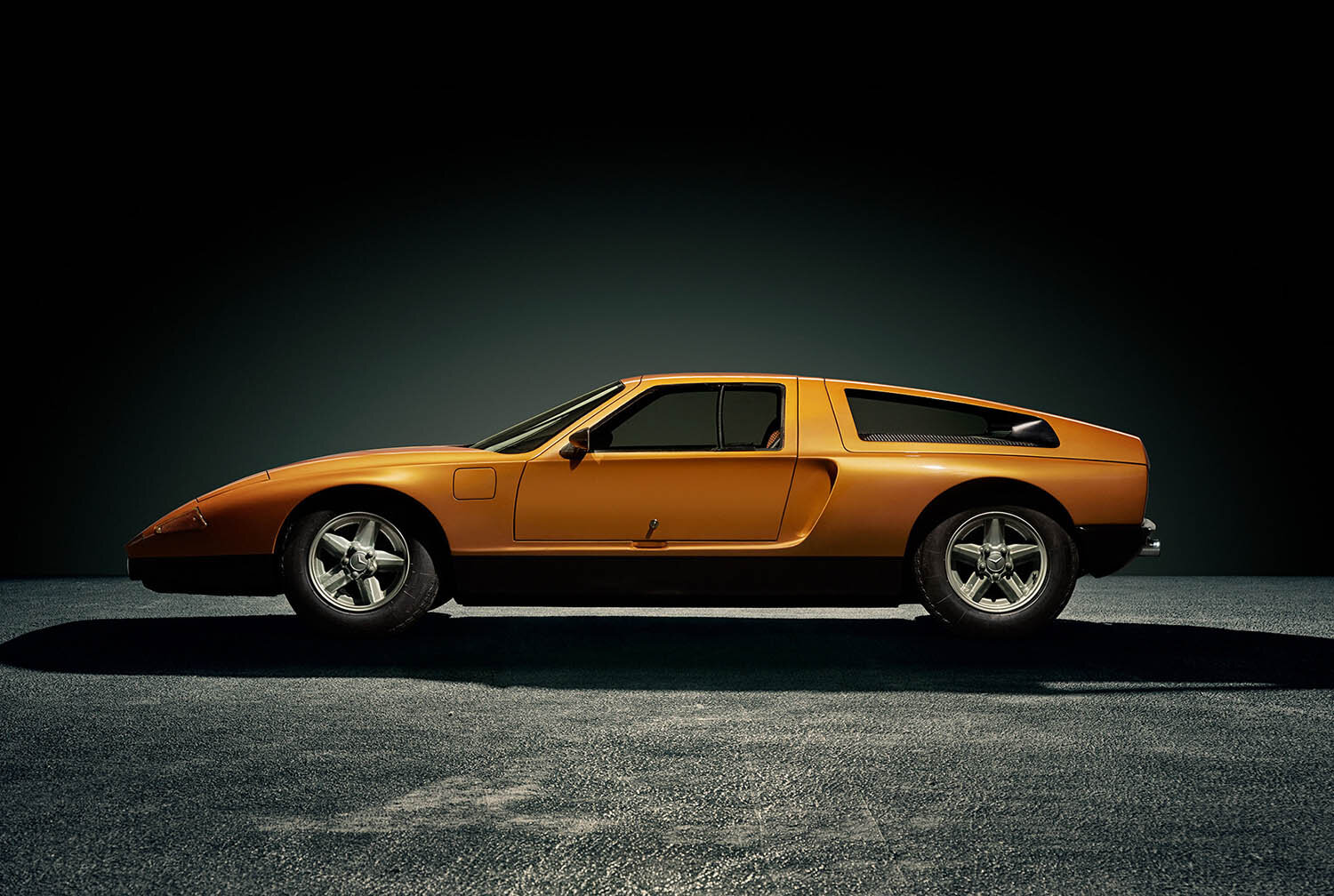 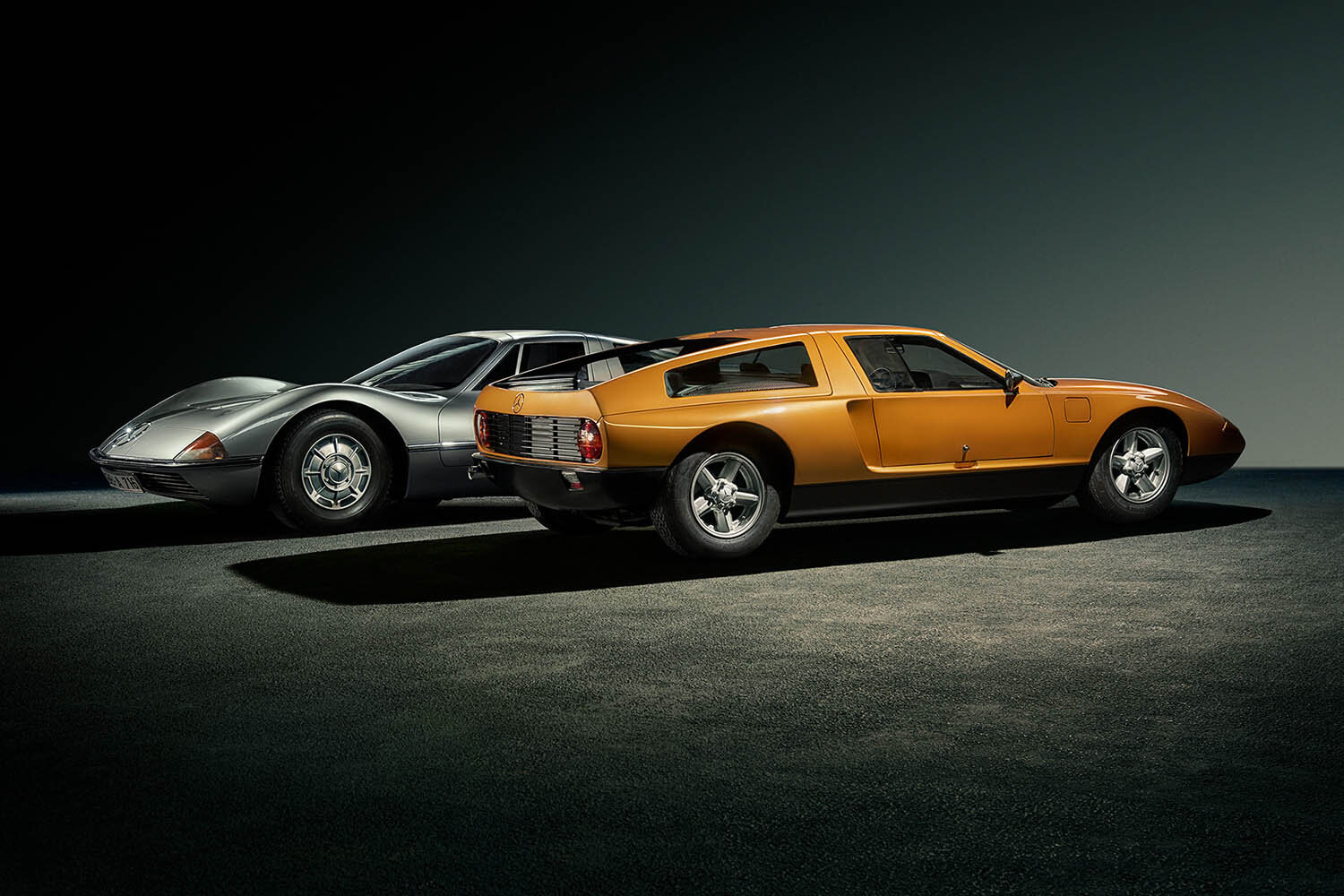 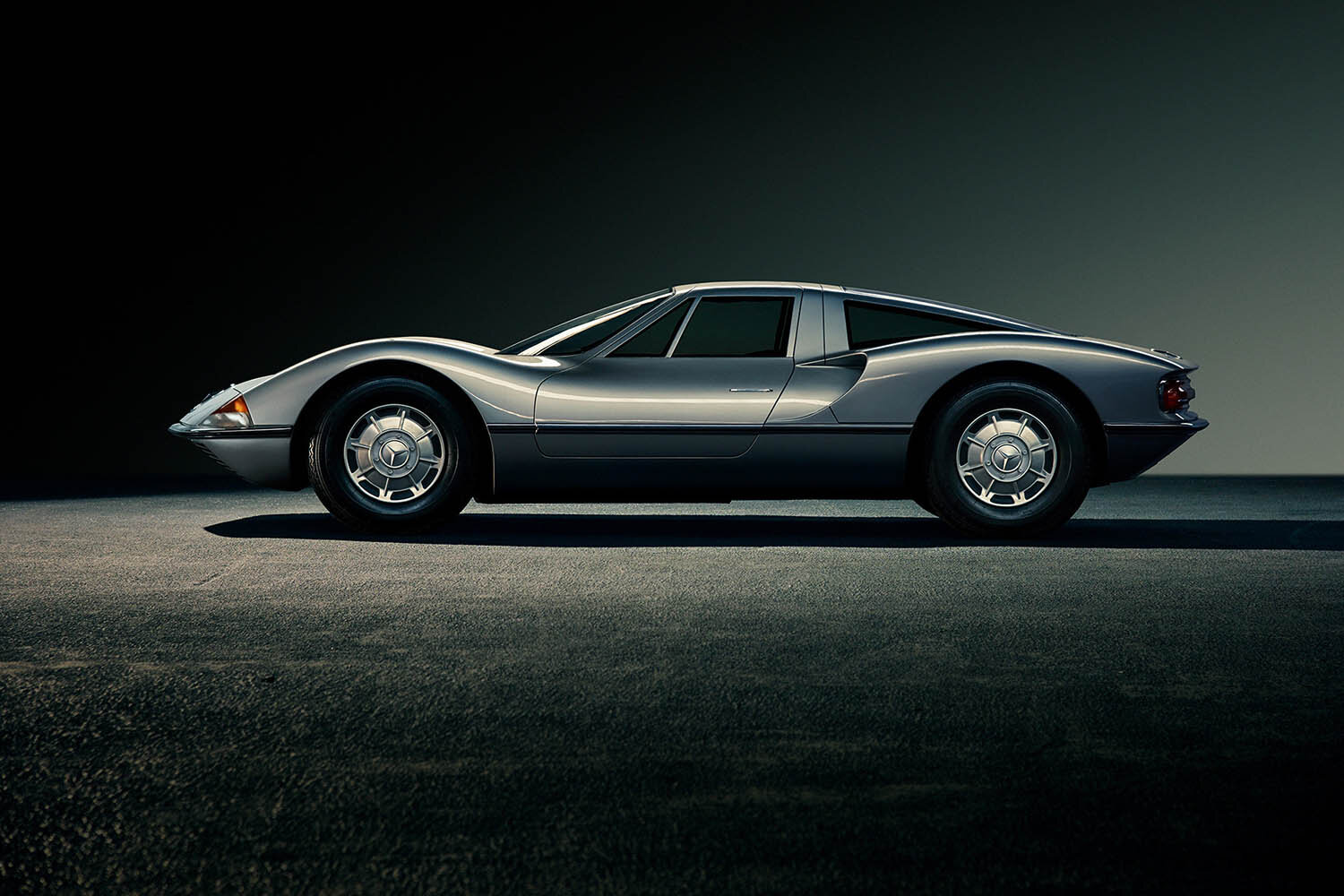 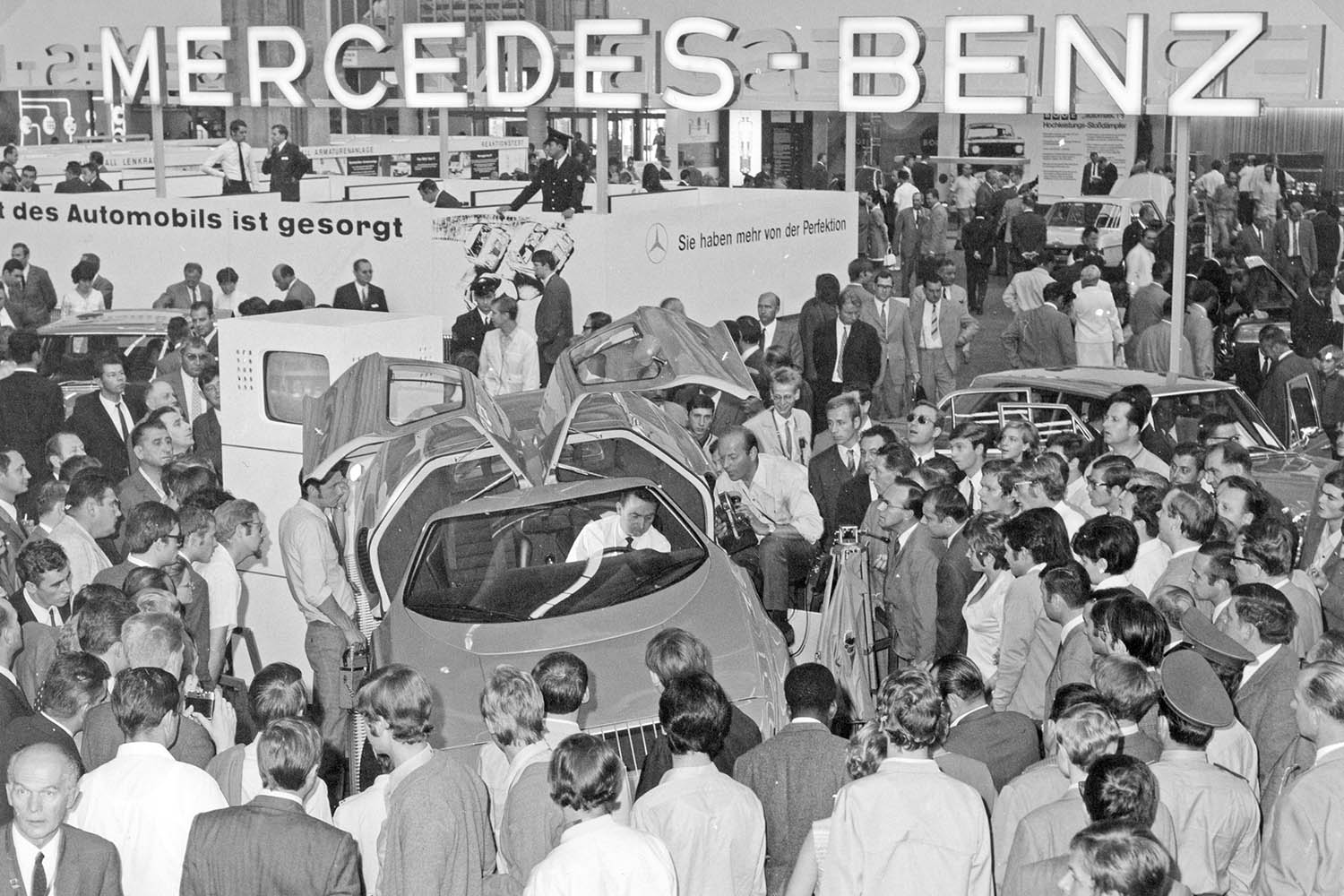 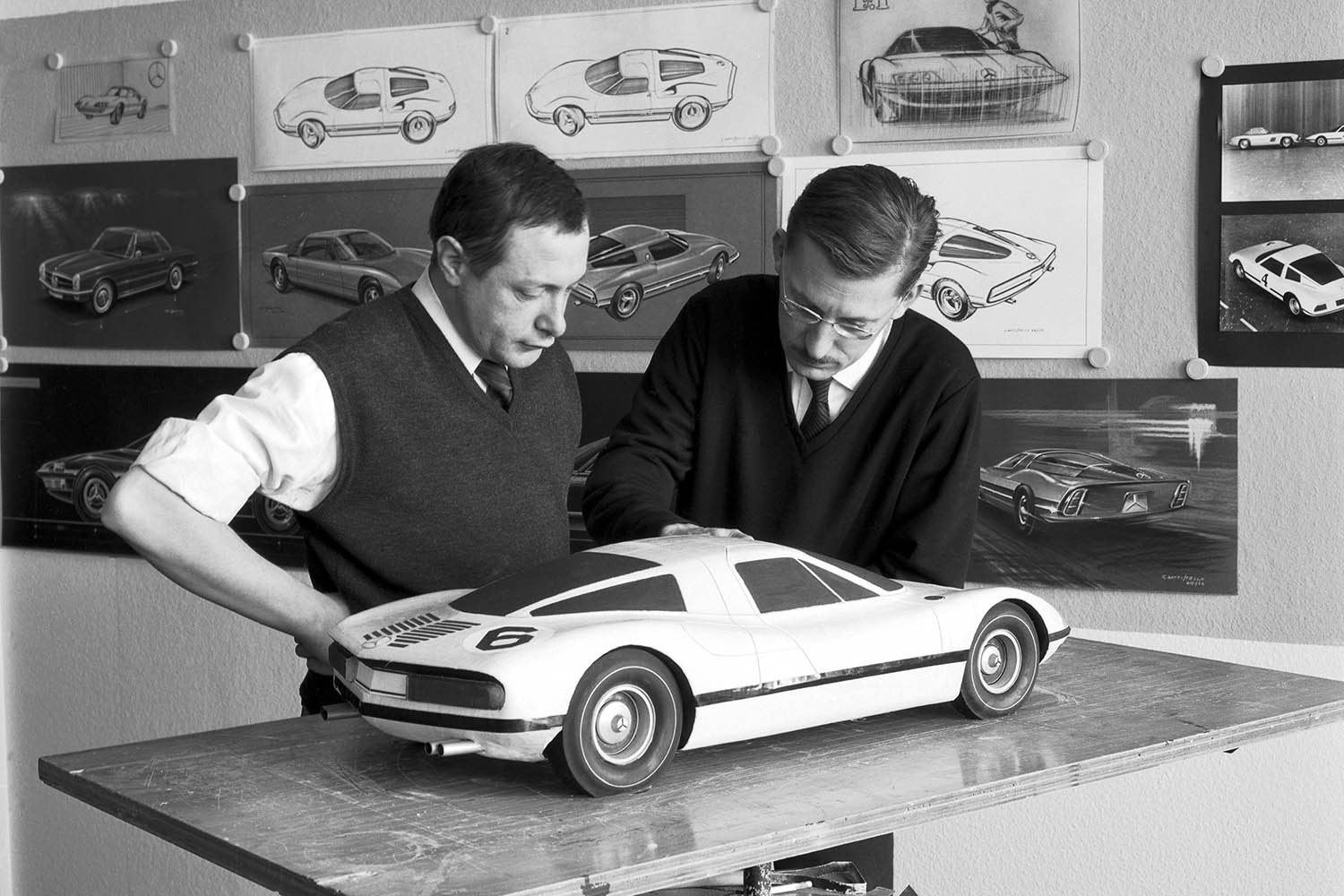 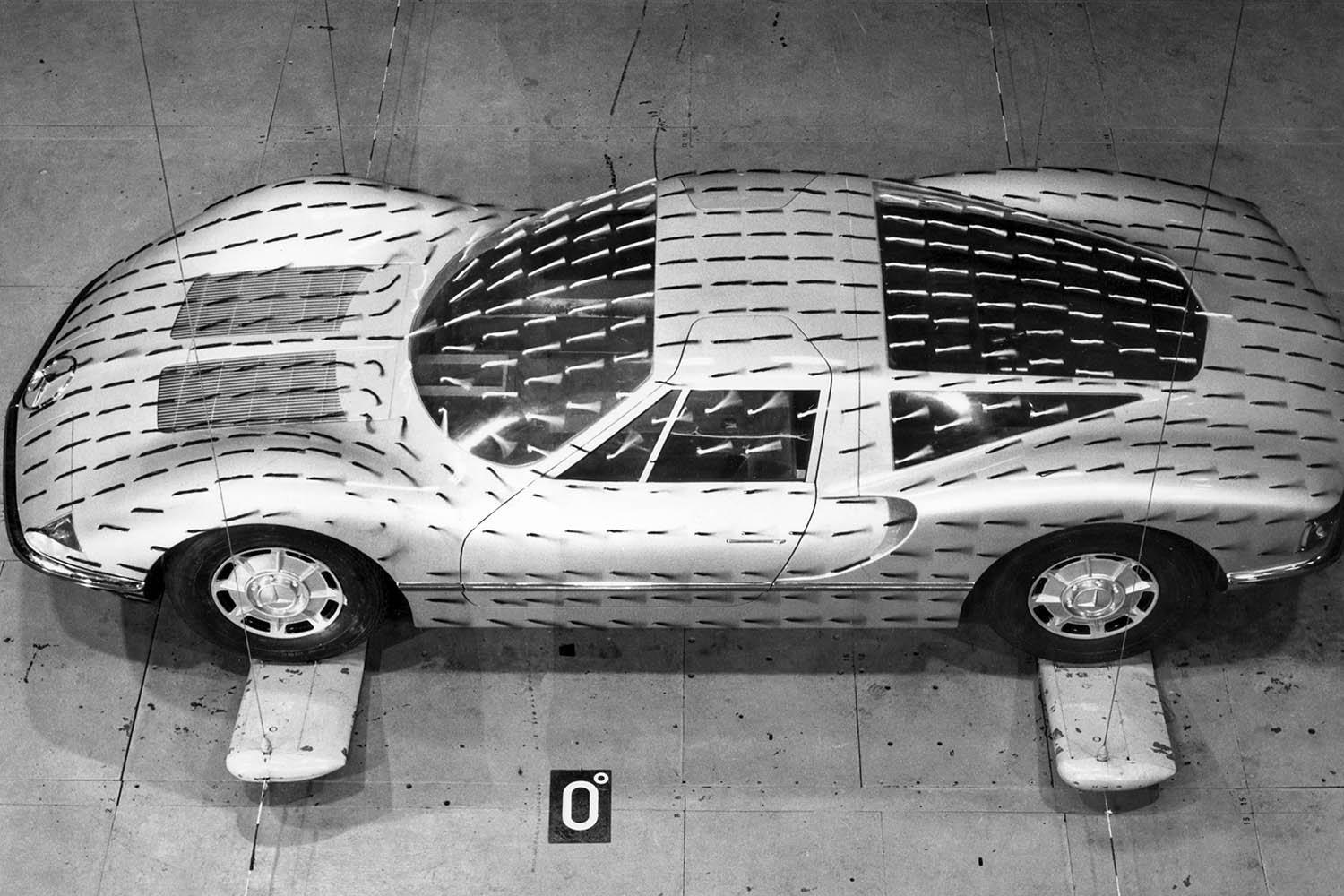 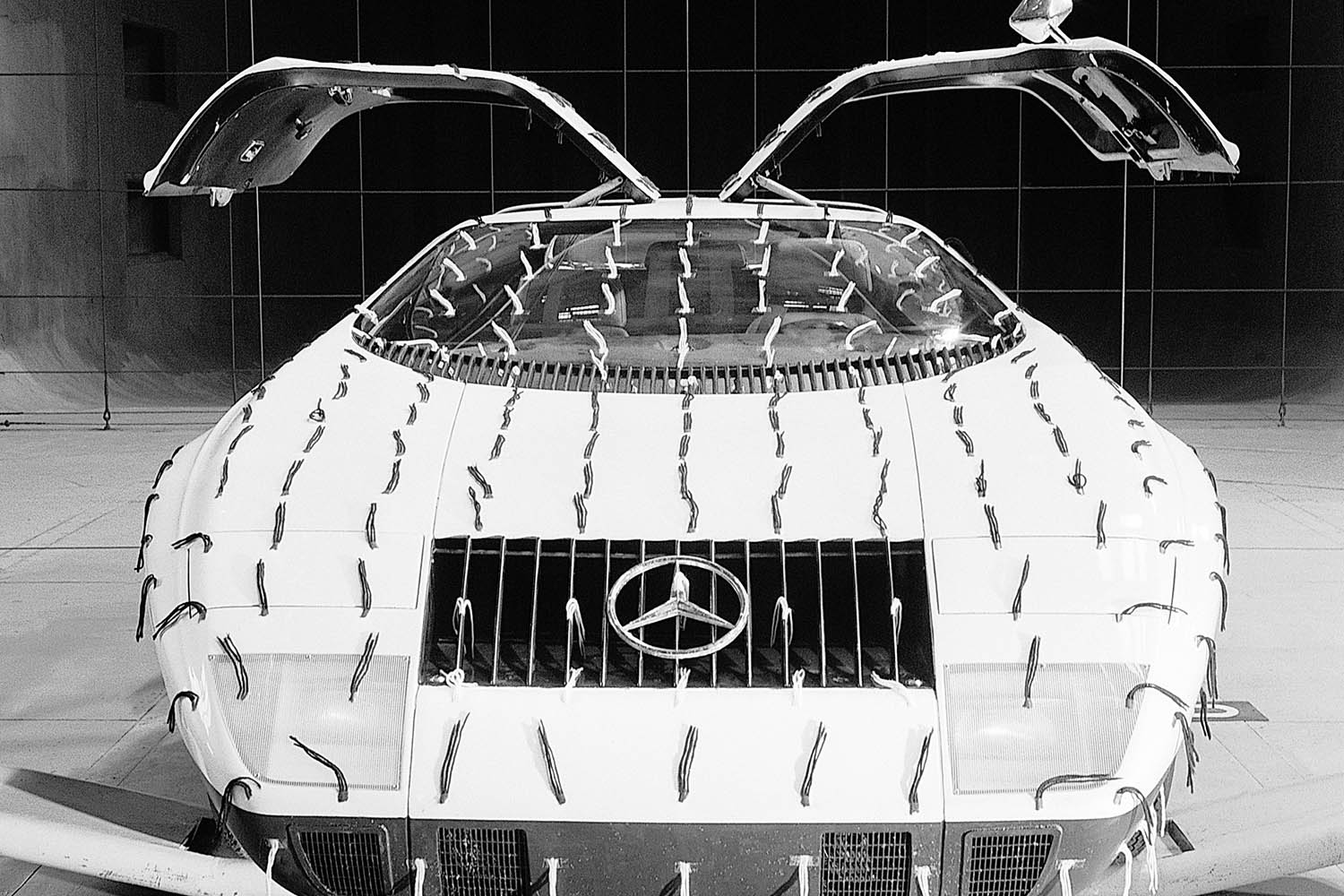 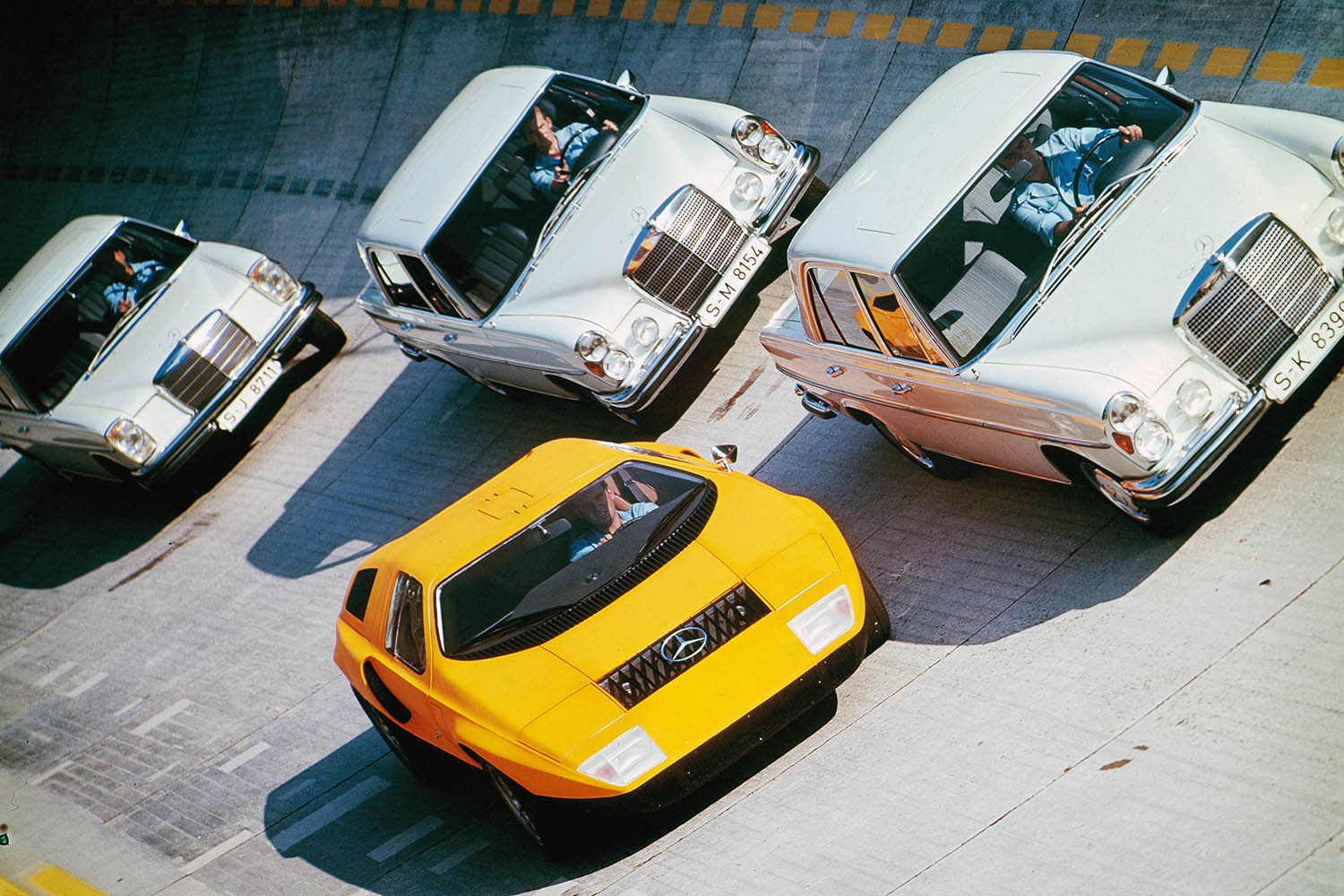 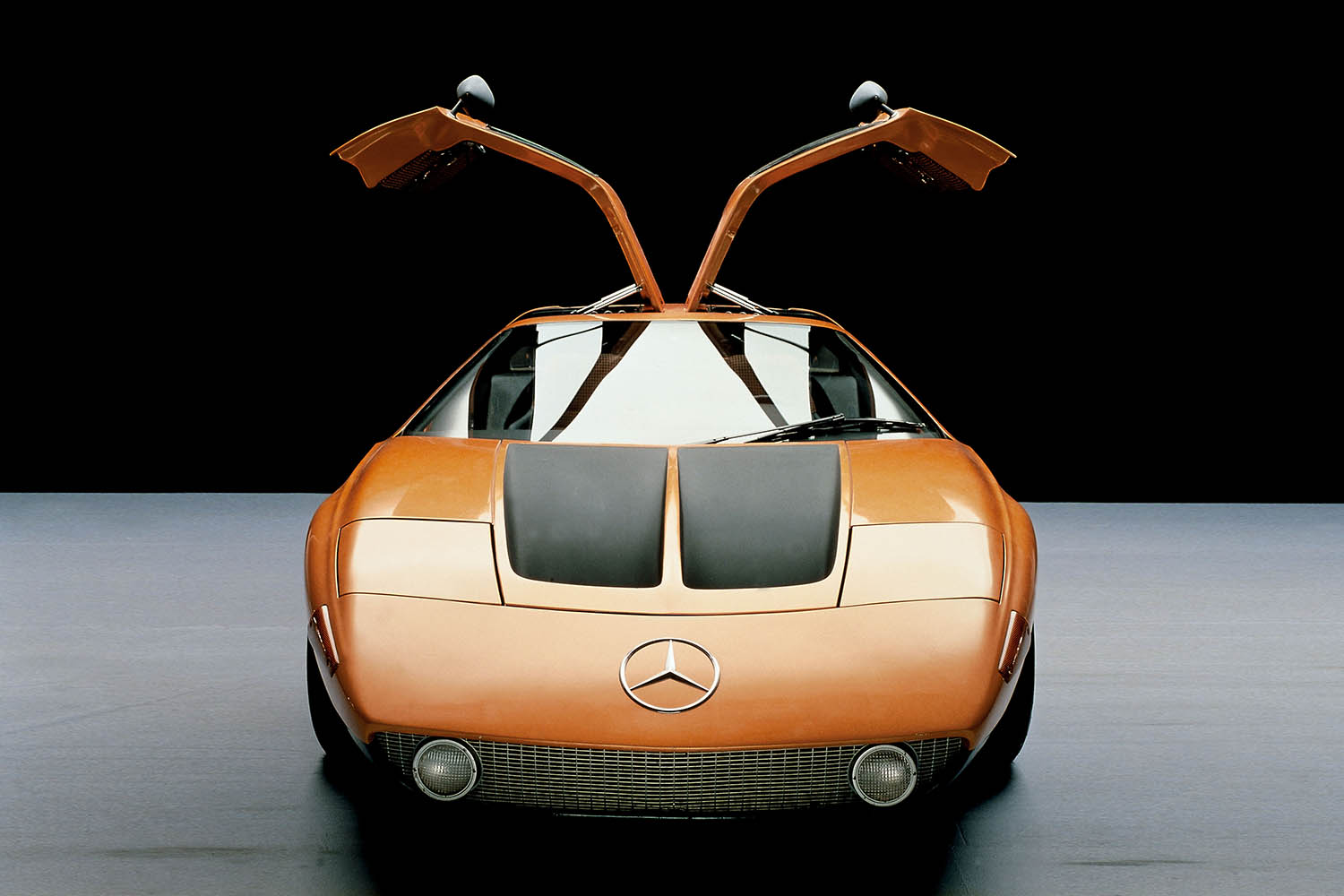 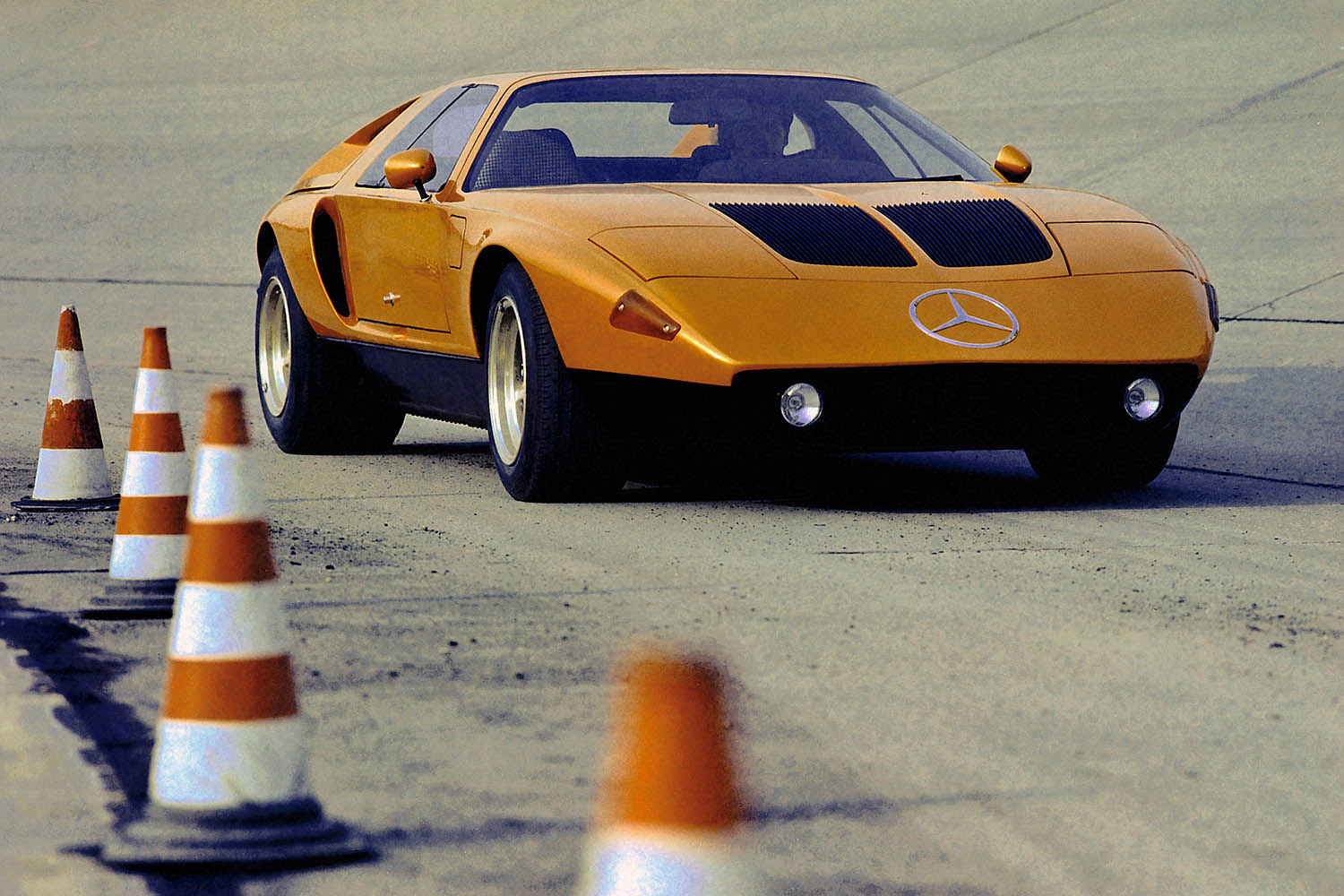 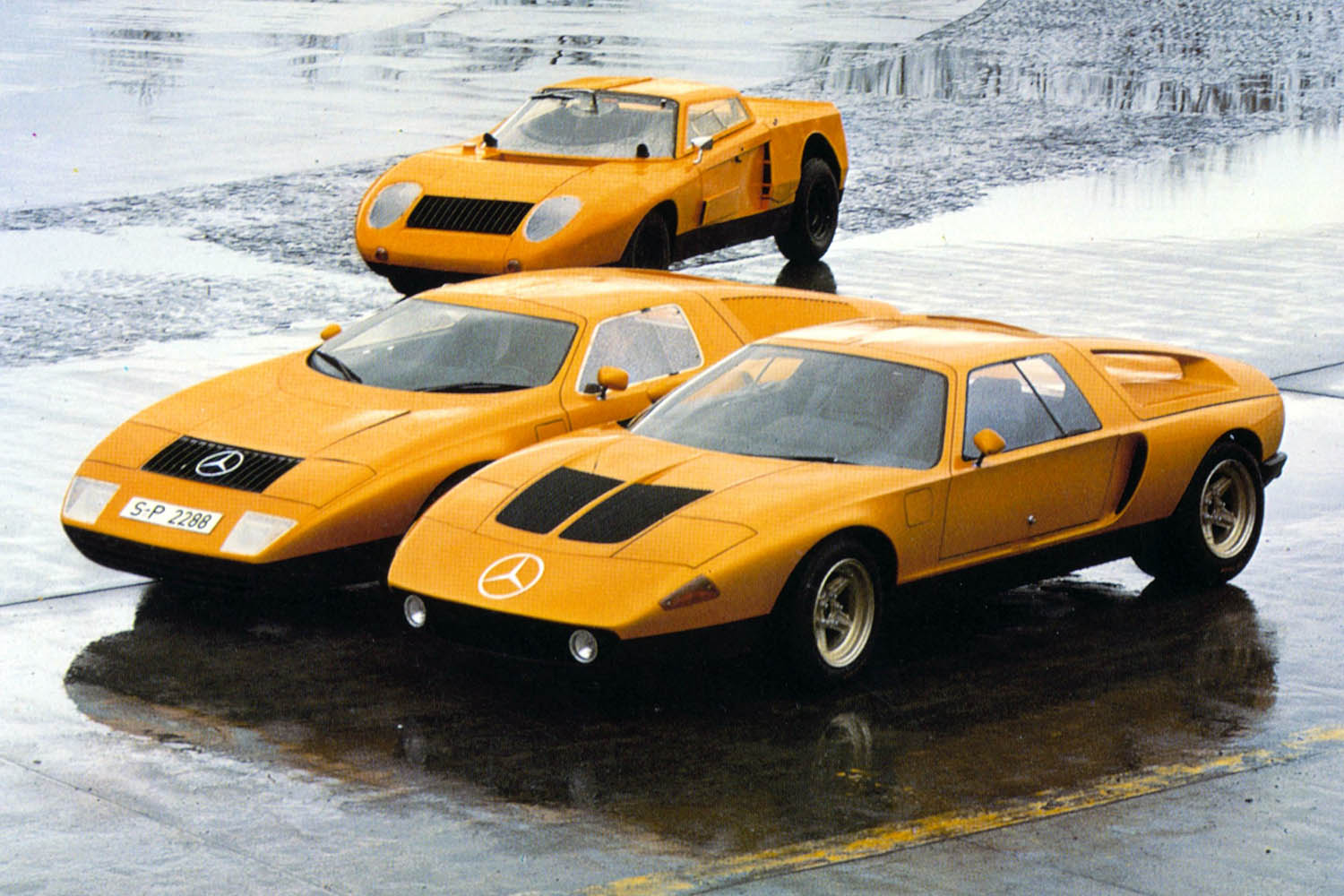 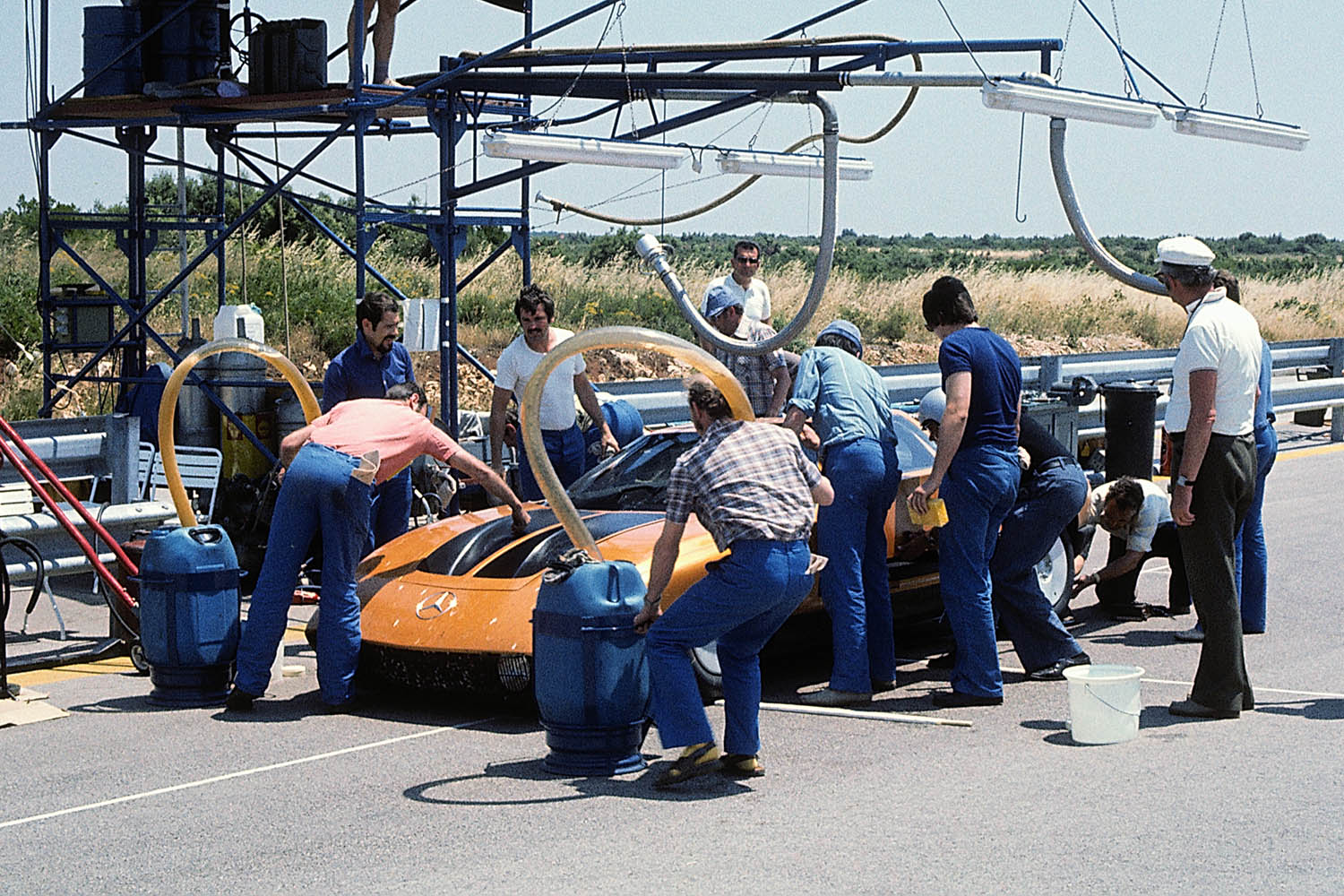 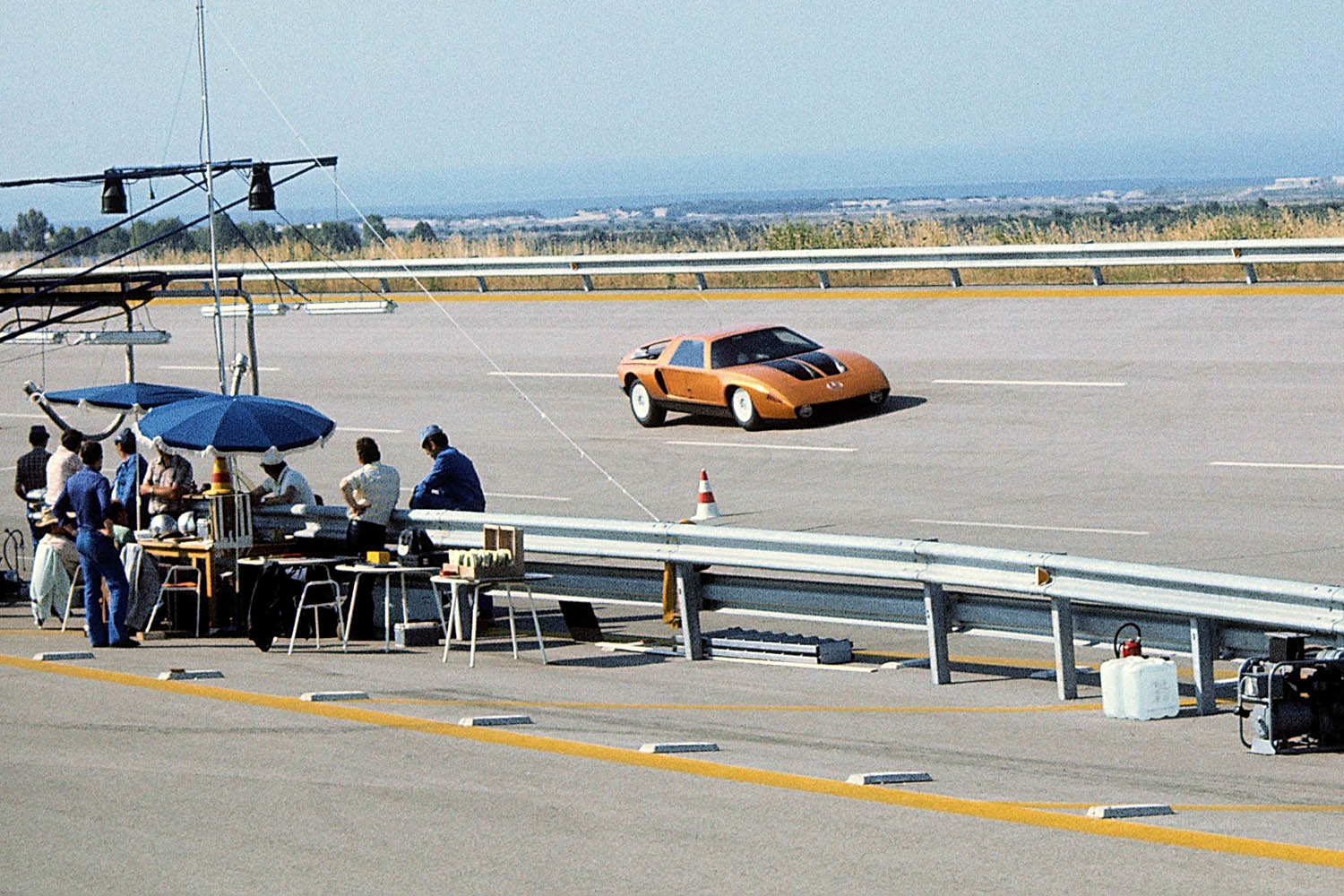 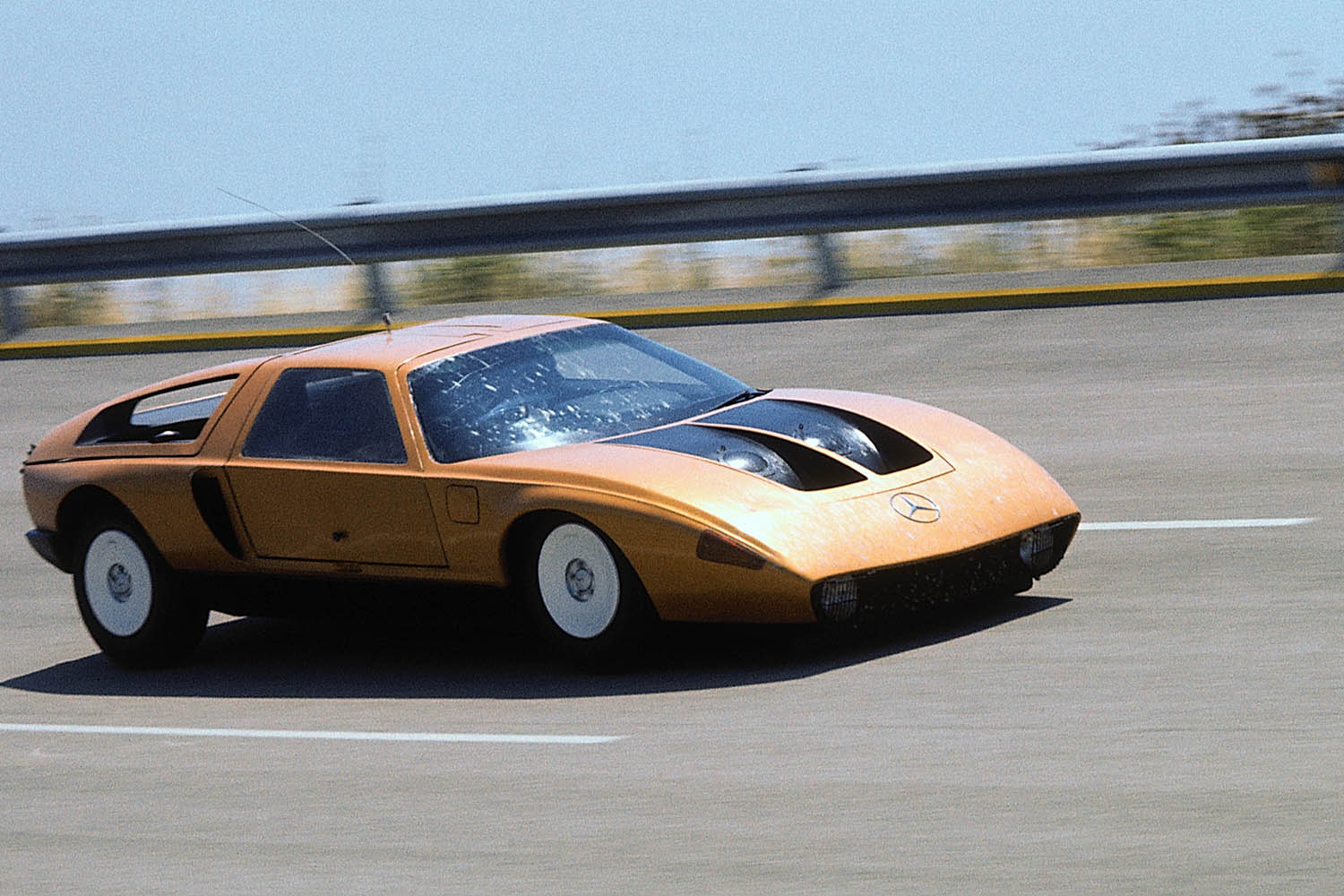 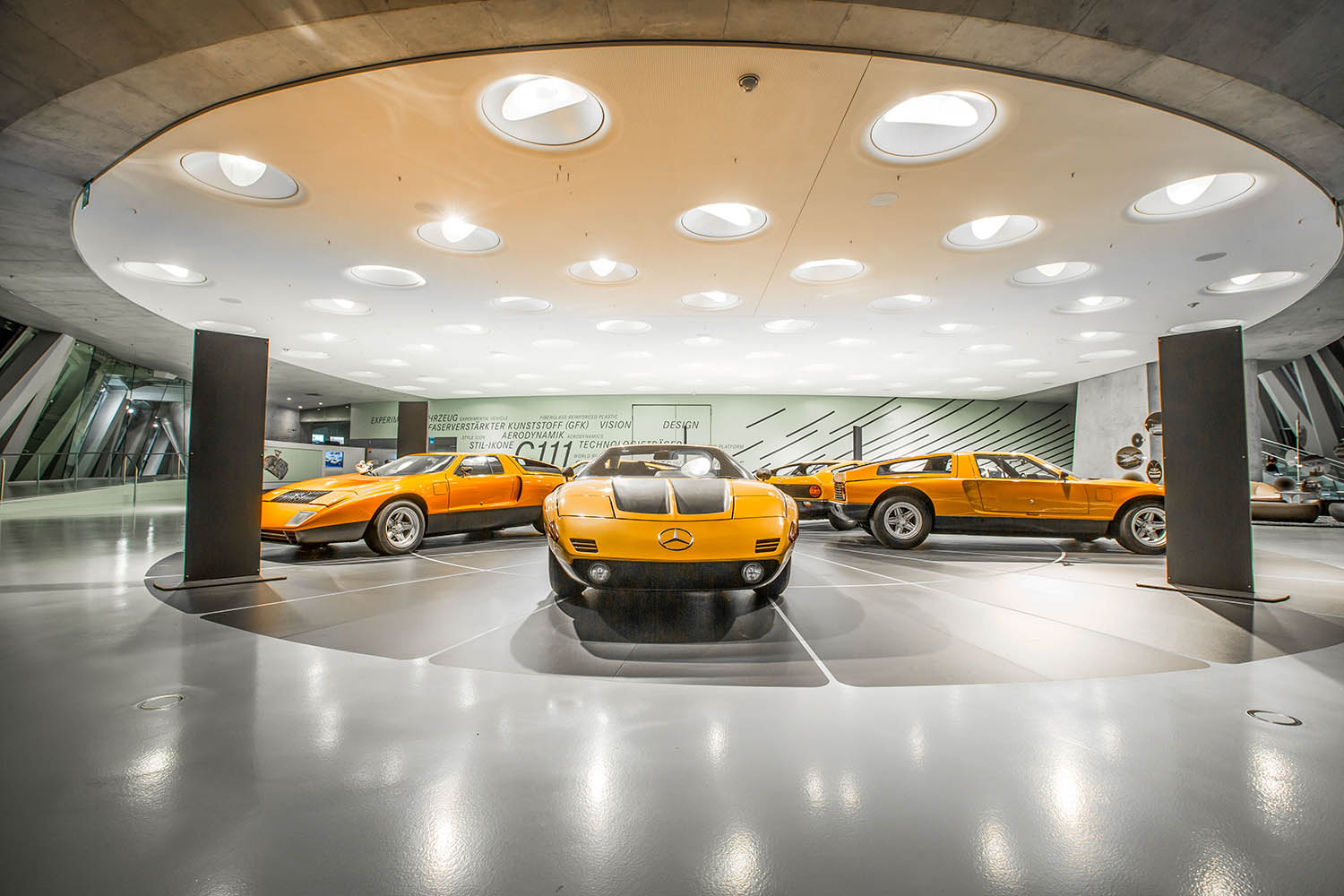 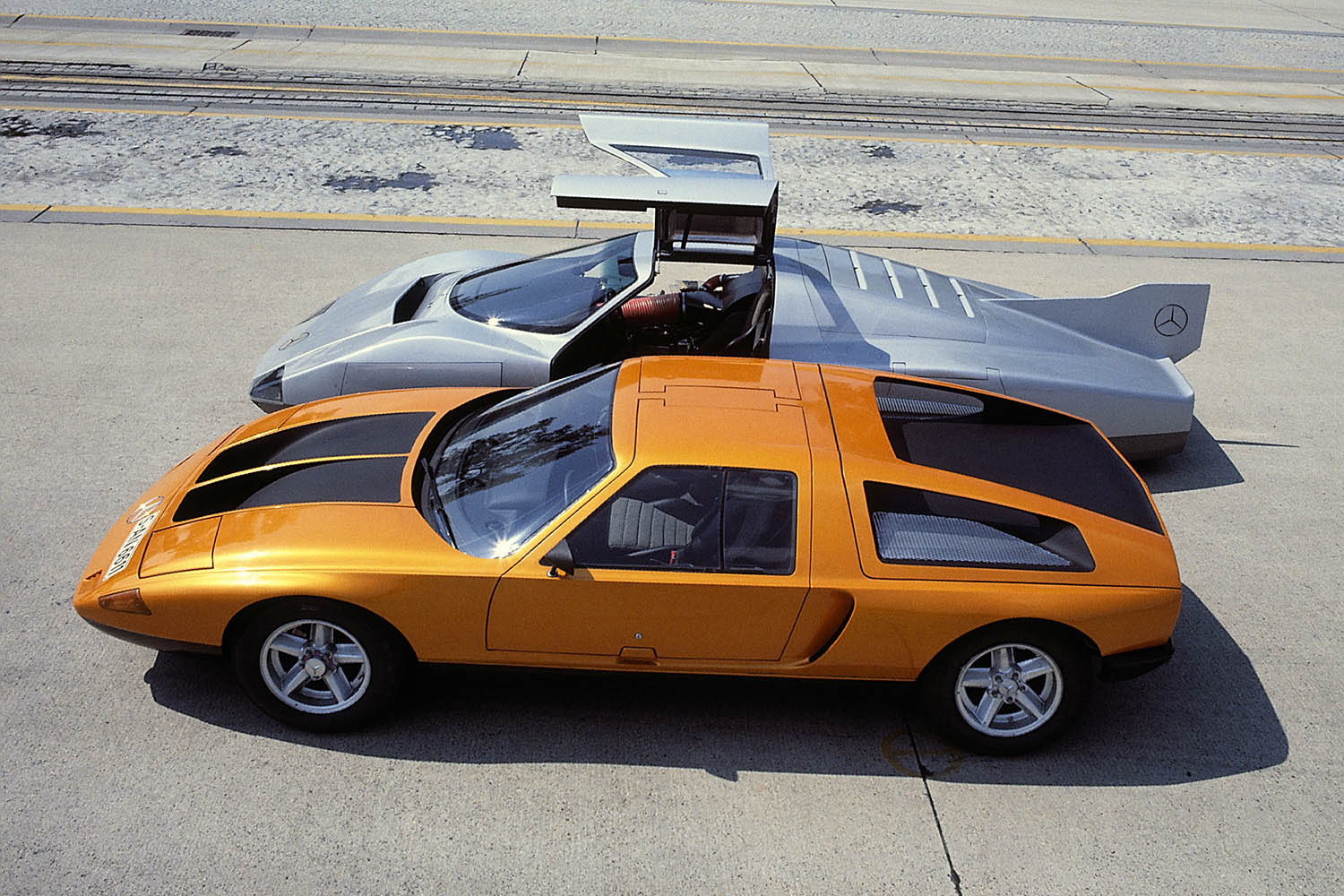 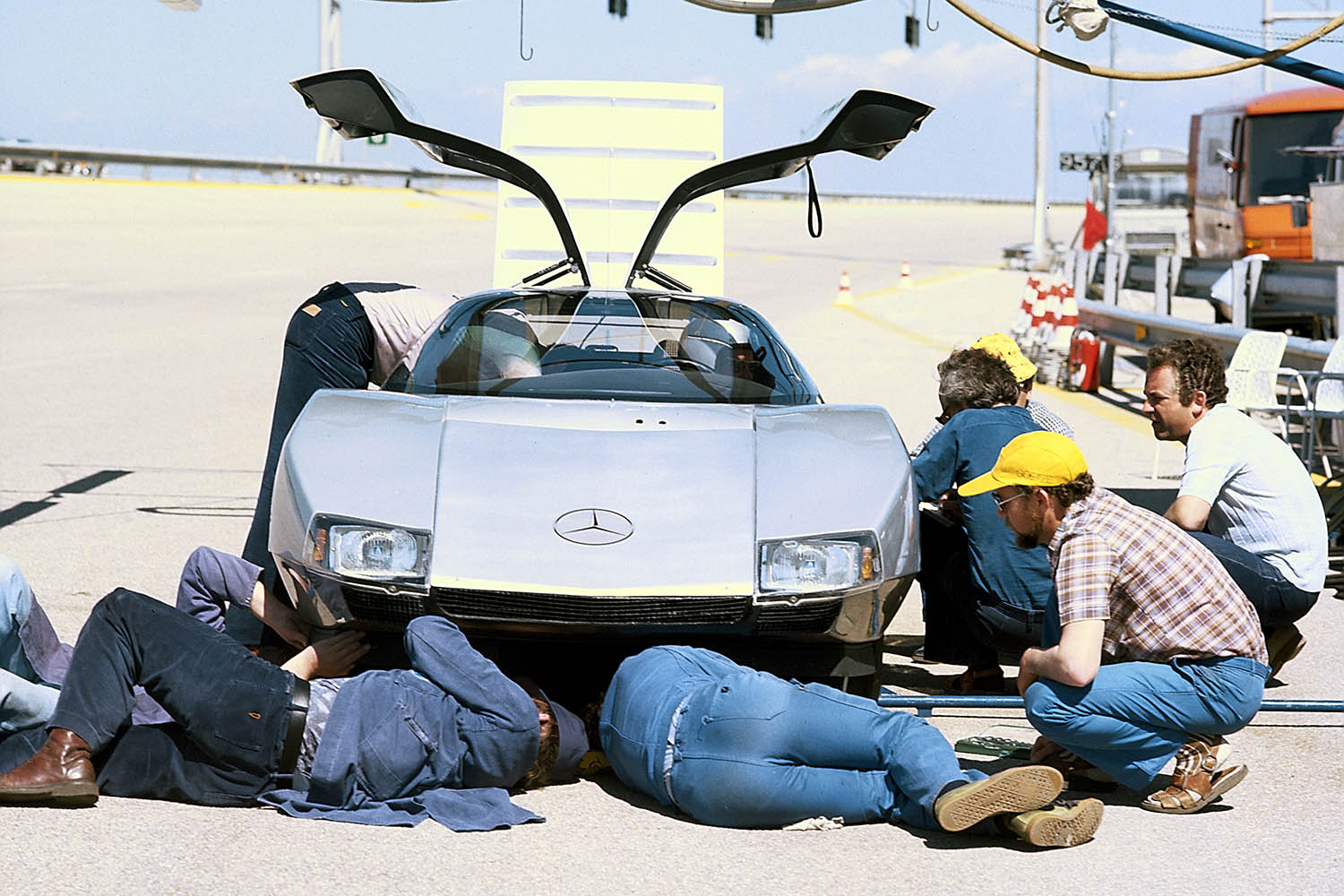 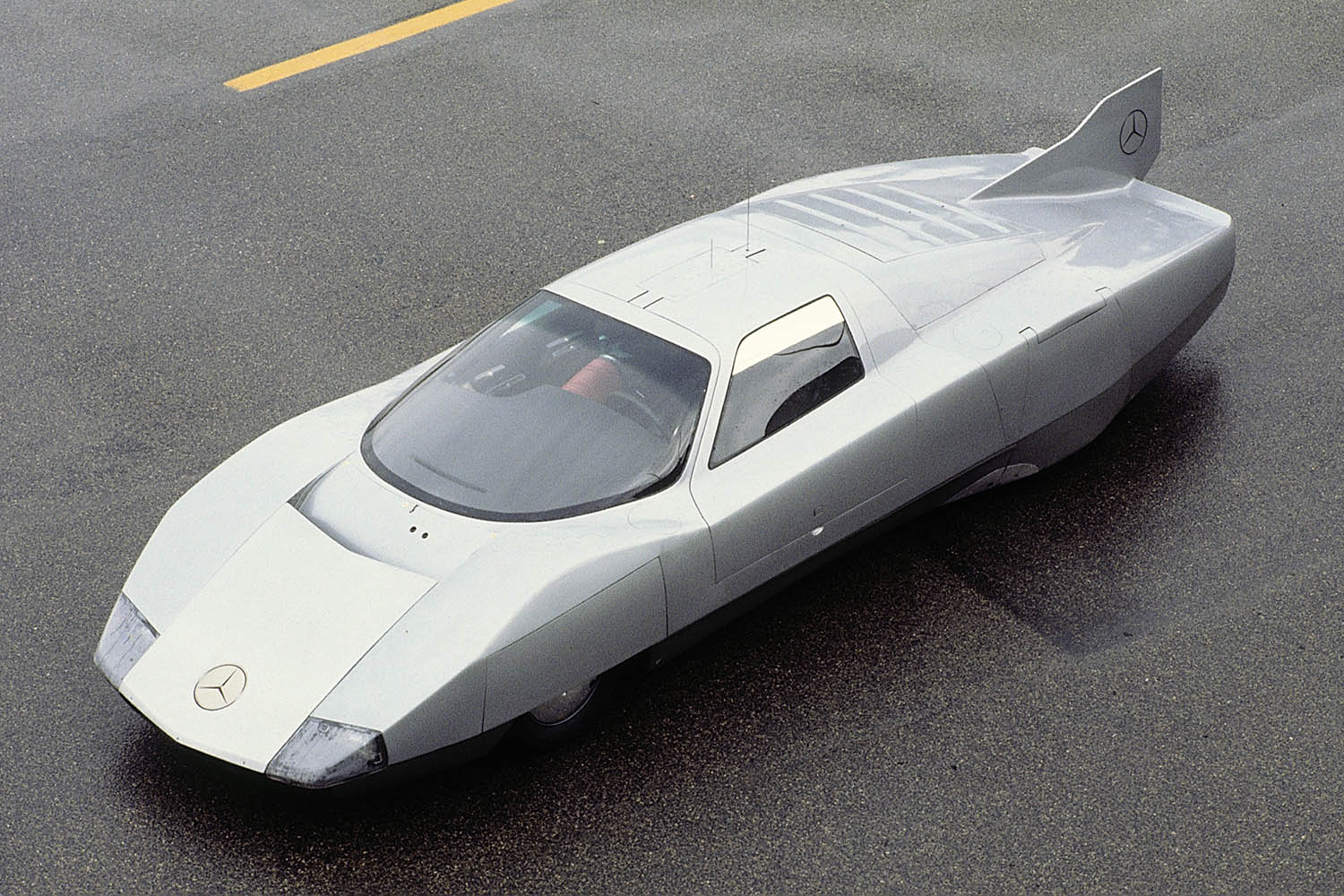 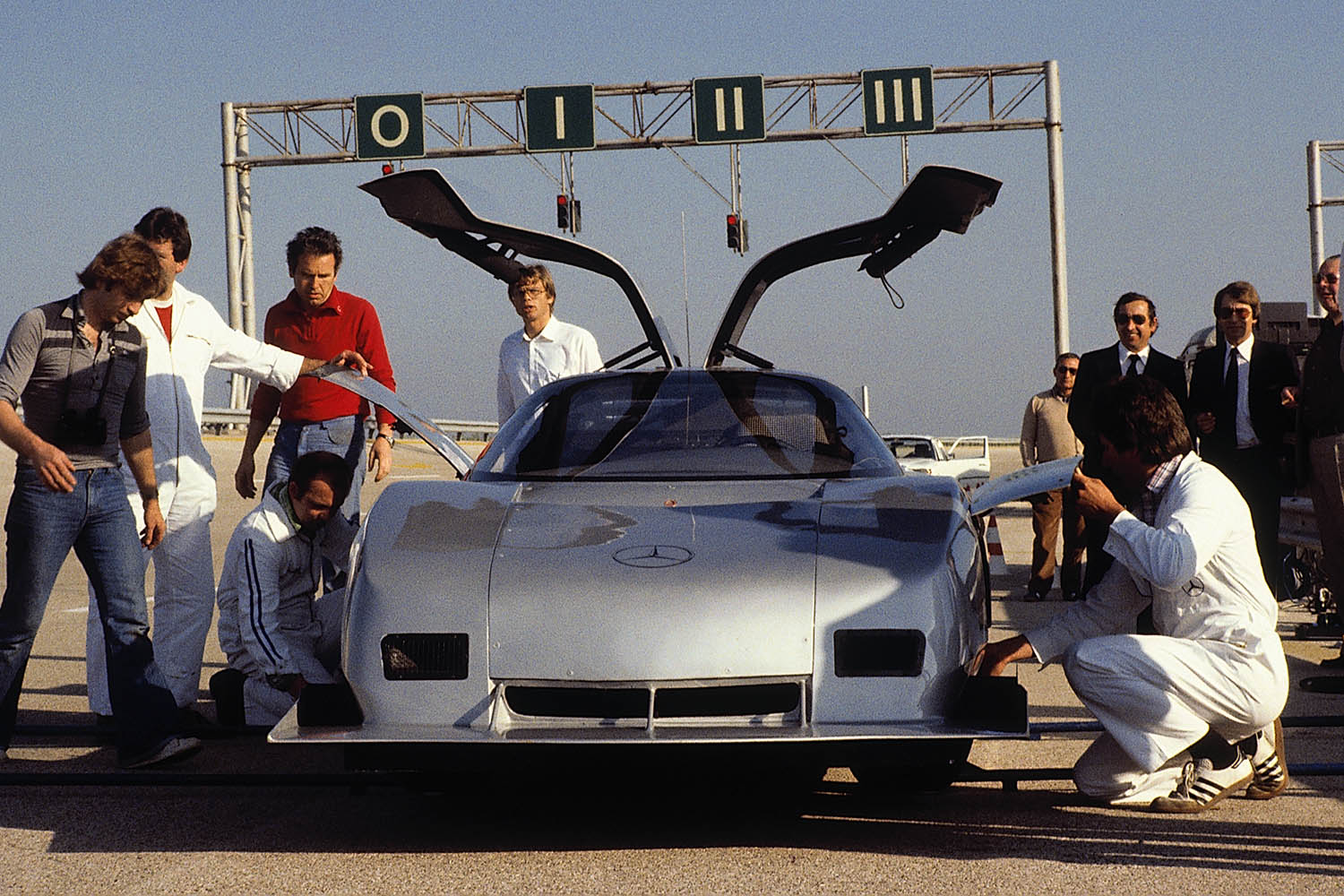 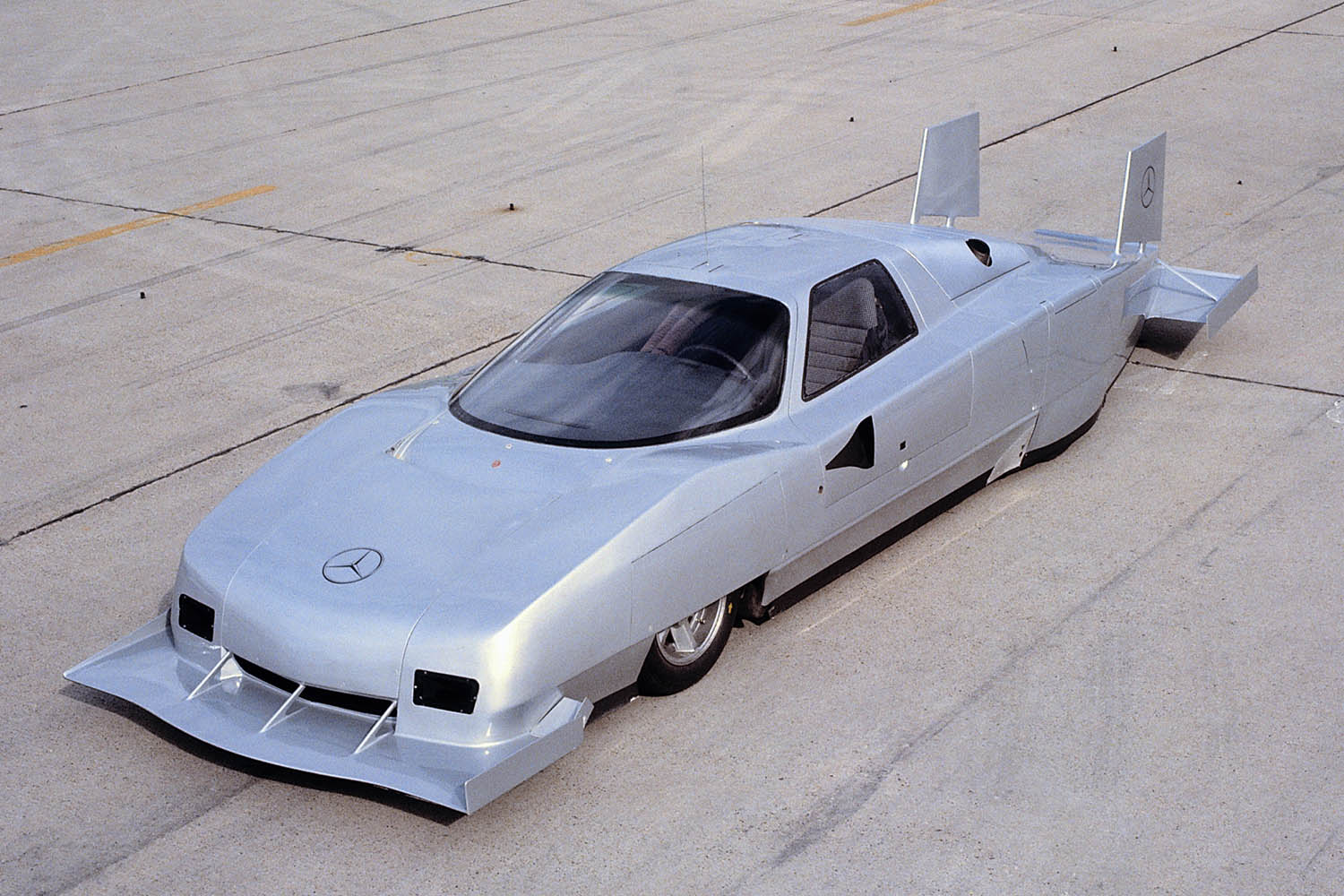