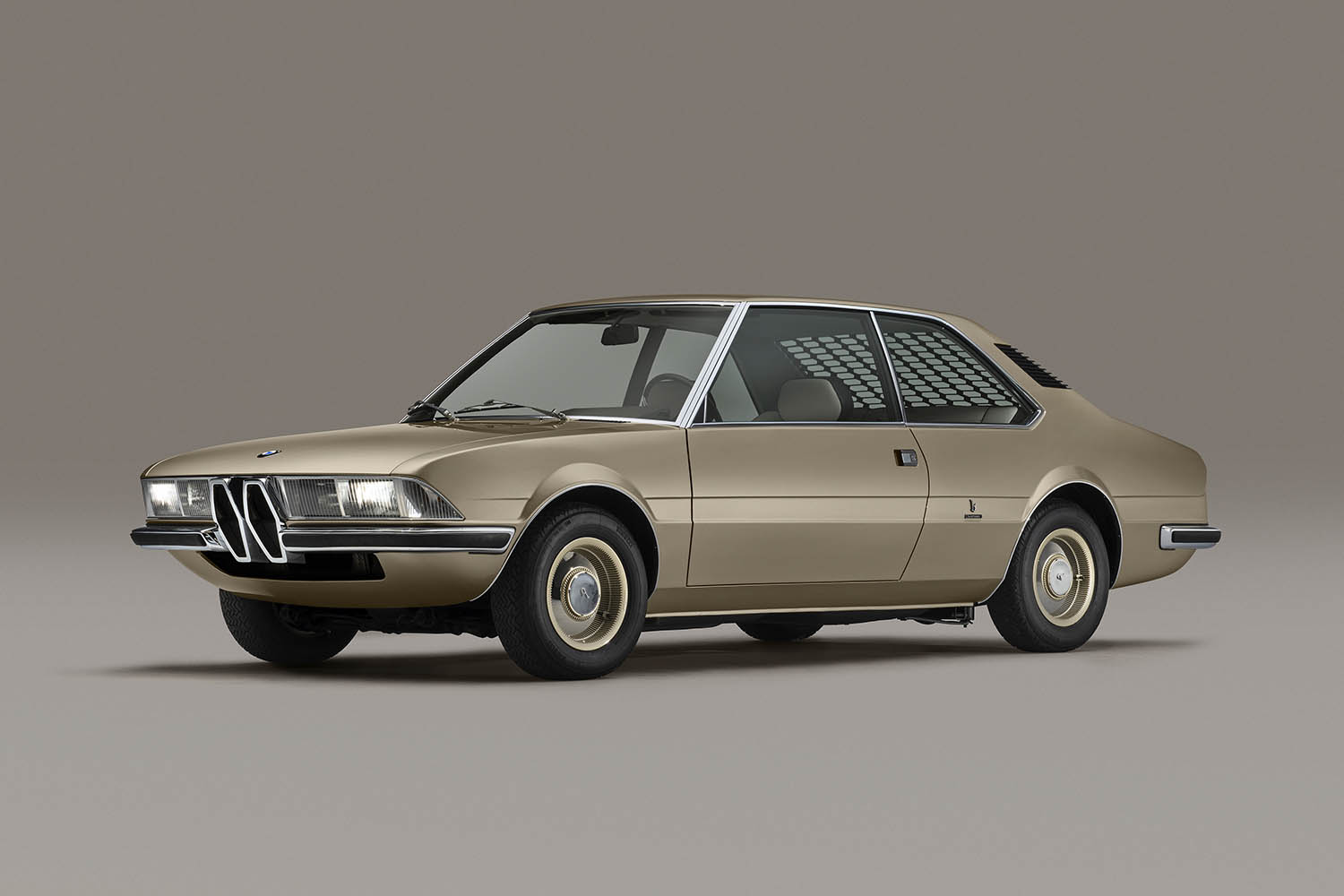 The BMW Group took the occasion of this year’s Concorso d’Eleganza Villa d’Este to unveil the recreation of the BMW Garmisch, a classic concept car that was designed by Marcello Gandini for Bertone and then vanished after its debut at the Geneva Motor Show in 1970. With the newly created car, BMW pays respect to one of Italy’s most influential car designers and adds an exciting chapter to the company’s history.

Since the early days of the brand, BMW has been inspired and influenced by Italian design and coachbuilding culture. From the lightweight aluminium BMW 328 Mille Miglia created at Carrozzeria Touring in the late 1930s to the wedge-shaped BMW M1 designed by Giorgetto Giugiaro, there has always been a vital exchange of concepts and ideas across the Alps. And just like many other Italian show cars of the 1960s and 1970s, the original BMW Garmisch was developed by Bertone as an independent design proposal intended to demonstrate the studio’s creativity. “The original idea came from Nuccio Bertone himself who wanted to consolidate our existing relationship with BMW by designing a surprise show car for the Geneva Motor Show”, remembers Marcello Gandini, who was in charge of Bertone’s design department at the time.

“We wanted to create a modern mid-sized coupe that was faithful to BMW’s design language, but that was also more dynamic and even a bit provocative.” While the side profile of the car was very sleek and clean, the most distinctive design feature of the BMW Garmisch was its bold, vertical and almost angular variation of BMW’s kidney-shaped radiator grill, which was flanked by square glass-covered headlights. Other unusual details included sports car-like louvres on the C-pillars and the honeycomb-patterned mesh cover for the rear window – a trademark element of Marcello Gandini’s style.

Although the car was created in just a couple of months, the design team did not let the opportunity pass to give the interior their special treatment as well. With its rather unusual vertical radio on the centre console, a lavish fold-out mirror for the passenger and a flamboyant mix of colours and materials, the BMW Garmisch added an elegant Piemontese twist to the rather functional interior design habits of the time. According to Marcello Gandini, even the car’s name was chosen to impress: “We picked the name Garmisch because skiing was very popular in Italy at that time. It evoked dreams of winter sports and alpine elegance.”

Being faithful to the original car, the new BMW Garmisch is also a stunning showcase of BMW’s expertise in design research and prototype building. As original documents of the BMW Garmisch were sparse, the interdisciplinary team convoked from the BMW Group Design and BMW Classic departments had to retrace every detail of the car’s exterior and interior from a small selection of period images, most of them only available in black and white.

Marcello Gandini himself contributed to the research process with memories from the creation of the car, allowing the design team to refabricate key details such as the exterior colour – a light champagne metallic in line with Italian fashion trends of the time – and the interior materials and trim. And while the BMW Design team used the latest 3D modeling technologies to revive and specify the original structures and shapes, the BMW Garmisch was coach-built by skilled craftsmen in Turin – just like the original car almost 50 years ago.

With its clean, reduced design language and precise use of lines and geometrical shapes, the BMW Garmisch is an archetype of the radical new style that was pioneered by Italian studios such as Bertone, Italdesign and Pininfarina in the late 1960s and early 1970s – and that is still an important reference point for car designers today. As an ambassador of avant-garde design thinking, the BMW Garmisch is also meant to inspire contemporary designers to keep on reimagining the shape of the automobile. 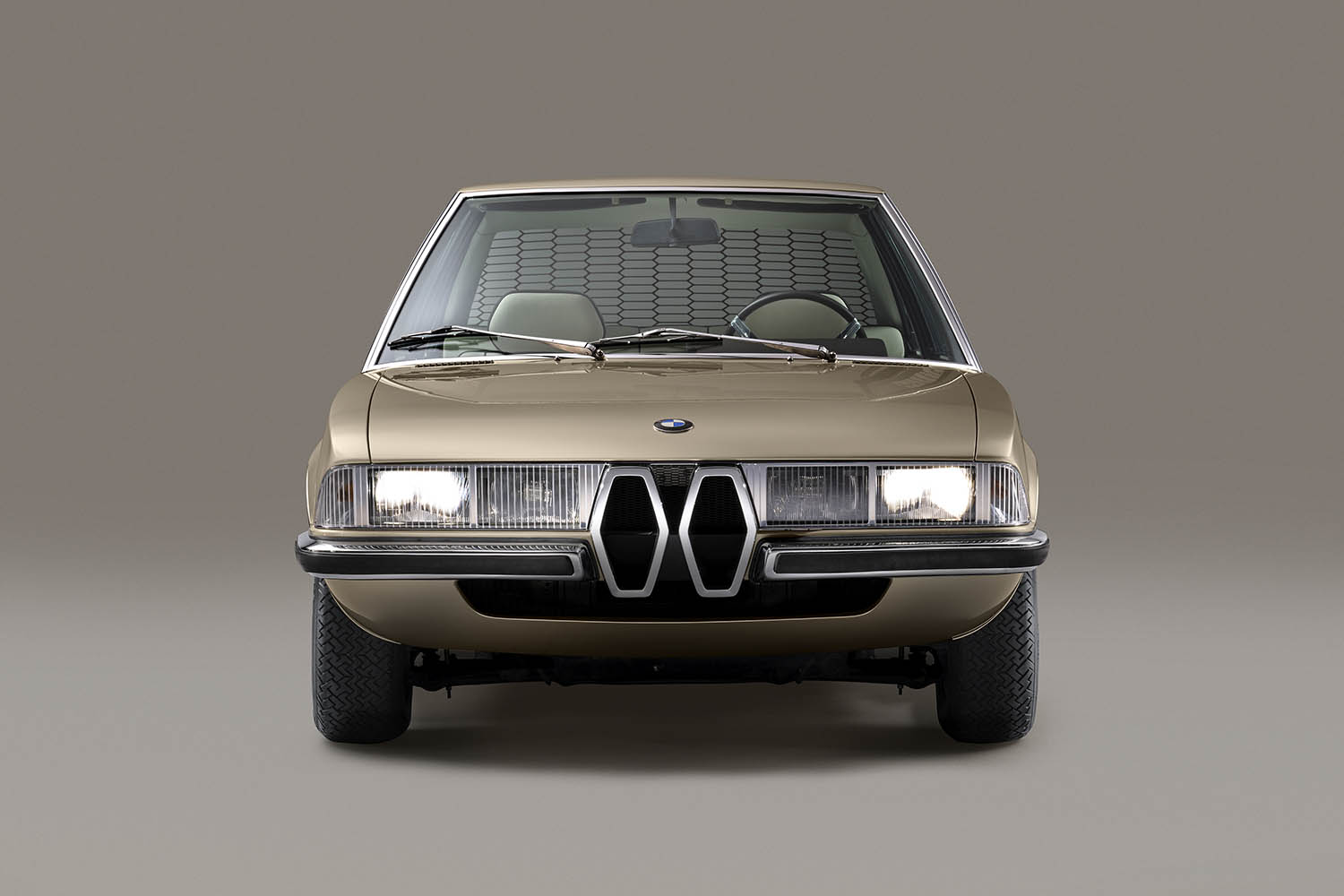 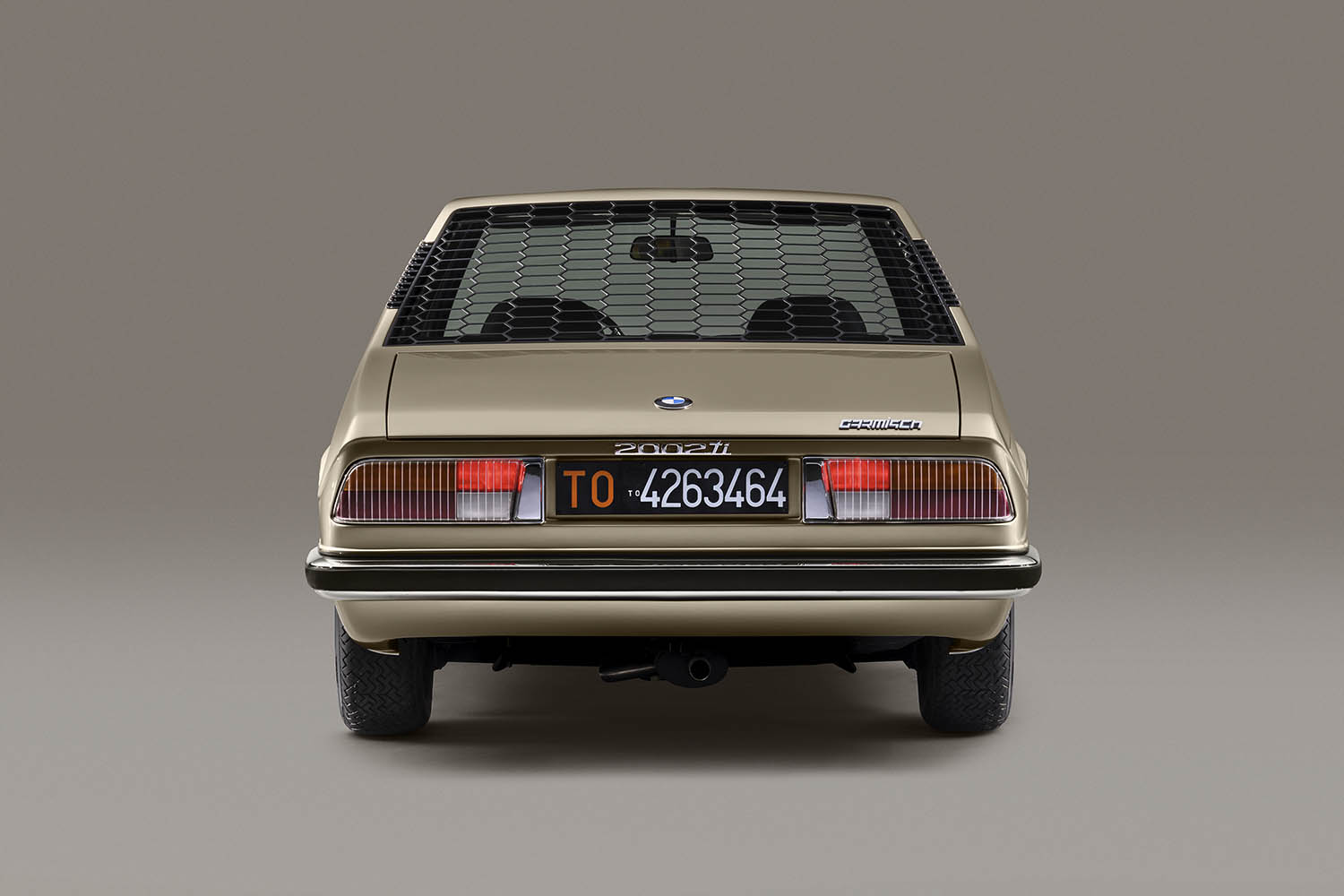 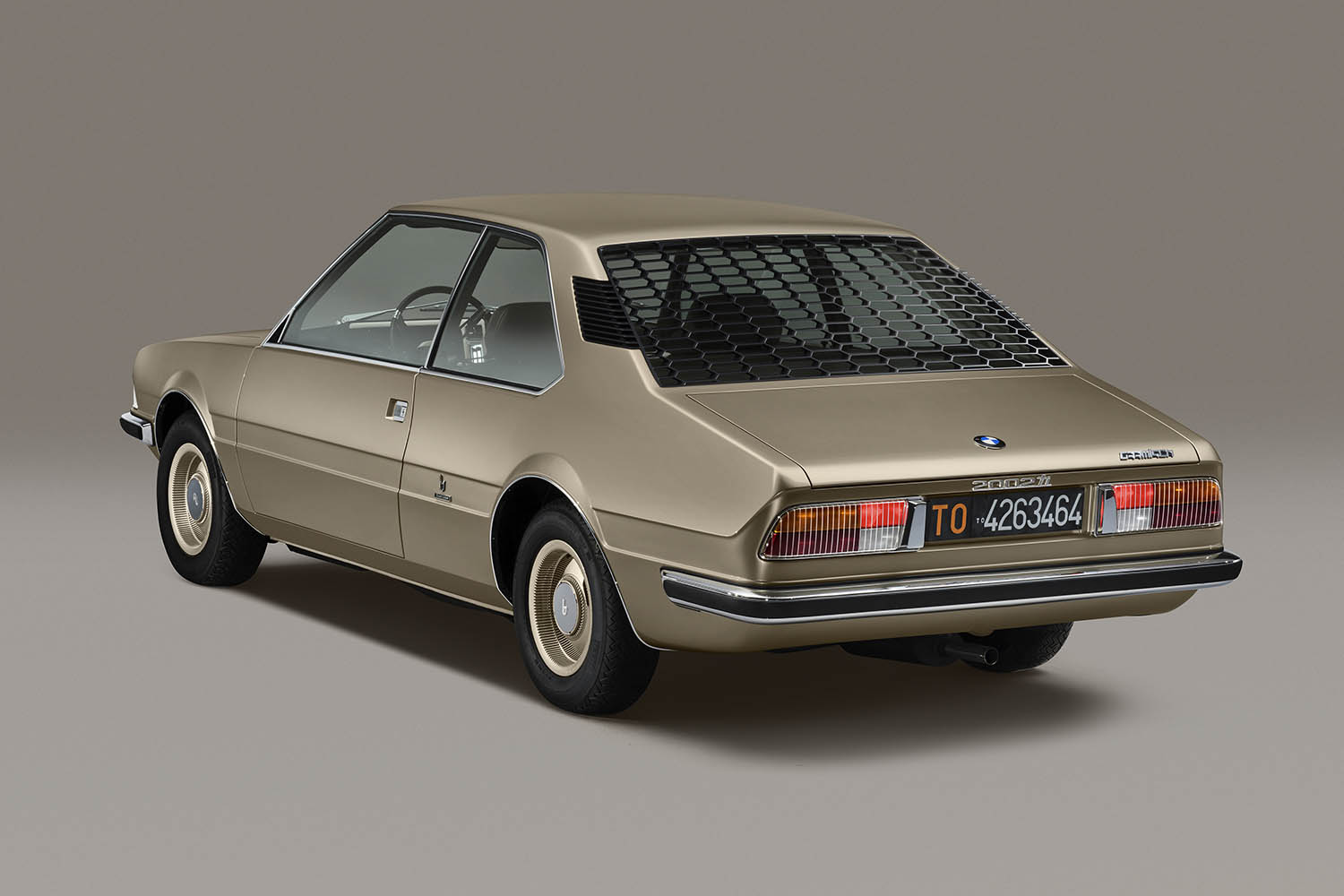 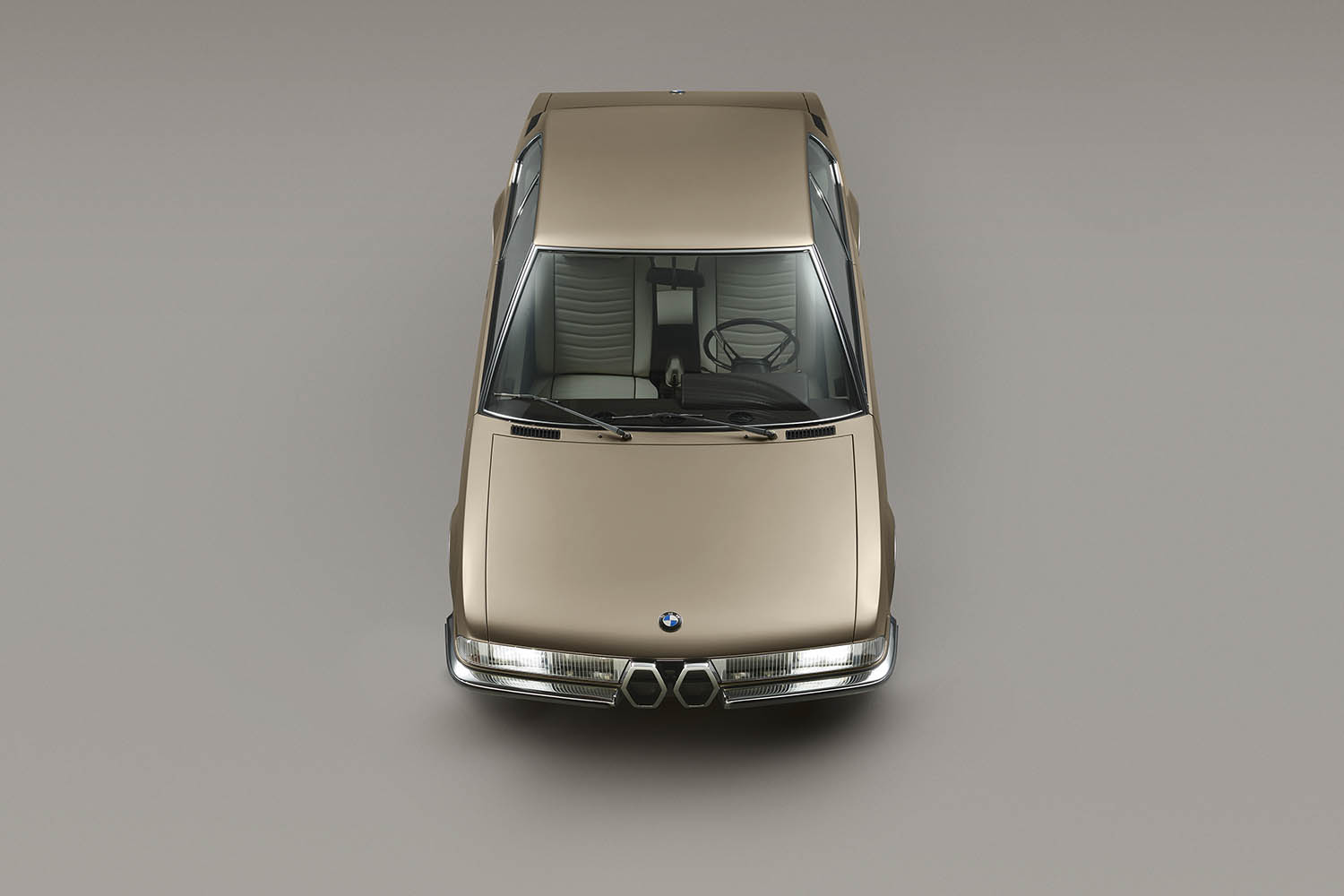 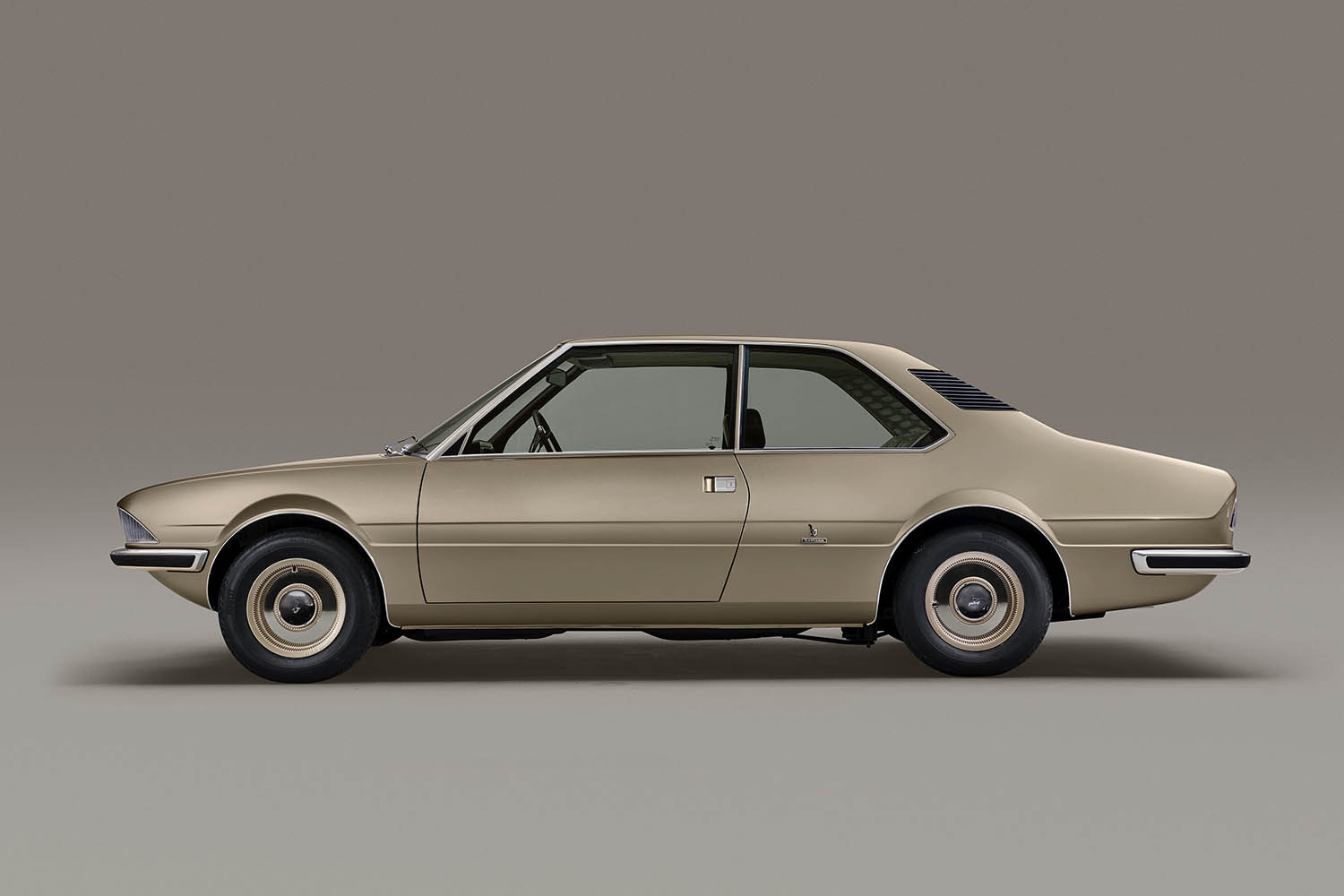 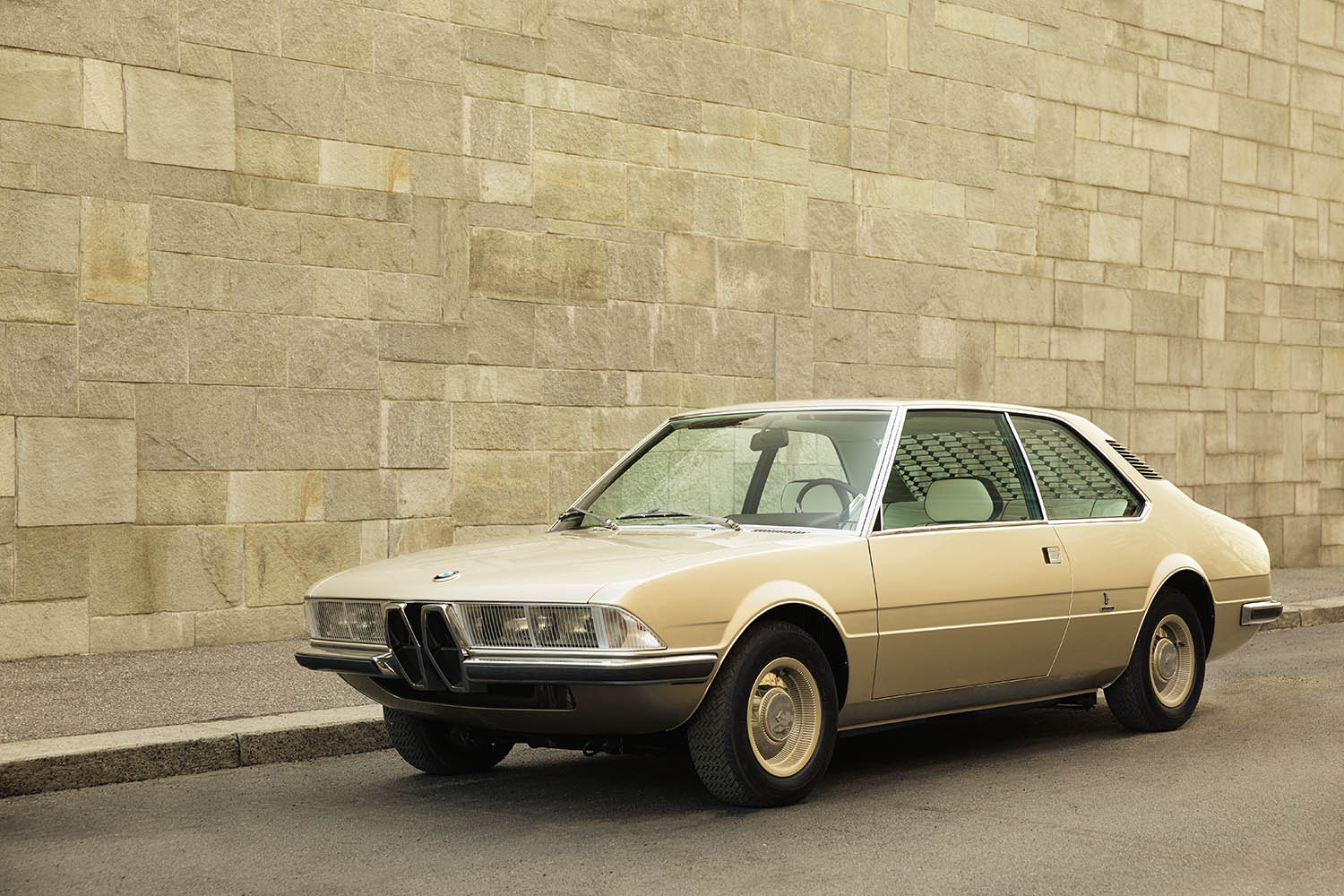 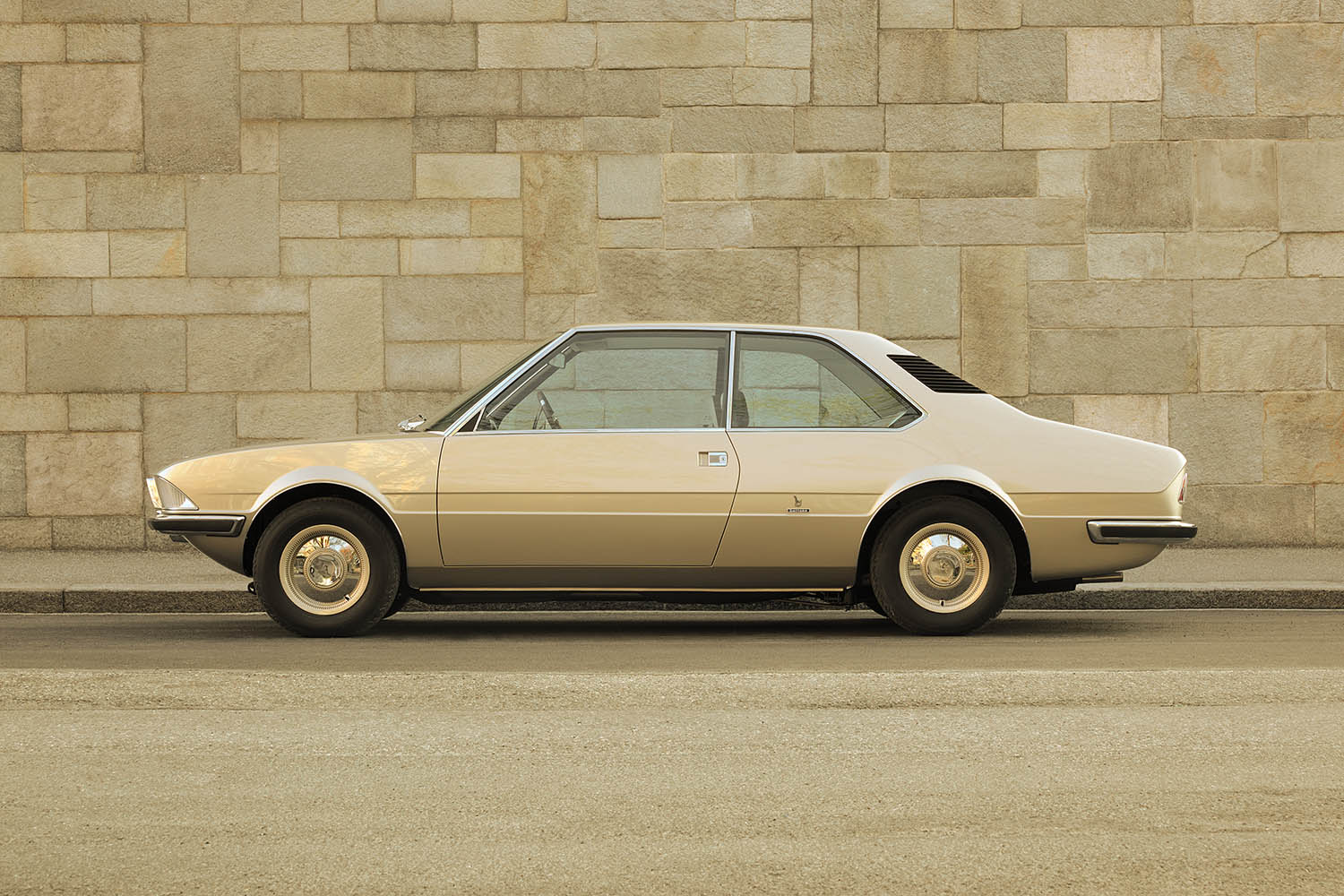 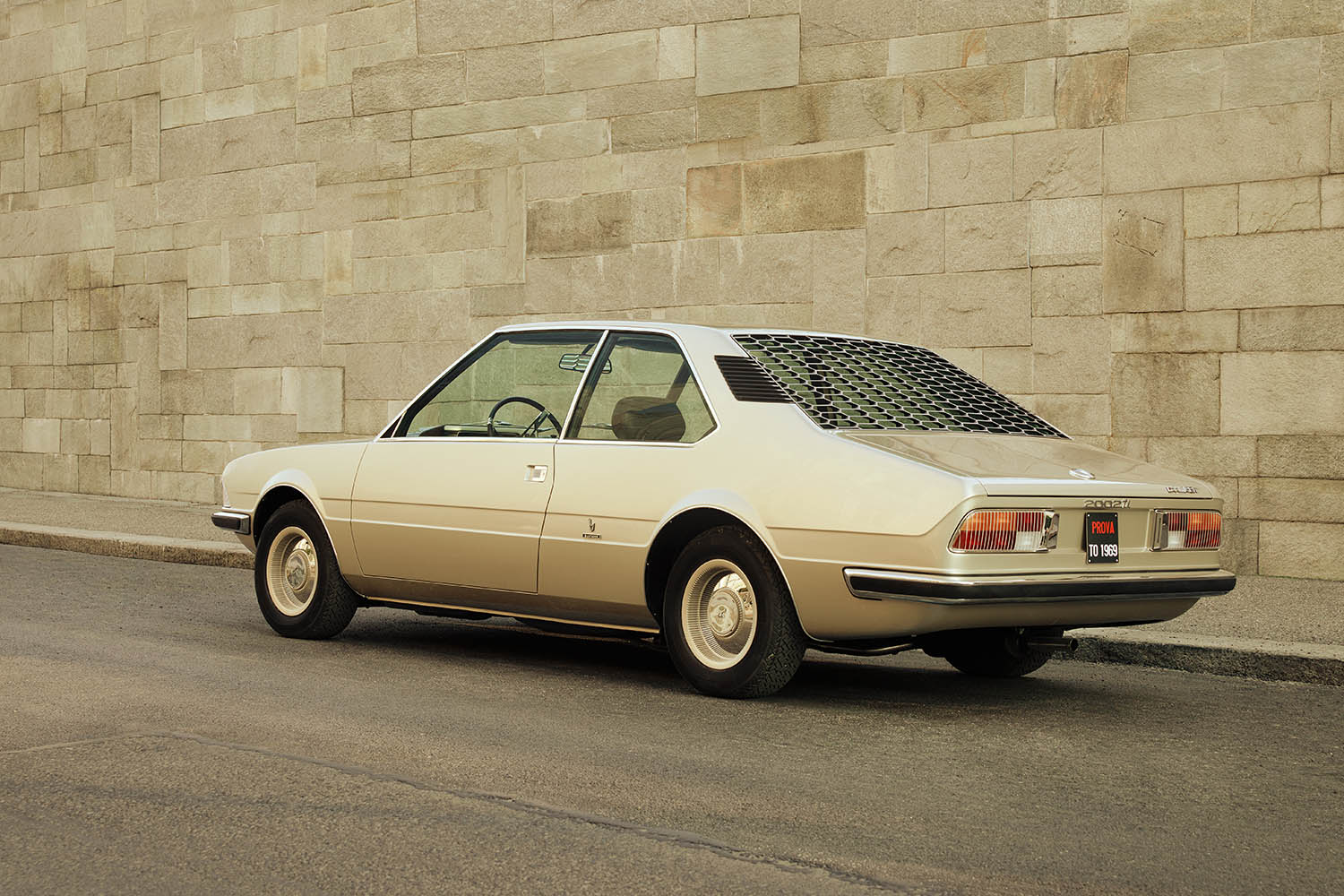 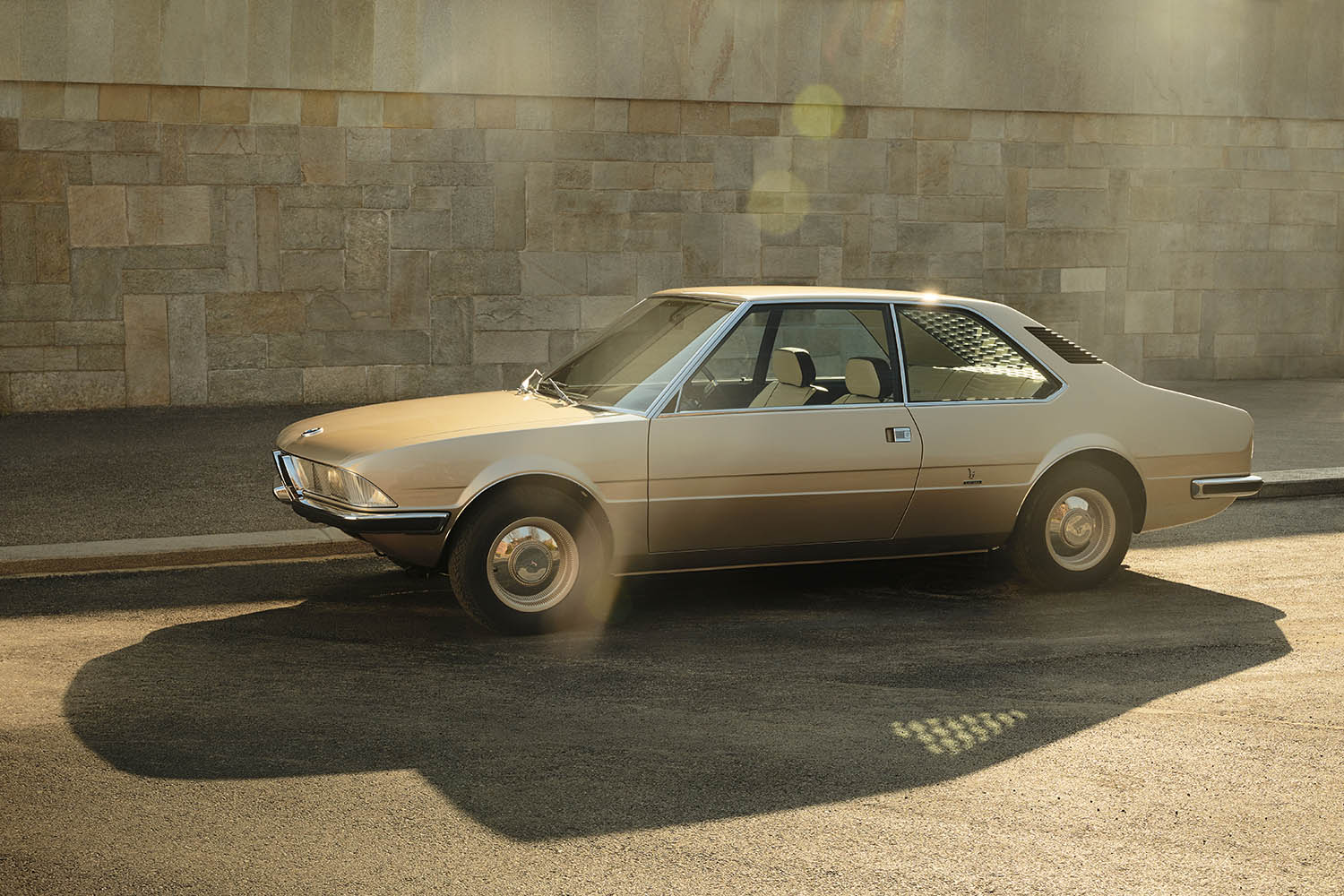 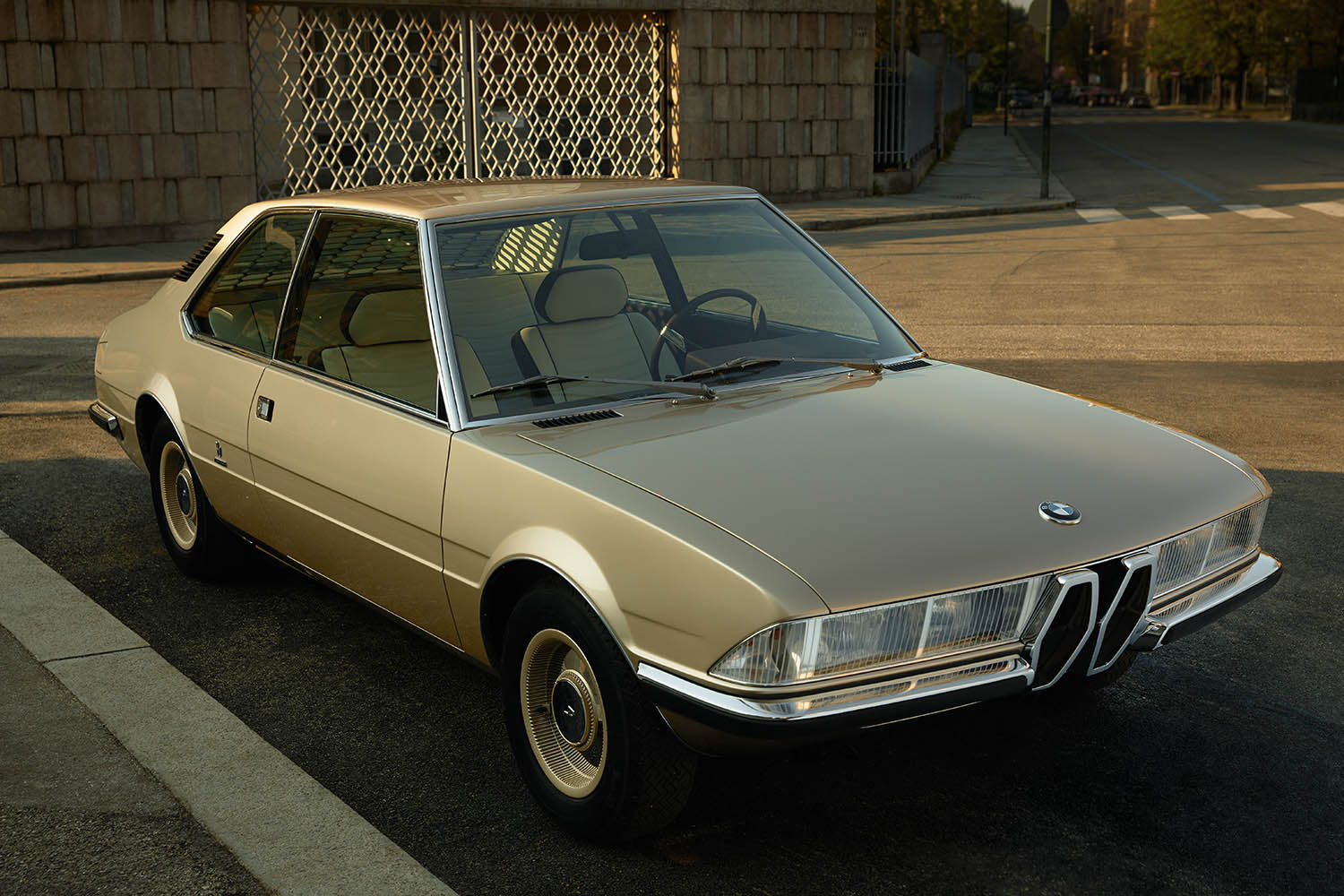 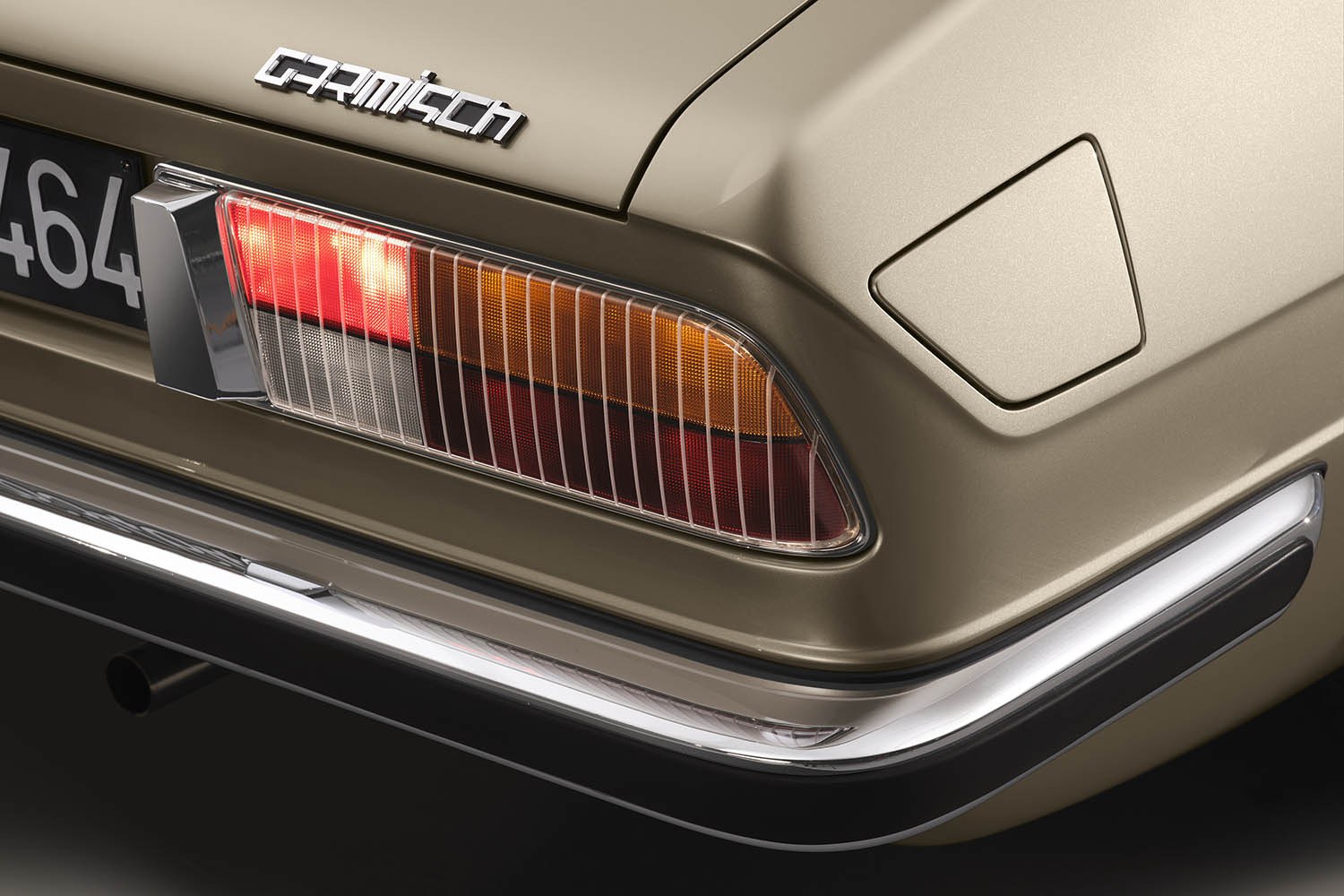 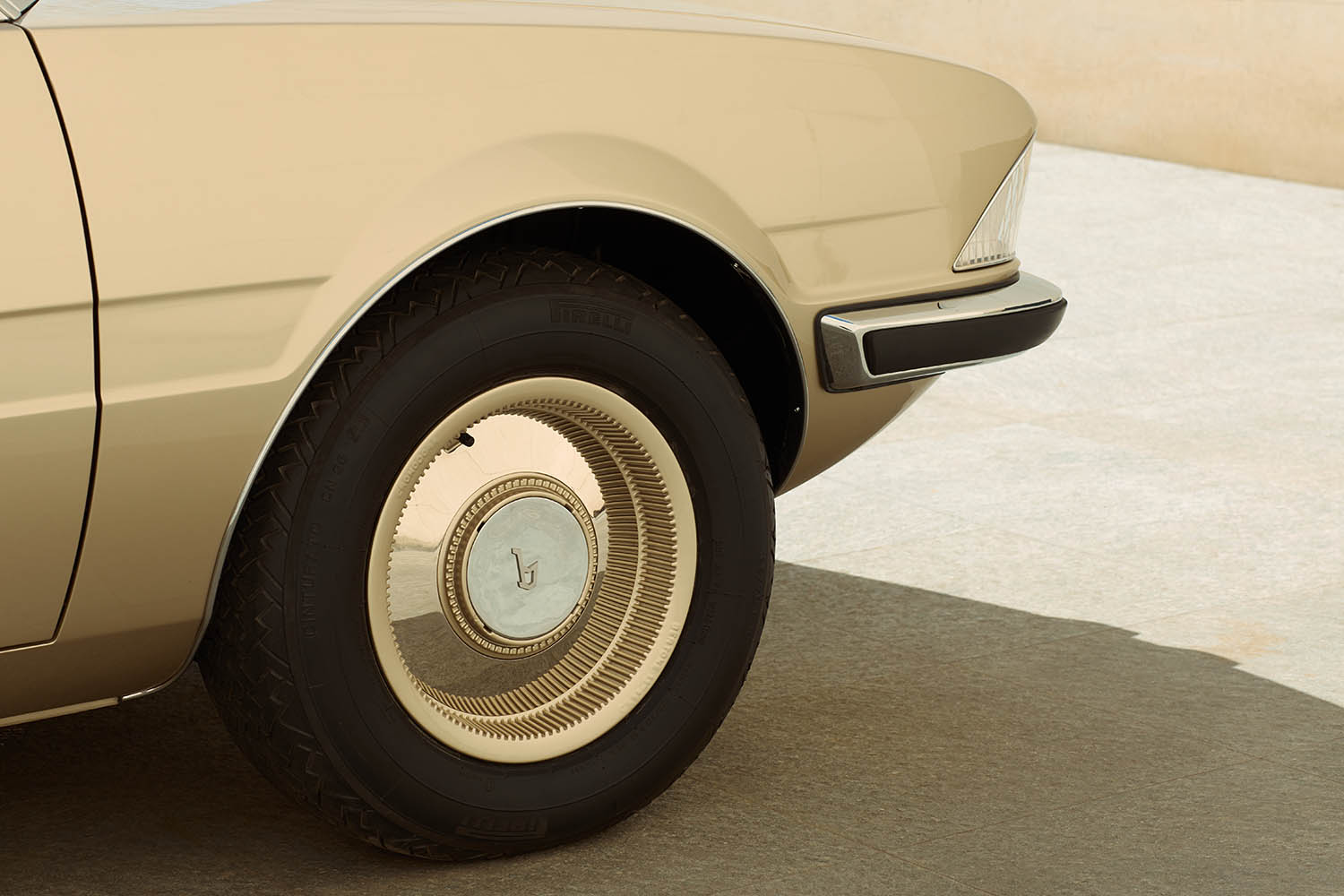 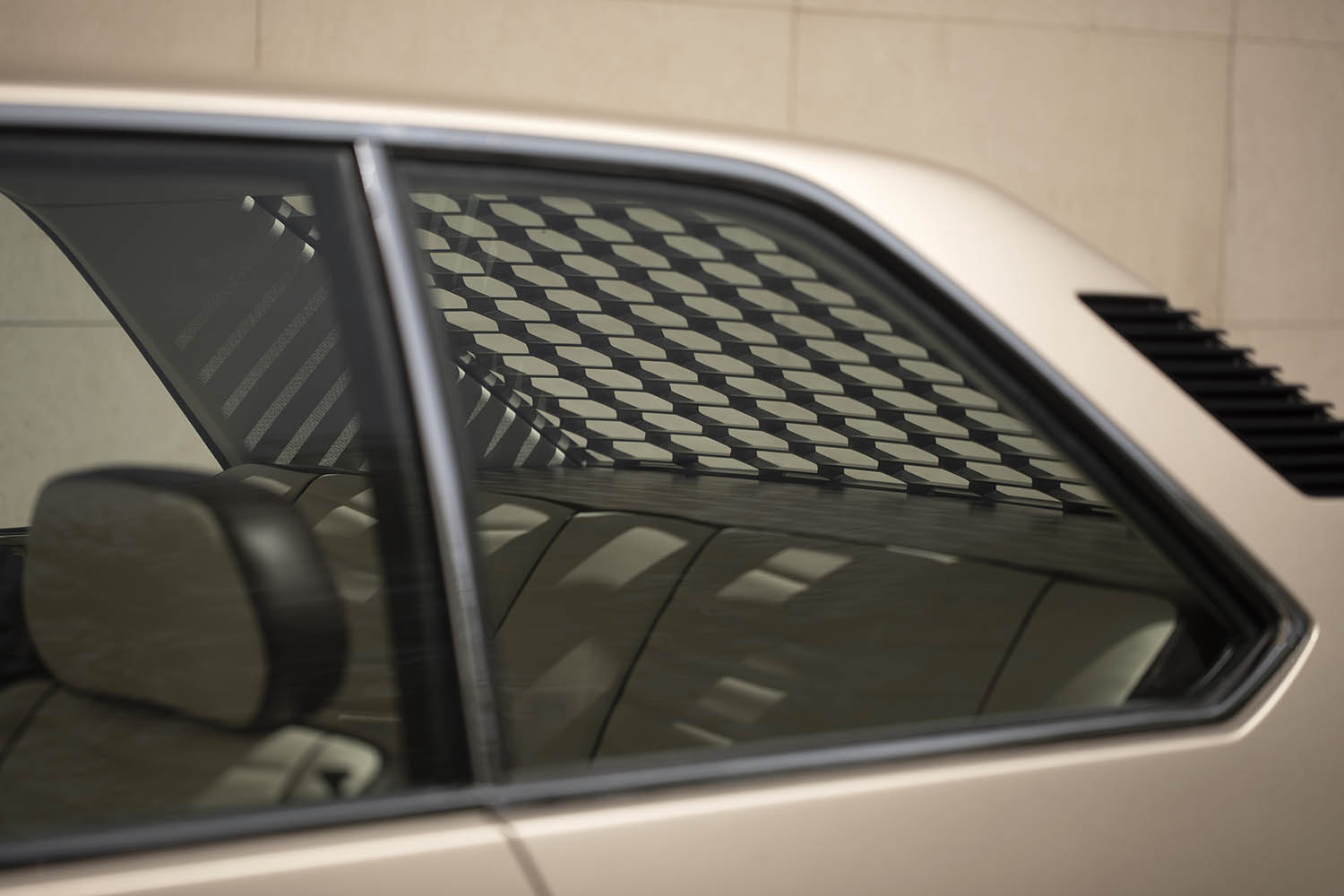 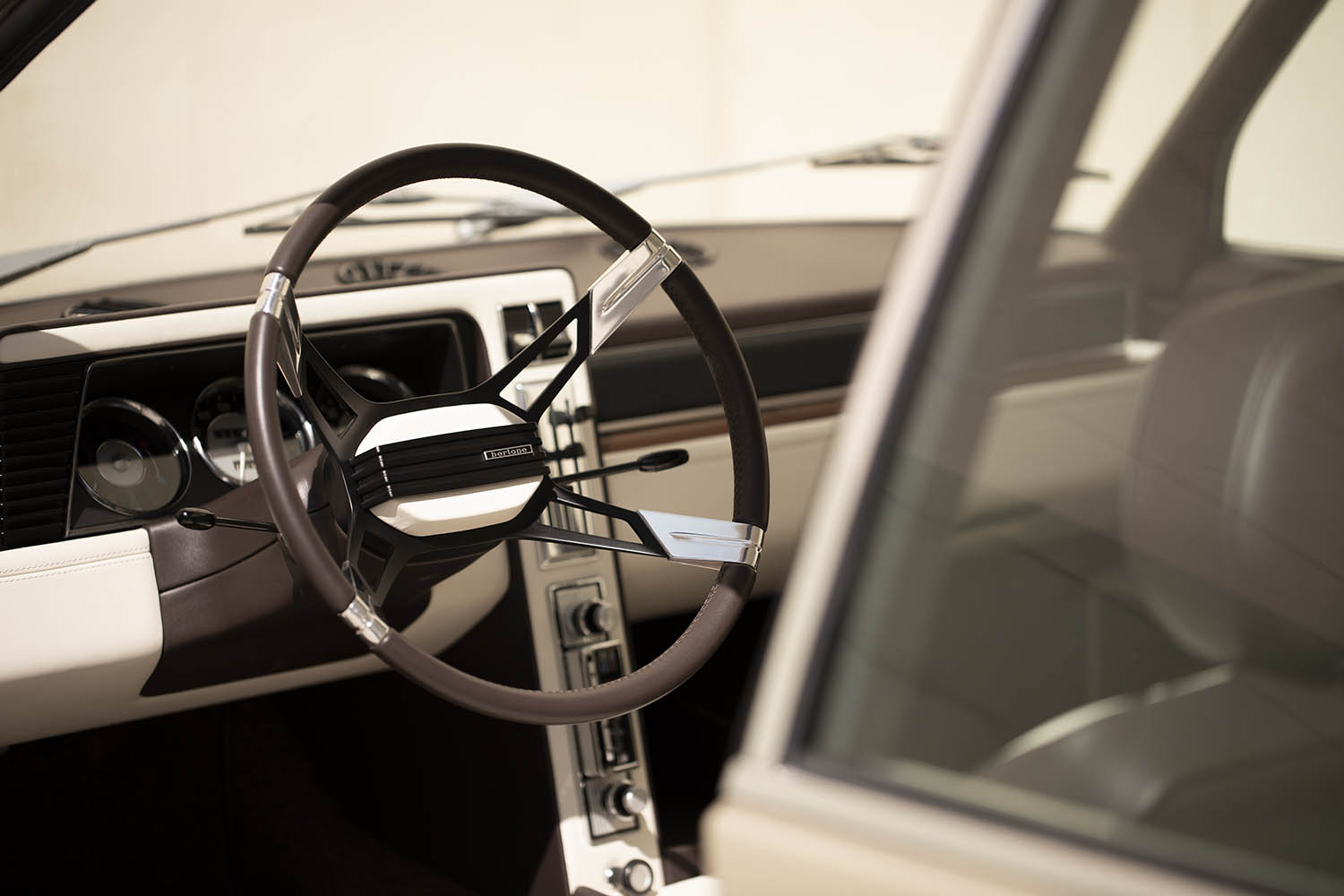 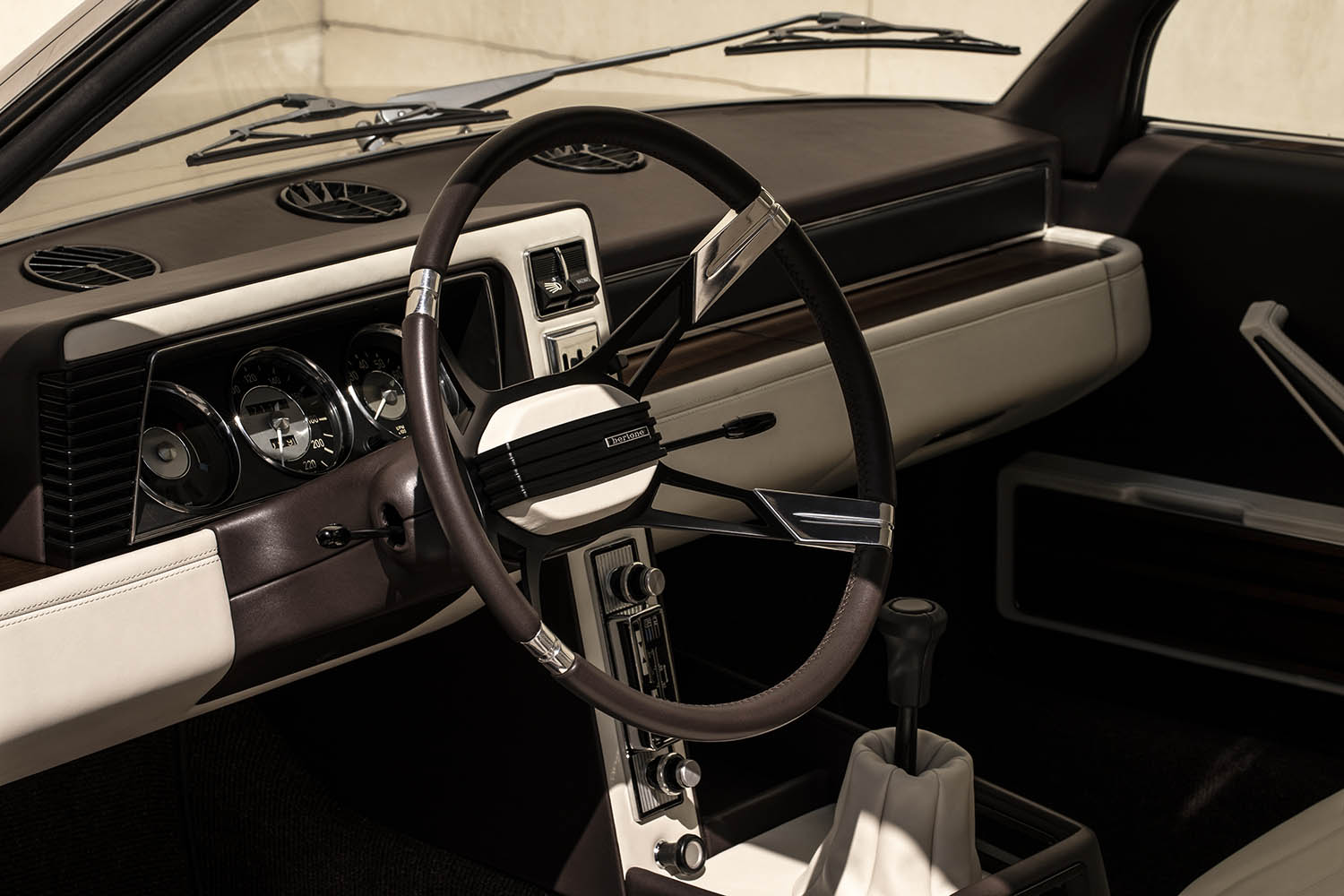 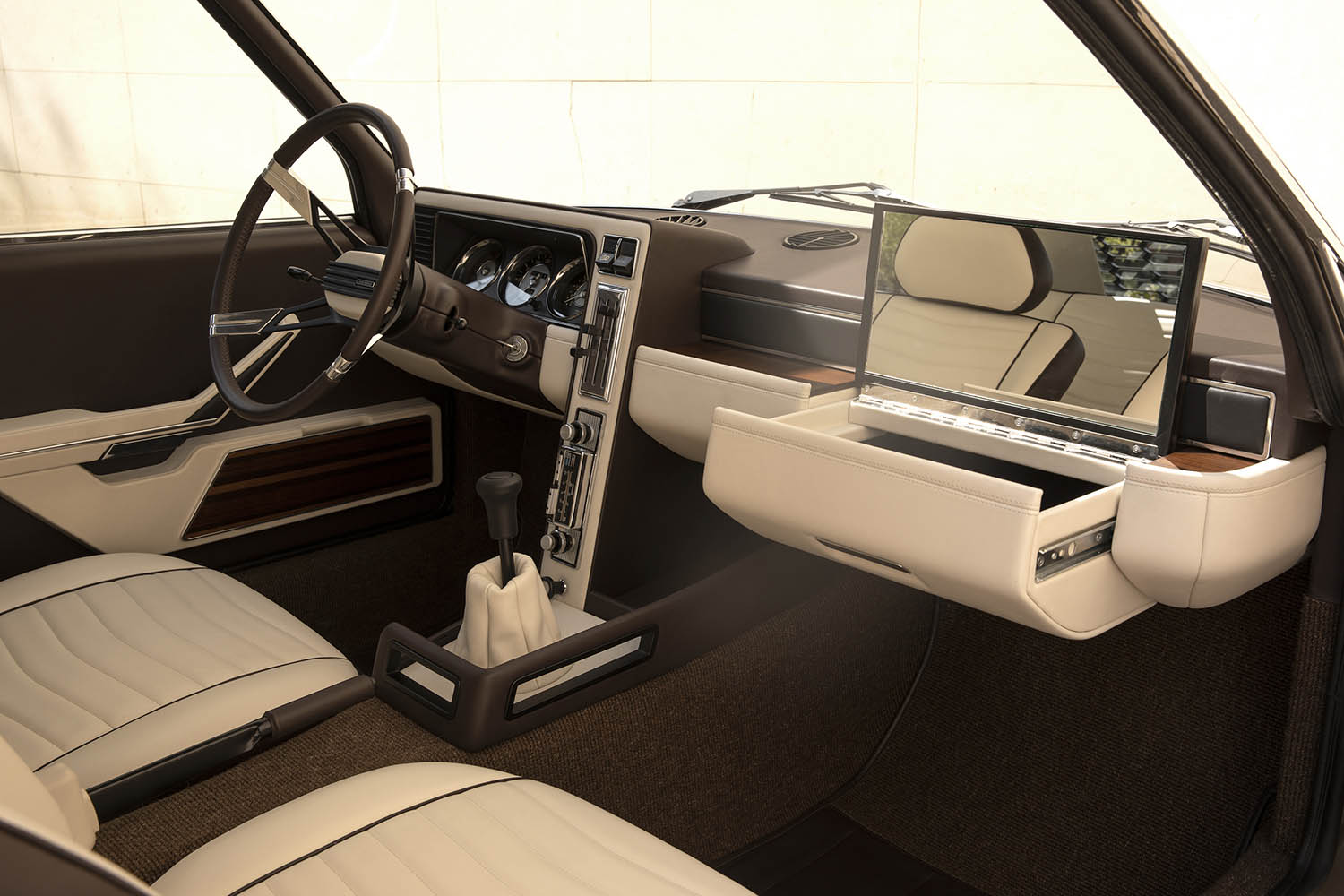 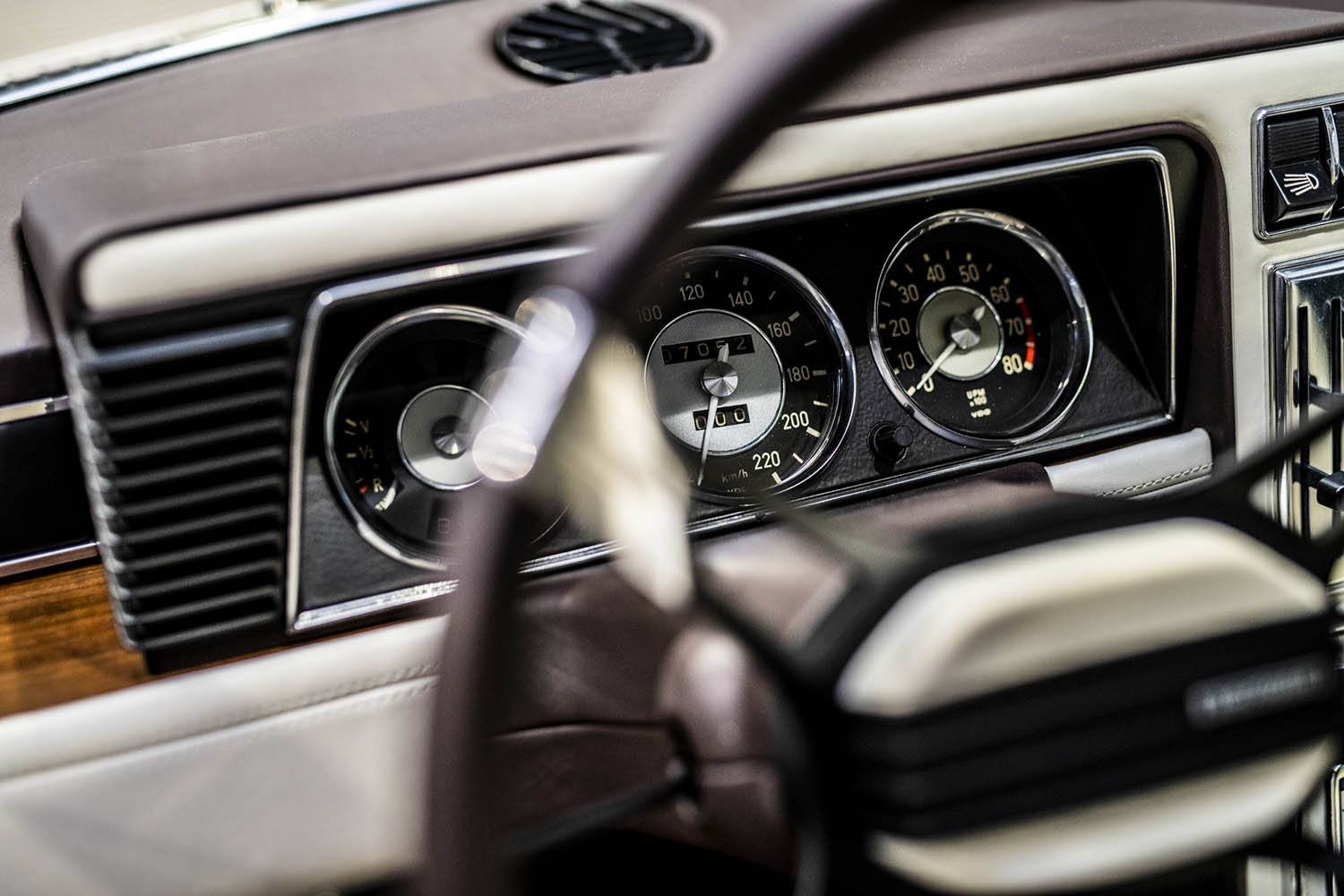 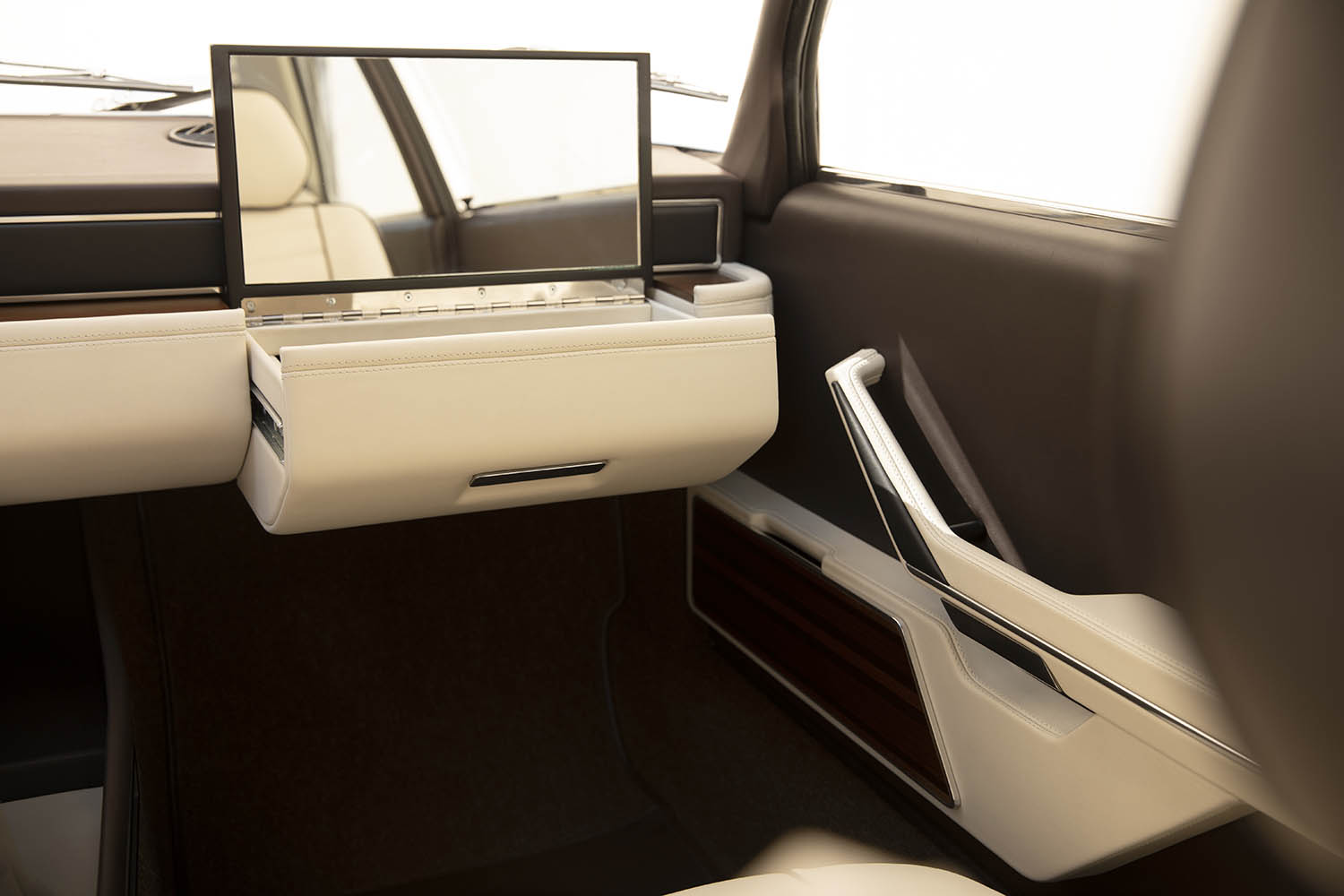 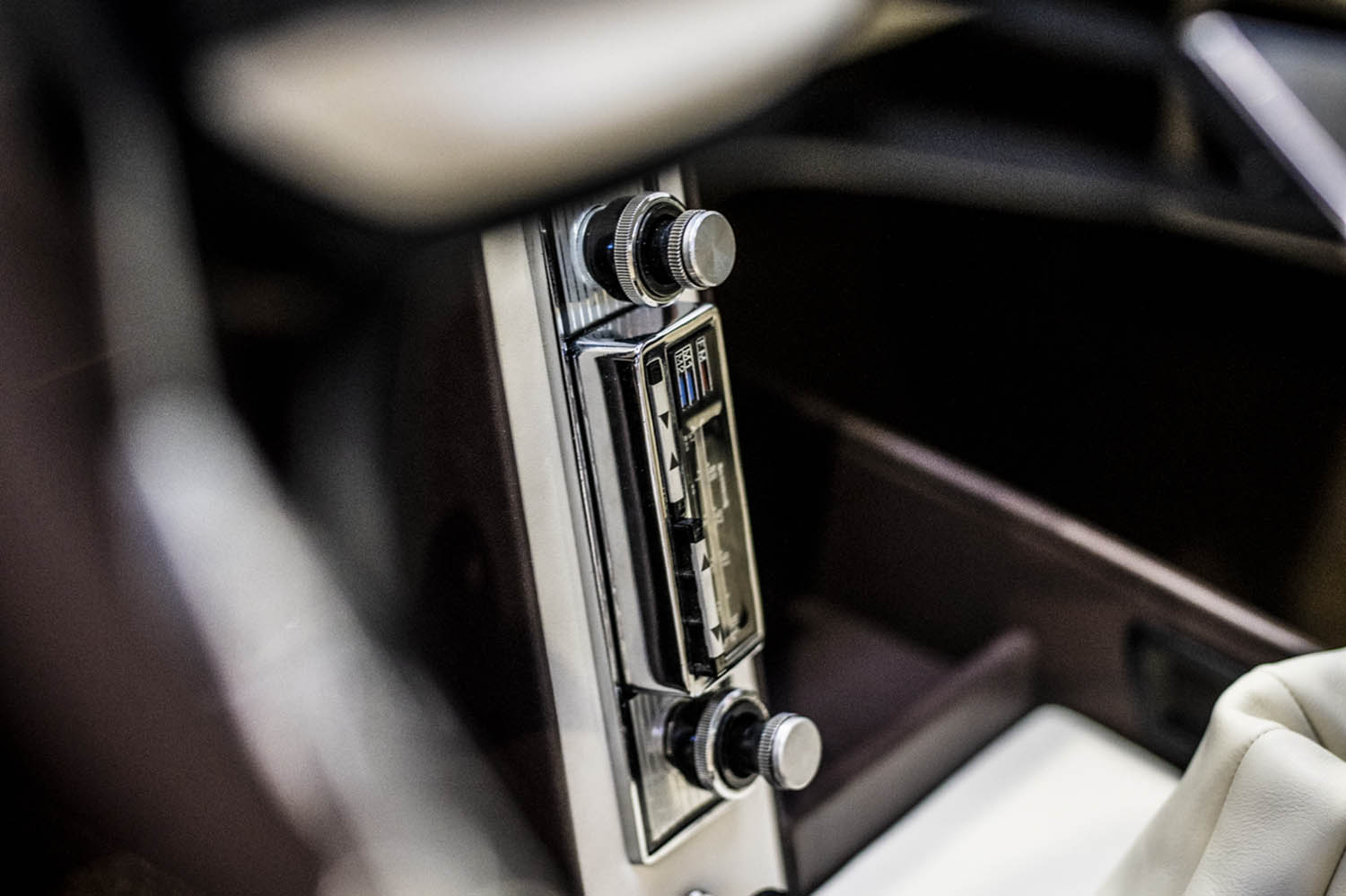 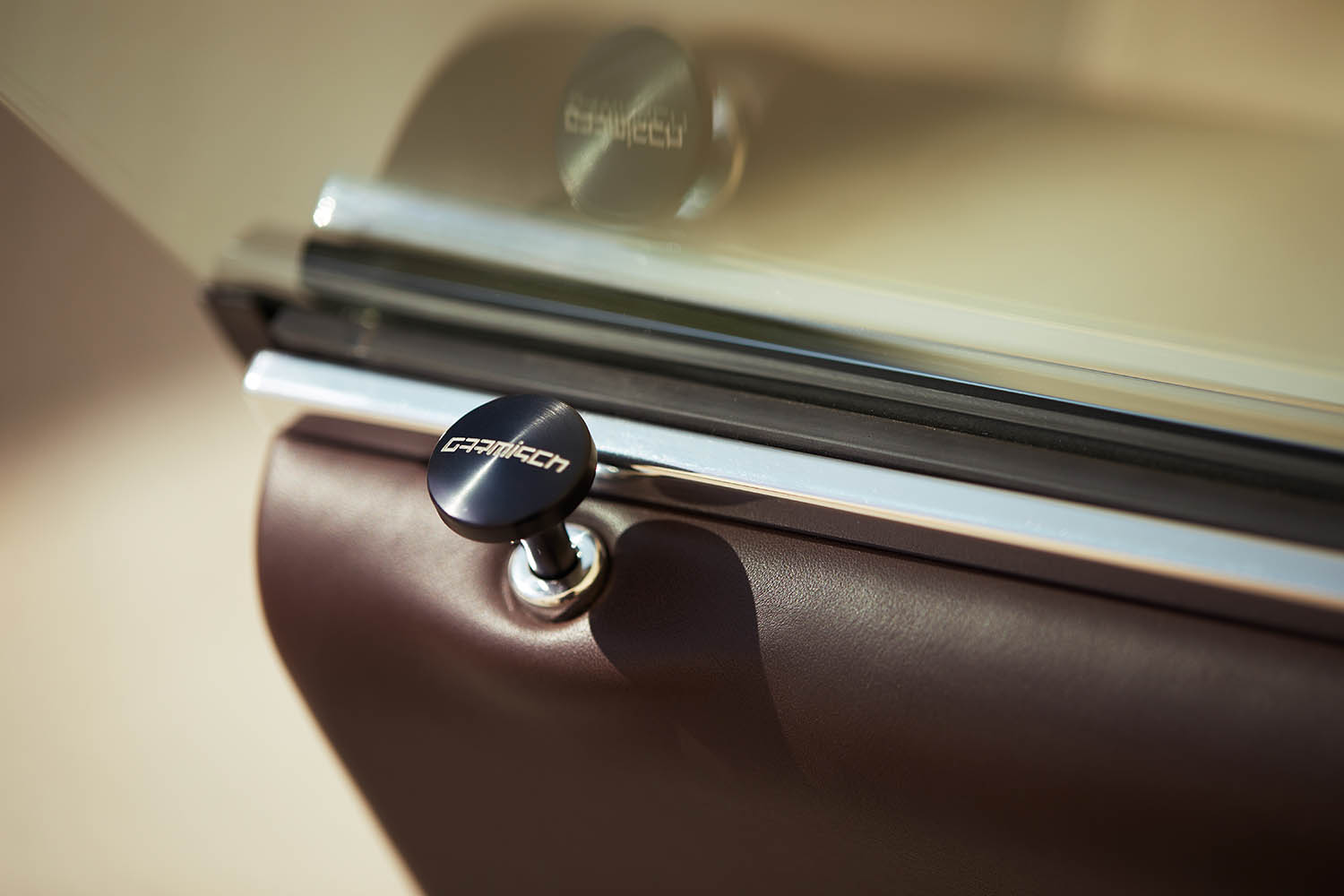 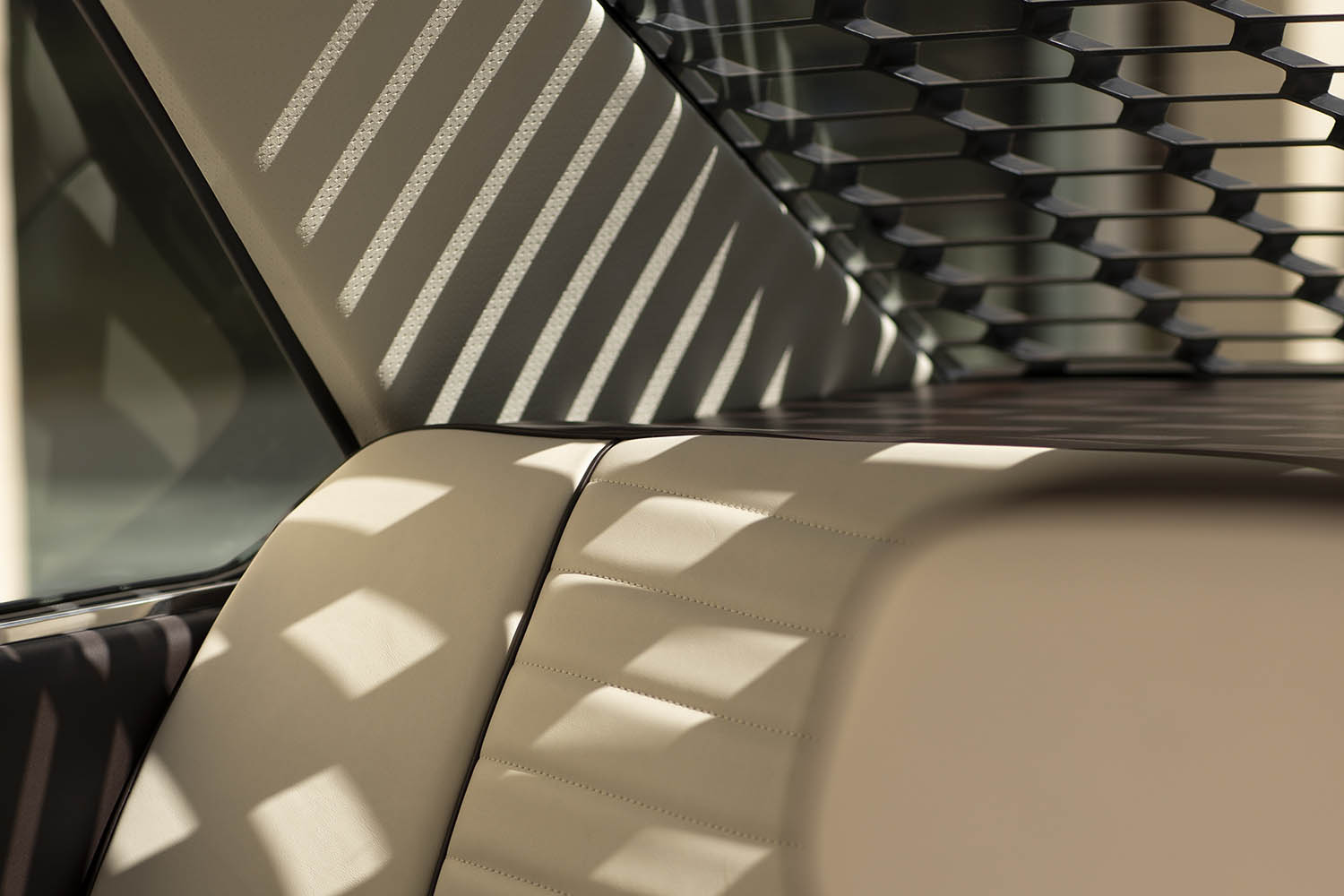 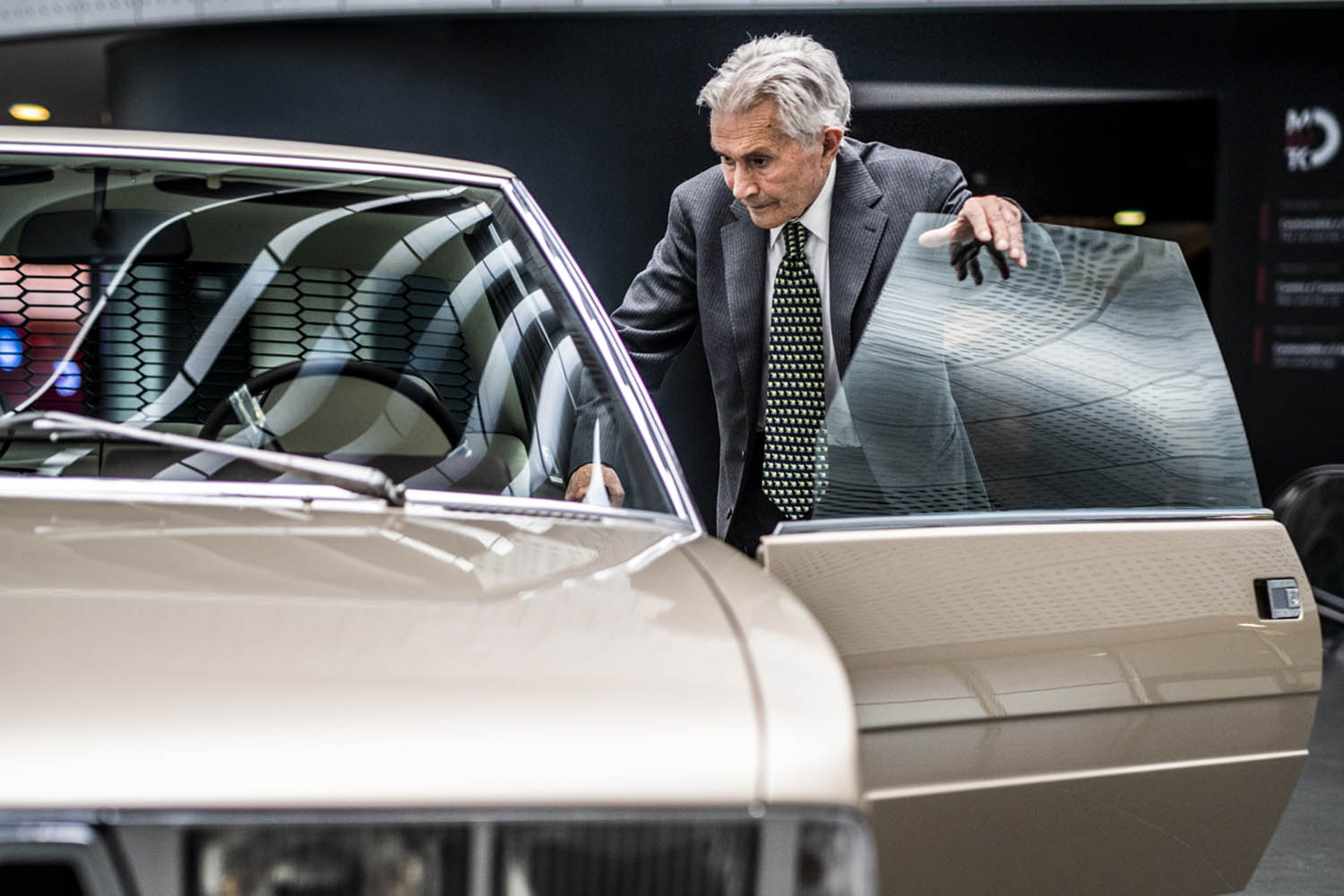 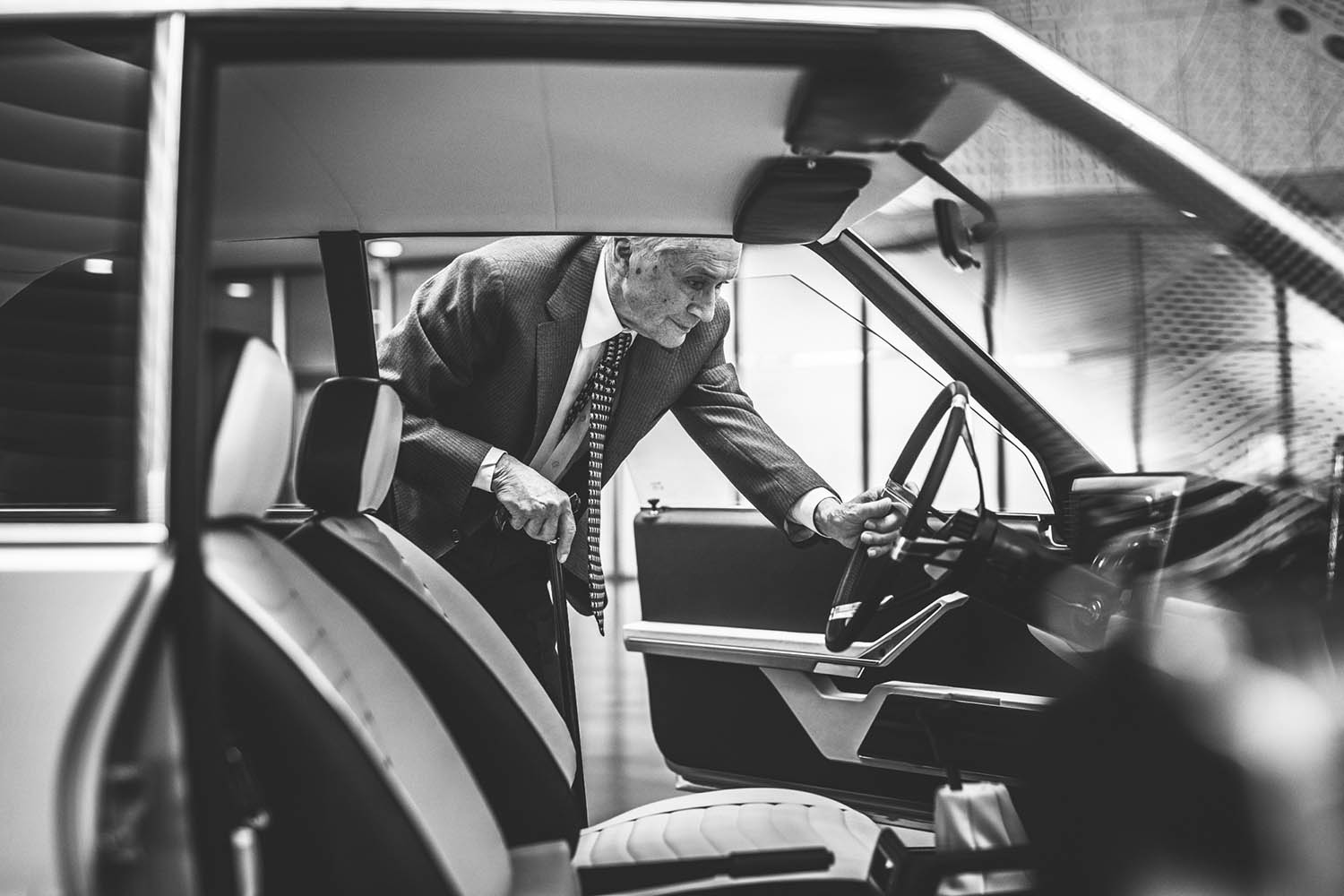 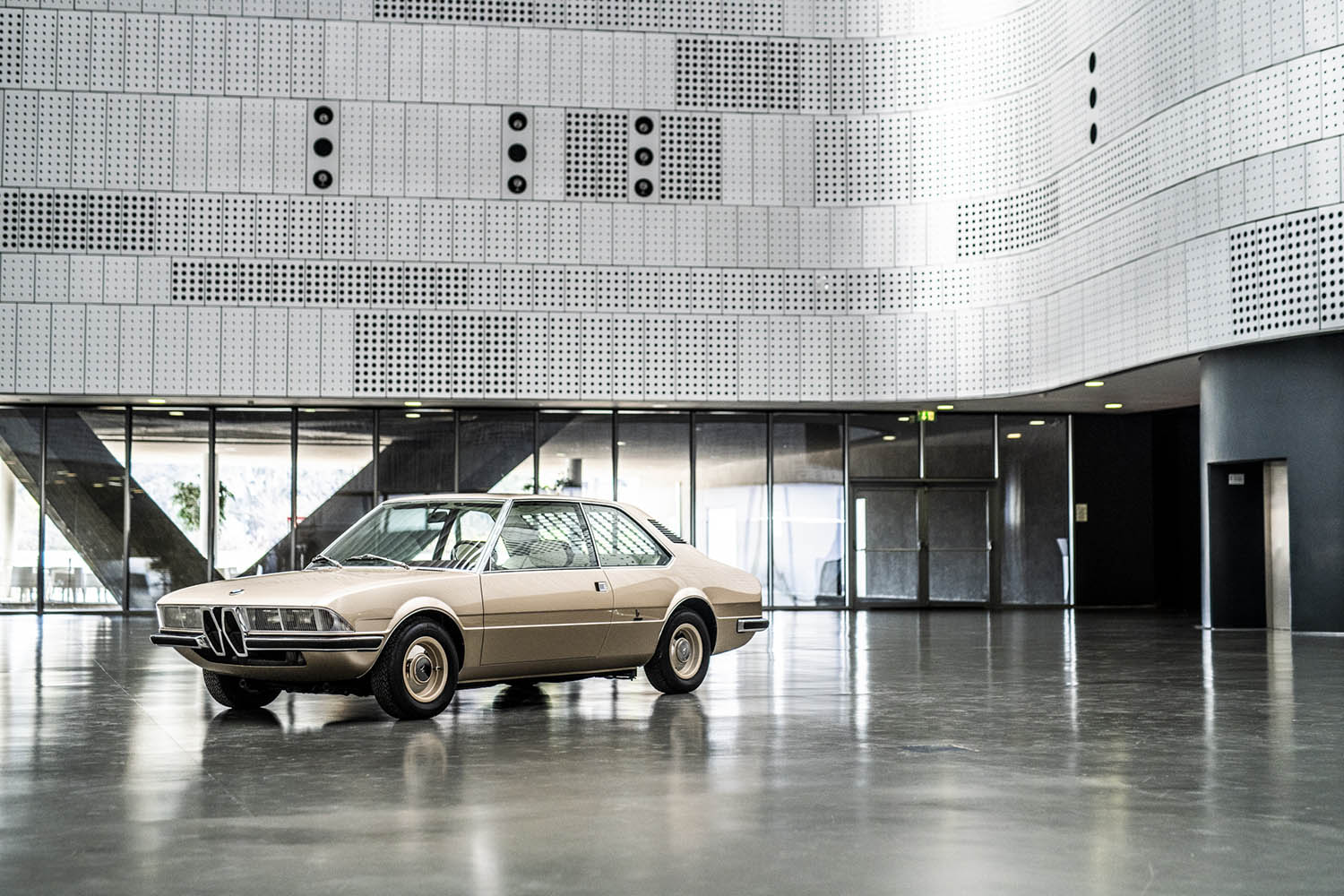