Porsche 356 specialist Rod Emory takes us for a tour of his most ambitious build yet. 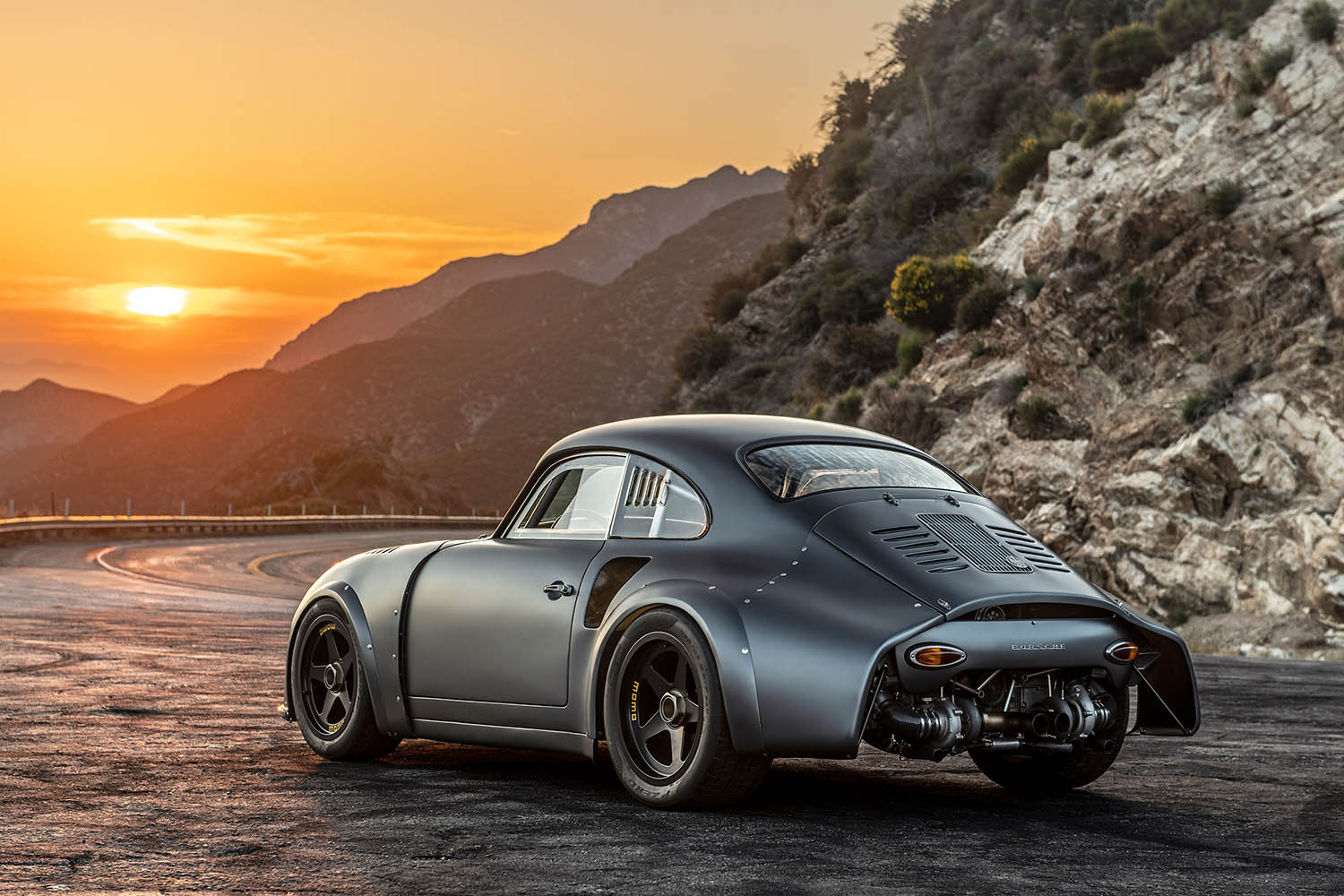 Emory Motorsports, based in North Hollywood, has been building, as they put it, “the most iconic, yet personalised Porsche 356s on the planet” since 1996, but none have pushed the boundaries of both engineering and the sensibilities of classic Porsche enthusiasts quite like this one, the 356 RSR.

The car itself started out as nothing more than a rusted-out 1960 356 B coupe before Emory and his team got their hands on it; a blank canvas for them to work their magic. “We wanted to pull all the best pieces from various models and years of Porsche and bring them together in a package that is fun, exciting and kind of mind blowing”, Emory explains.

Using their unique fabrication skills, the team set about replacing the original car’s rusted bodywork with wider, more aggressively profiled aluminium panels, certain sections being hand rolled on an English wheel, a process similar to that used by fabricators in the original Gmünd factory.

This all-new body was then carefully mated to a 1990 964 C2’s chassis, allowing Emory to fit aggressive KW coilover suspension, wider, grippier tyres and larger 964 brakes to ensure the car could handle the power from its 911 derived, near 400 bhp four-cylinder, twin-turbocharged engine.

The engine, just like the removable aluminium body, is a completely custom design. Designed and built in conjunction with Oregon based Rothsport Racing, the architecture of the engine is all 964, but a new case and crank was developed to allow the team to downsize the engine to four cylinders, it is a 356, after all, while two Garrett turbos make up for any loss in power.

Those two turbos are mounted in an exposed location at the rear of the car in the style of a Porsche 935. Something, as it turns out, is no accident. As Emory leans down to take a closer look at his creation, he’s keen to point out that the RSR takes inspiration from a number of iconic Porsche models: “There’s styling that’s reminiscent of the old Abarth Carreras, there’s the 935 tail section, a bit of 996/997 stuff going on in the front with the fender slope and headlight area; we even built special 935/956 style centre-lock Momo wheels for it”.

And the details don’t stop there. The pedal boards, air intakes and dashboard are all formed from amber fibreglass, like in a 917, there’s a knurled boost control knob from a 935 located to the right of period correct dials, while the custom made bucket seats feature a Nomex style fabric, similar in aesthetic to that of the material used in the original 908.

The result is a car that pays tribute to Porsche motorsport history while also managing to remain distinctly Californian. Over the top it may be, but it’s also a beautifully crafted love letter to Porsche models old and new. Something that even the most diehard Porsche purist can be happy about. 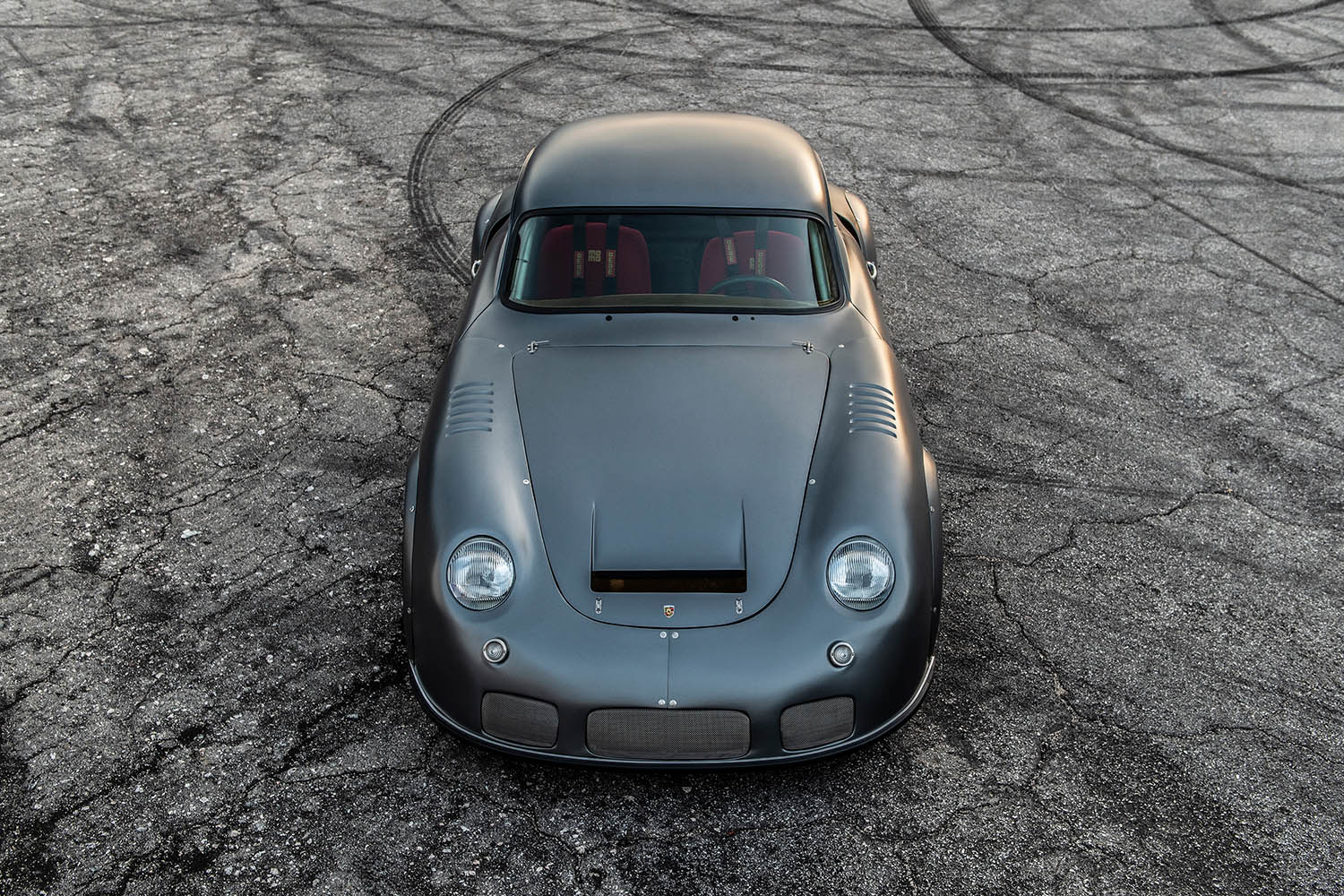 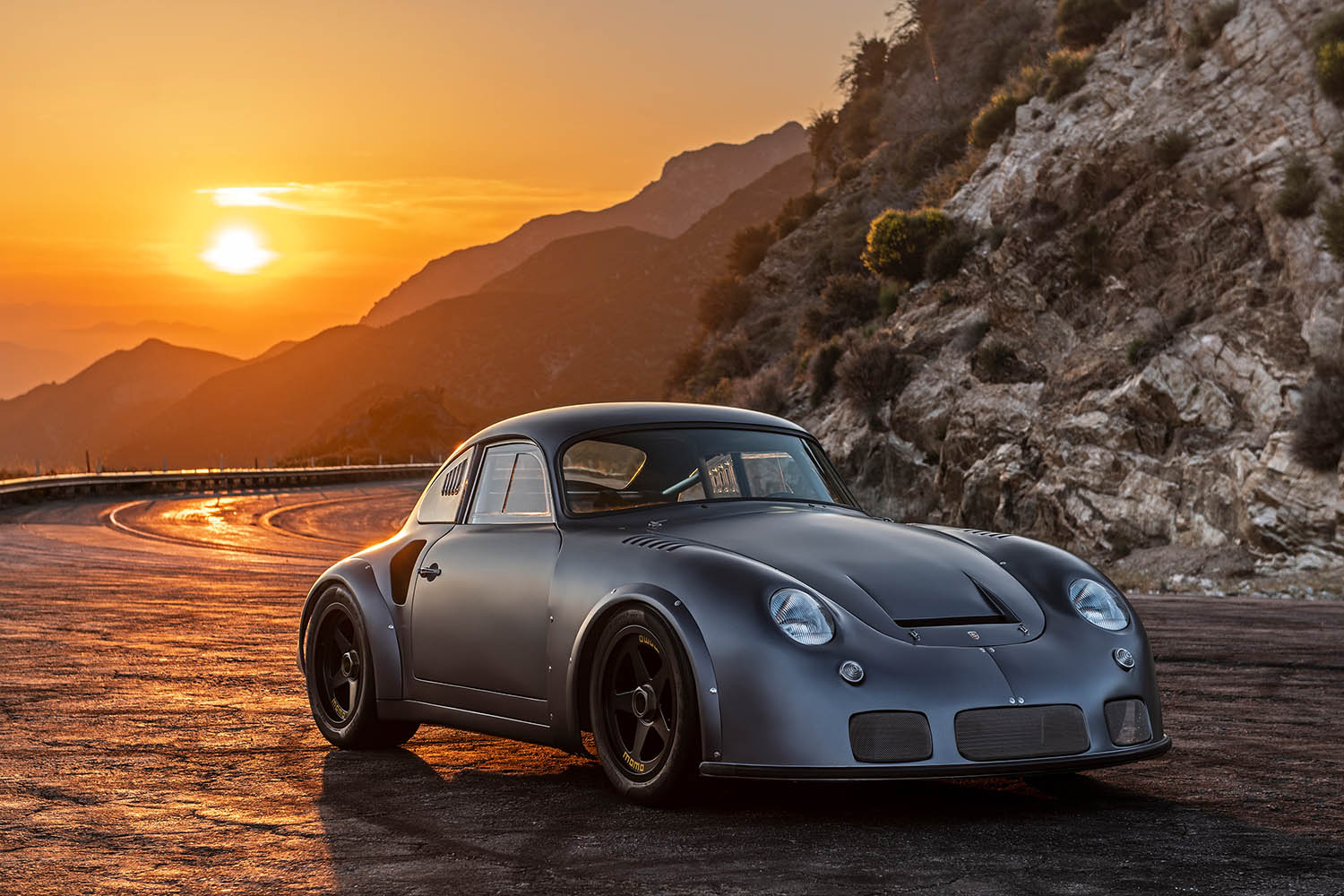 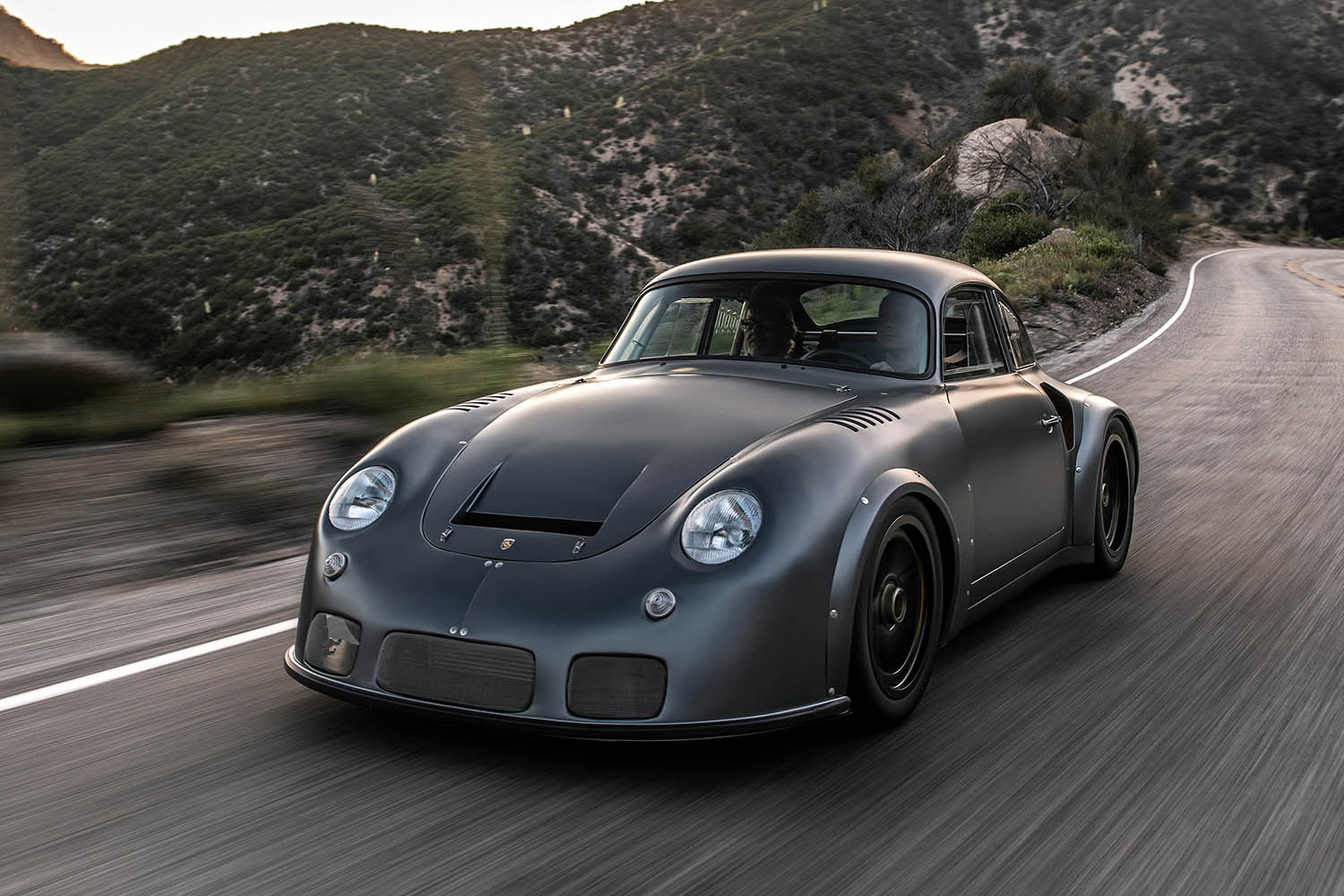 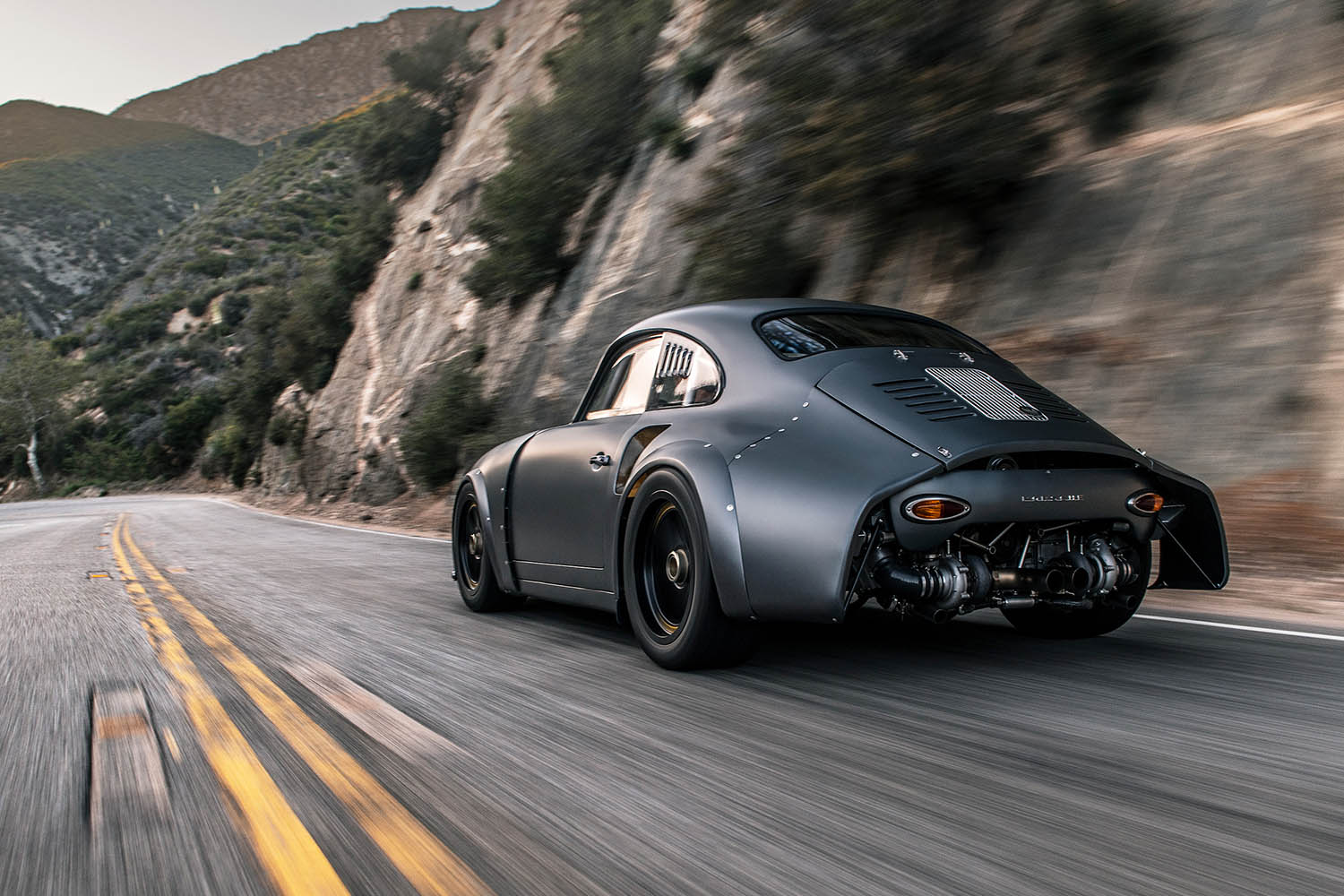 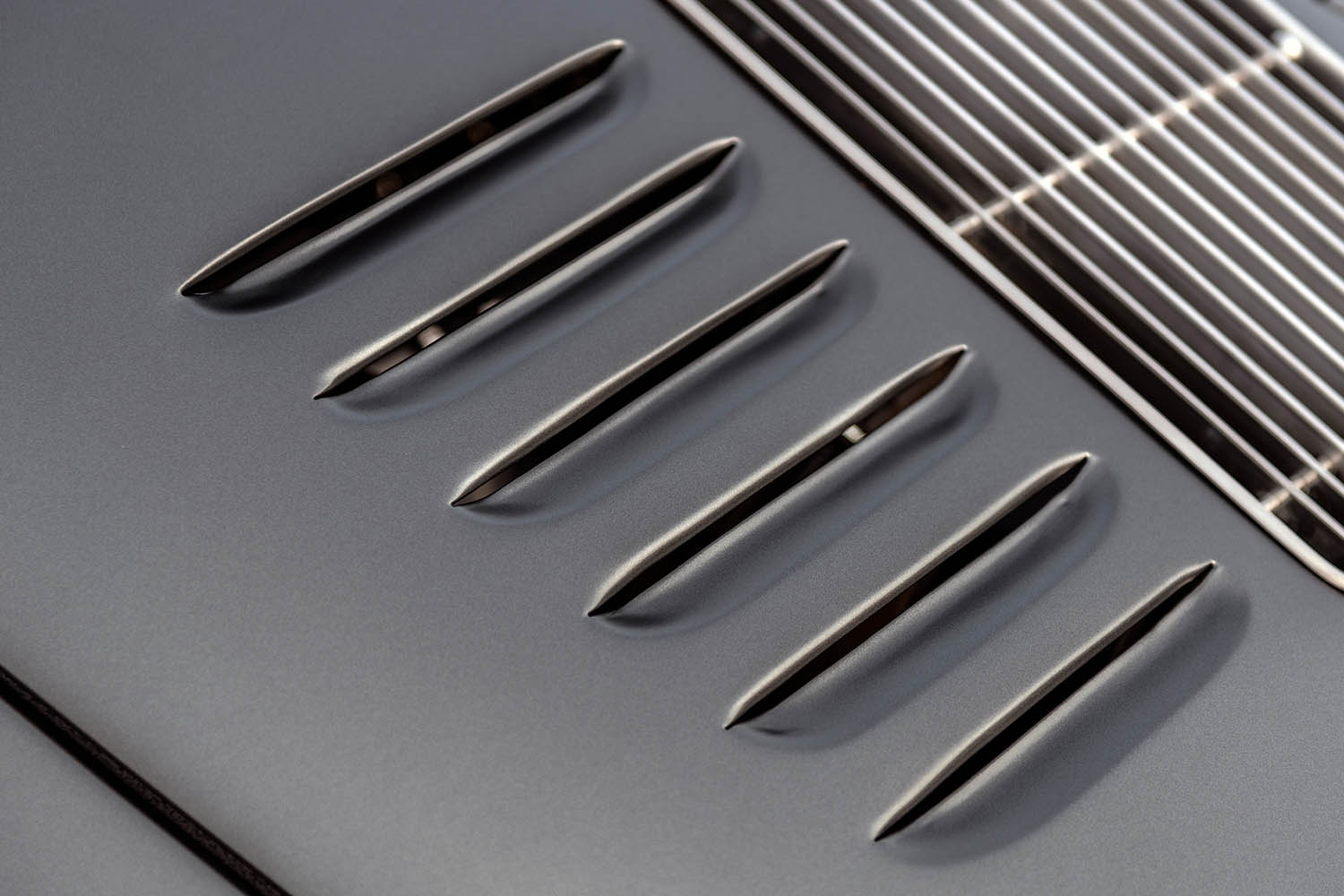 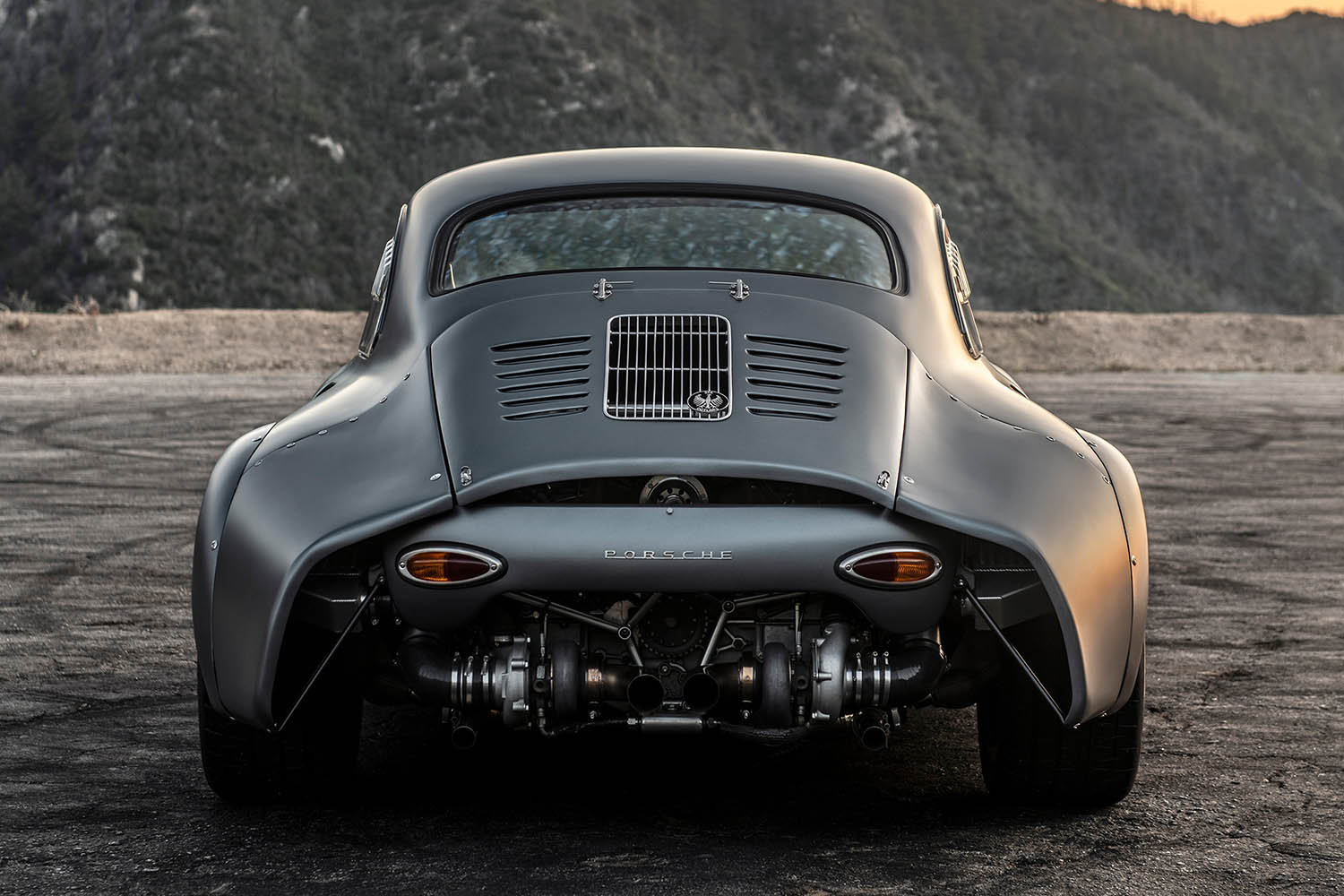 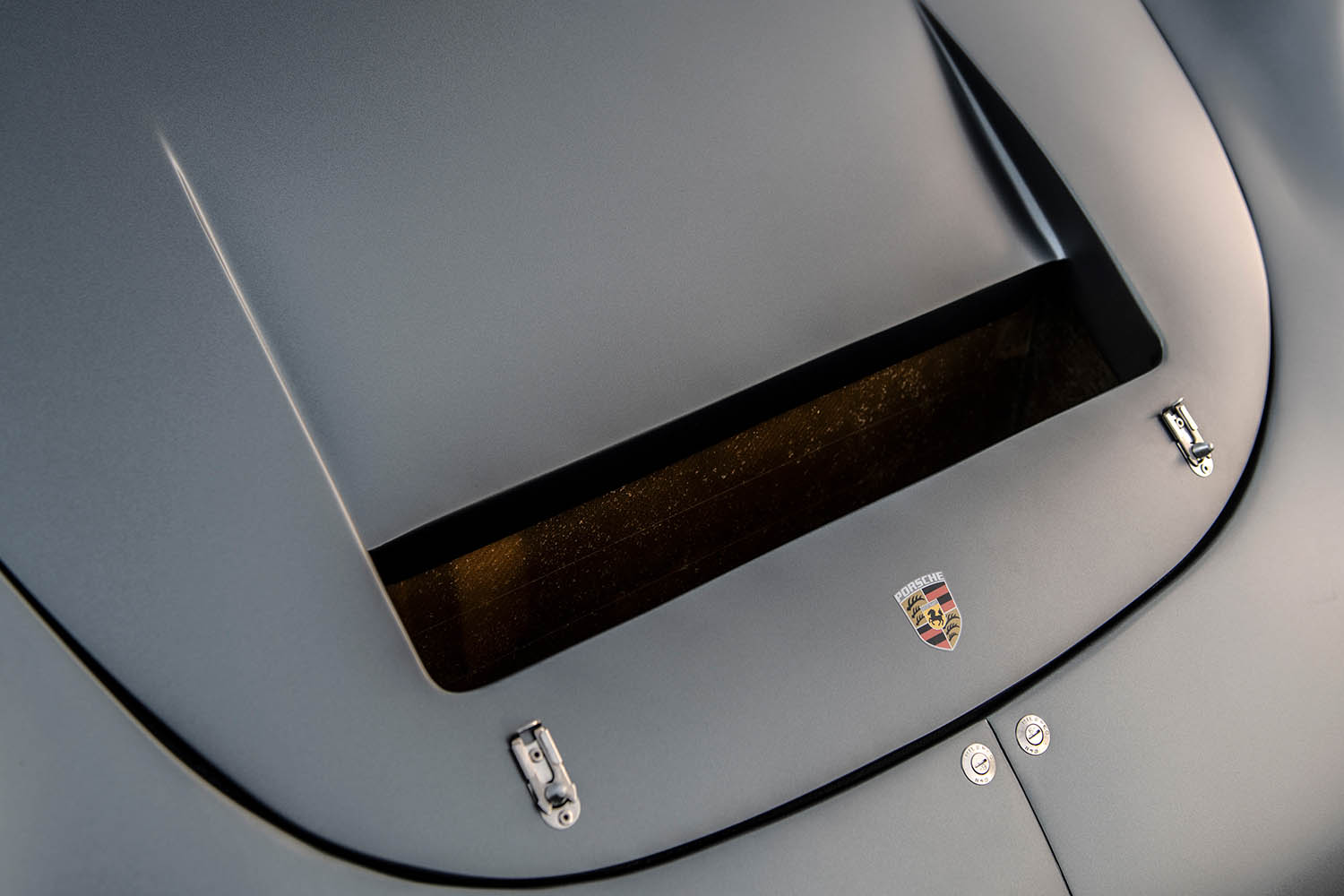 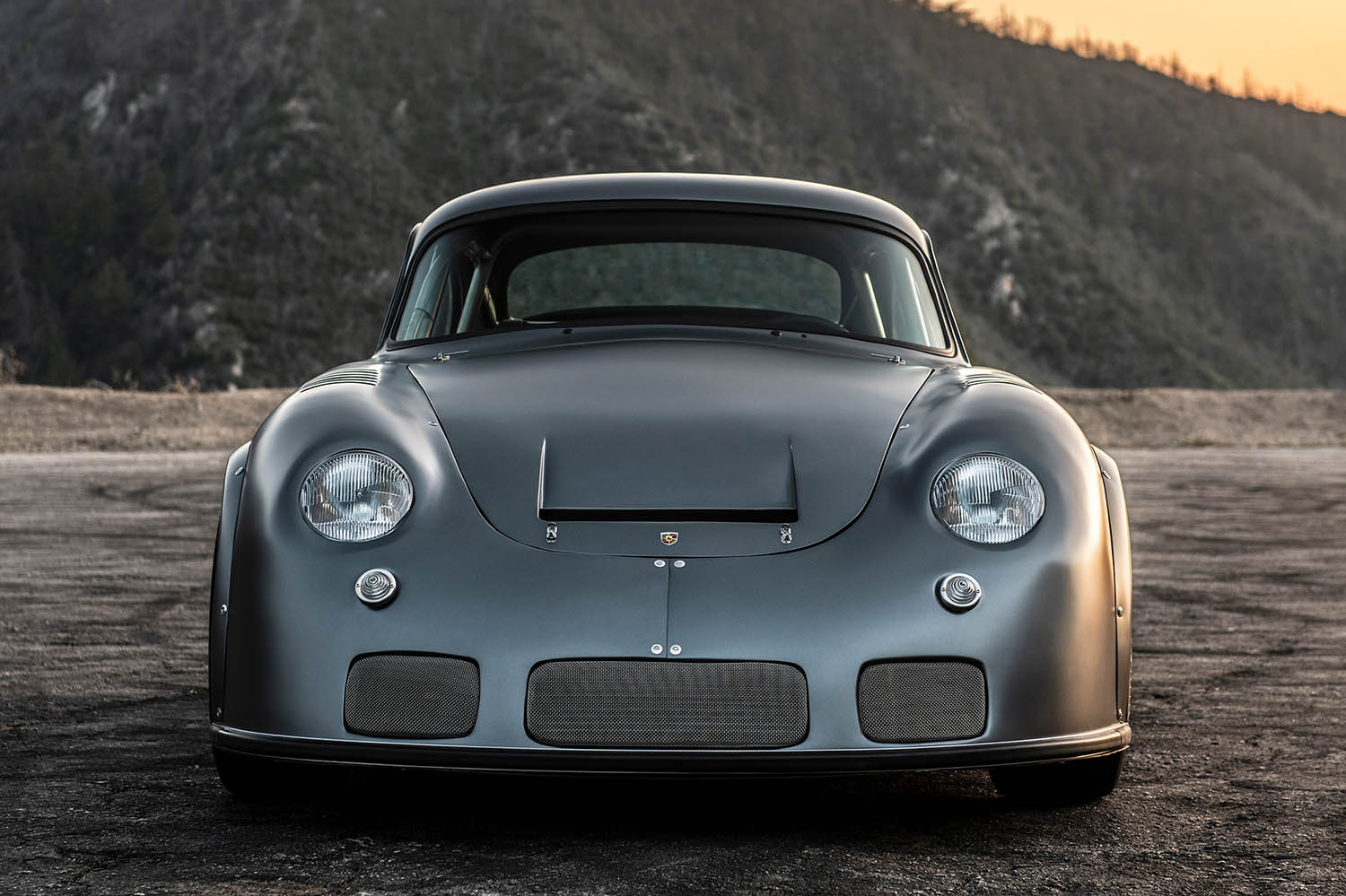 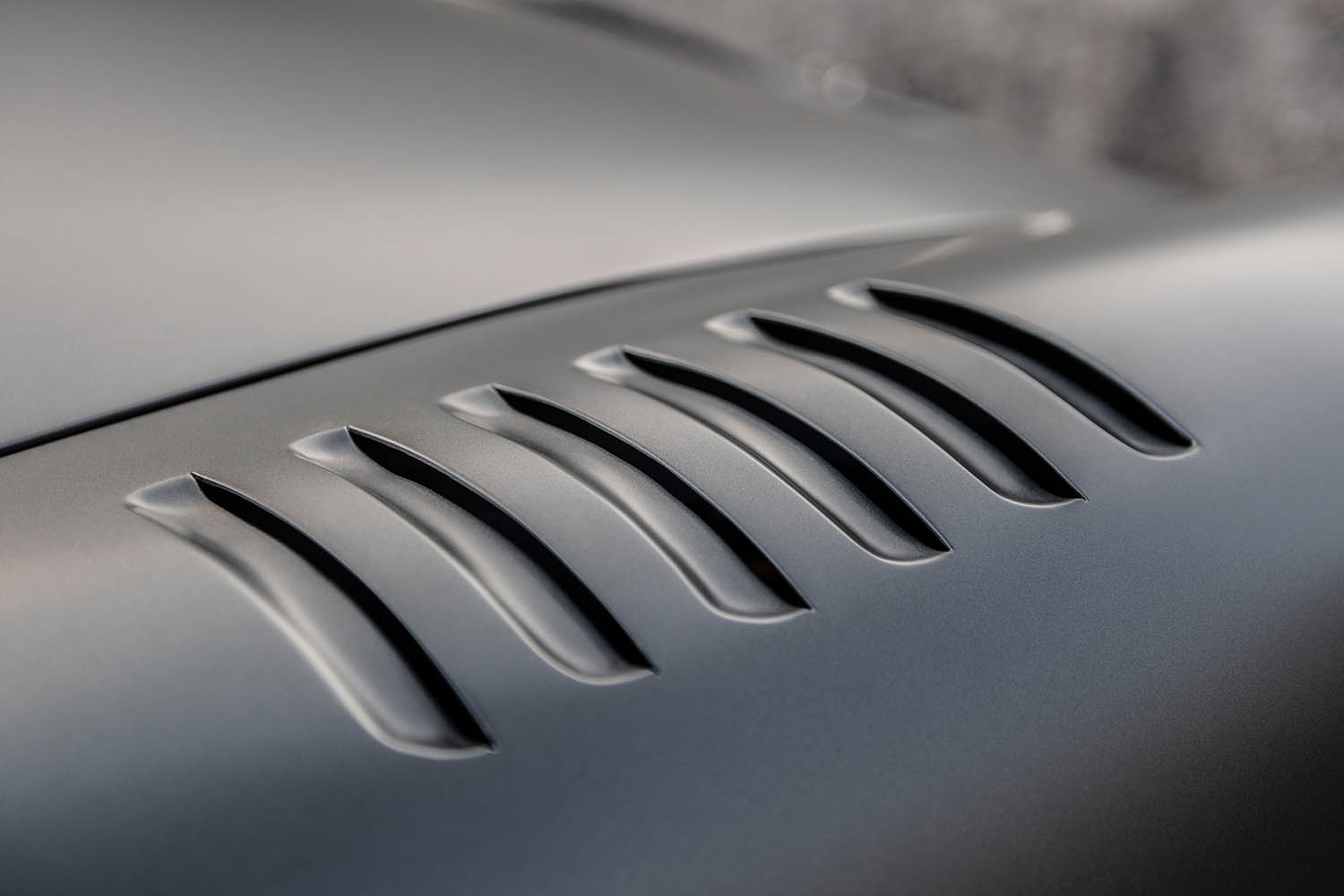 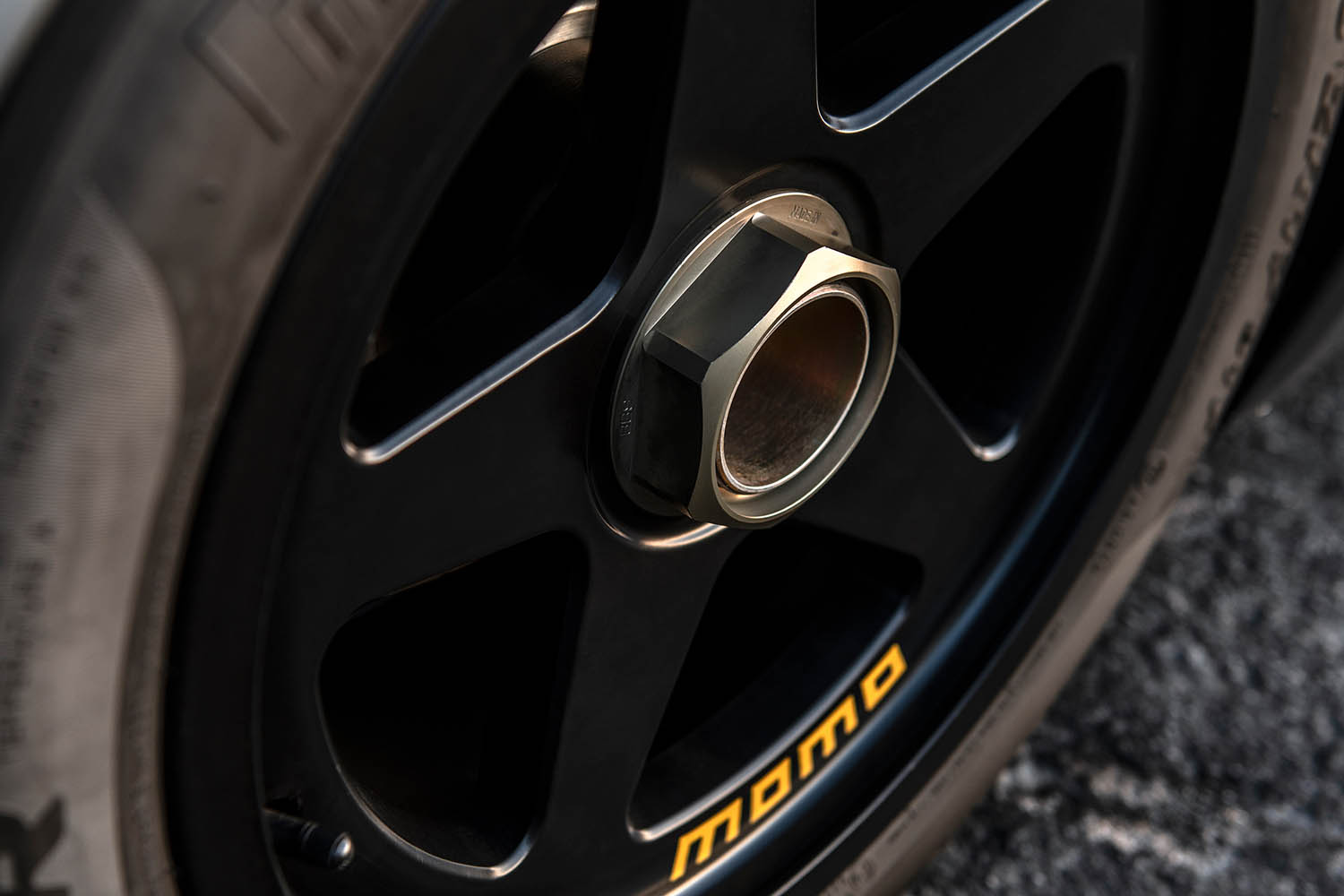 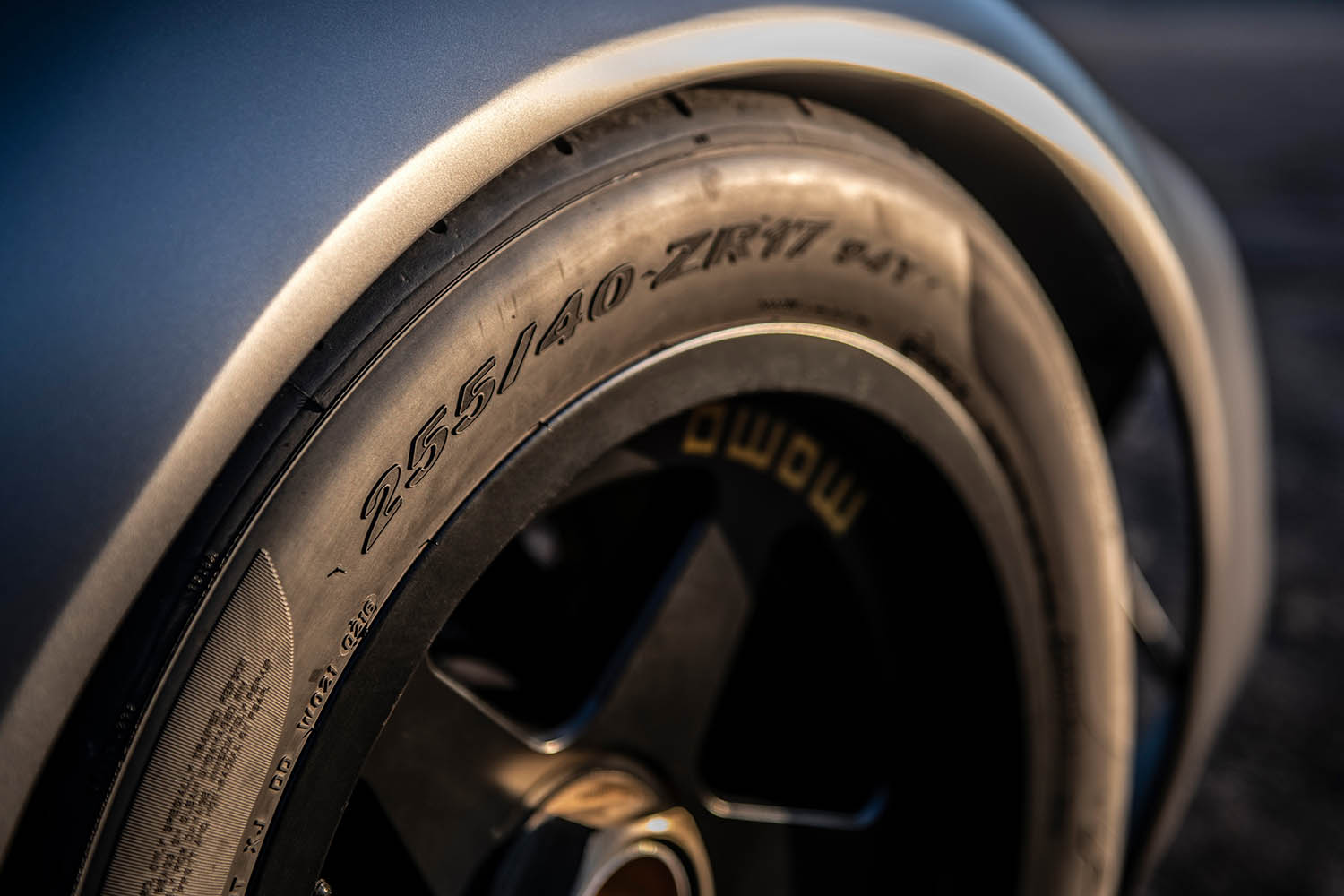 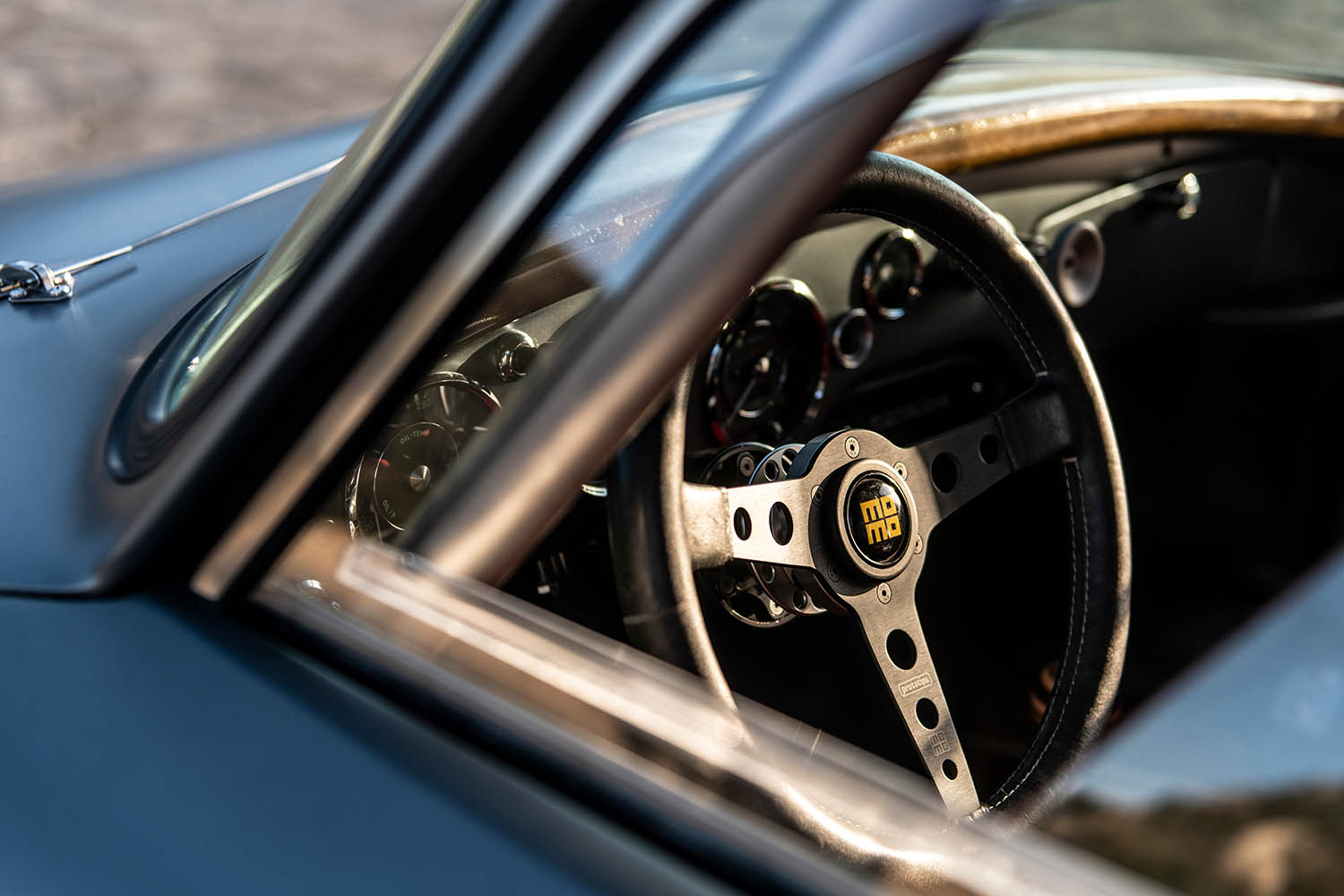 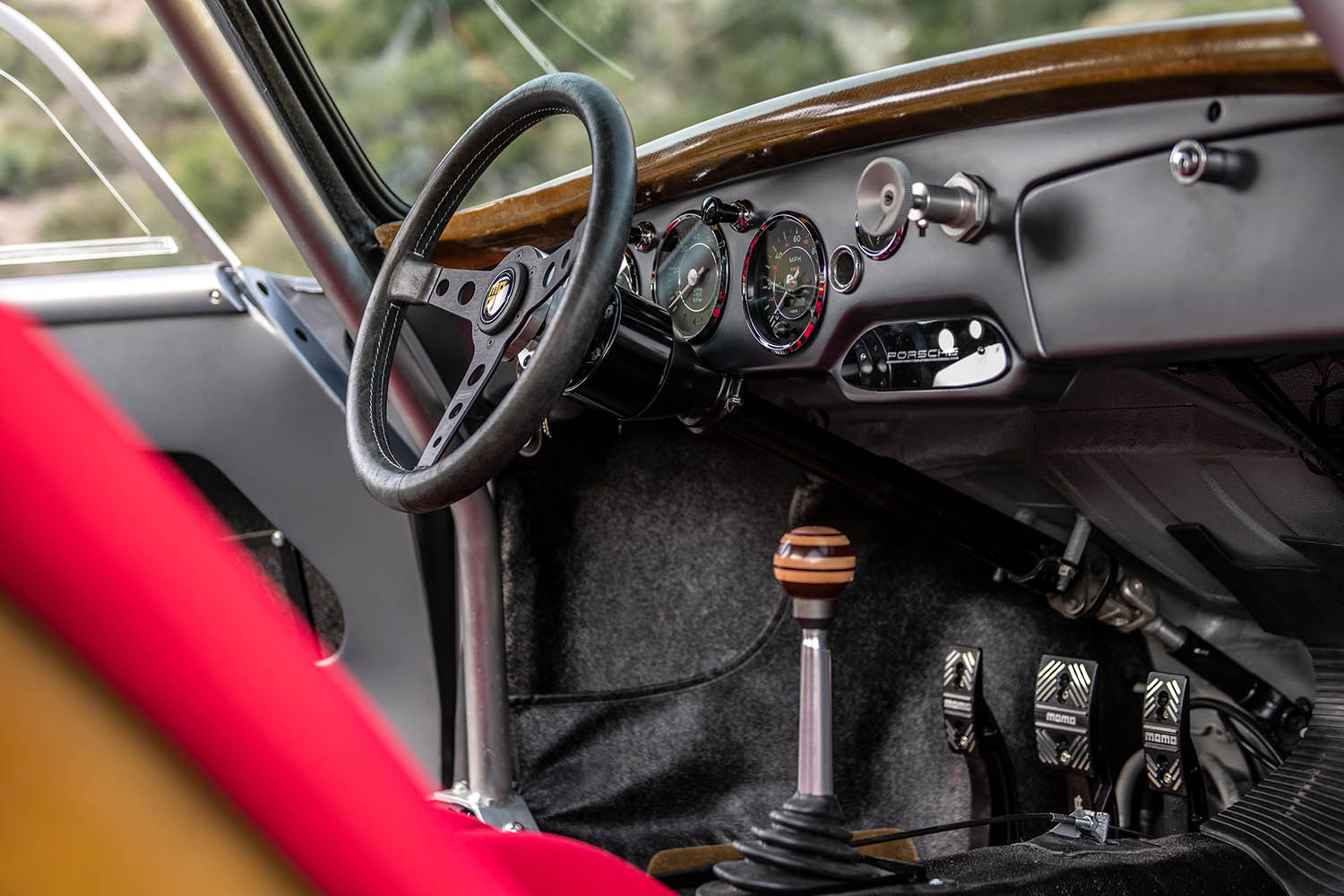 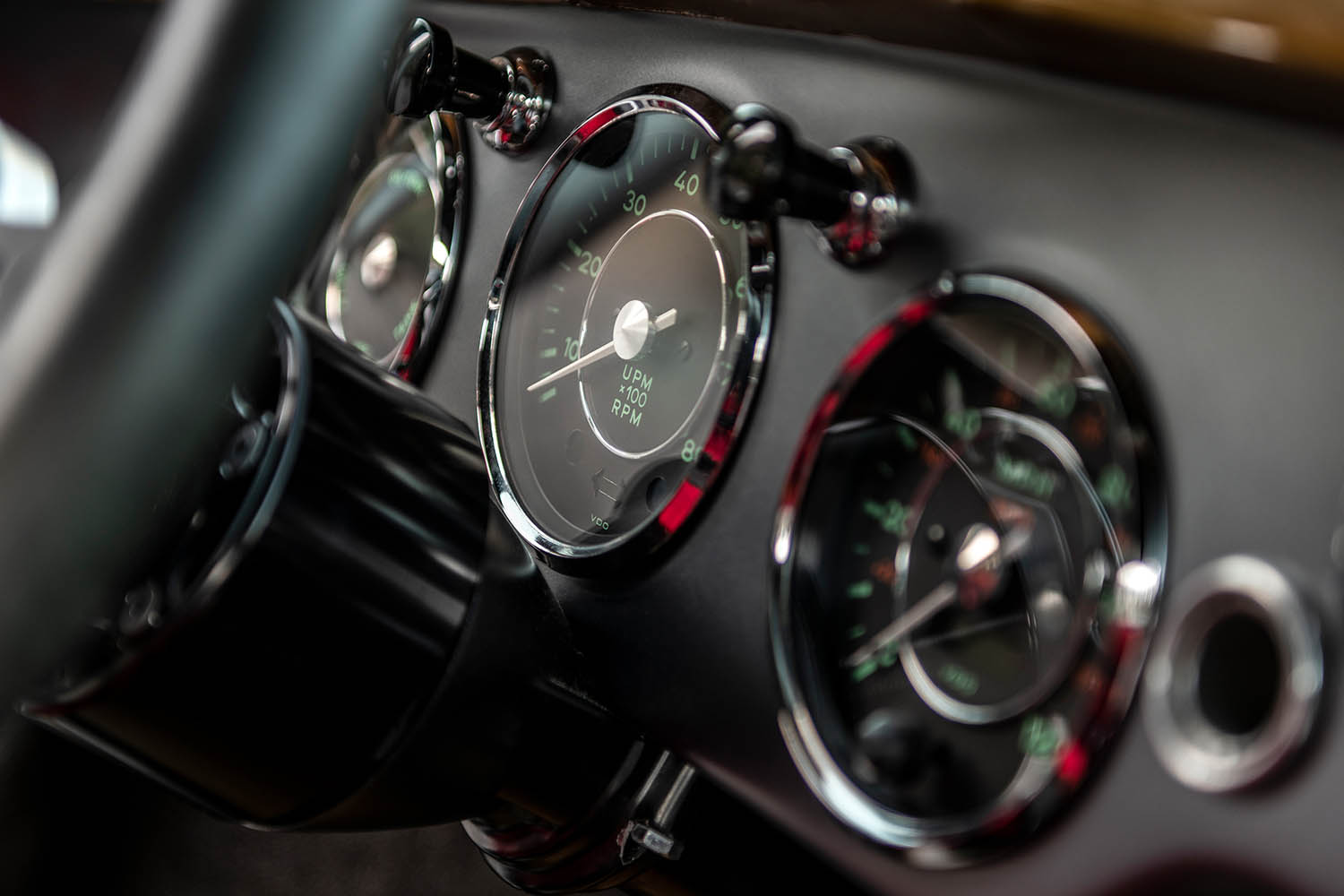 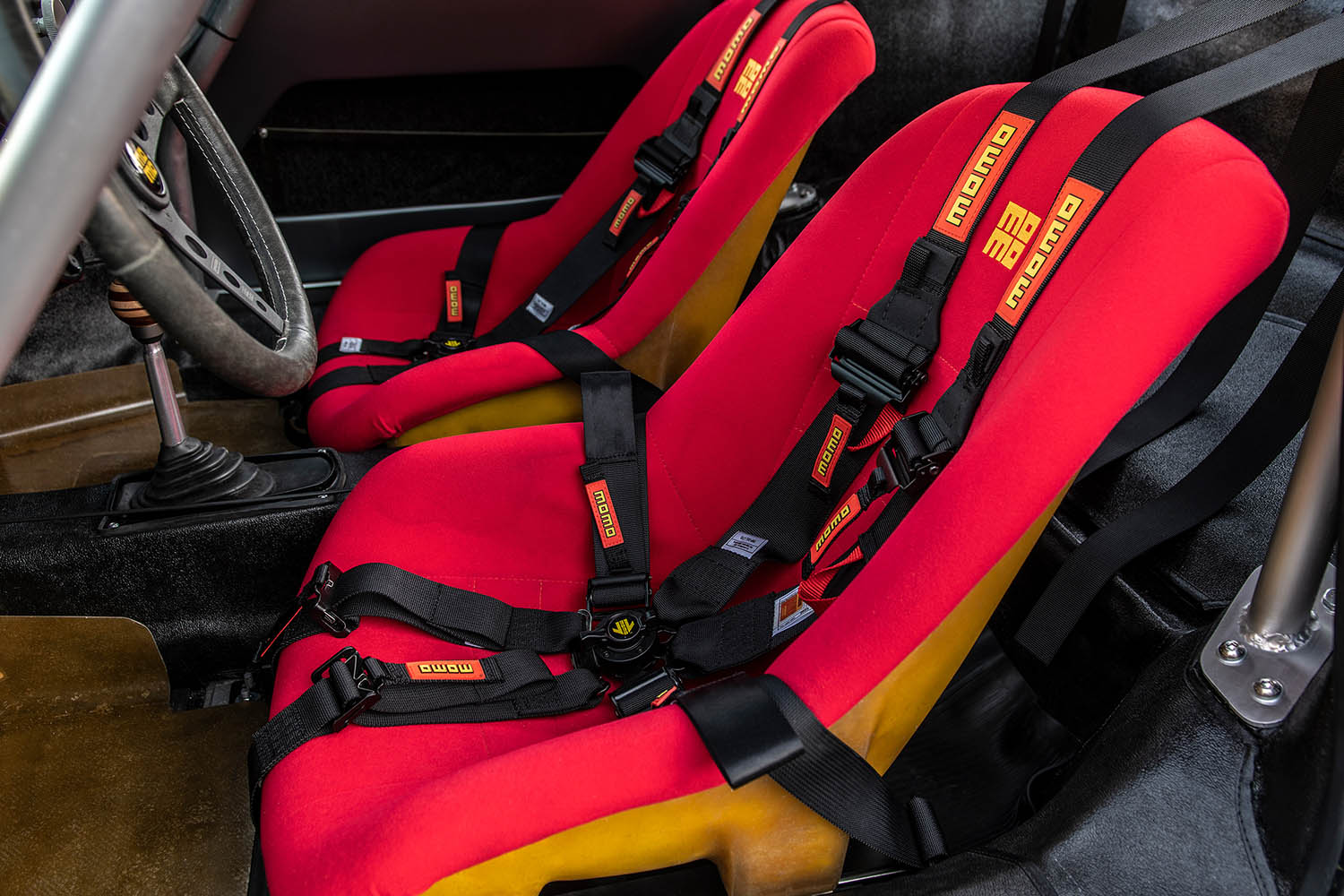 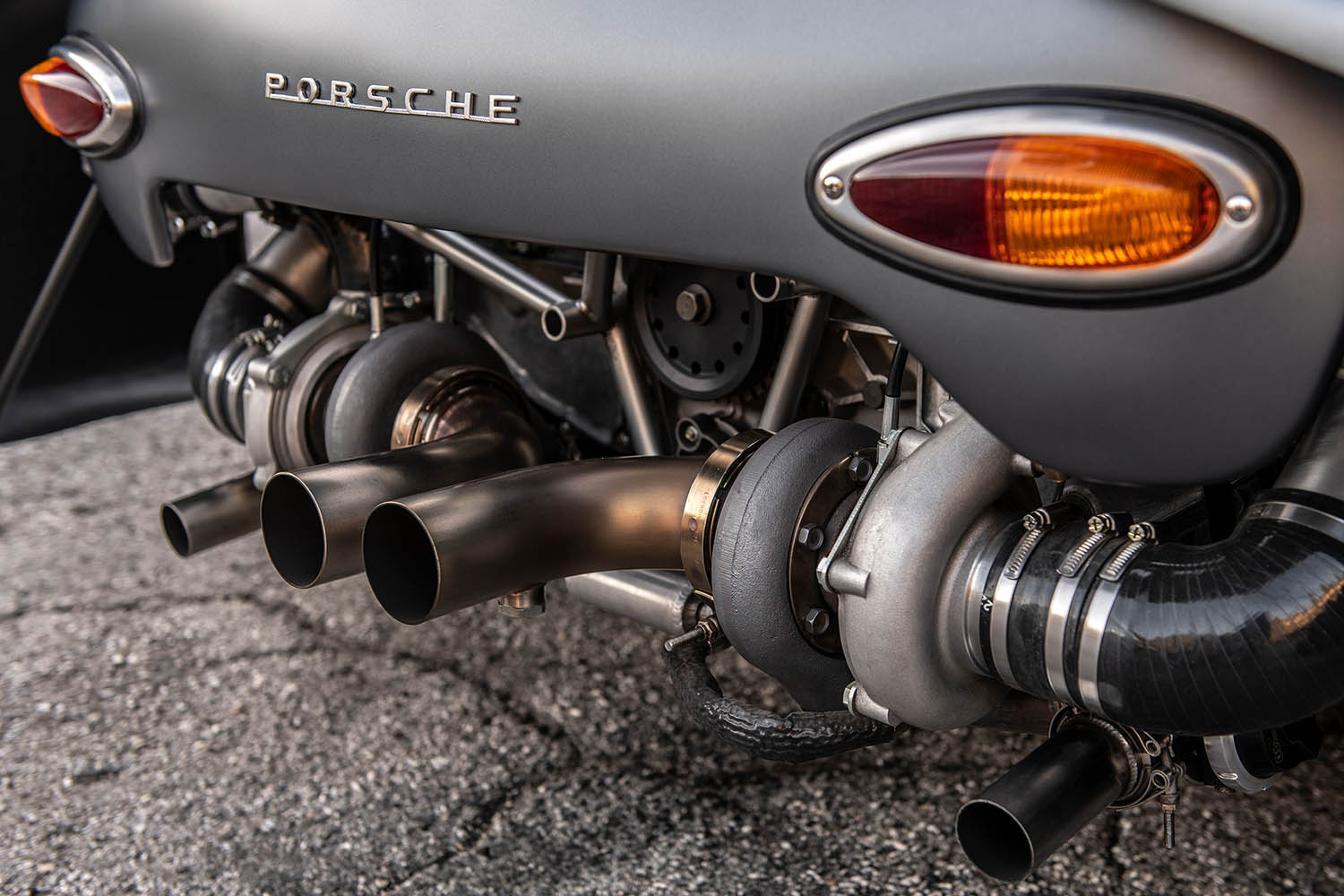 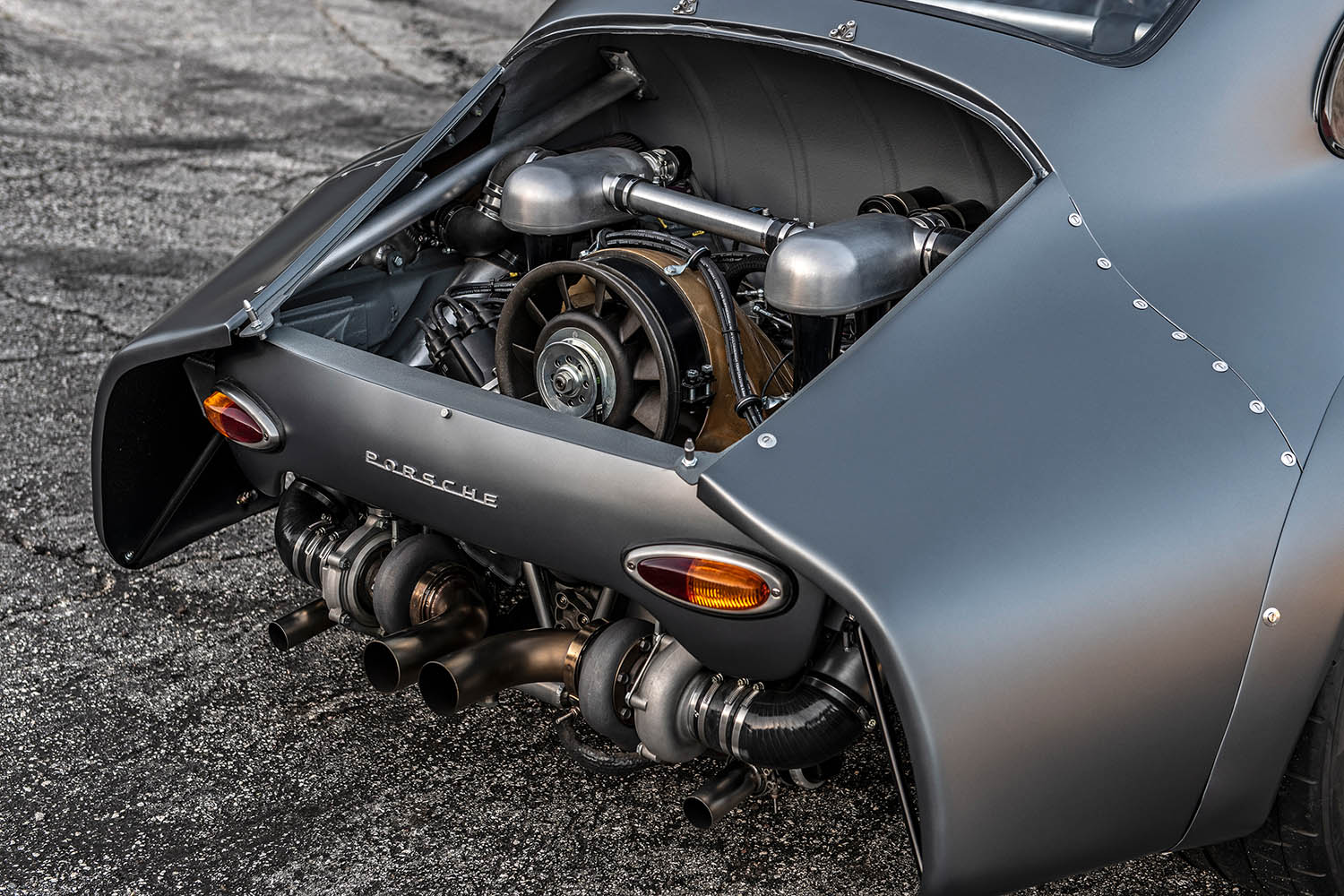 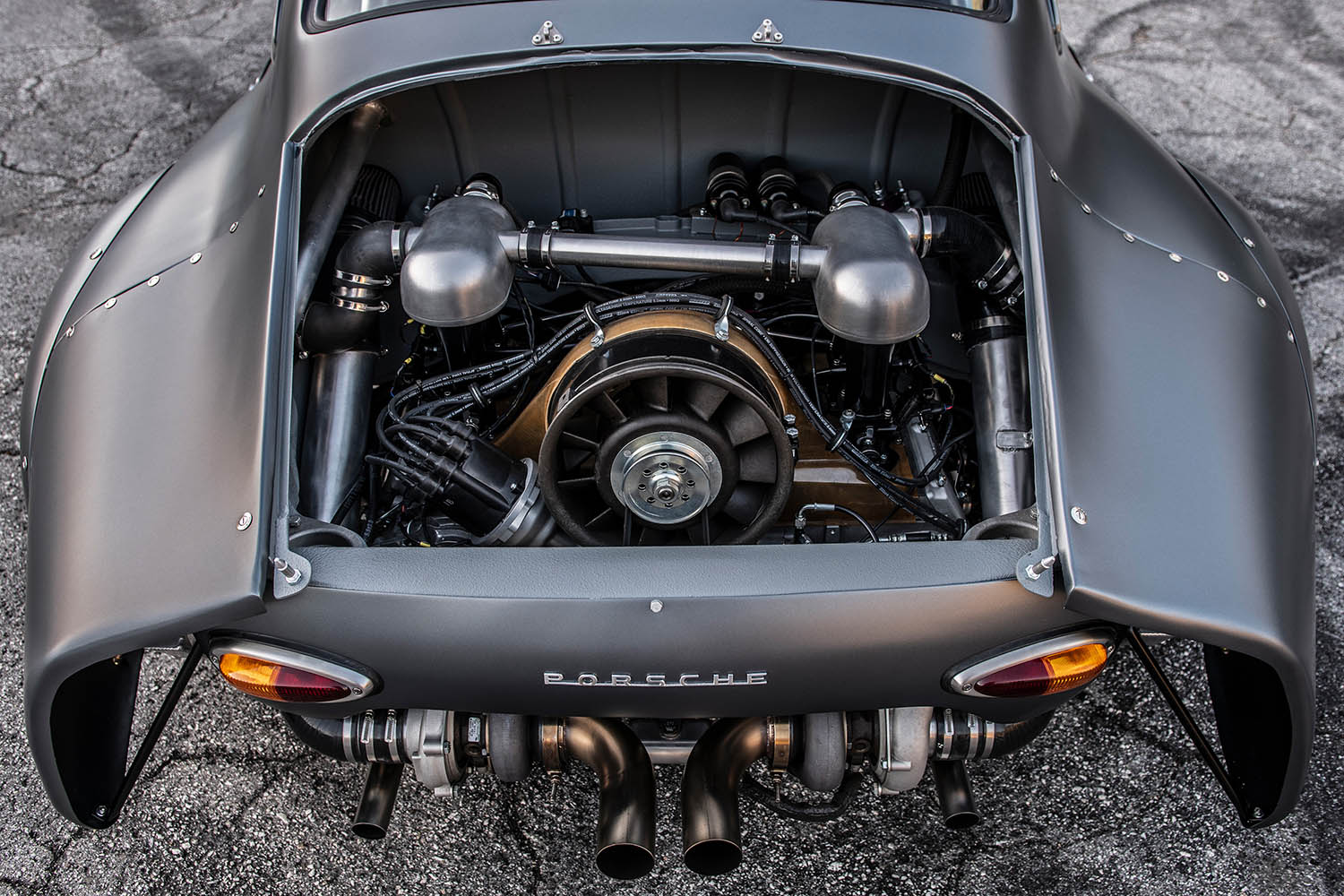 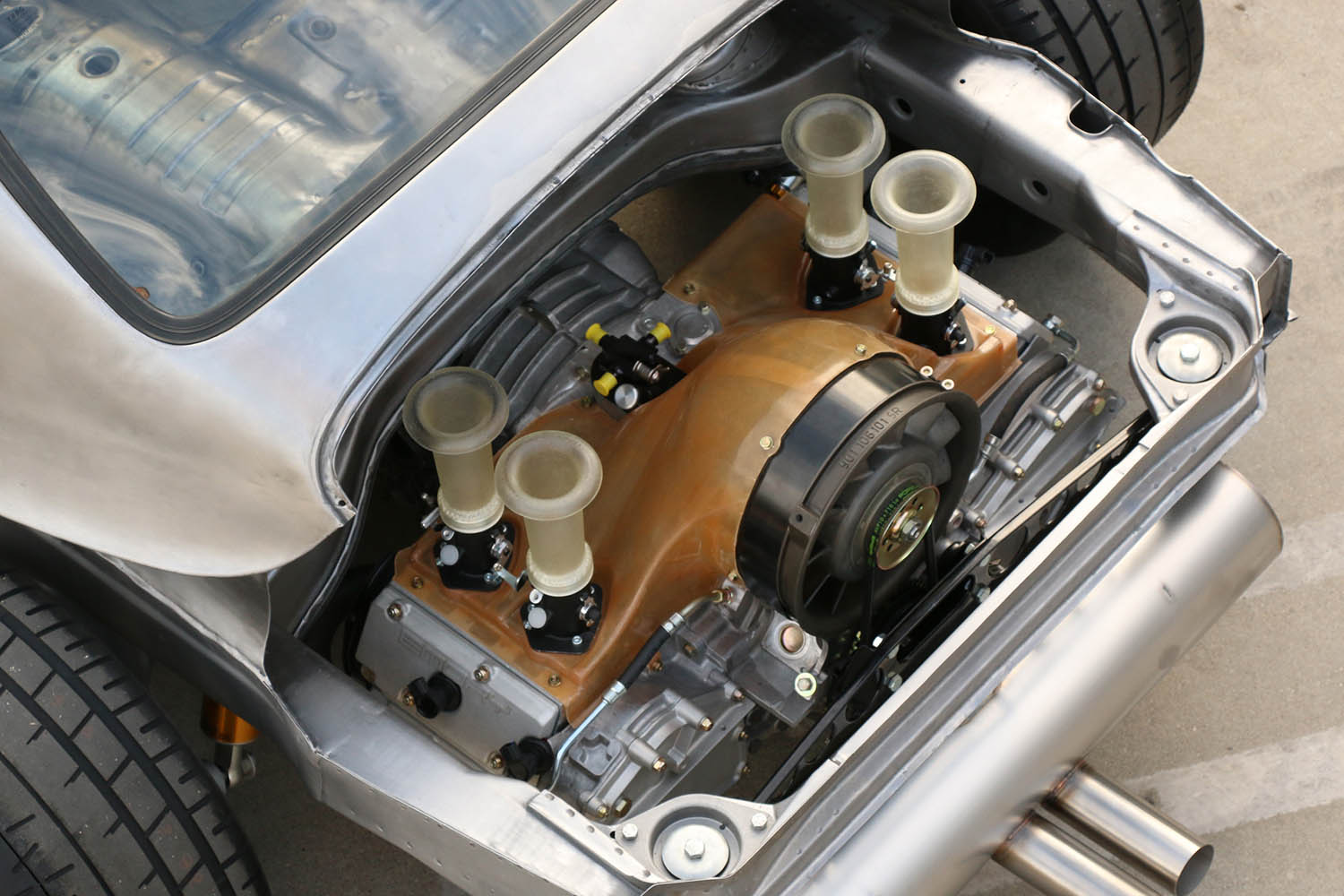