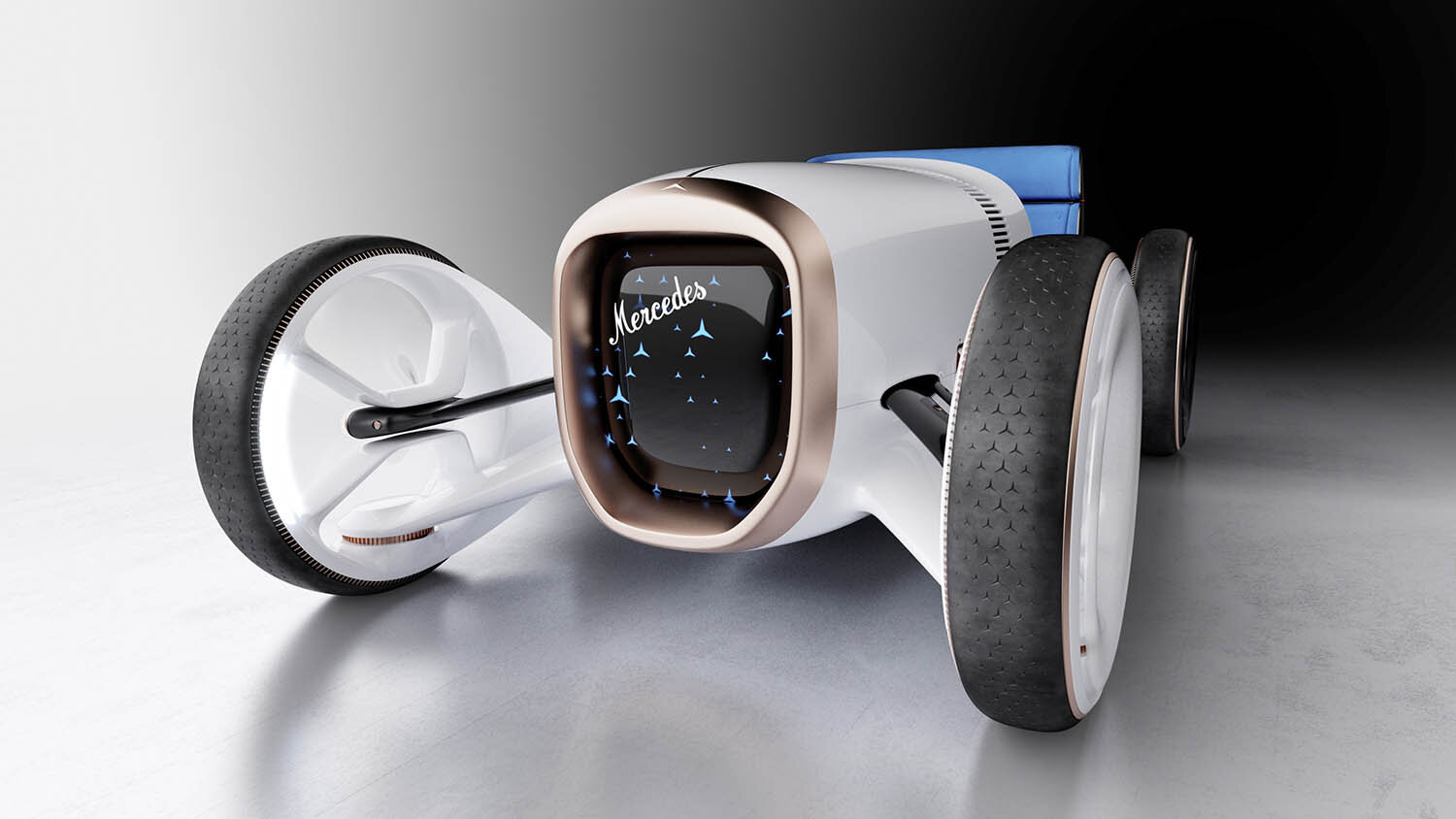 Mercedes-Benz Design has unveiled its latest concept vehicle, the Vision Mercedes Simplex. Dubbed ‘a sculpture’ it embodies both the heritage and future of the luxury car brand and symbolises the transition to a new era of design and technology, while at the same time paying homage to the historical legacy and the birth of the brand.

In spring 1901 the history of mobility changed radically. At Race Week in Nice a car the like of which the world had never seen appeared on the starting line: a high-performance car which Daimler-Motoren-Gesellschaft had developed at the suggestion of the visionary Emil Jellinek. The designs which were the norm back then were still closely related to motorised carriages. The Mercedes 35 PS, named after Jellinek's daughter Mercedes, appeared with a completely new vehicle architecture and dominated the competitions in Race Week, which took place on the famous racetrack from Nice to La Turbie.

The concept reinterprets the historic Simplex as a two-seater with freestanding wheels, an alternative drive, exciting user interface and a striking design. Its vehicle body with the dominant horizontal alignment sits as a monocoque amid the four large wheels, which form the outer points of the vehicle. The resolutely vertical colour separation into a white front section and a black rear section follows the historic example. 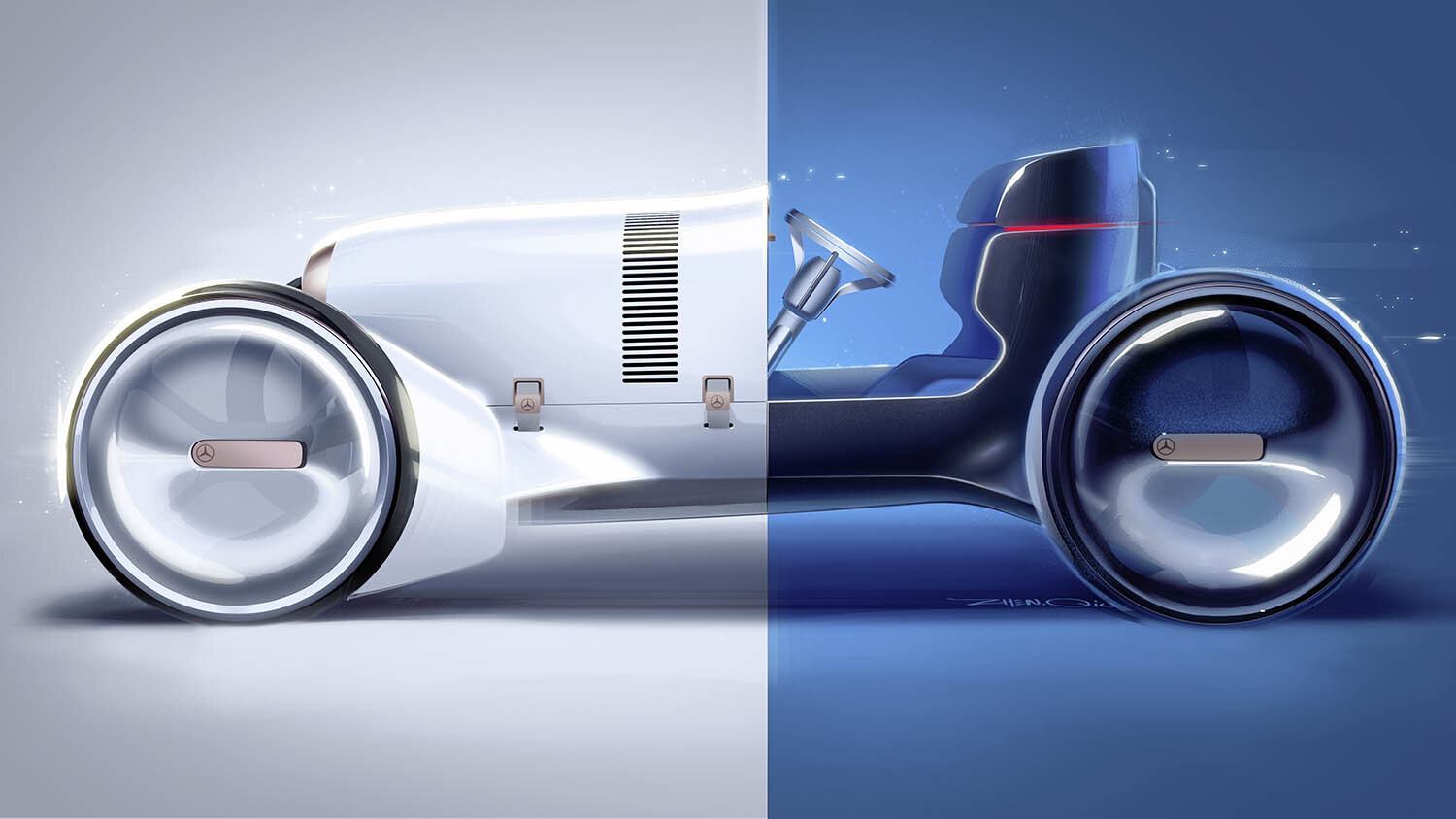 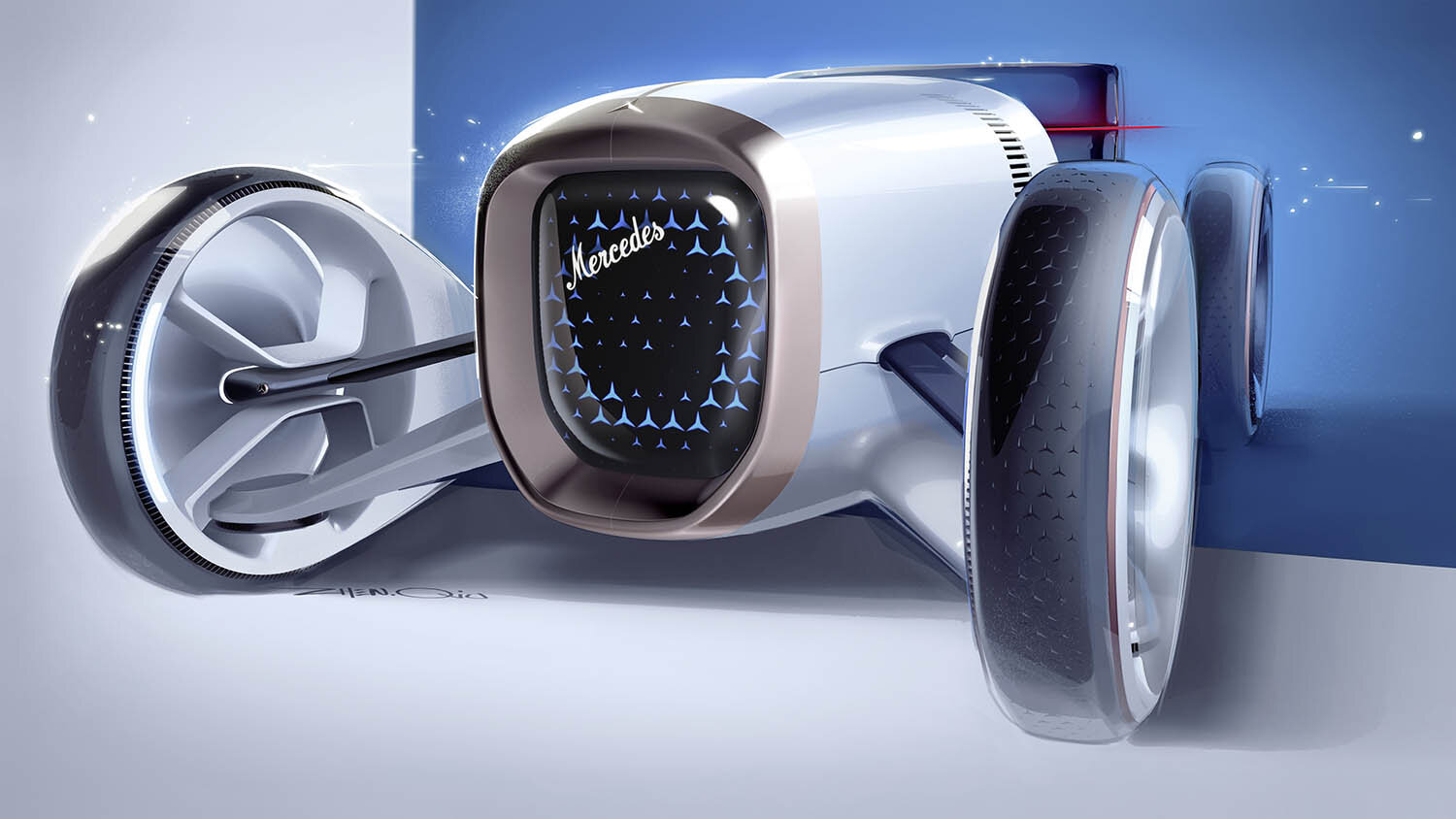 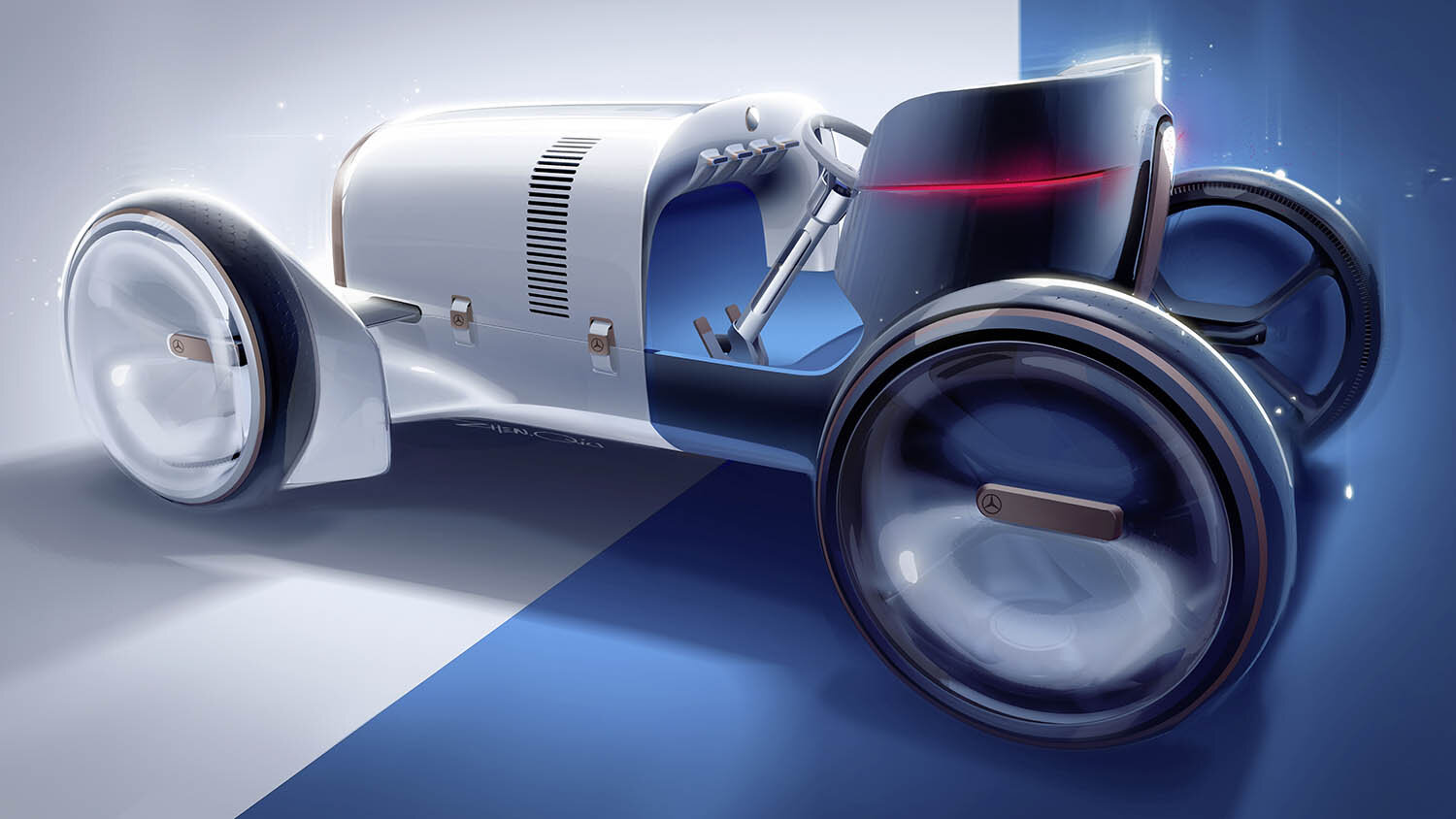 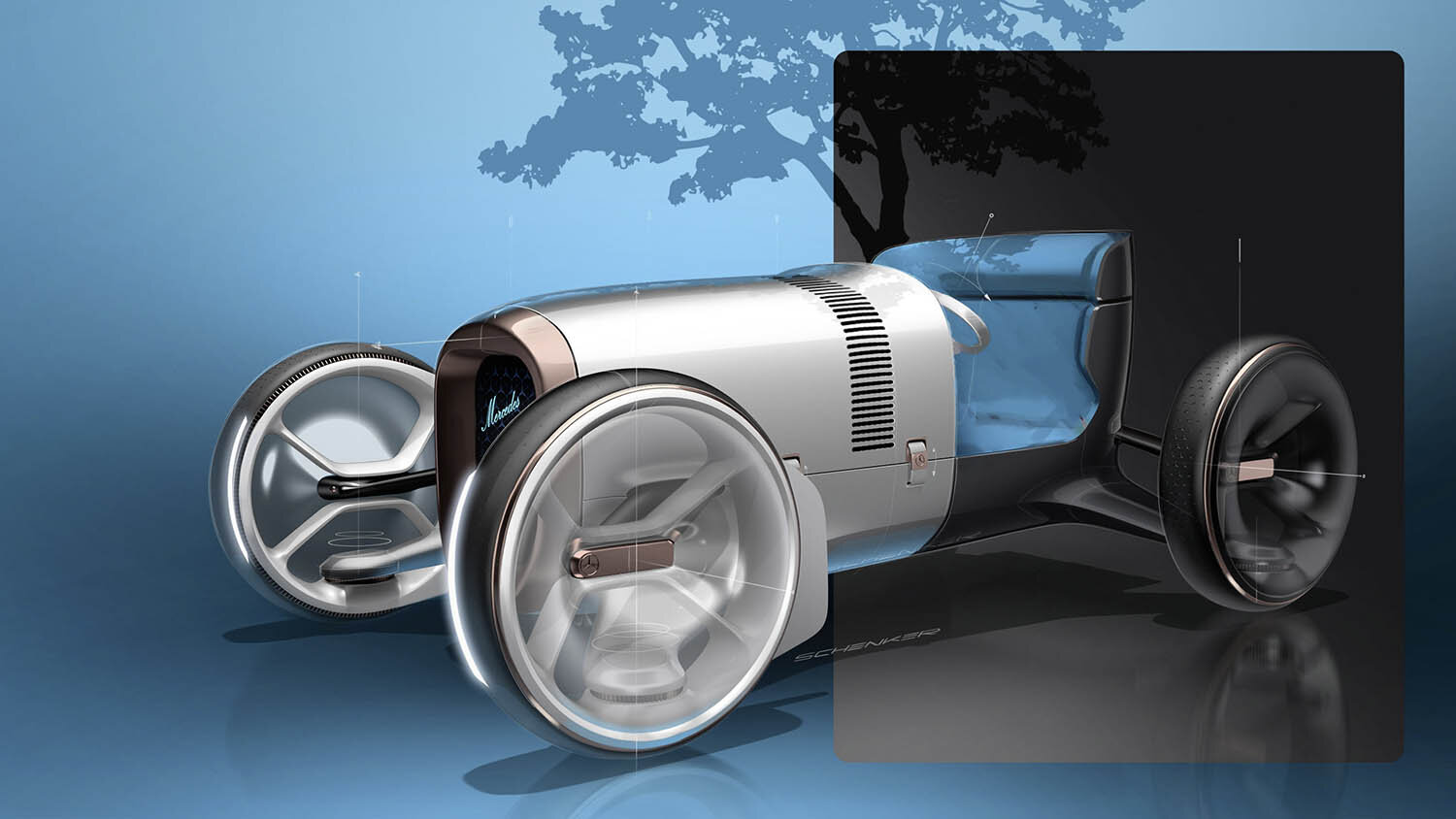 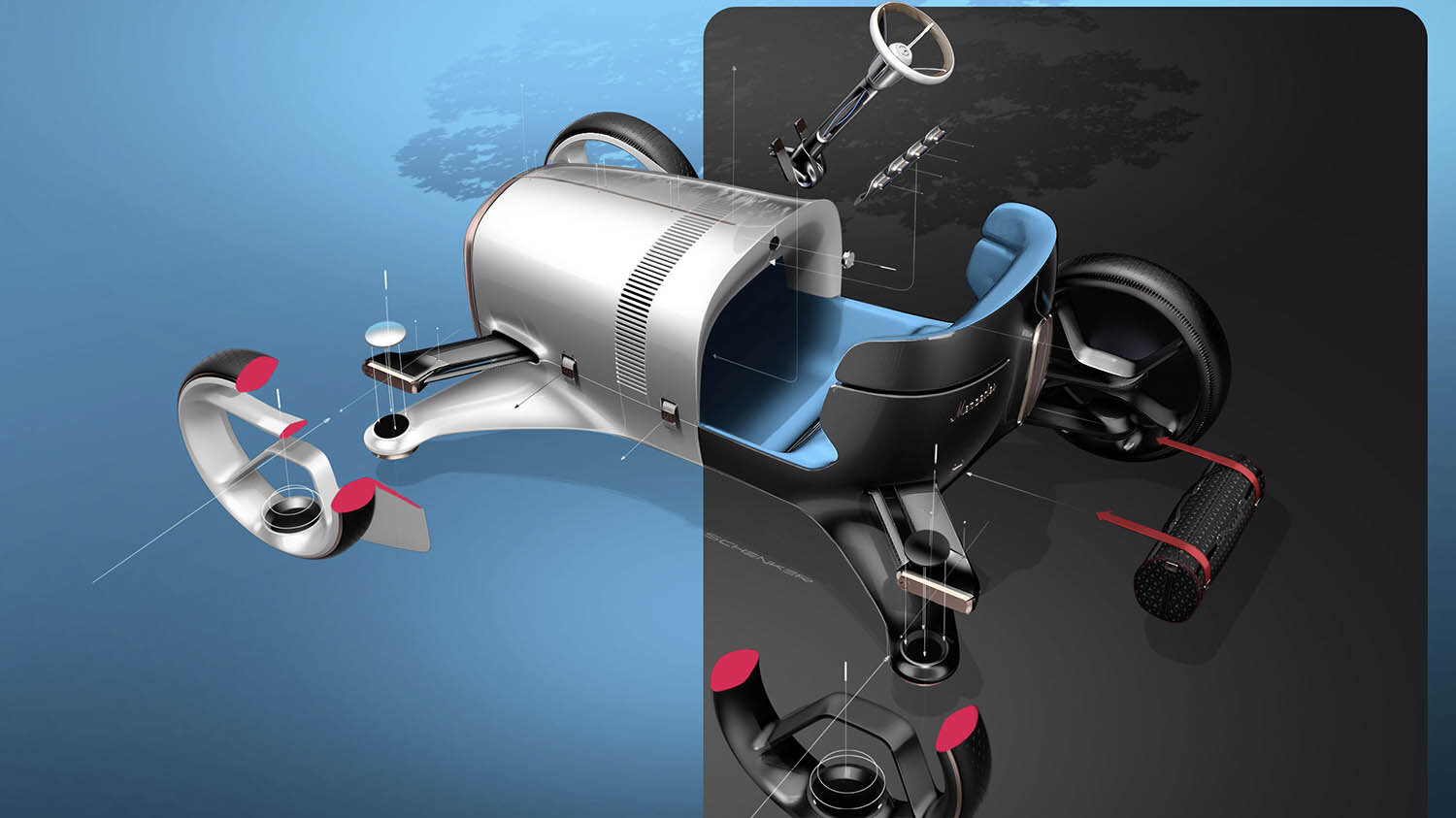 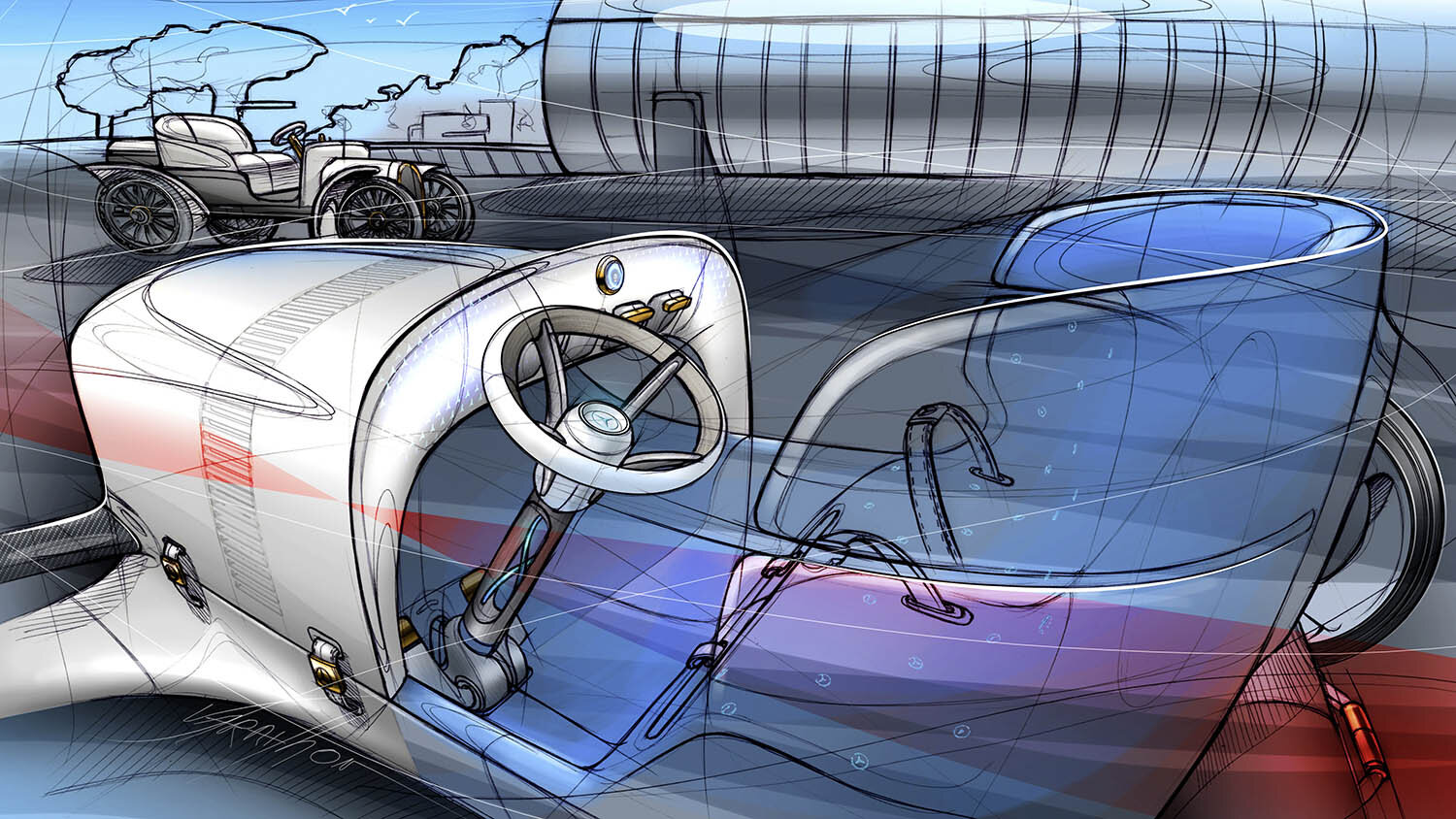 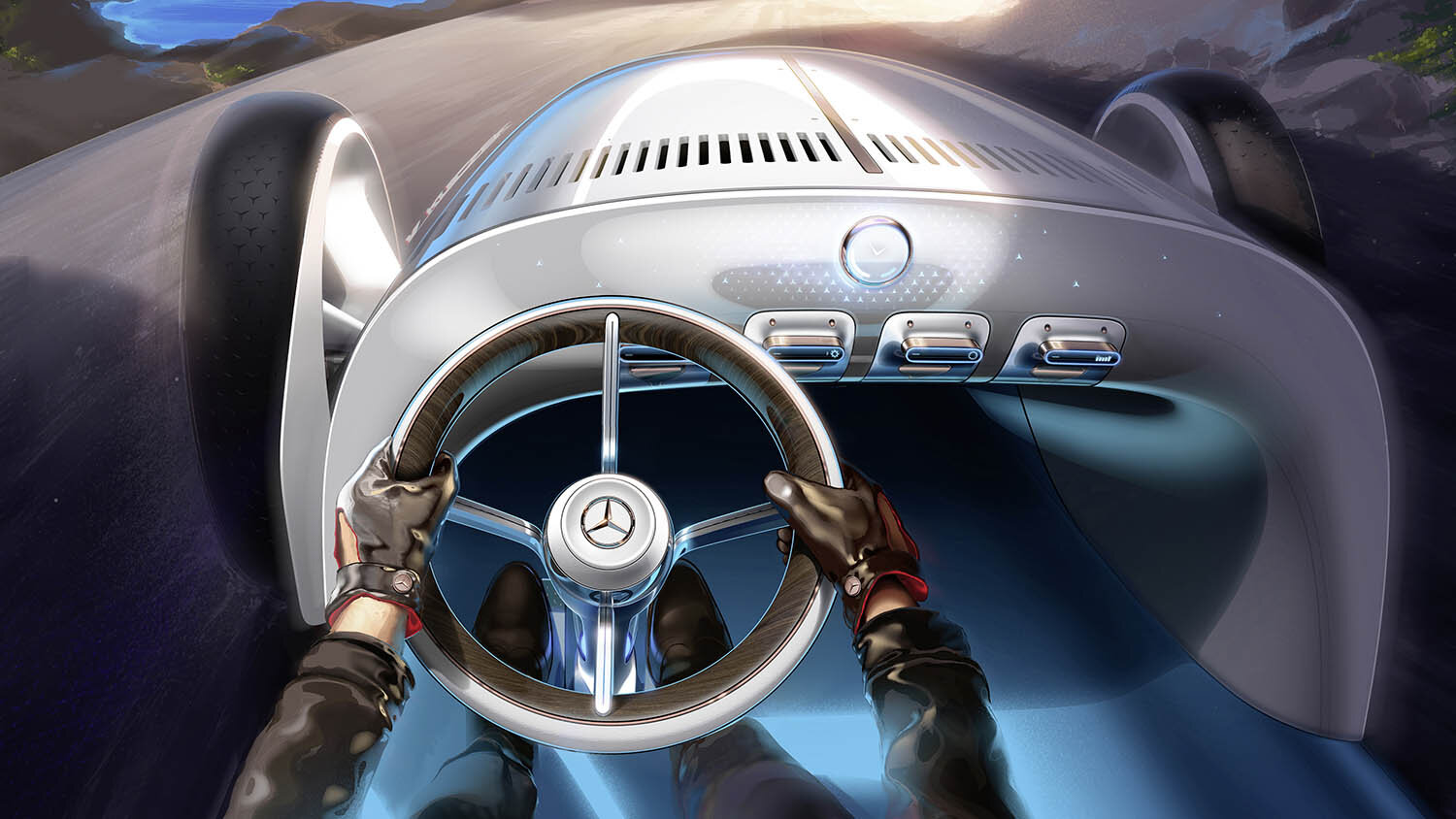 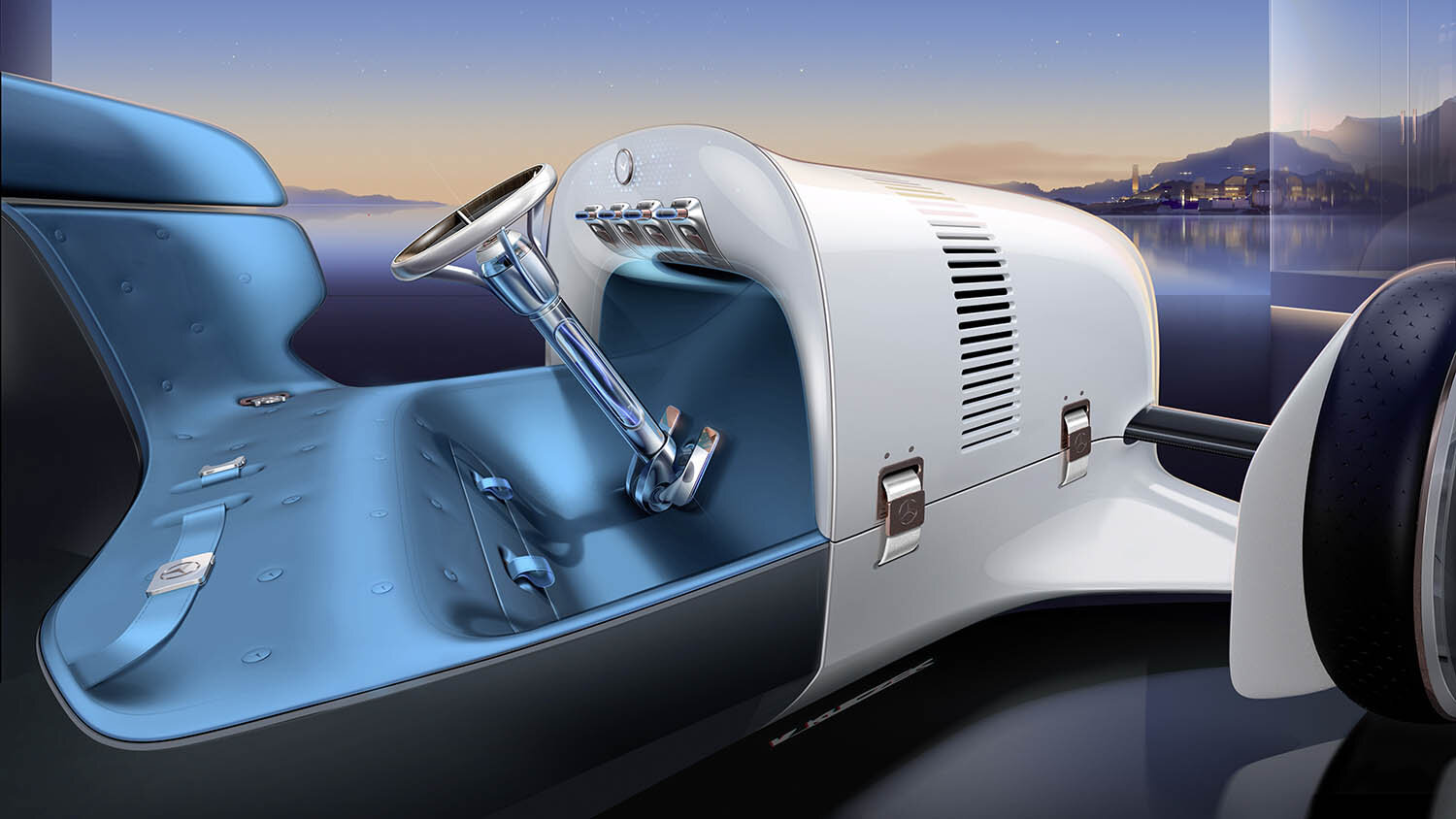 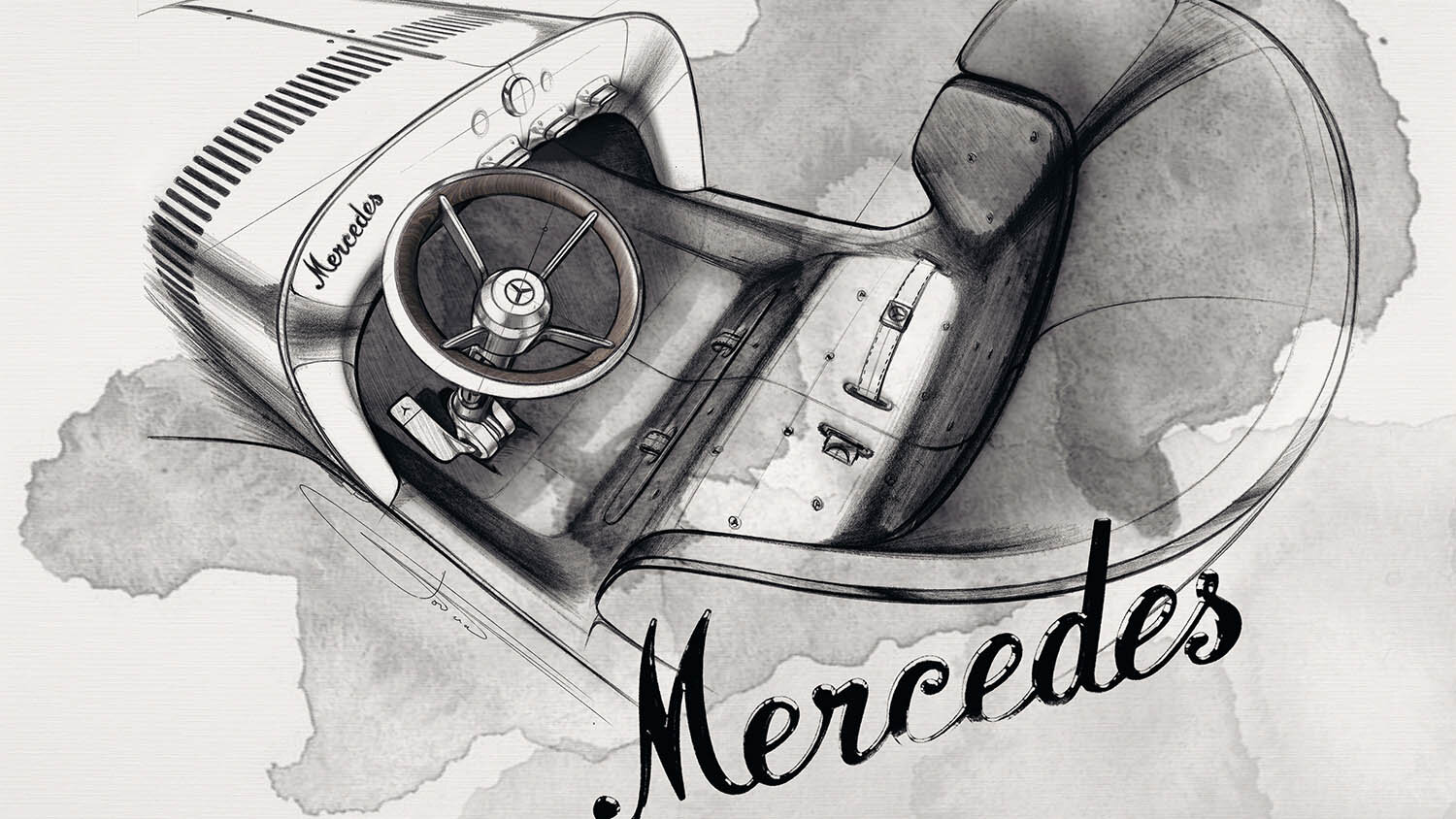 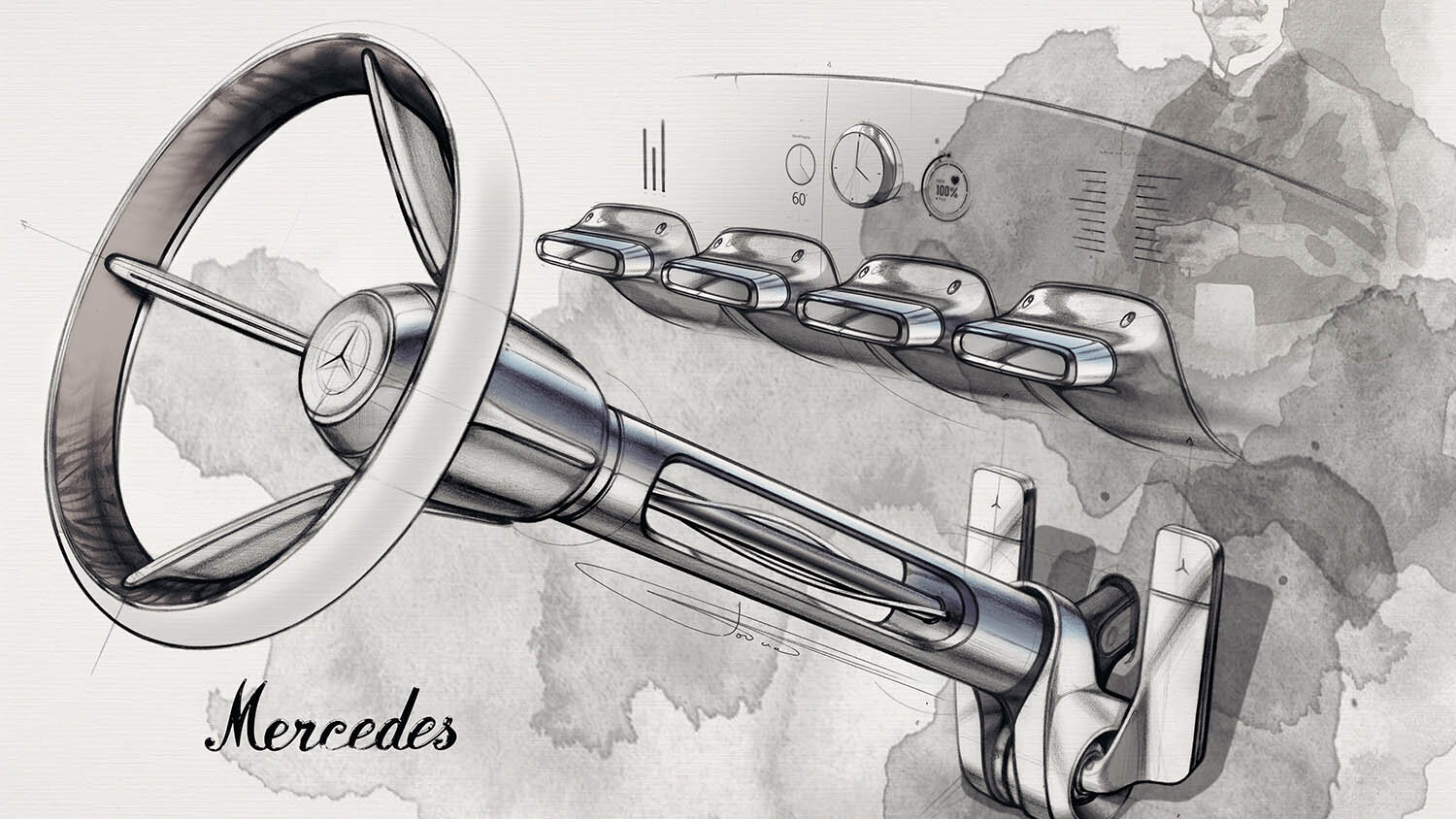 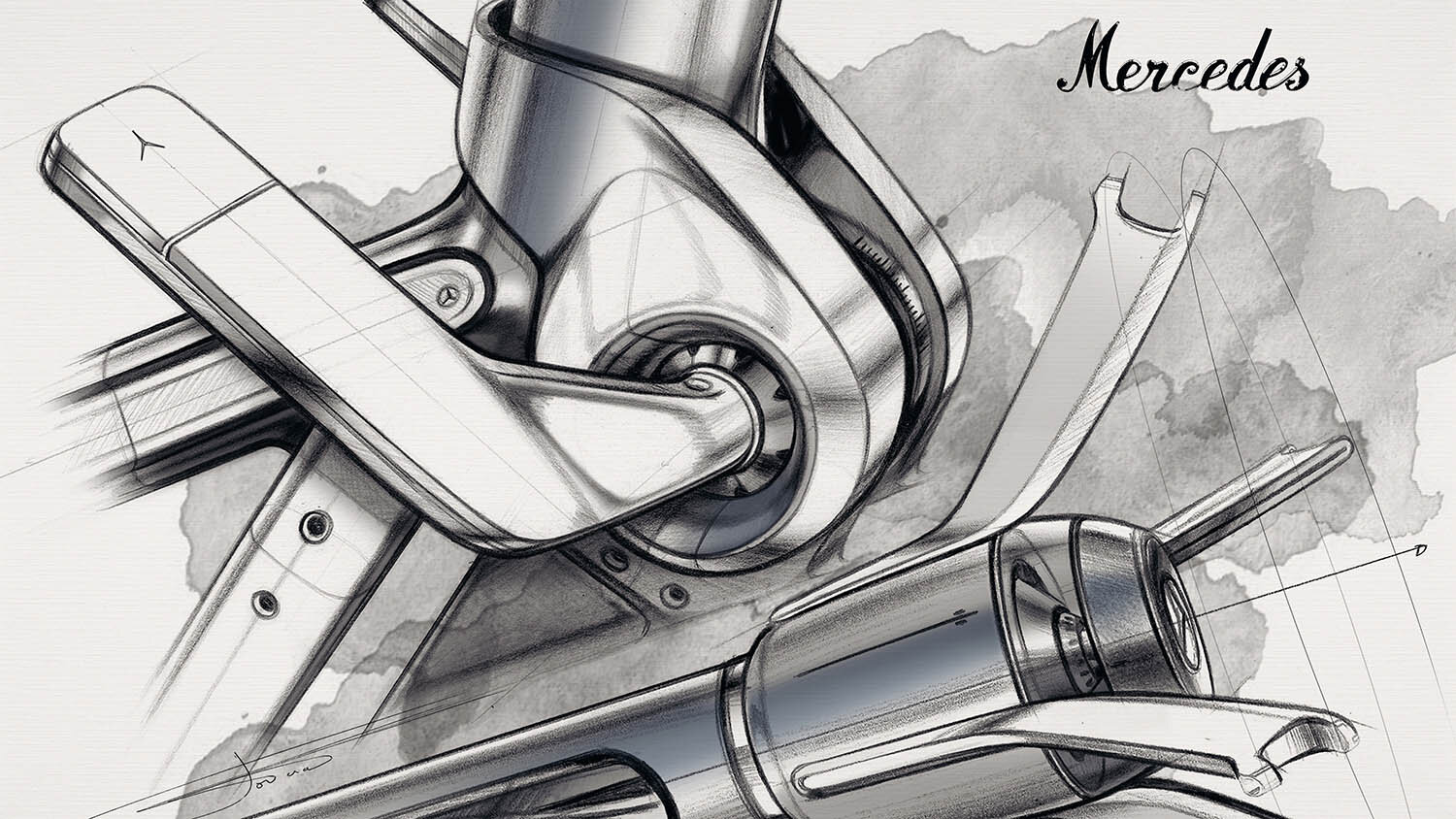 The radiator dominants the front of the car – reminiscent of the bronze radiator grille of the original historic racer – with an opening in the form of a large lens-shaped black panel/3D display. This is where the famous Mercedes lettering is digitally superimposed, as are animations which provide information on the vehicle status. This detail is a symbol of the transformation of the luxury car brand into the digital world.

The decentralised wheel location components unite aesthetics and engineering artistry in a unique way. The omission of a windscreen – as on the historic role model – reinforces the uncompromisingly sporty character and allows a seamless transition from the front-end flap to the instrument panel. The slim reversing lamps which are horizontally integrated into the rear section separate the upper section from the lower section of the exterior shell, which envelopes the occupants like a protective cocoon.

The UI/UX design demonstrates Mercedes vision of digital luxury. The driver is only shown precisely the information they actually require in the specific driving situation. The heart of the instrument panel is a physical rosé-gold-coloured instrument on which dynamic digital content is projected. 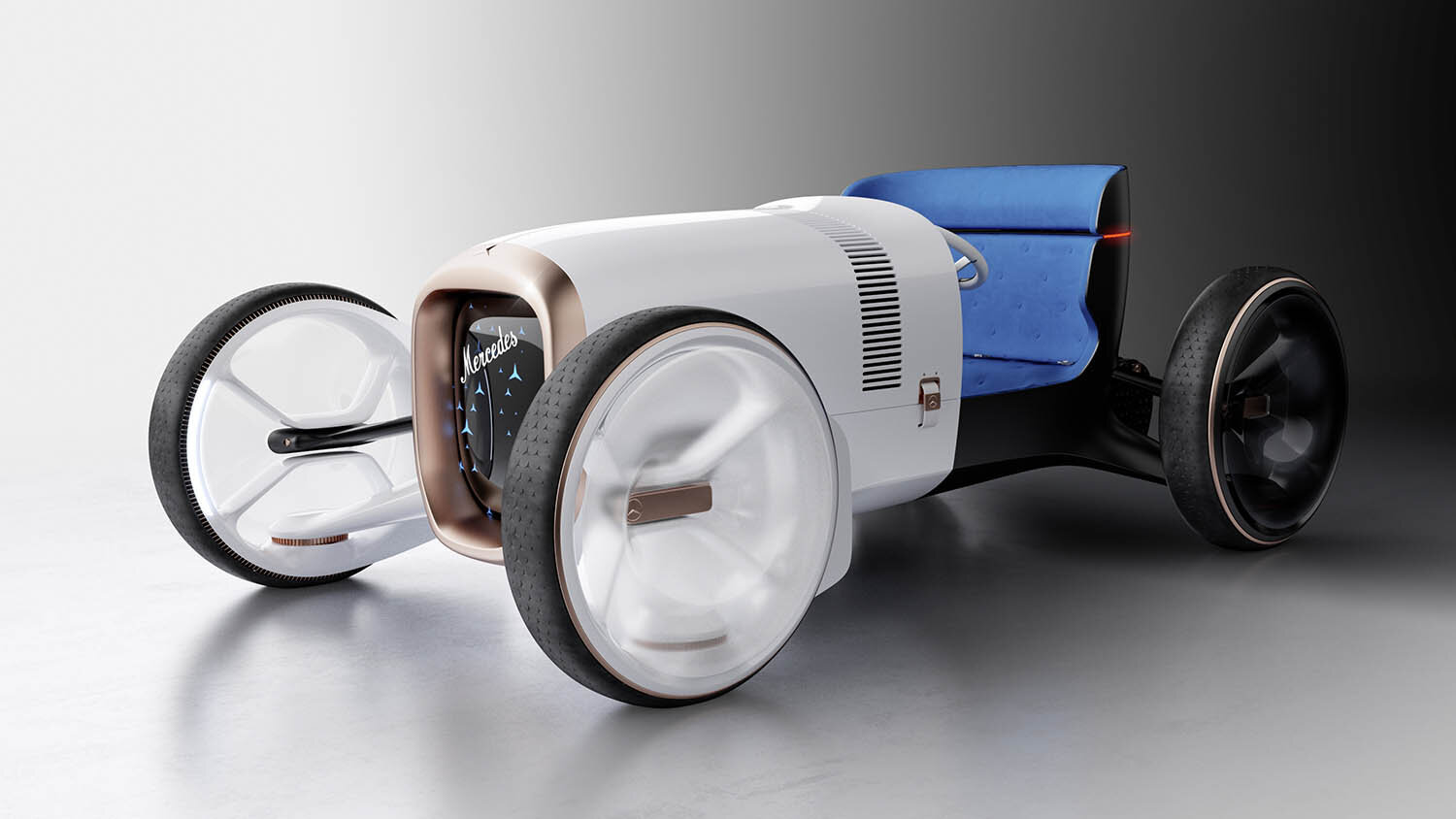 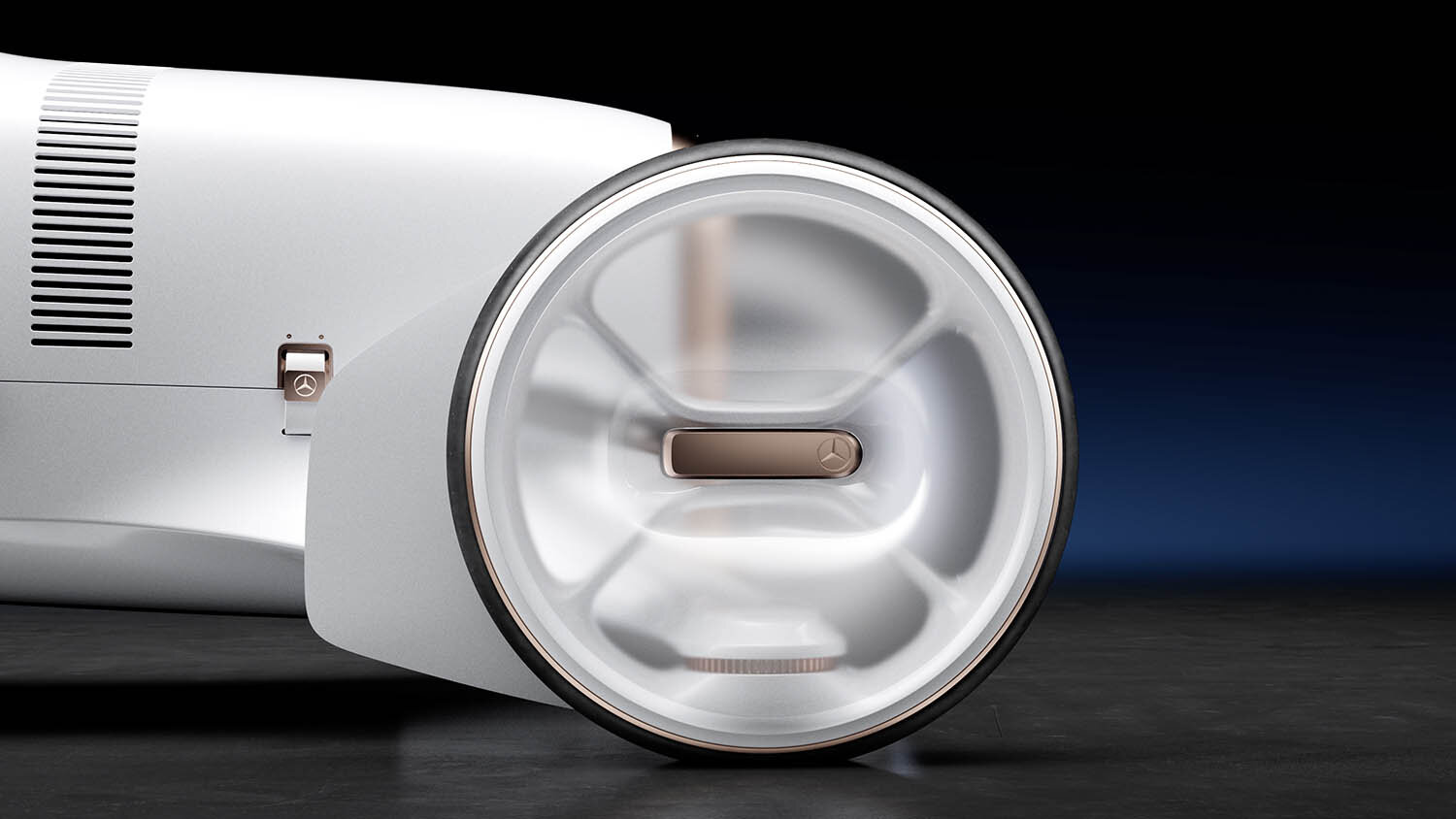 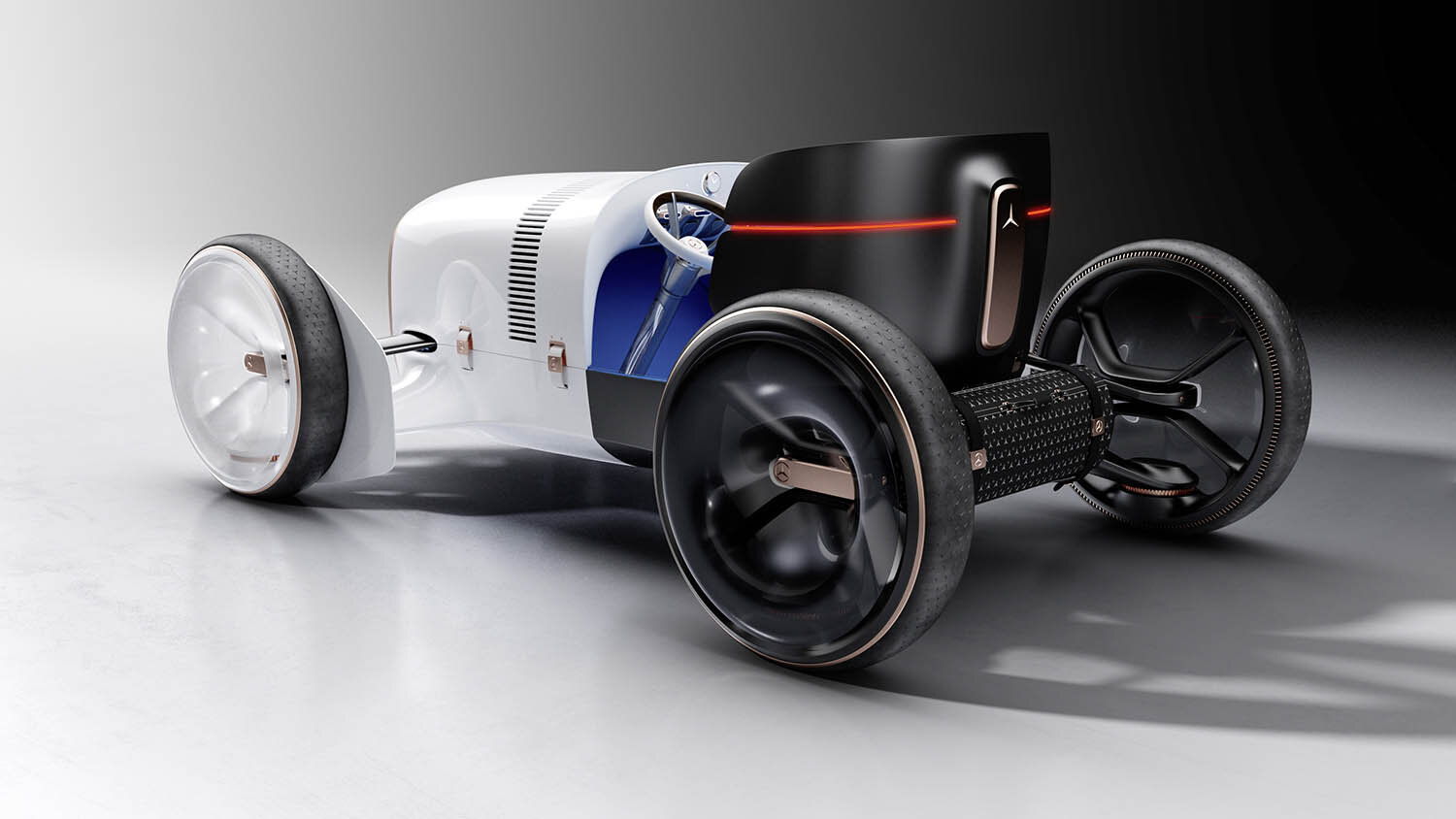 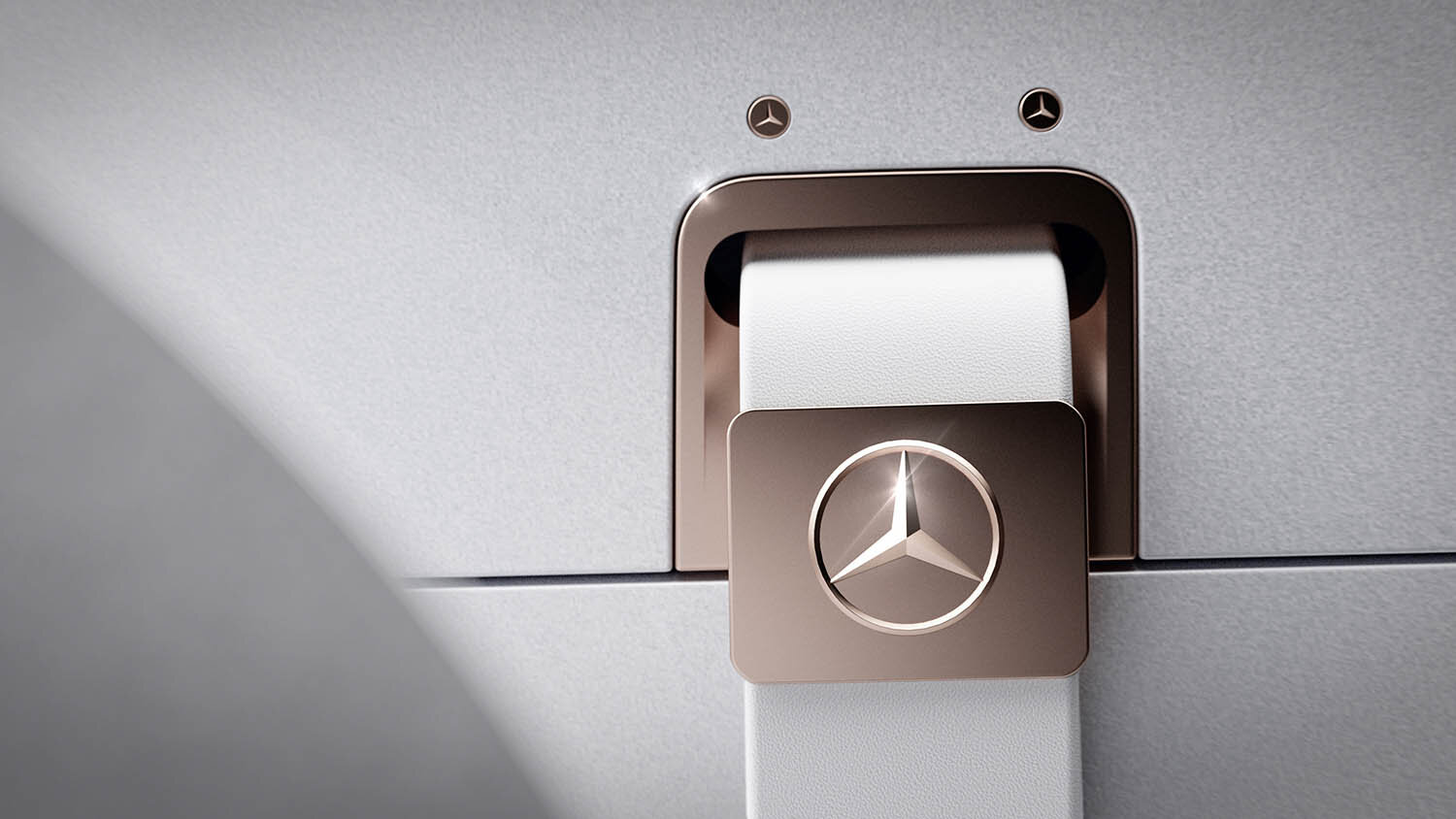 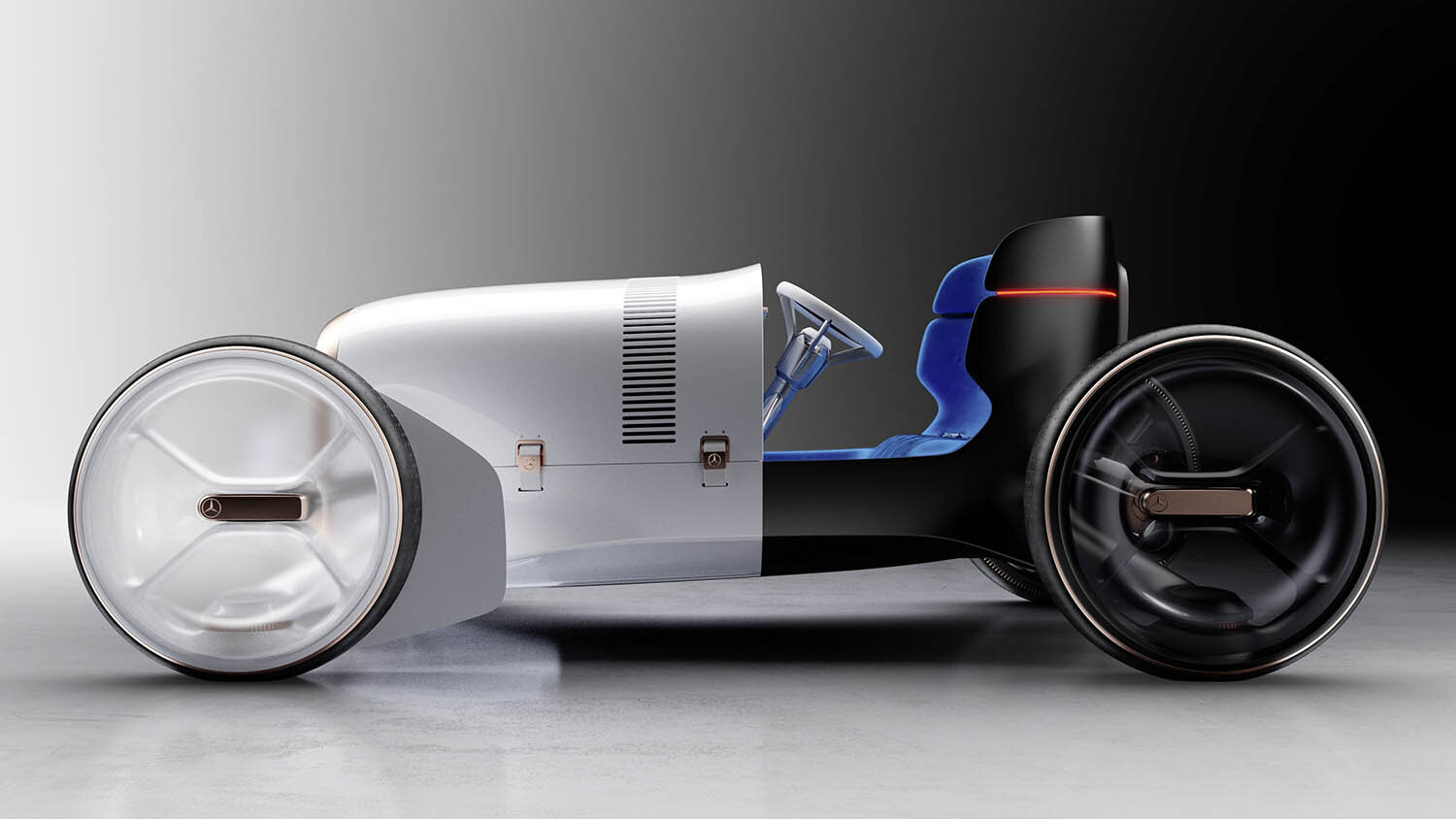 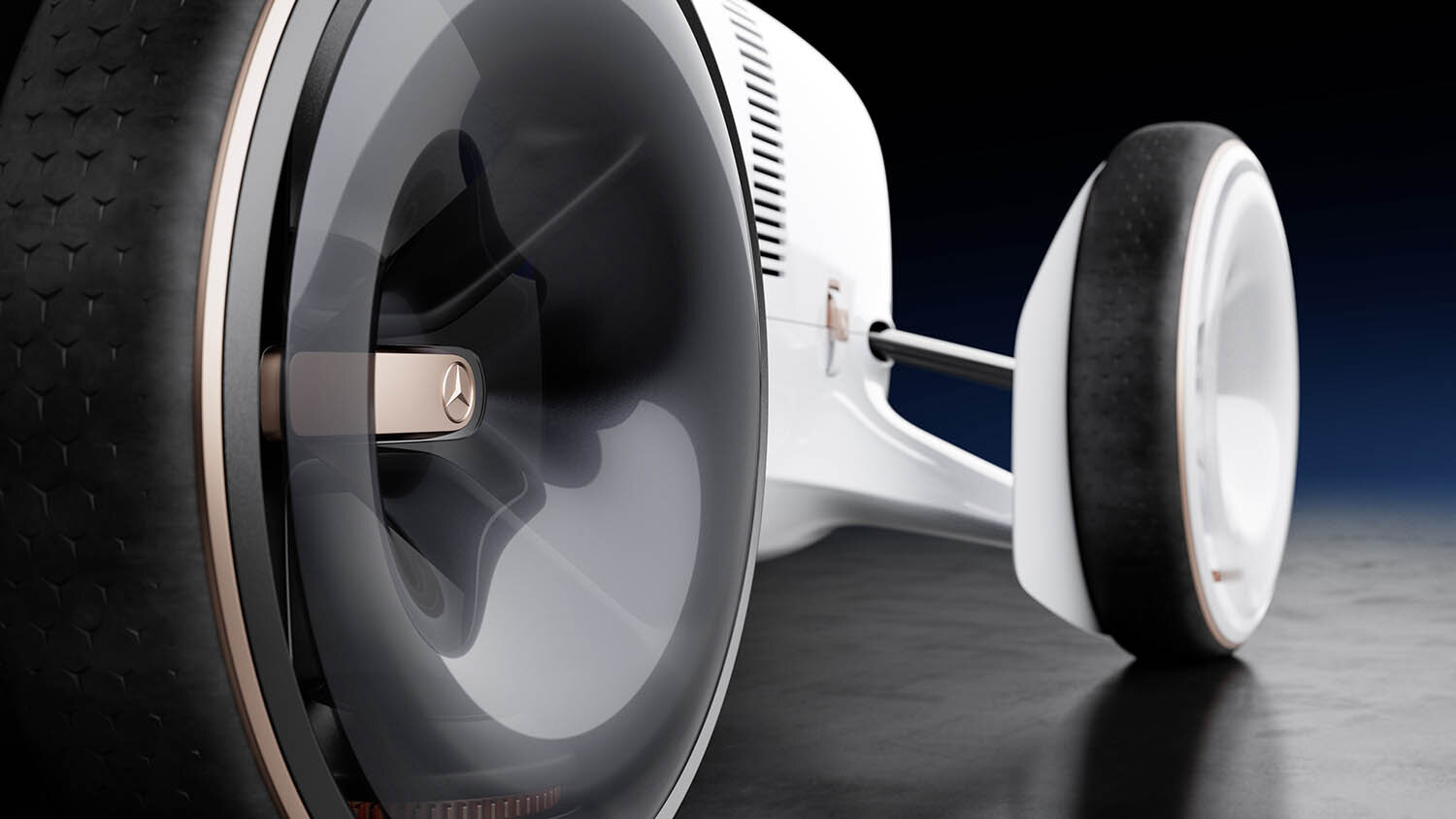 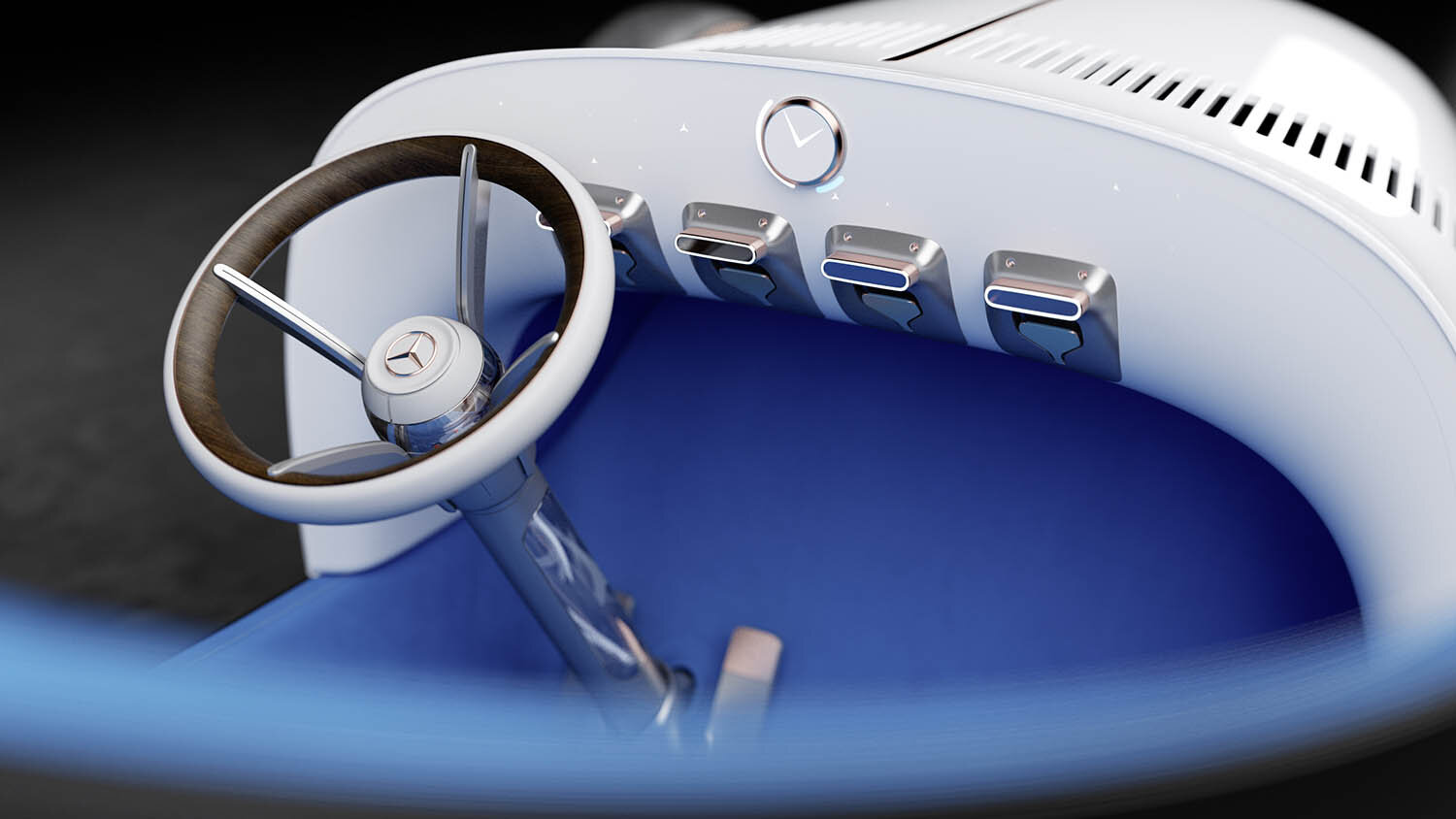