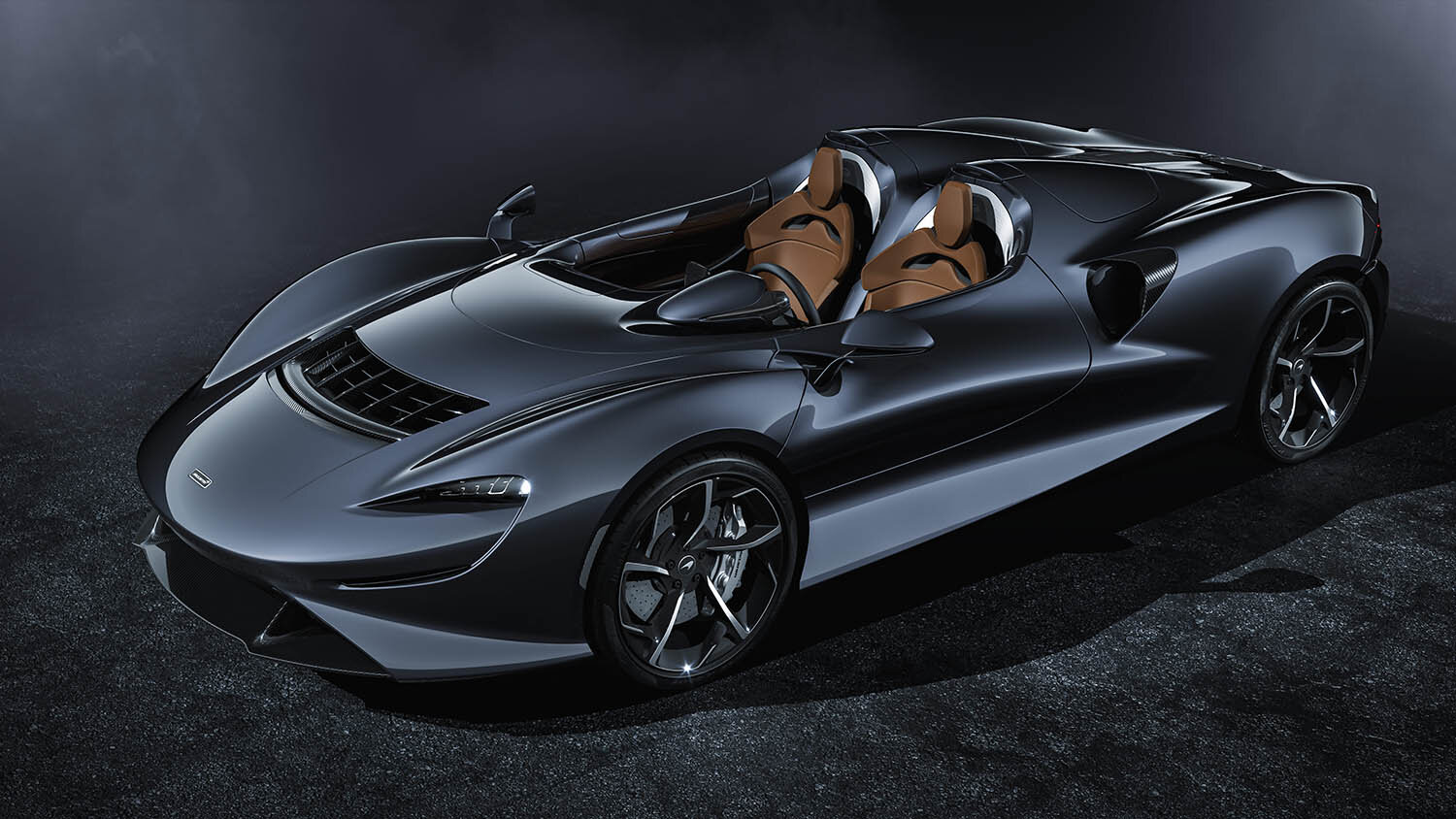 McLaren has unveiled its new Ultimate Series roadster, the Elva. As the first open-cockpit road car, the Elva adds a new dimension to the range-topping Ultimate Series lineage. The new McLaren Elva will be strictly limited with just 399 examples being offered to customers.

The Elva name celebrates the McLaren-Elva M1A, M1B and M1C of the 1960s. Produced as versions of the innovative and exciting Group 7 McLaren race cars, the McLaren-Elva sportscars embodied many of the pioneering design and engineering principles that are integral to the McLaren road cars produced today.

The new Elva is a fast open-cockpit car; an extreme two-seater with a bespoke carbon fibre chassis and body but no roof, no windscreen and no side windows.

A 4.0-litre, twin-turbocharged McLaren V8 from the same family of engines that powers the McLaren Senna combines with the lightest vehicle weight of any road car produced by McLaren to give the new roadster truly breathtaking performance.

The appearance of the McLaren Elva is simply striking. The low nose and pronounced front fender peaks provide visual drama and at the same time enhance forward vision. Large, carbon fibre rear arches flow from the front of the door to the rear, while the height of the twin rear buttresses is minimised by using a deployable roll-over protection system. Helmets can be worn, but the form and sculpture of the upper cabin wraps around the driver and passenger to provide a secure environment. 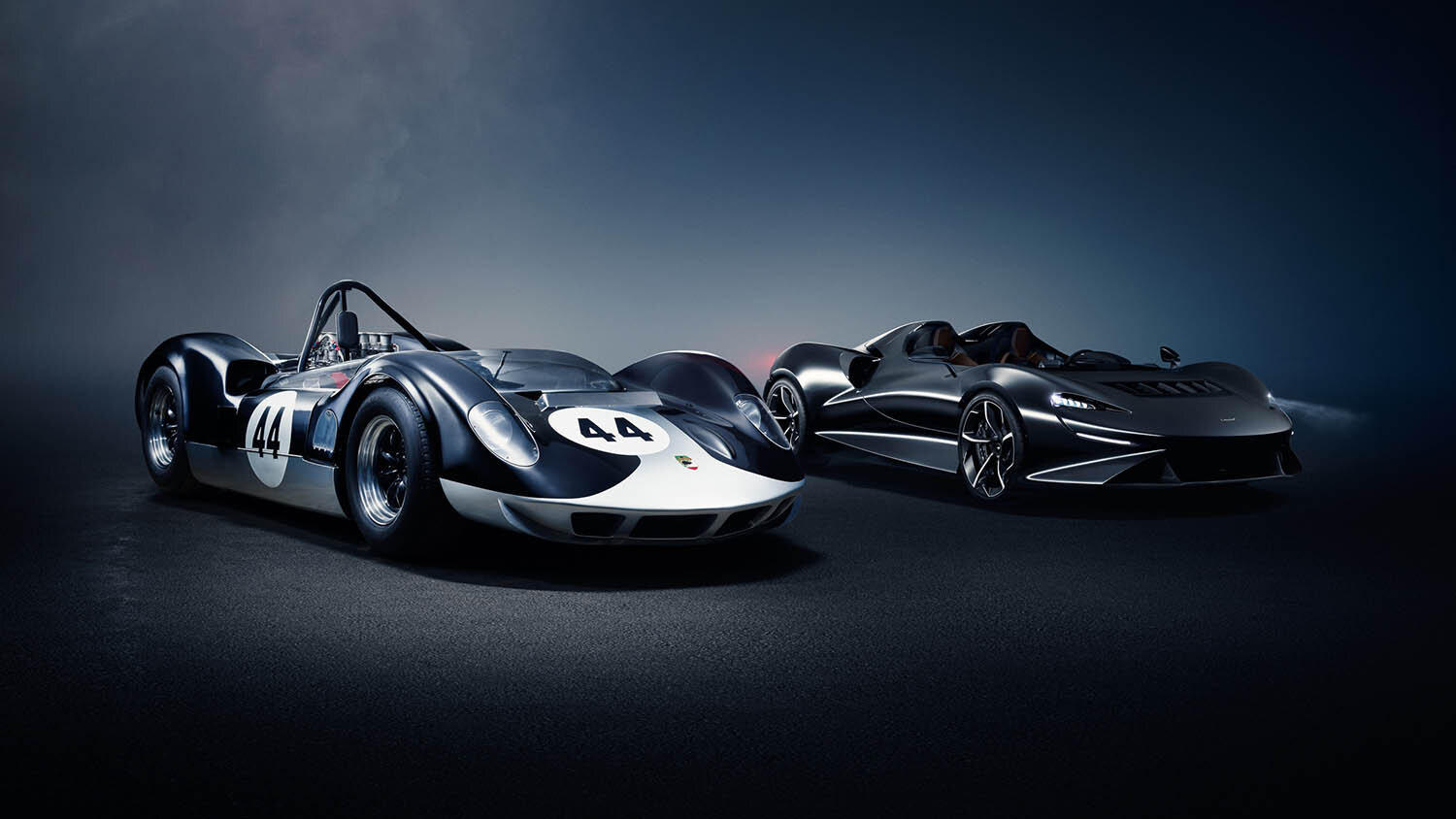 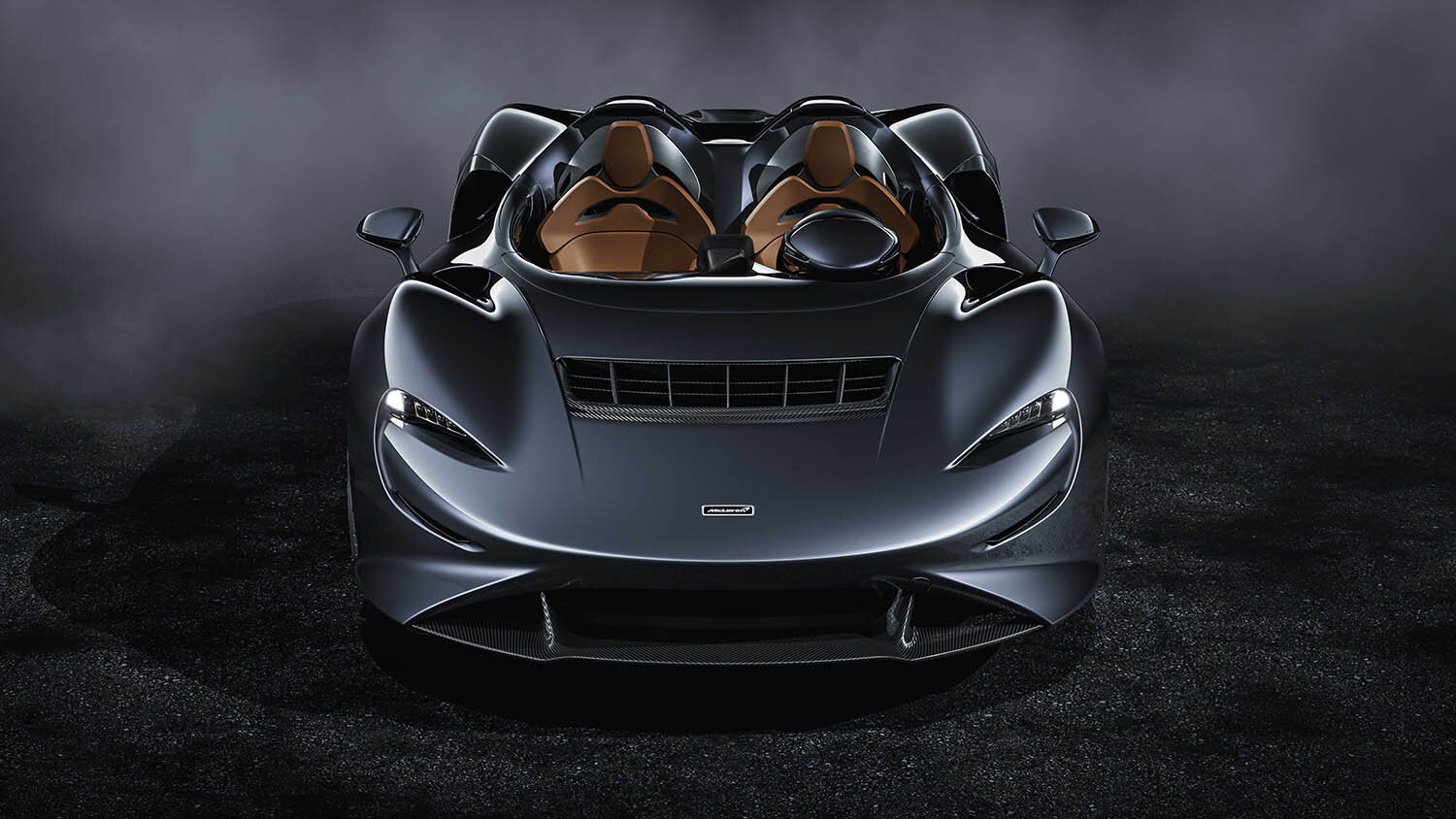 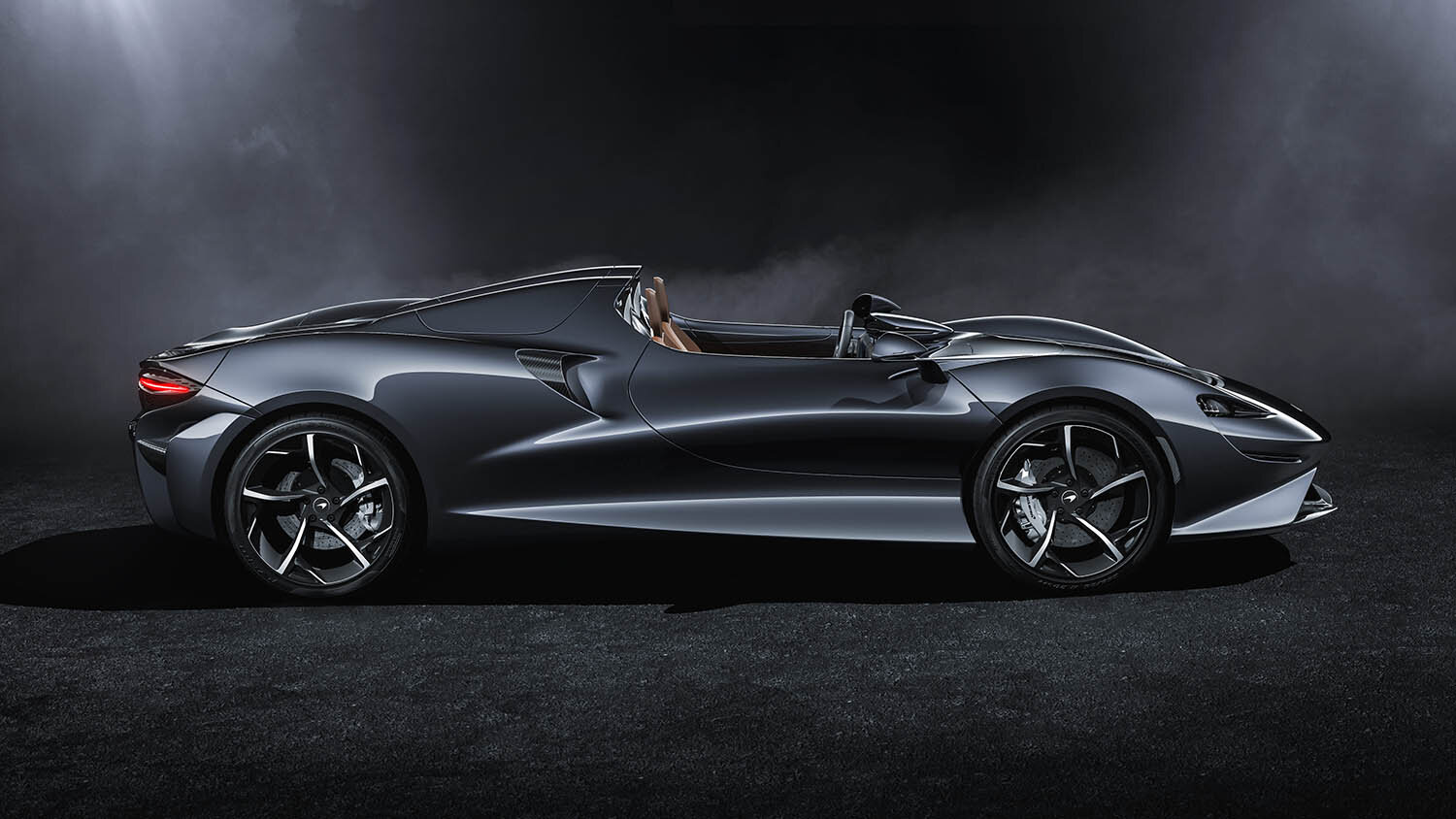 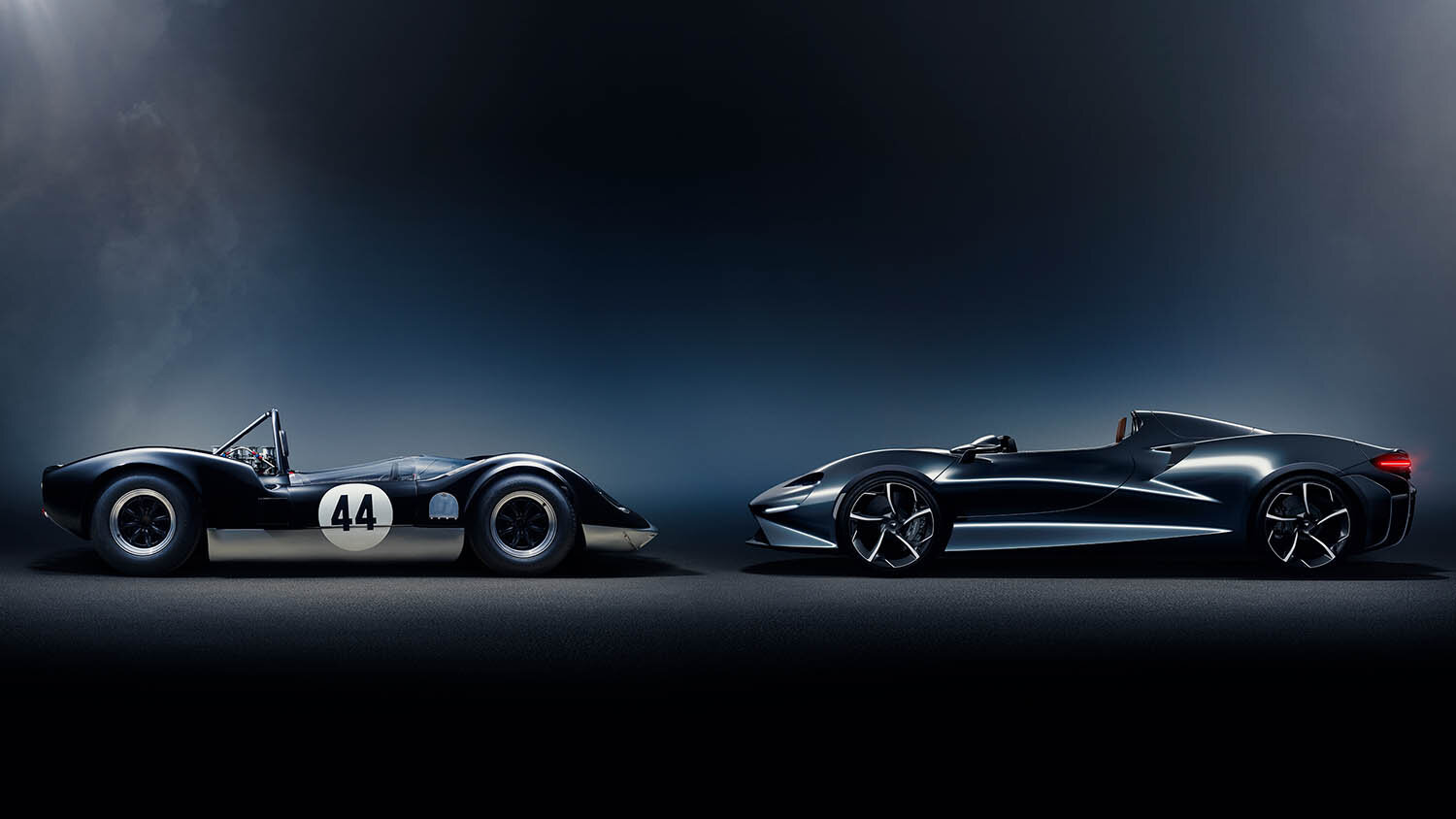 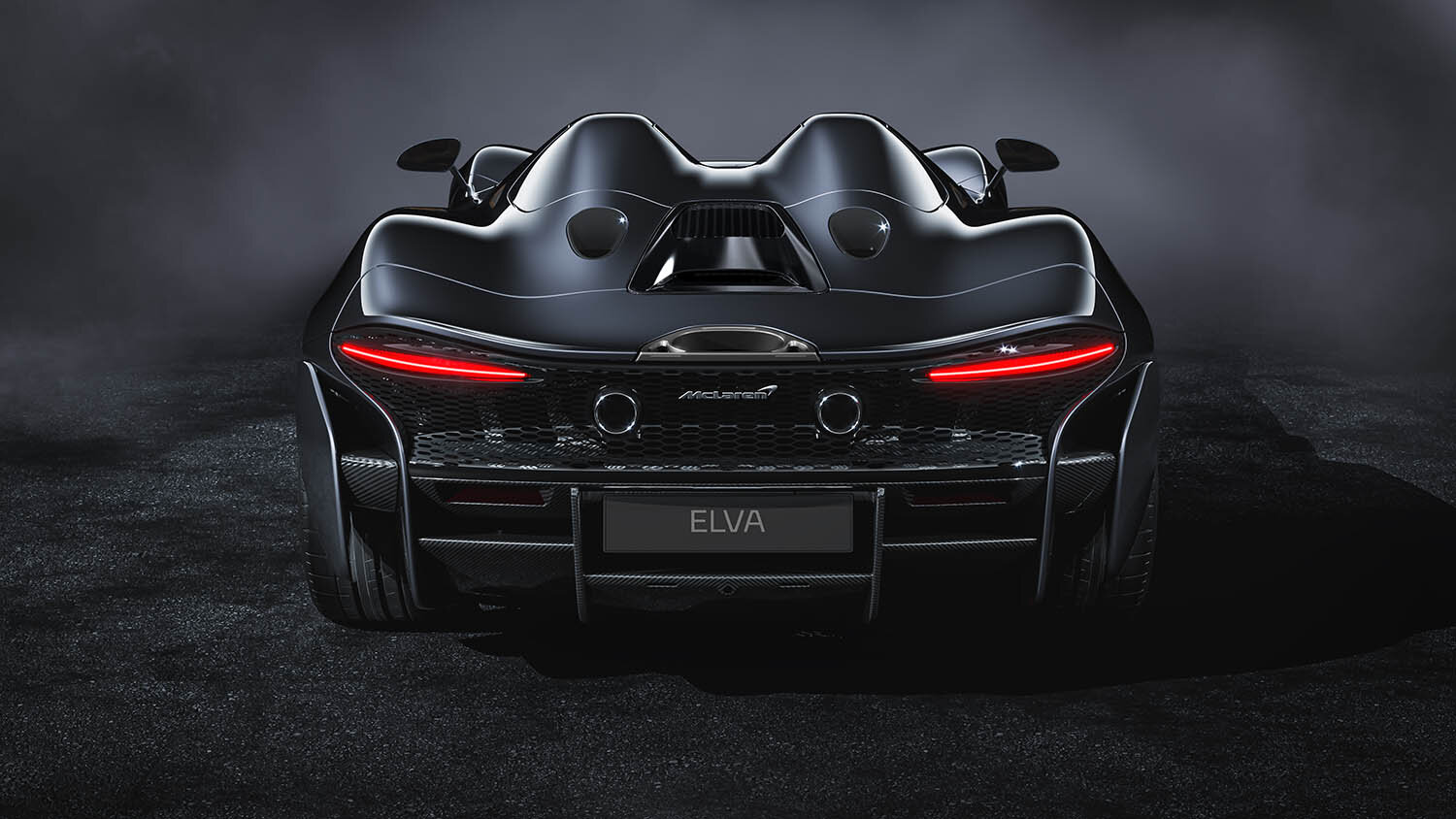 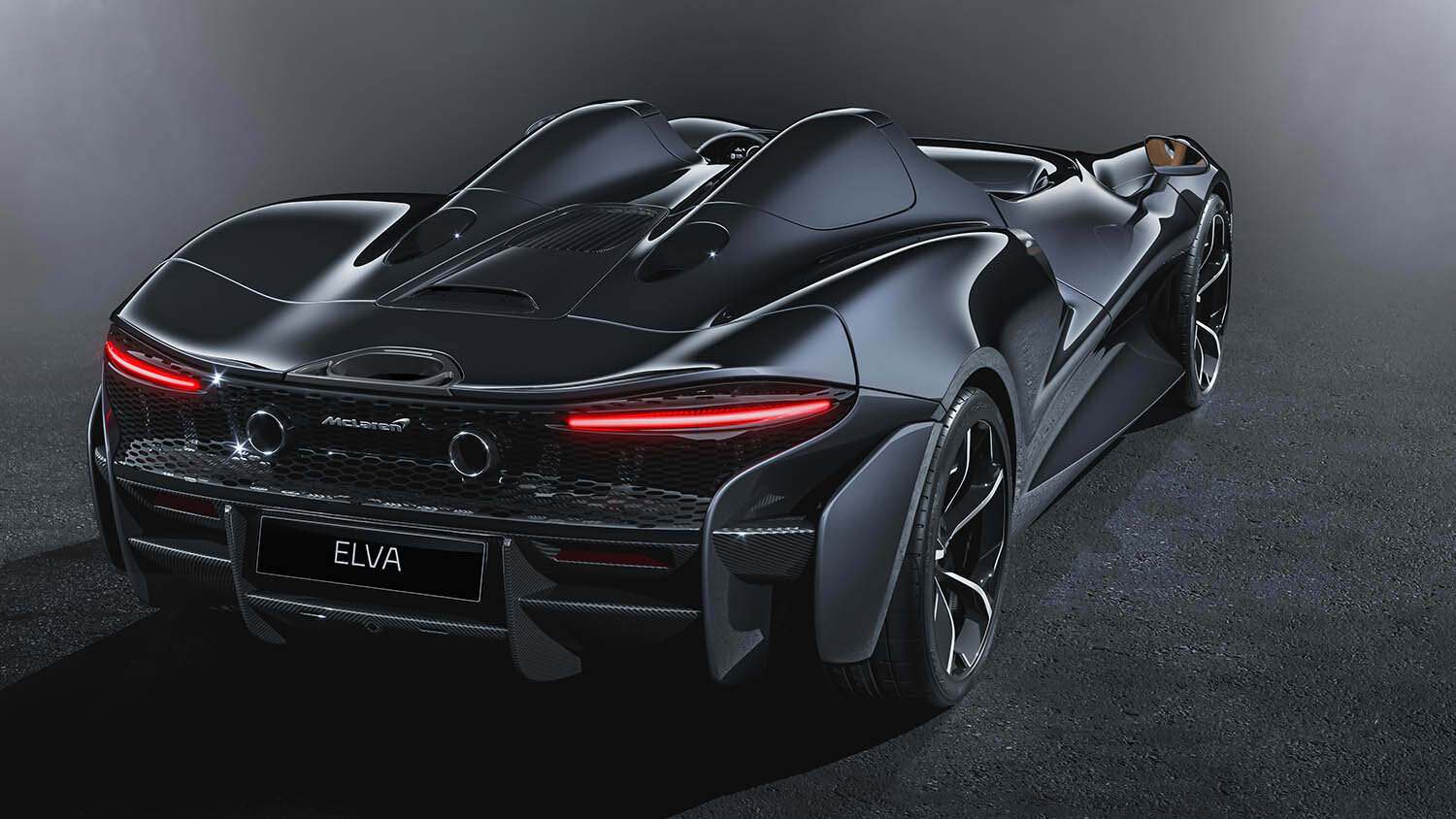 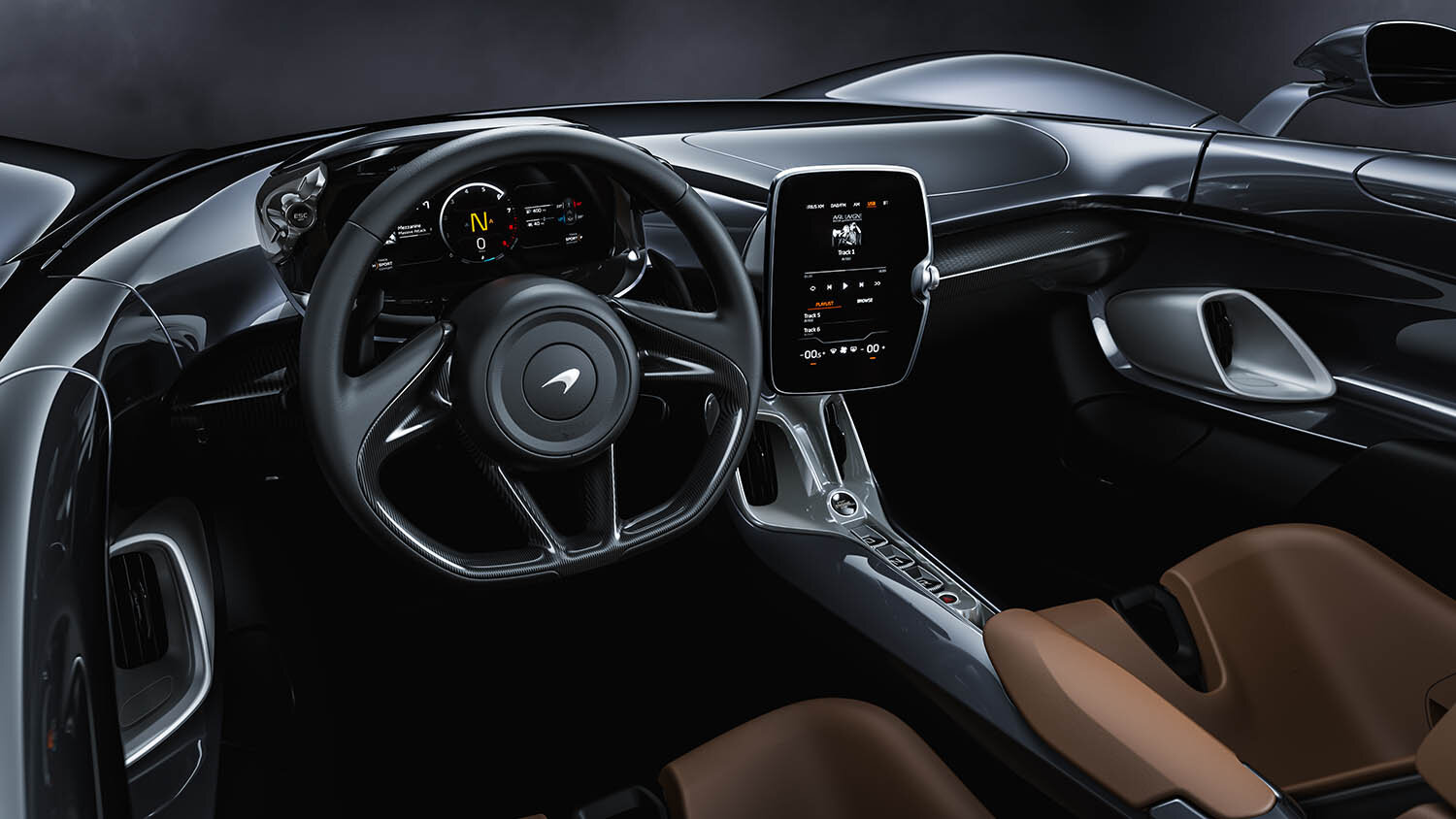 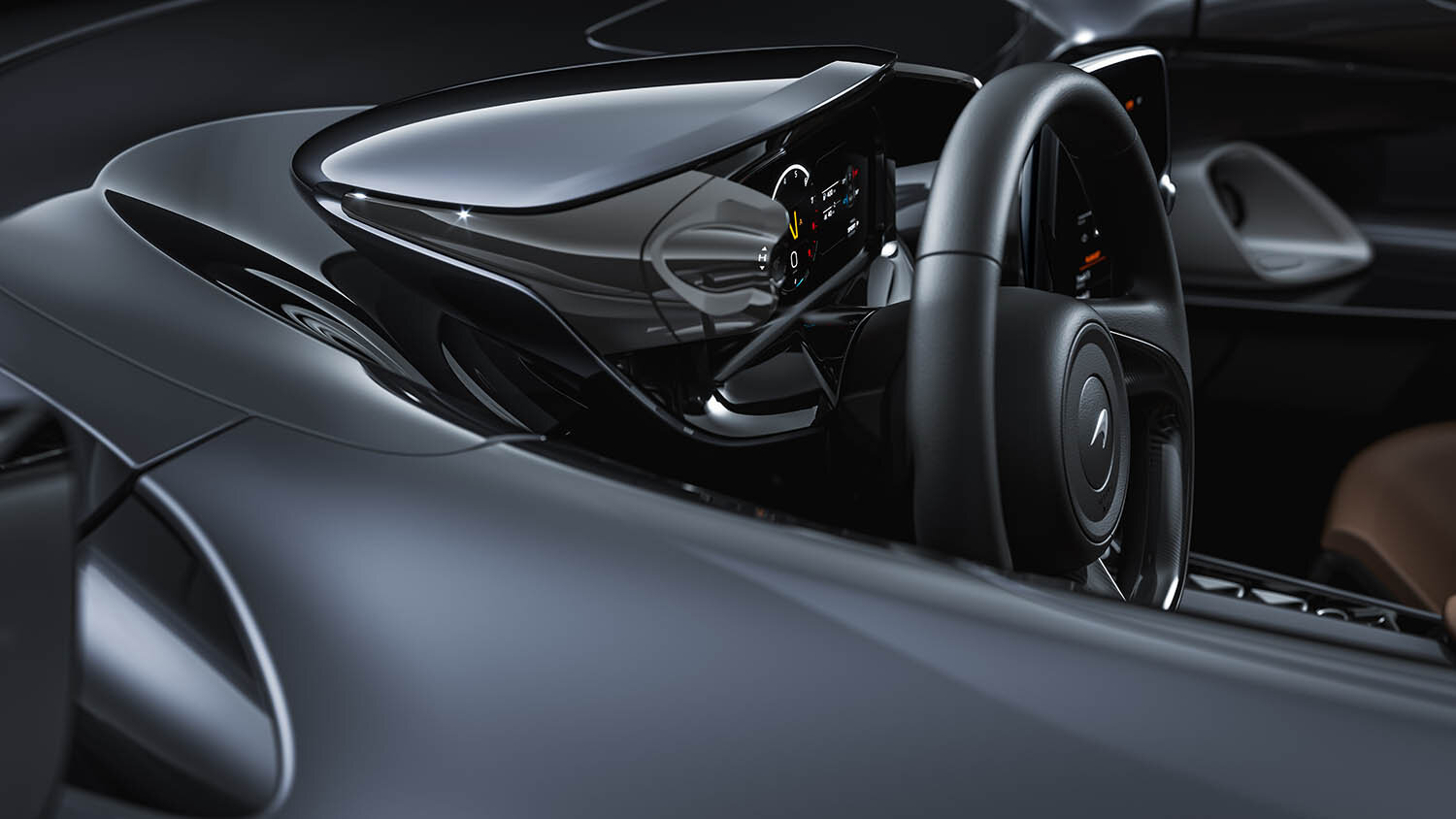