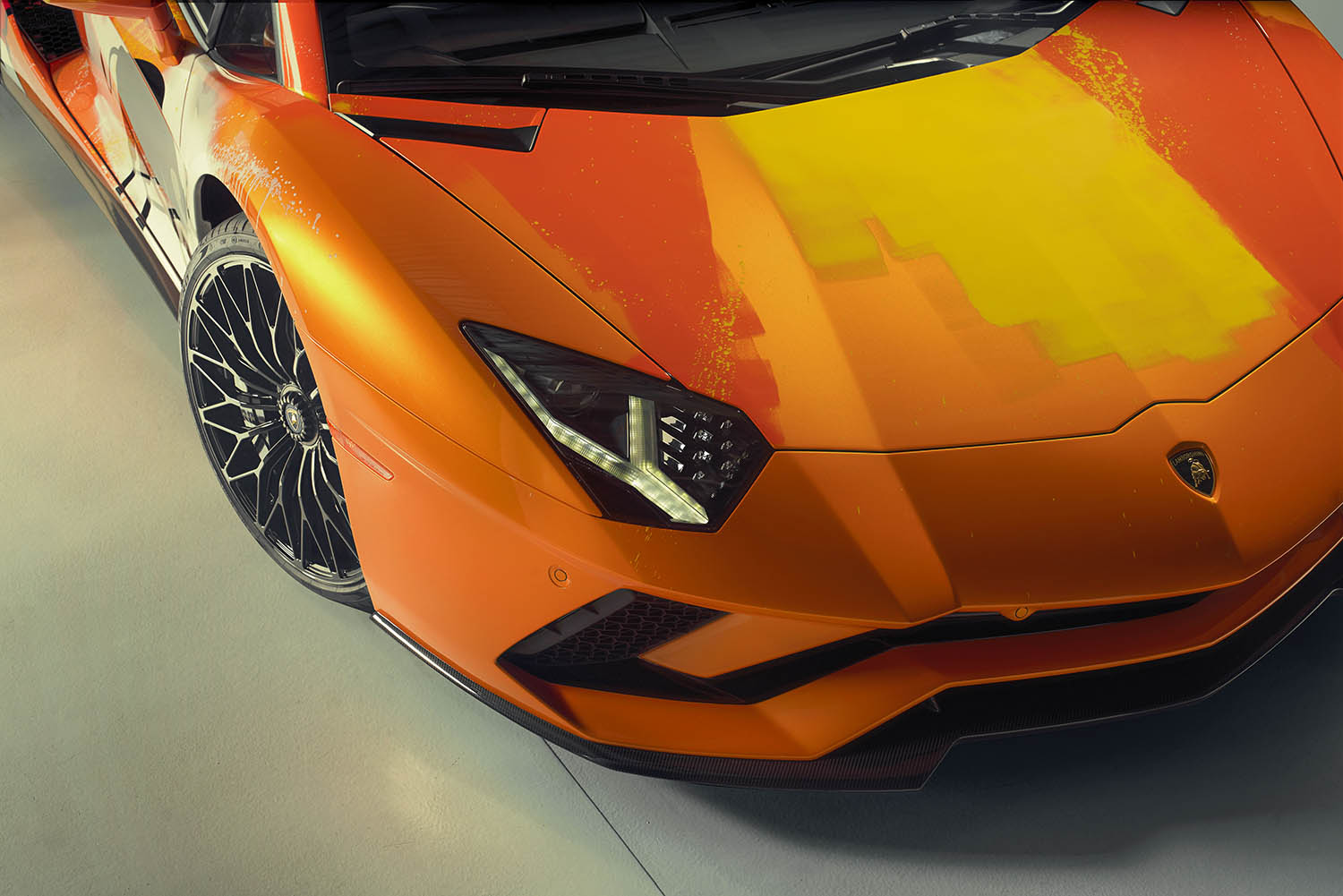 Lamborghini have unveiled this unique Aventador S interpreted by Skyler Grey, a young American street artist. The one-off Aventador symbolises the fusion of two artistic concepts: on one hand the automotive art of Lamborghini, where the unique design form, always characterised by taut lines, three-dimensional volumes, and geometries and stylistic elements of the past is combined with groundbreaking technological solutions; on the other hand, the art of Skyler Grey. At just 19 years old Skyler has been called the “Fresh Prince of Street Art” and his iconographic pop style has often brought him comparisons to artists the likes of Andy Warhol, Keith Haring, and Jean-Michel Basquiat. He is the youngest artist to have his work exhibited in museums and international art fairs, and he was named in the 2017 Forbes “30 under 30” list of the most influential artists worldwide.

The creative process, which lasted nearly a year, along with three weeks in the paint shop, was carried out in collaboration with an interfunctional team of technologists and specialists in painting, logistics, assembly and quality, who were involved in the project from the feasibility phase right through the production process. Despite the high level of complexity of the work, with the support of the team the artist has brought to life the first street-legal work of art on four wheels.

Skyler Grey used the main techniques of street art, including airbrushes, spray guns, rollers and stencils, to personalise the car body in his typical pop style in orange and yellow. The orange base colour, Arancio Atlas (orange), was the canvas on which Grey expressed all his creativity in interpreting the Lamborghini trademark. The exterior parts are enlivened with bold, irregular brushstrokes in yellow, dark orange and white, interspersed with splashes of colour and paint dripped onto the surface using the drip painting technique. The body, thus characterised by the alternating of three colours, was then animated by stylised images of bulls running along the side, depicted emerging from the air intakes in a race and from the iconic Campbell’s soup can, as a reference to Warhol’s “32 Campbell’s Soup Cans”. 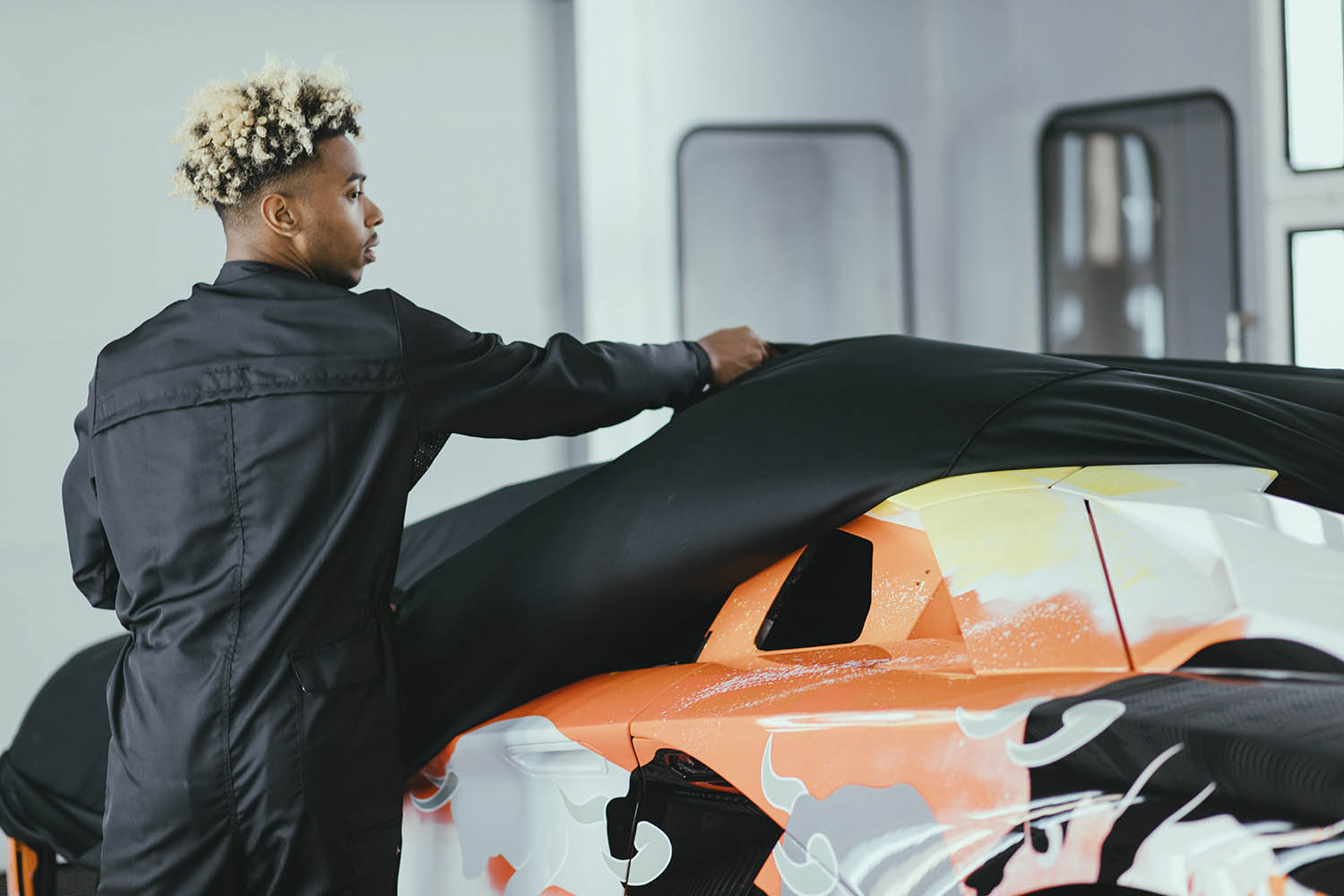 Like at the bottom of any artist’s canvas, Skyler Grey’s signature appears on the bodywork accompanied by the unmistakable lightning bolt above his name, confirming the authenticity and uniqueness of this work of art. The interiors, in Nero Ade (black) leather with contrasting orange stitching, are personalised on the rear panel with an embroidered image of a cartoon bull, situated between spots of coloured paint with a splash effect. The artist’s design for the bull was entrusted to the artistic embroidery skills of Lamborghini’s upholstery specialists. 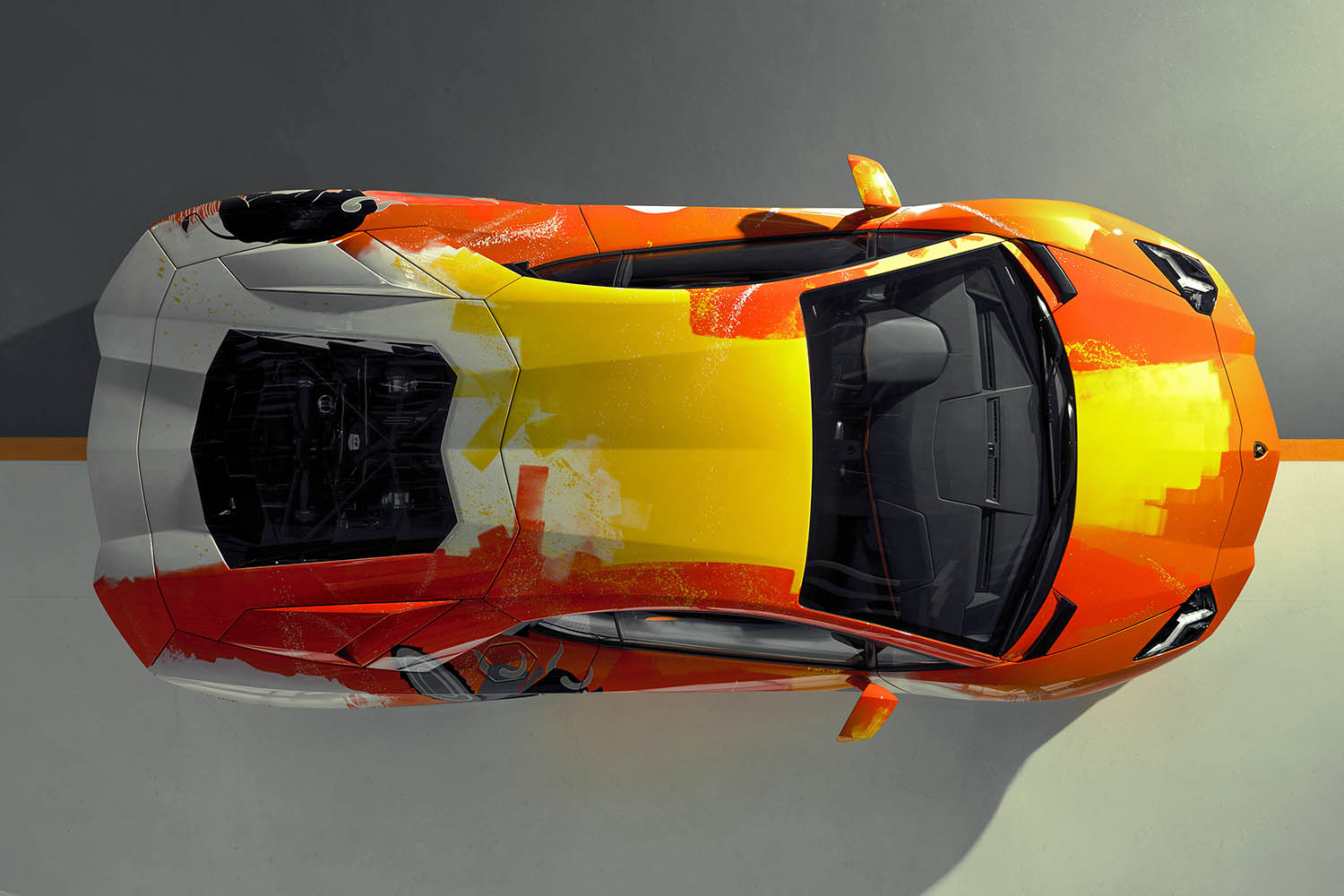 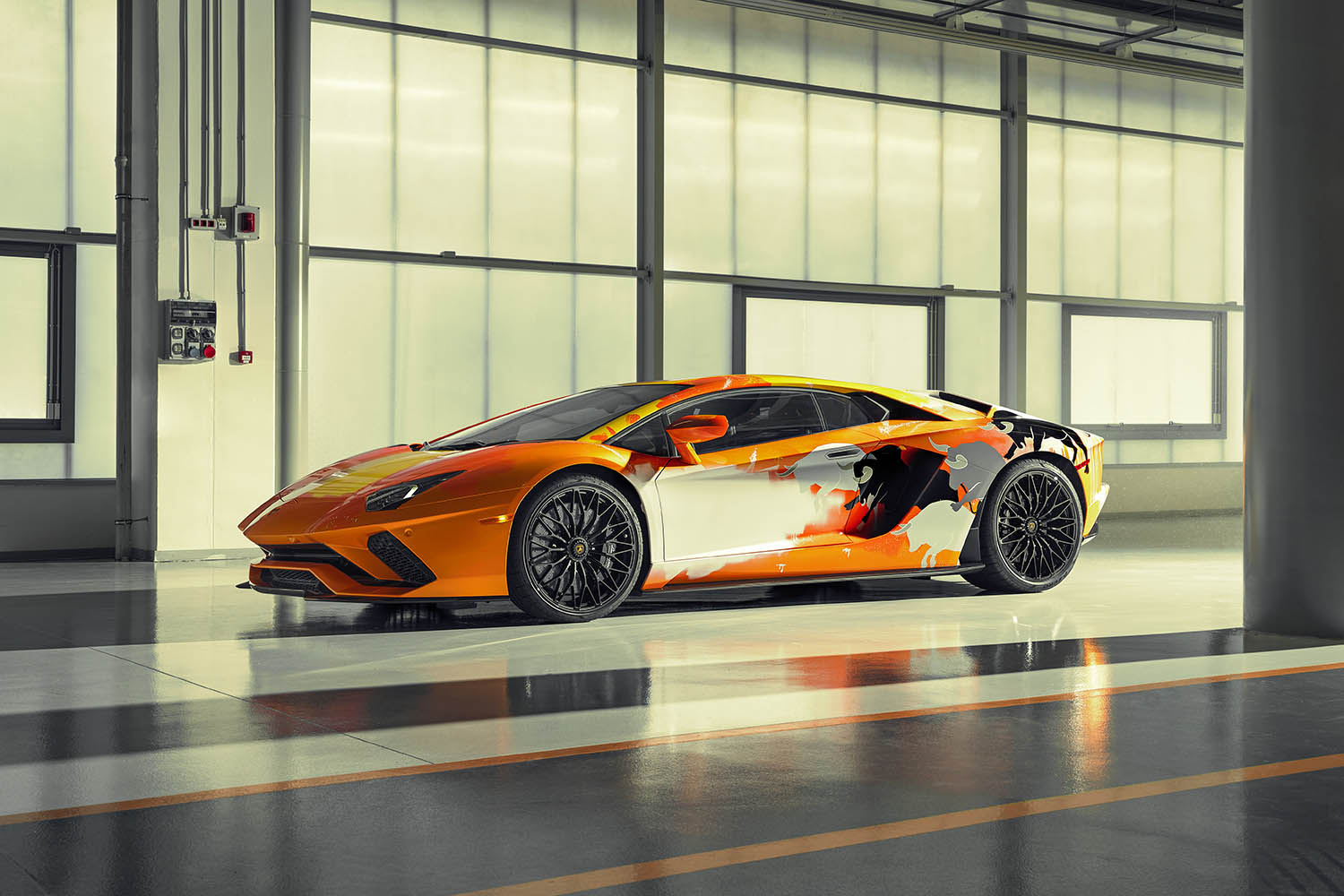 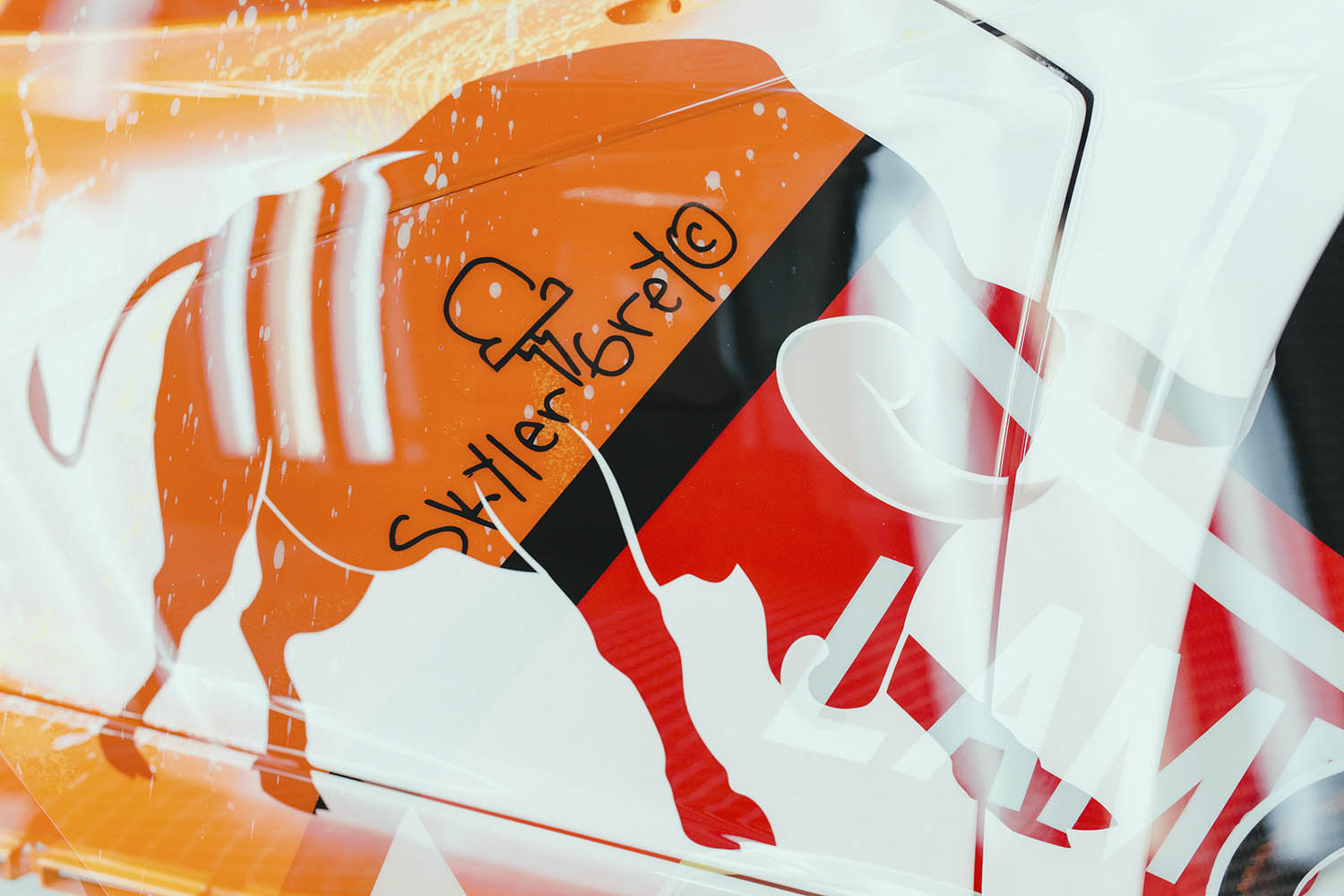 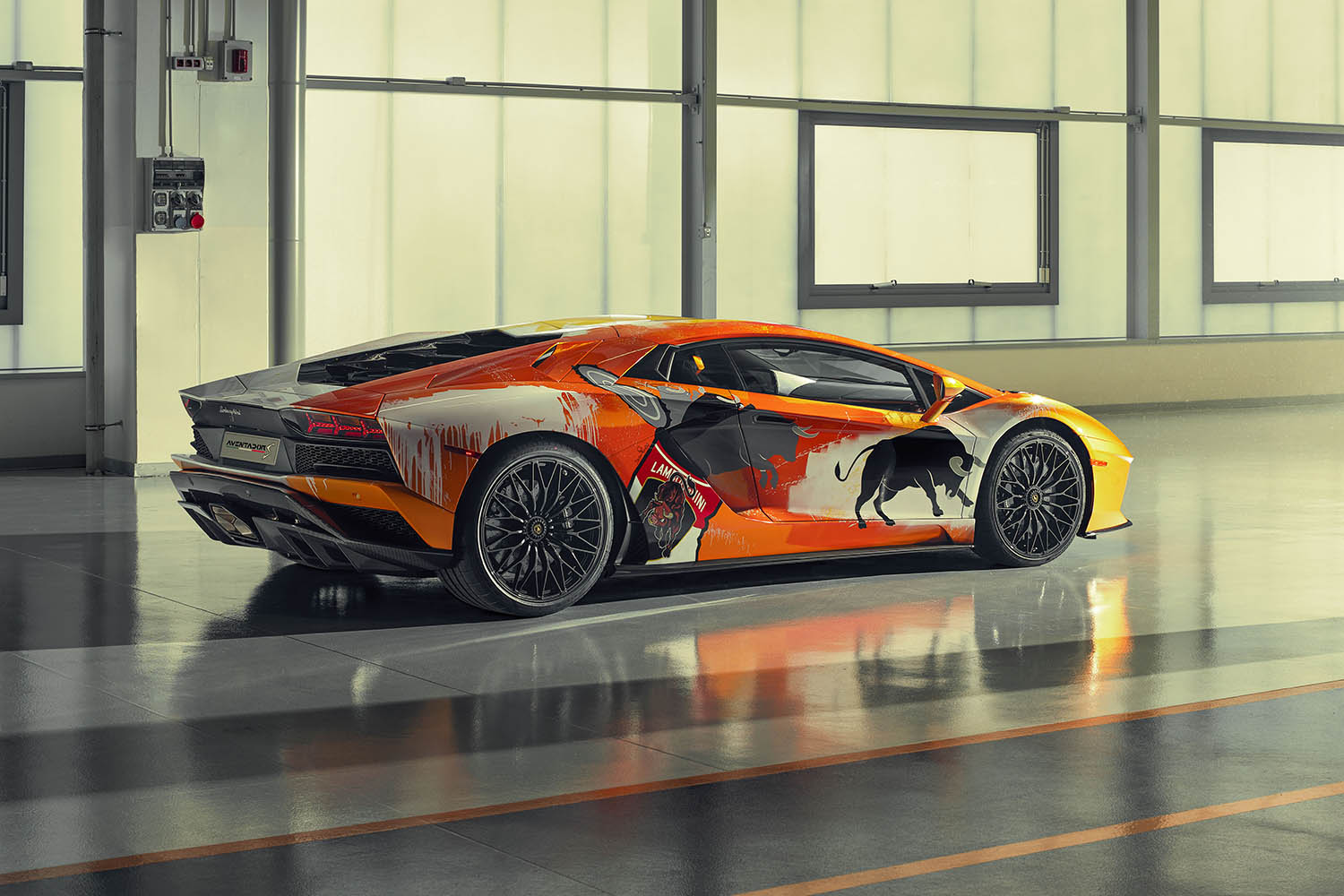 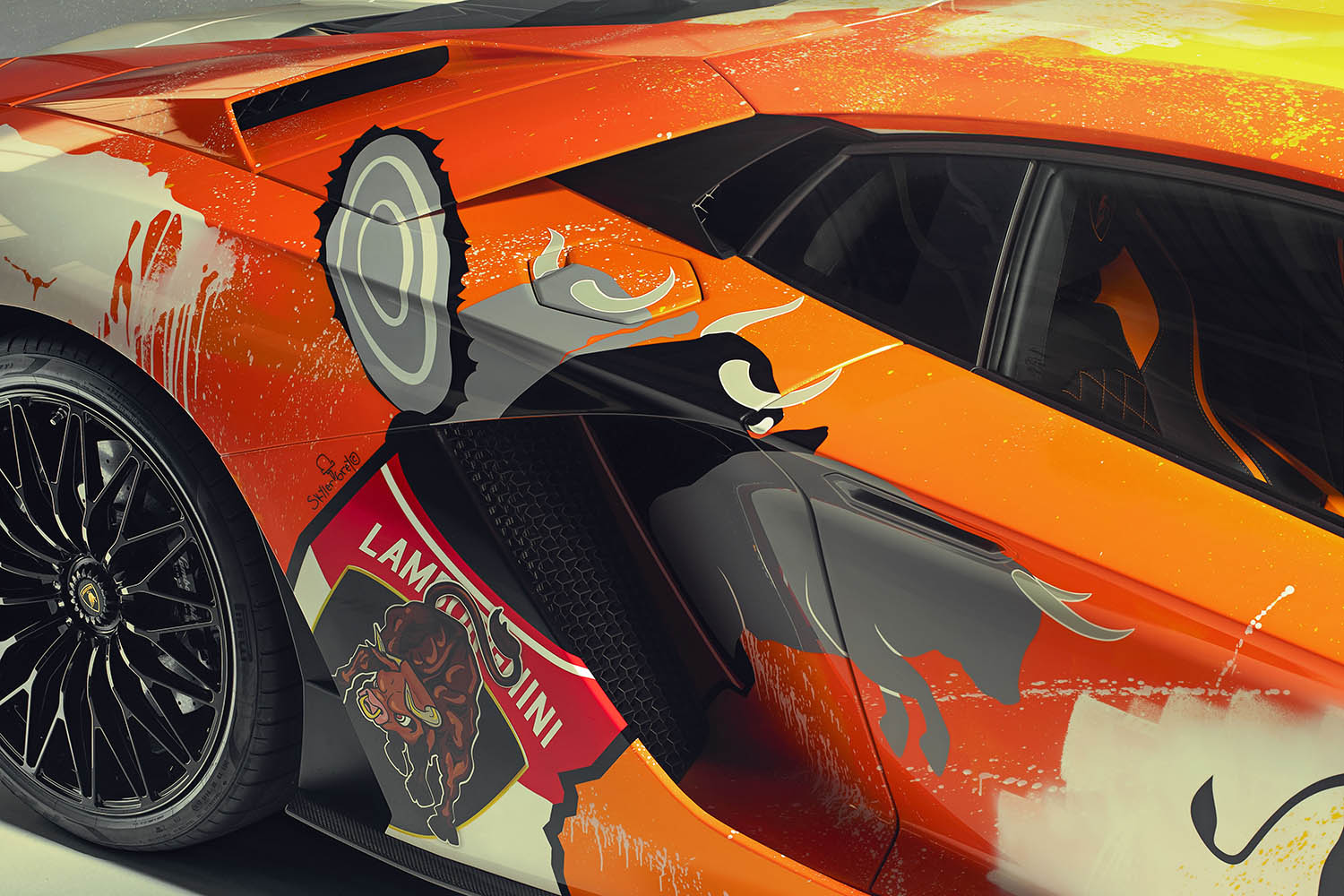 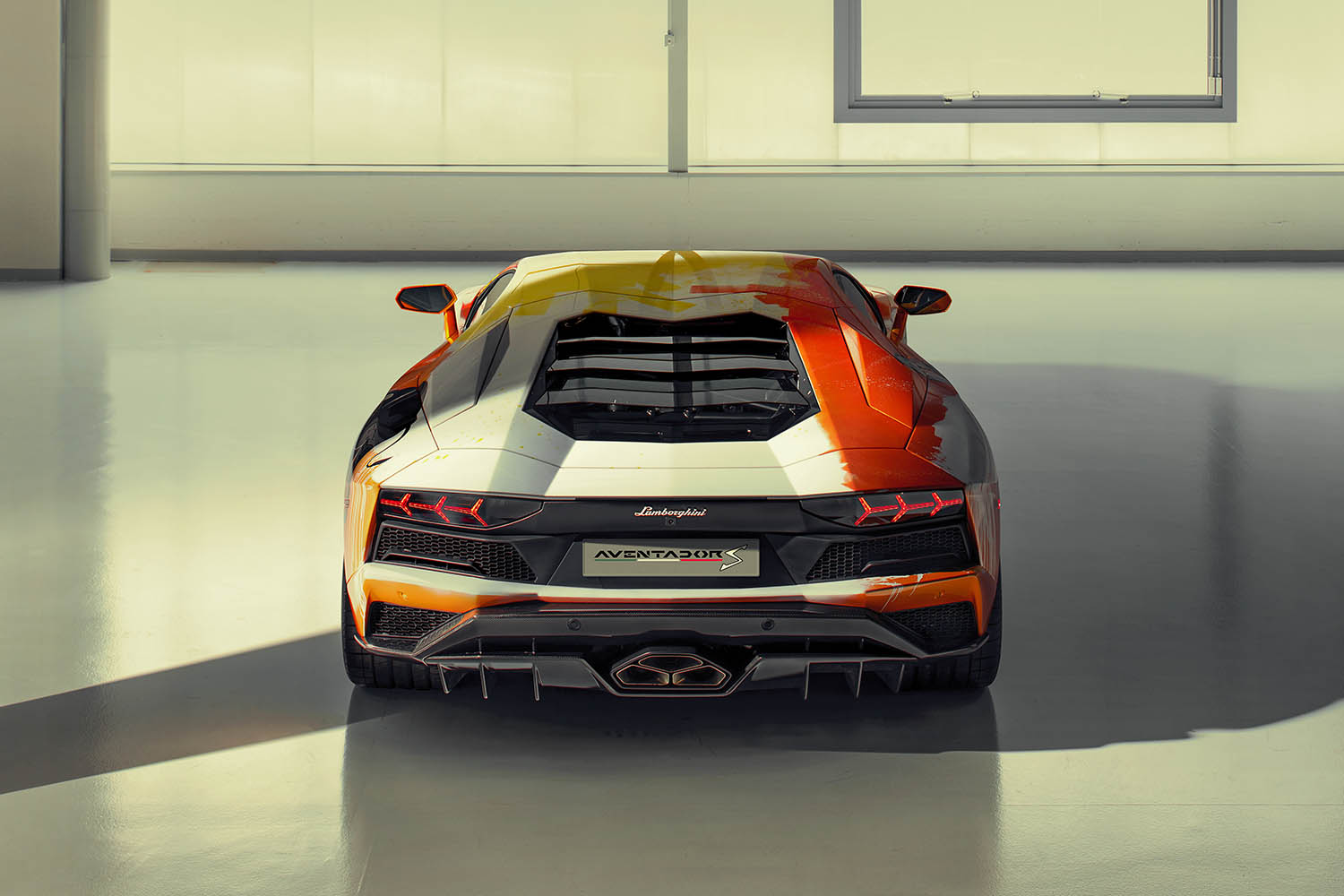 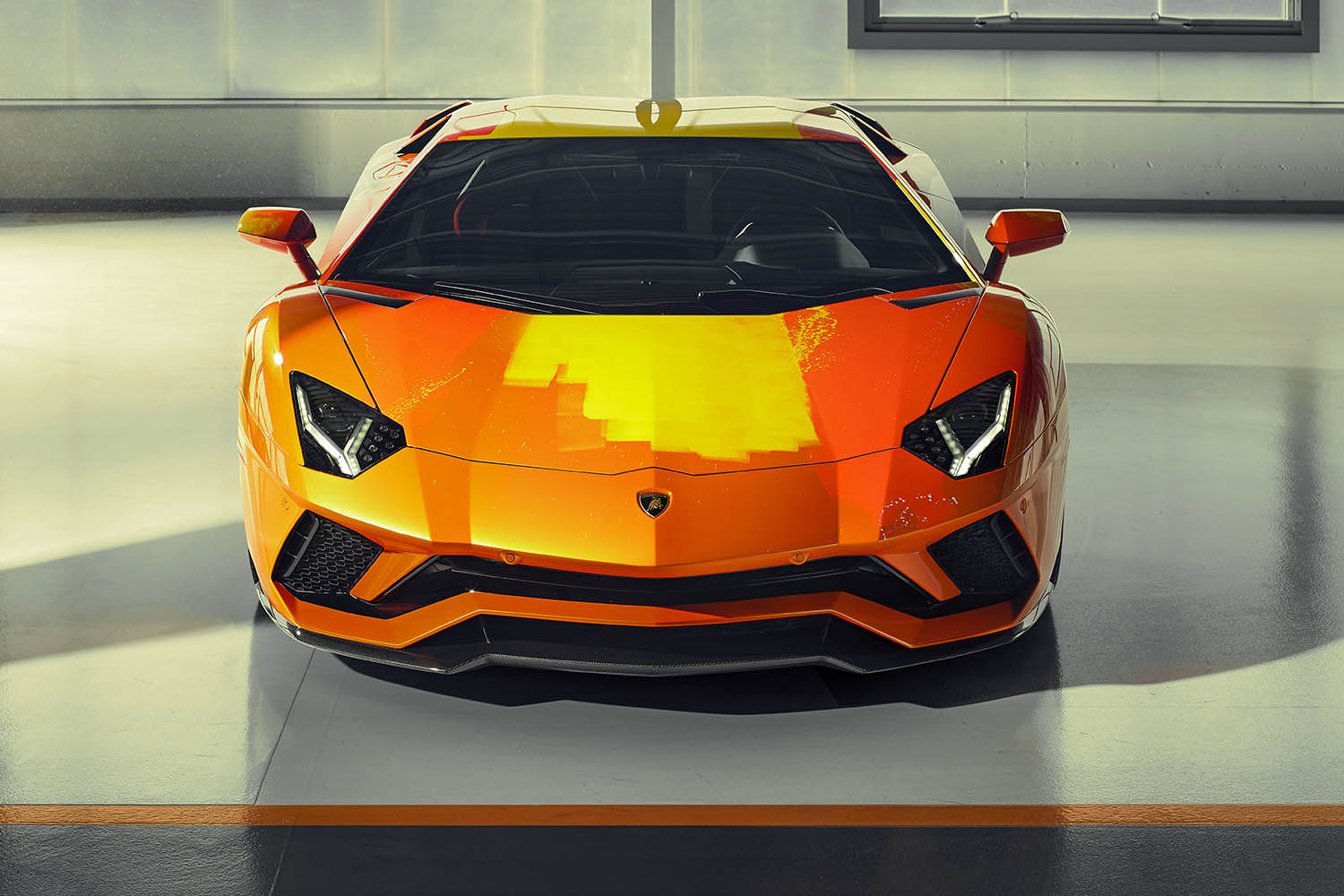 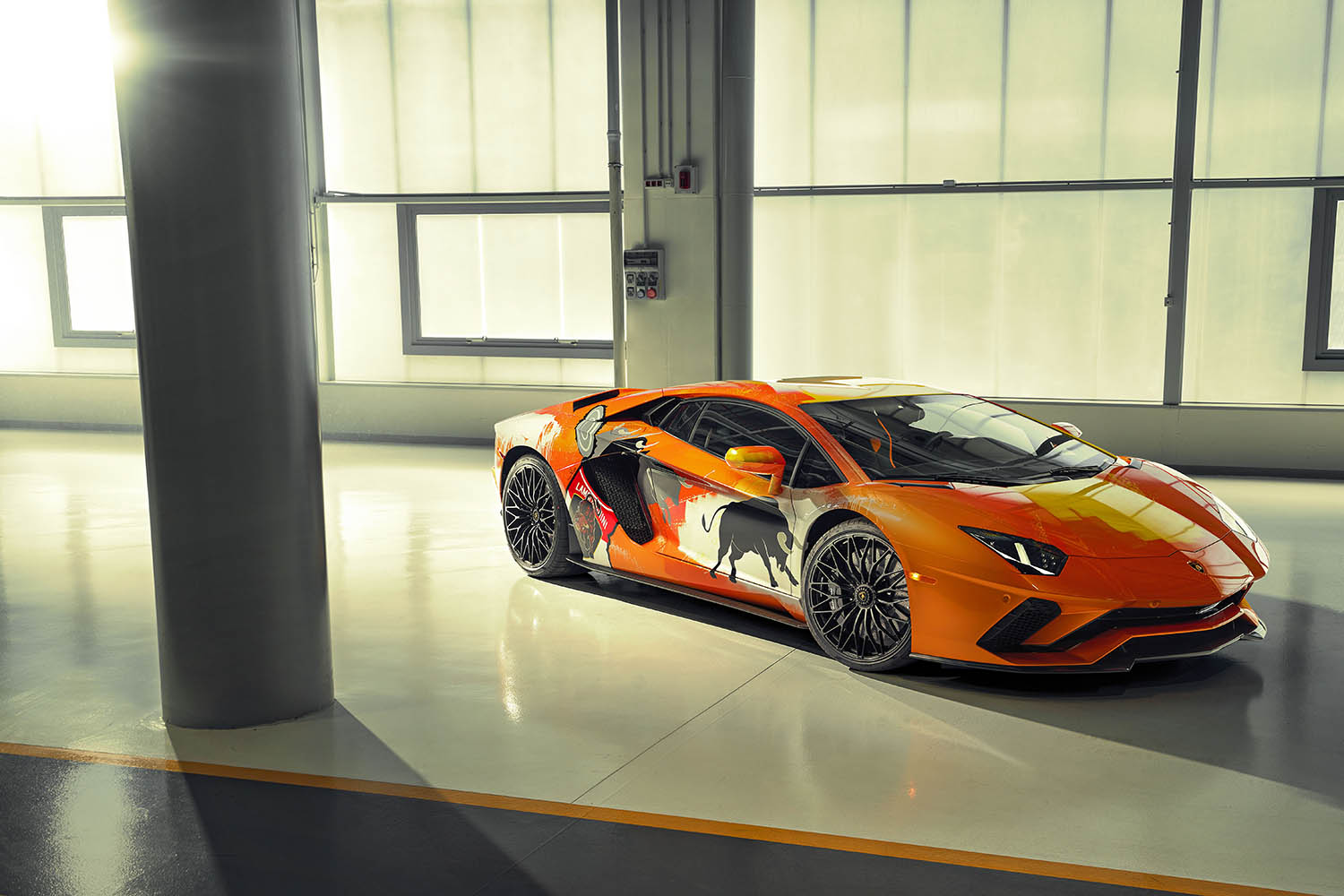 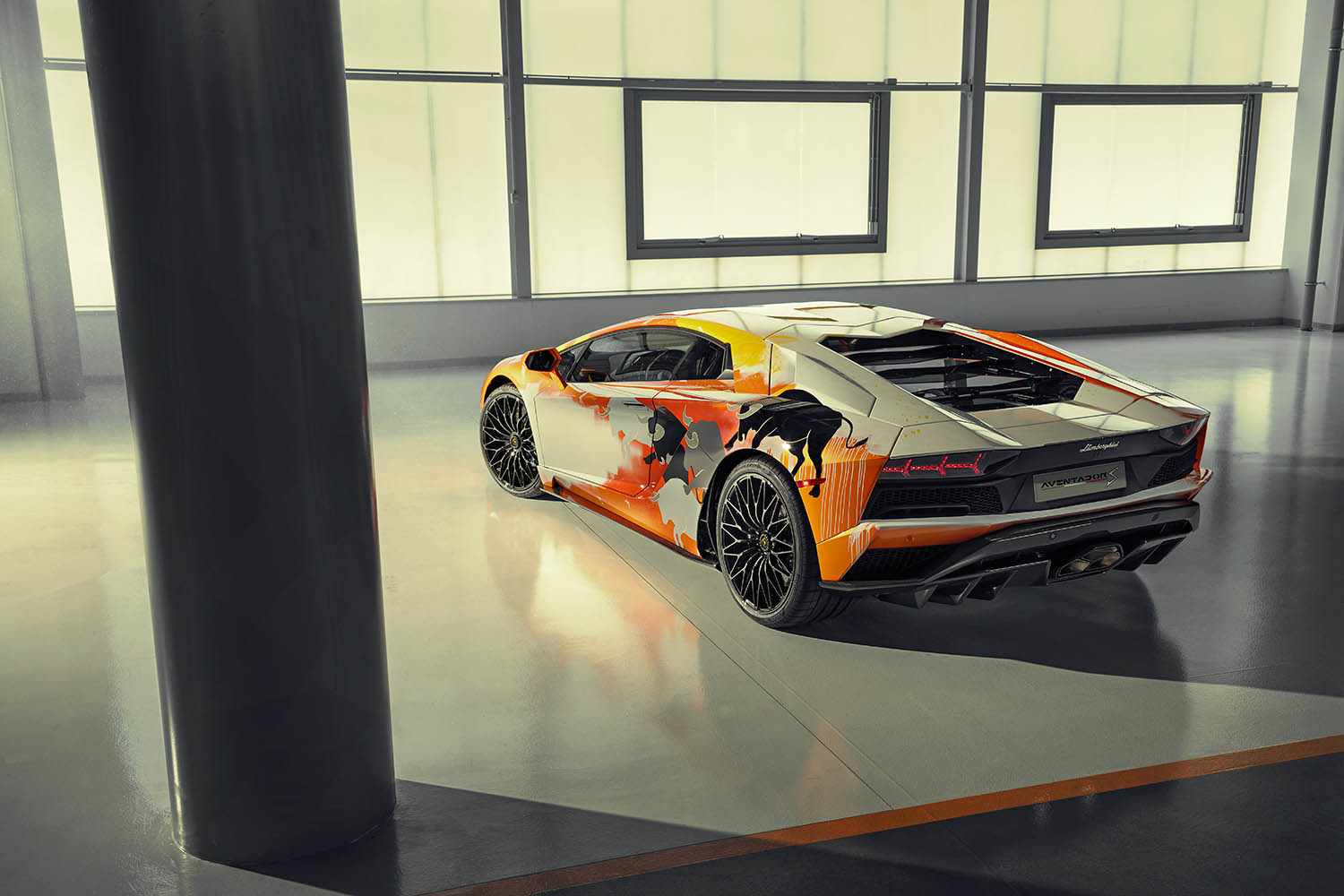 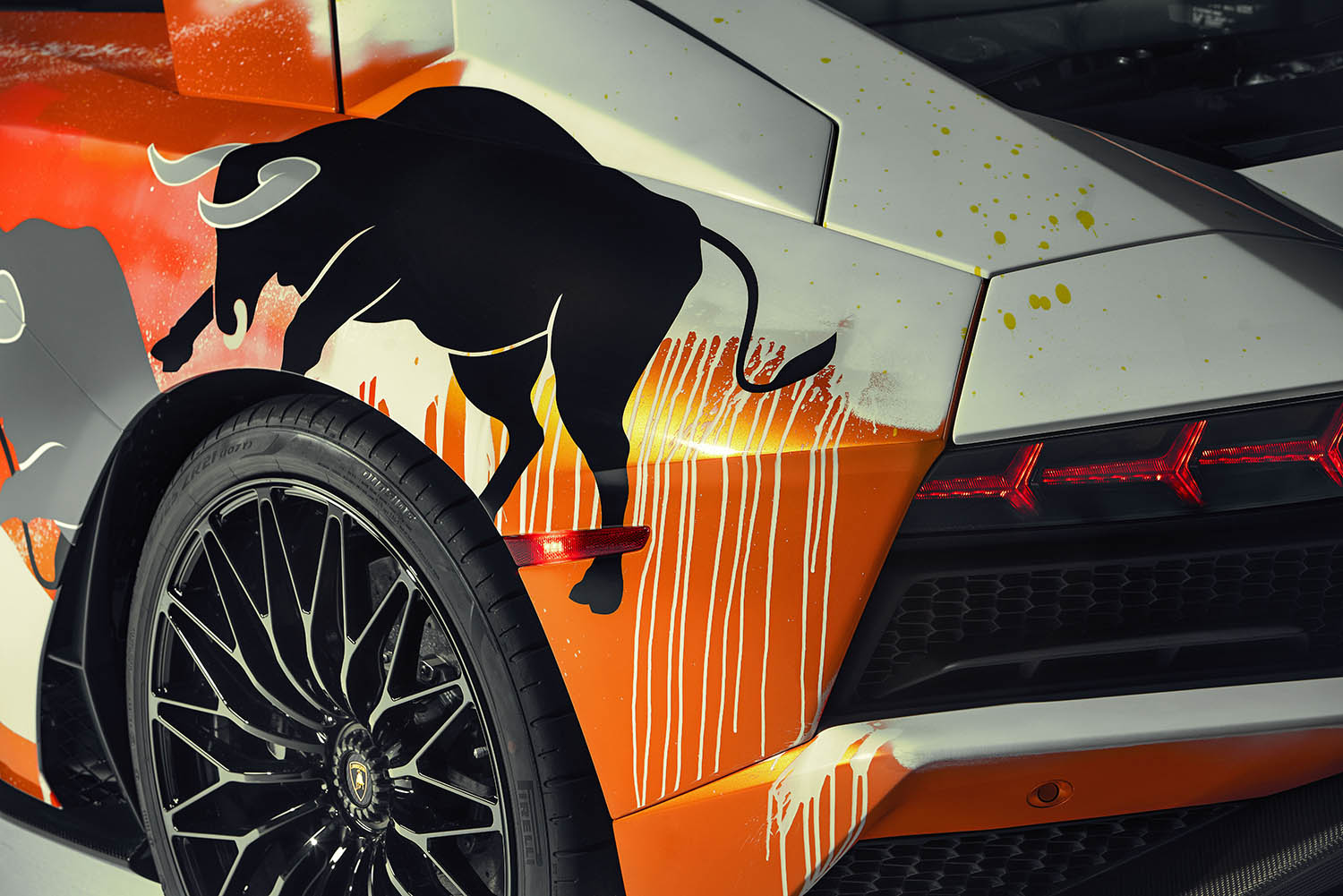 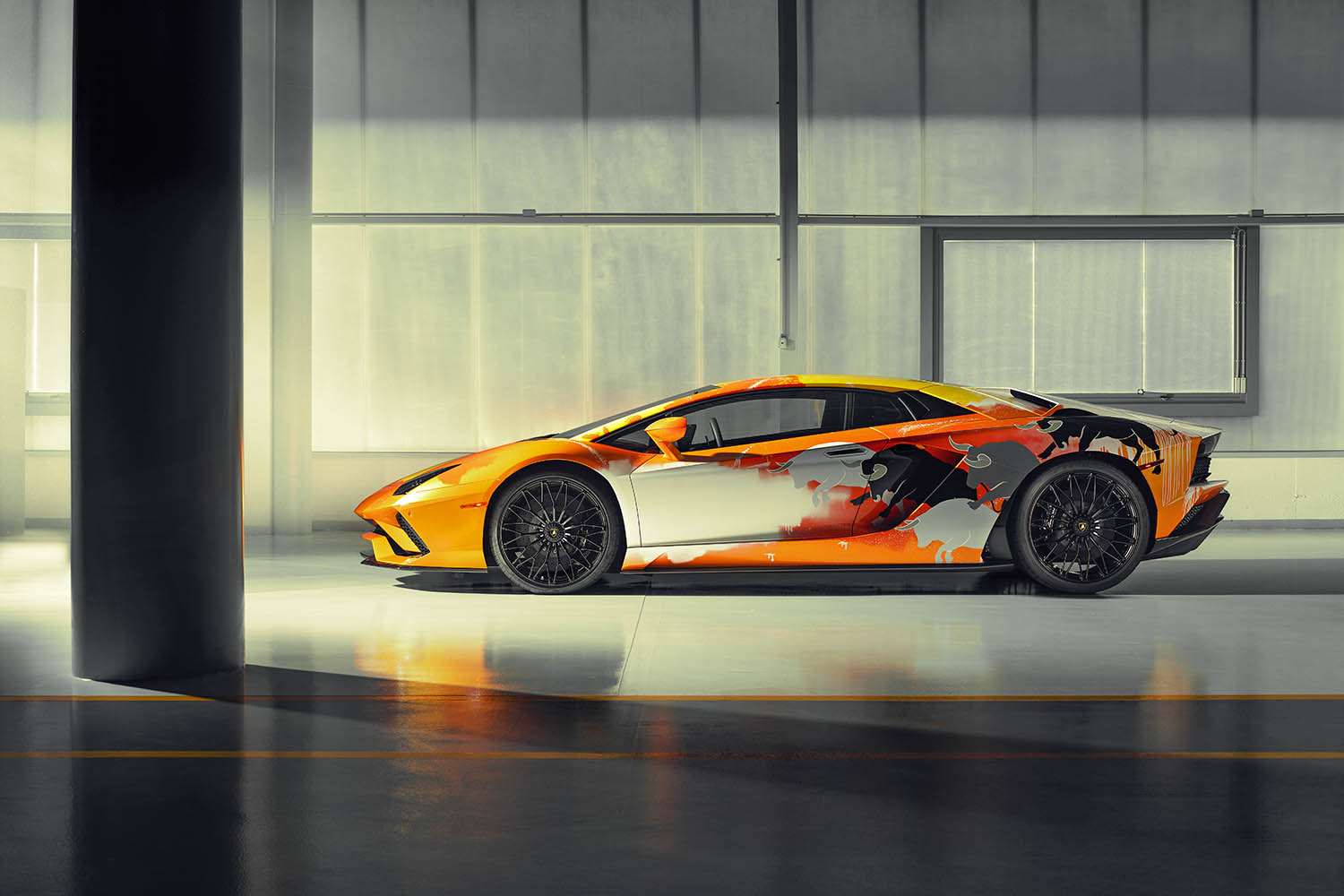 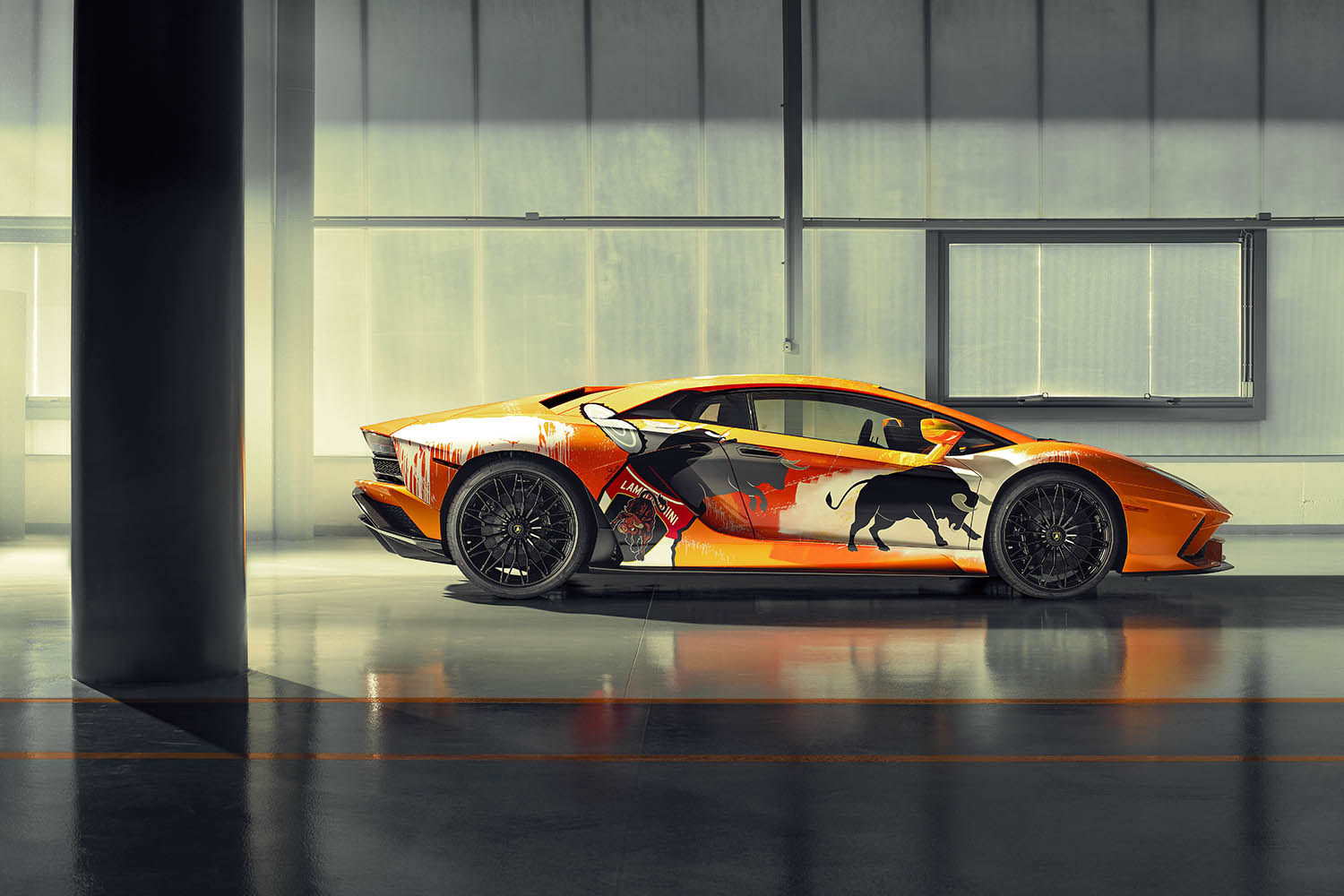 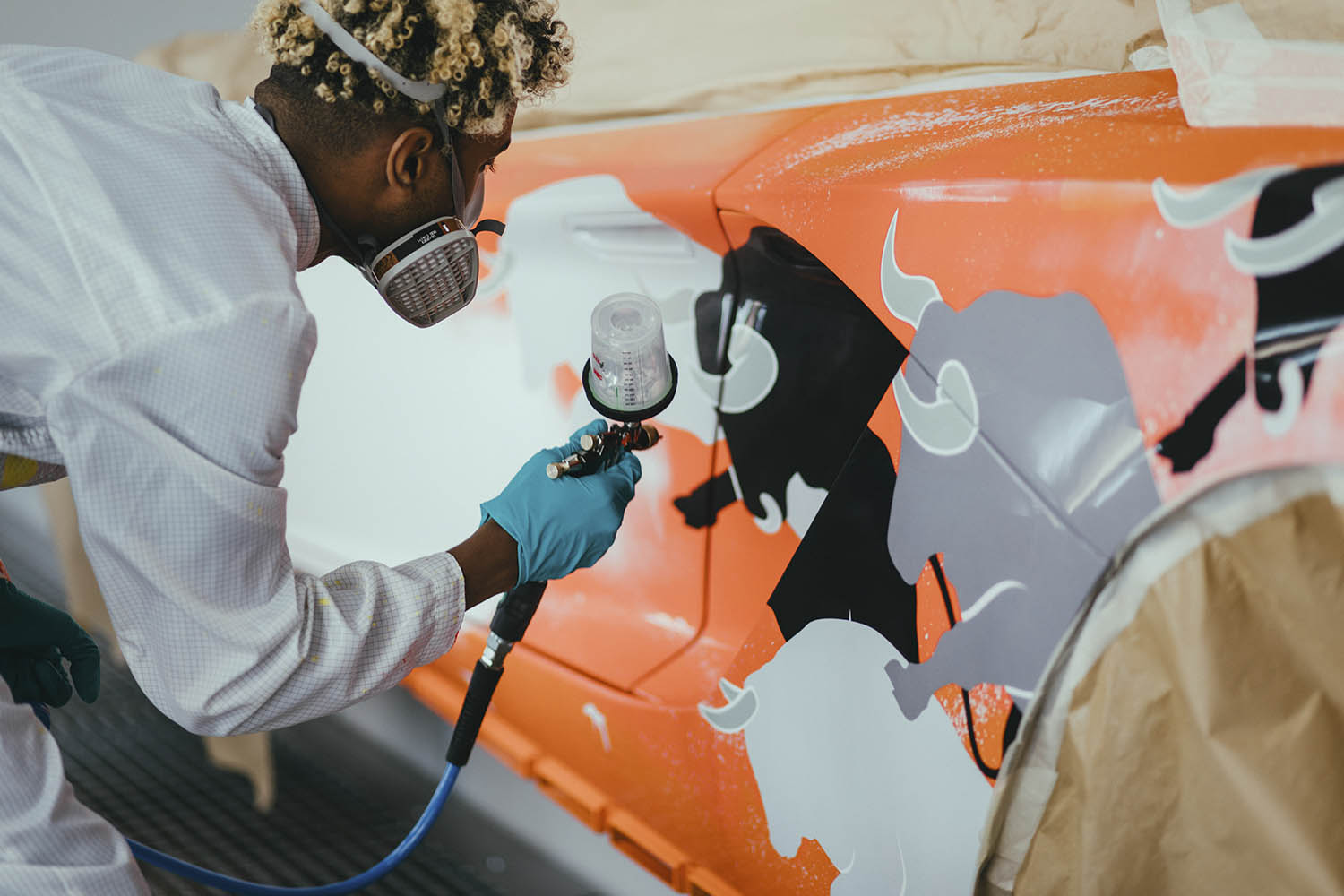 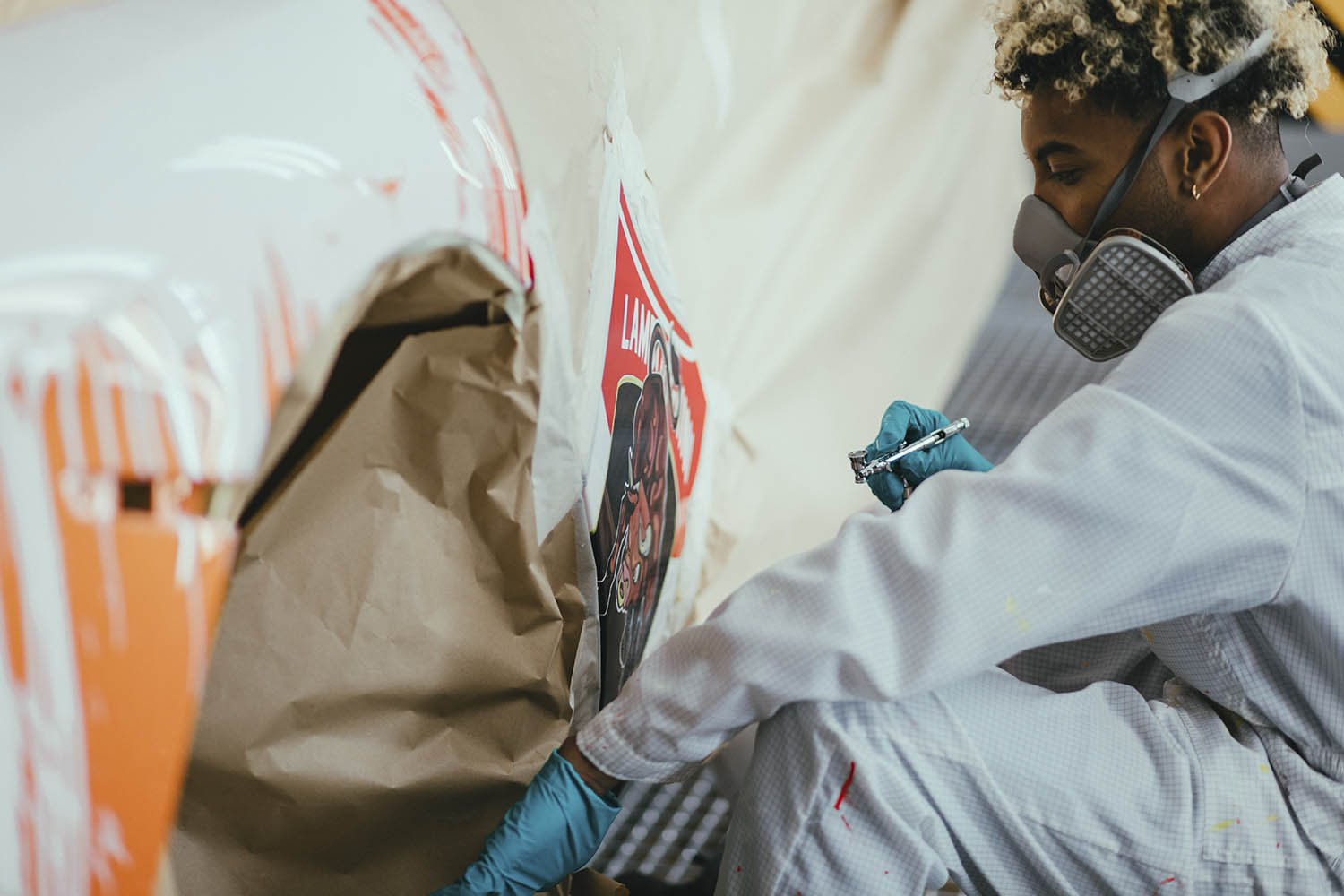 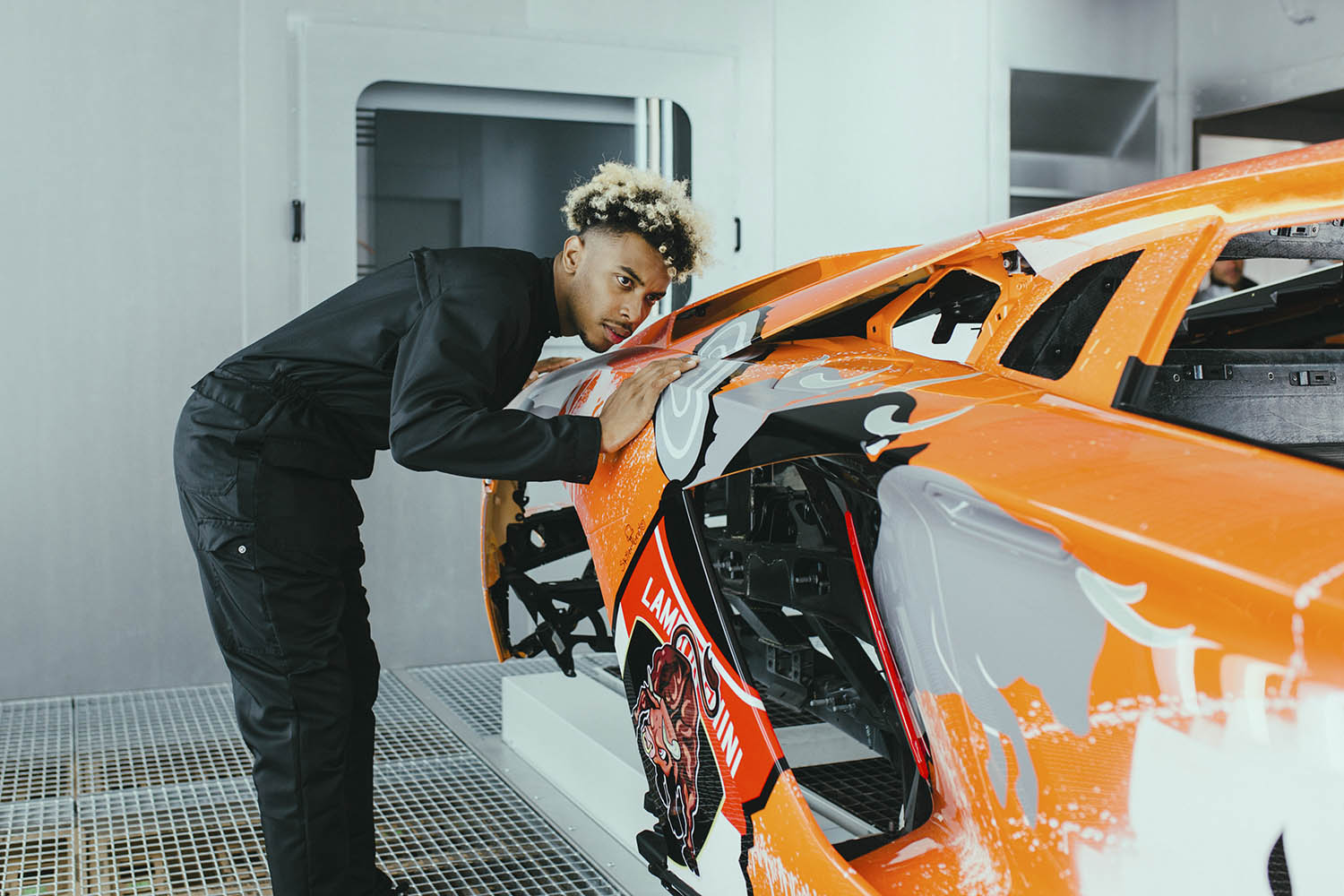 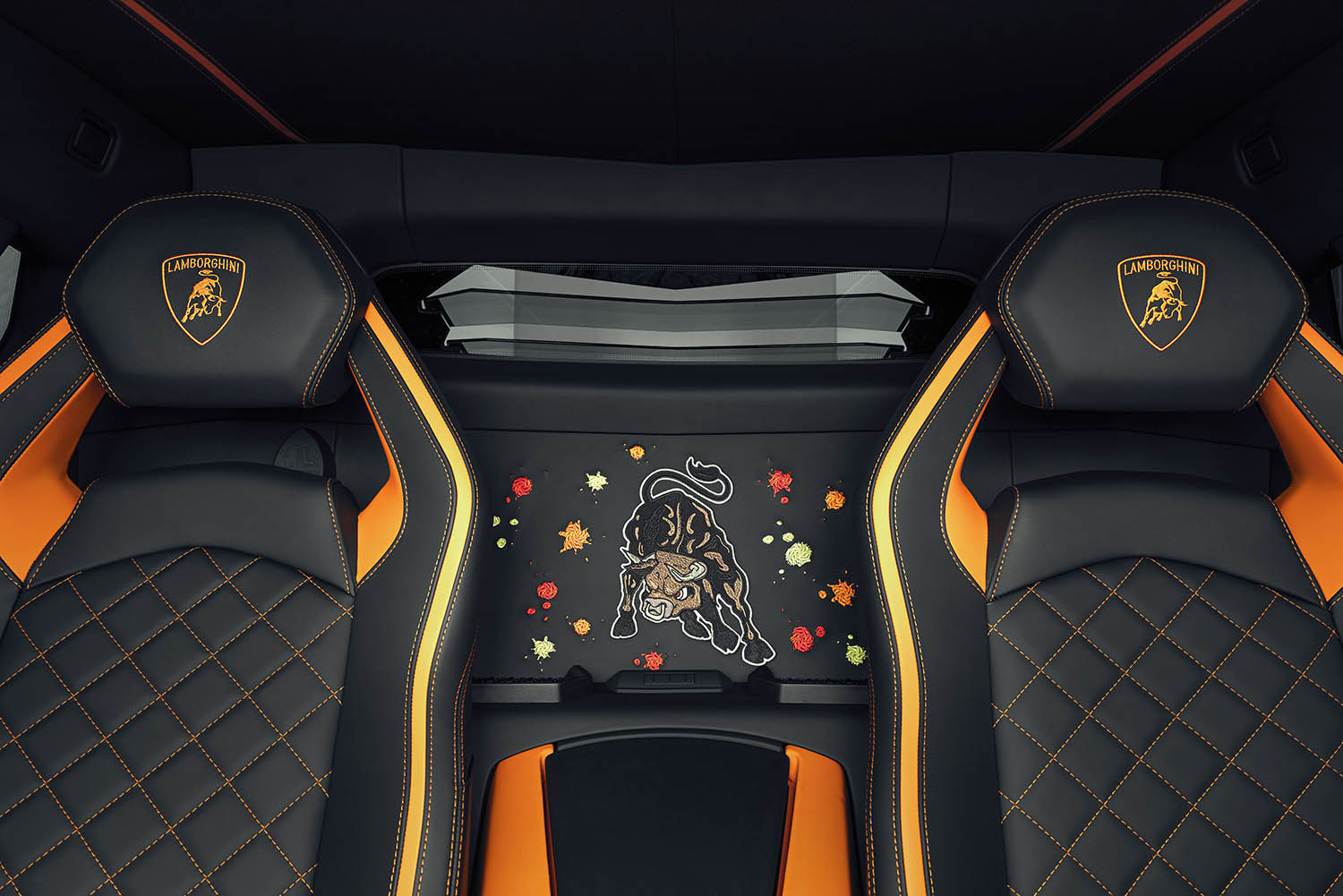 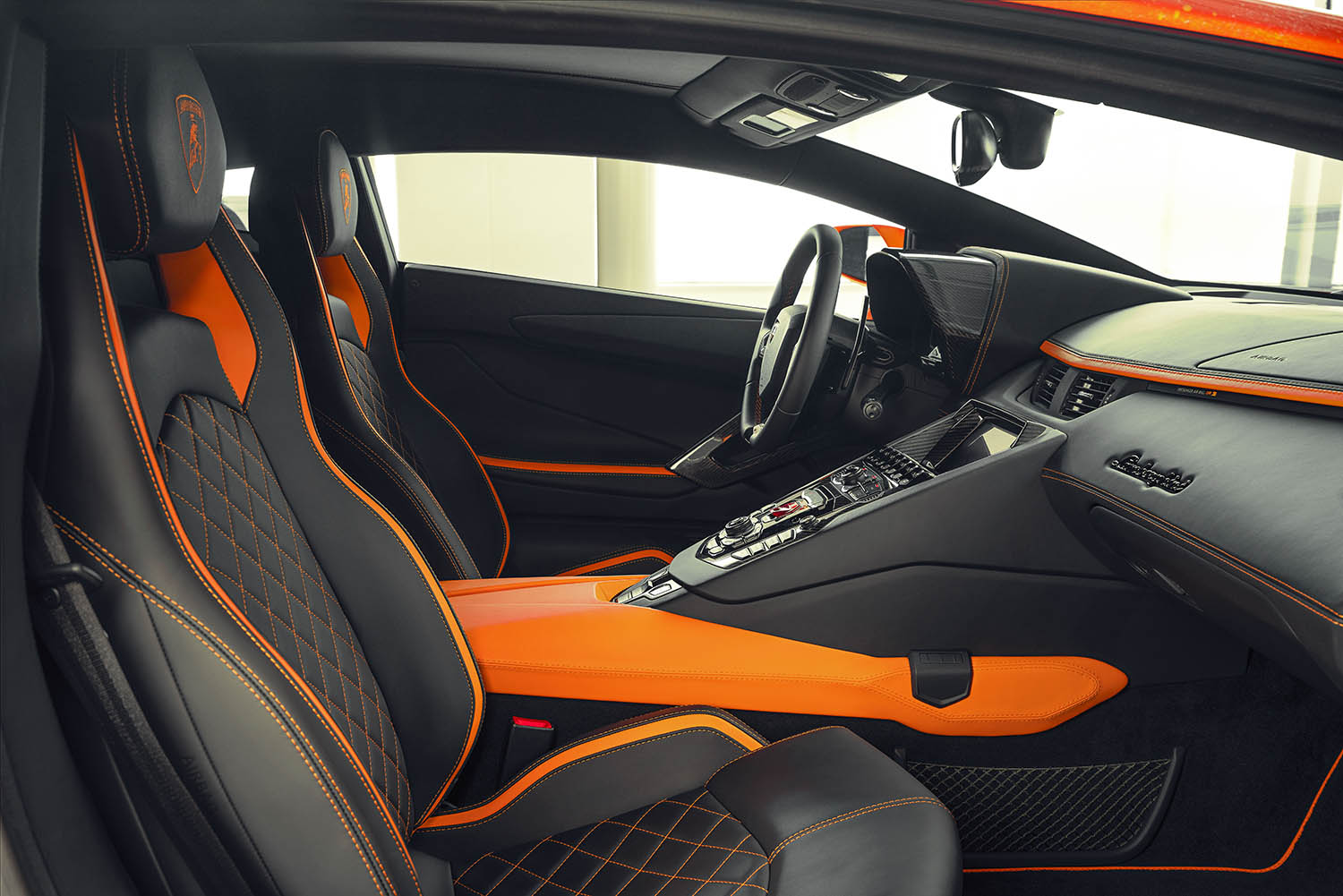