Daniel Arsham parks eroded Porsche 992 in 'The House' at Selfridges. 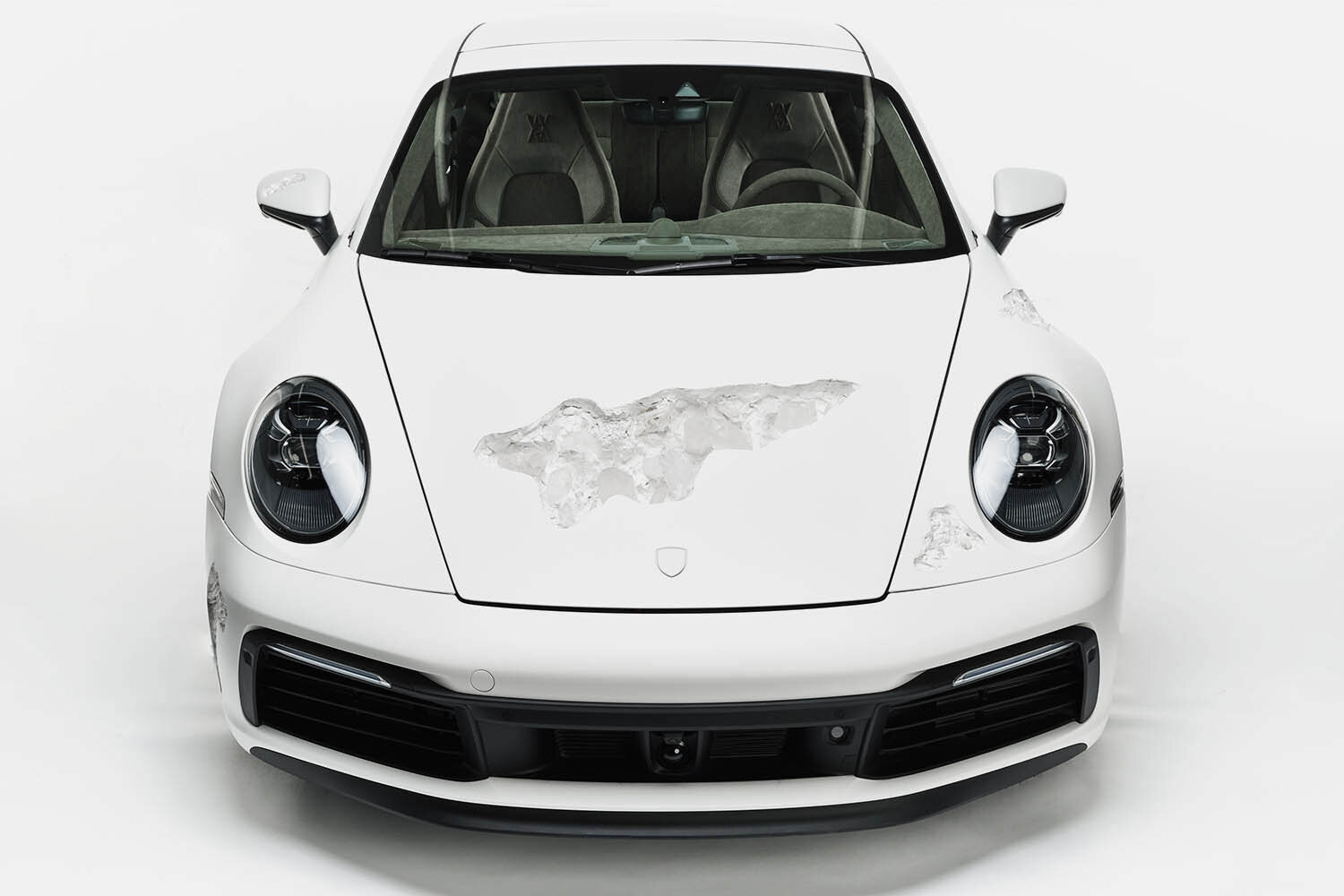 The House by Daniel Arsham has taken over the Corner Shop space for the festive season at Selfridges department store in London. And with a new, artistic interpretation of the Porsche 911 as a highlight of the unique window display, the sports coupé from Stuttgart is underlining its status as a cultural icon.

Inspired by Selfridges’ Future Fantasy Christmas Campaign – which celebrates a modern take on the holiday season – the Corner Shop presentation has been created by artist Daniel Arsham, whose concept re-imagines the family home and a selection of goods to represent the distant future of 3019.

Daniel Arsham is an artist and architect based in New York, who has worked with Pharrell Williams, Adidas and Dior. His work revolves around the concept of archaeology and time erosion – taking familiar, everyday objects and transforming them to create other worldly artefacts that could have been discovered on a geological dig decades from now.

The appearance of the 911 is distinguished by Daniel’s distinctive motif of crystal erosion, and the effect of the unique matte finish white paintwork with clear geometric quartz features punctuating the body panels combine to underline the inner strength of a car that has stood the test of time.

The attention to detail devoted to this special car also includes a custom interior, which has been trimmed in a bespoke, handcrafted cloth material that has been further personalised by the artist. And the fact the car remains fully c connects the futuristic art form with the real world in an imaginative style.

The House by Daniel Arsham will be open every day until 5 January 2020, at Selfridges, Oxford Street, London, WC1A 1AB. 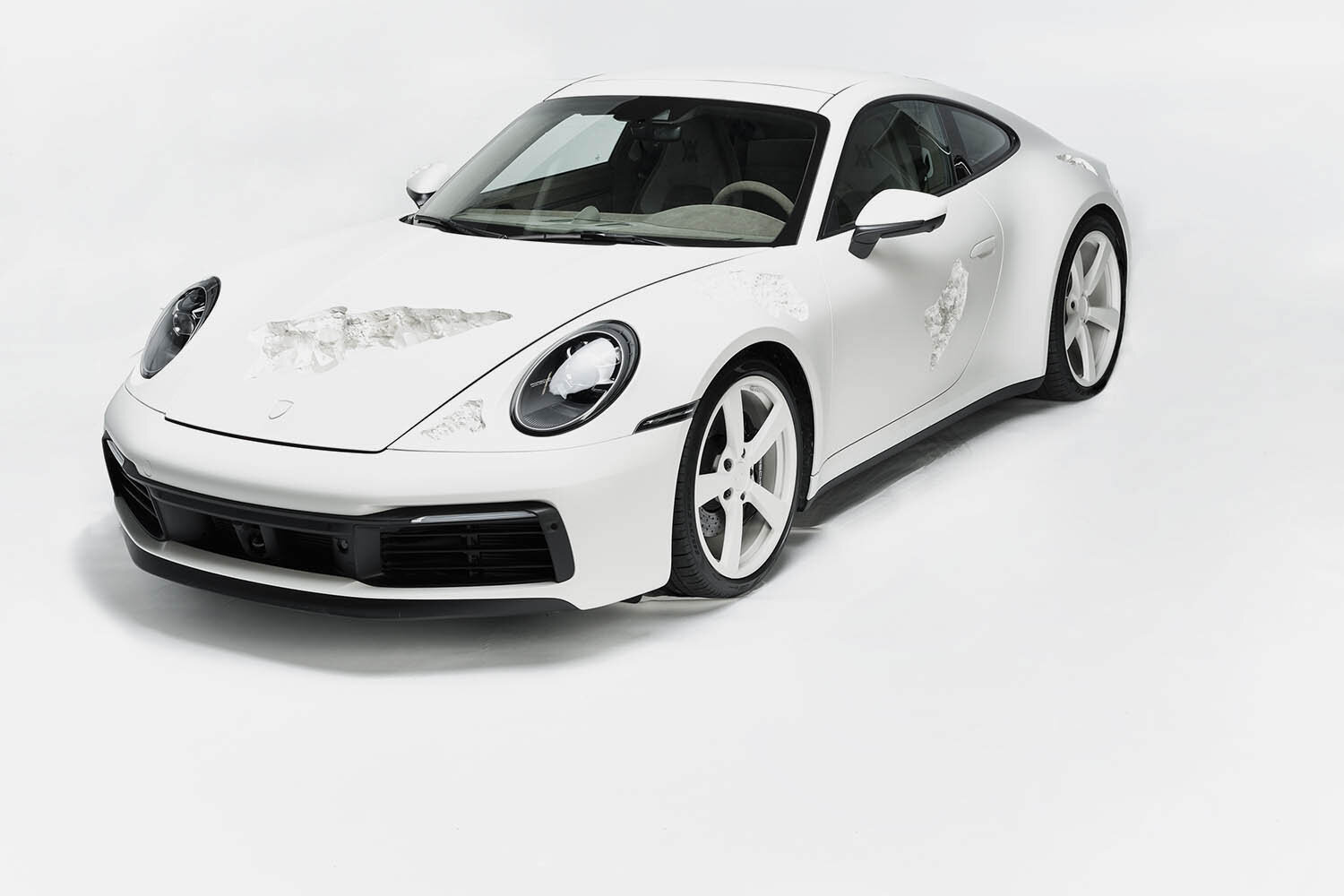 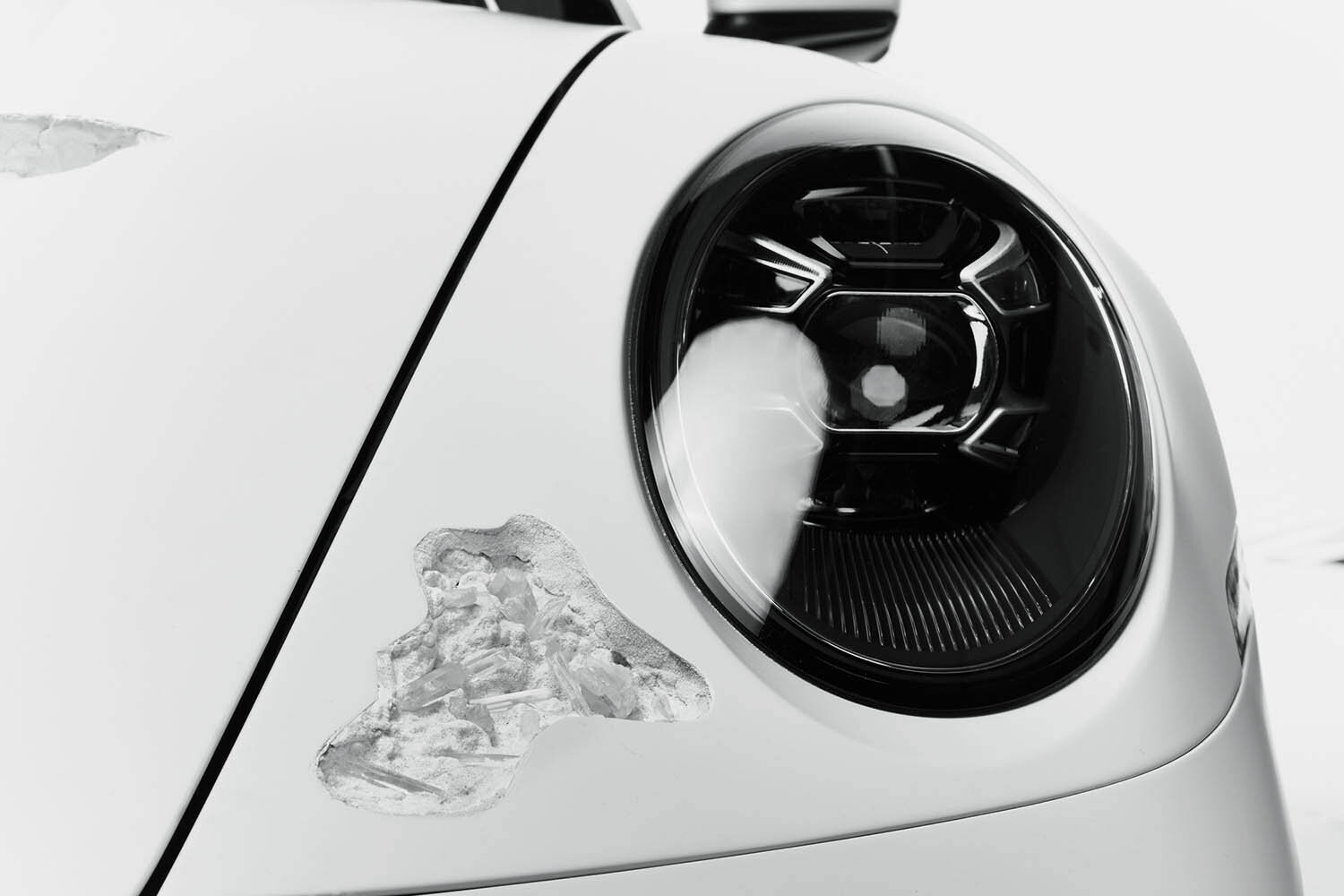 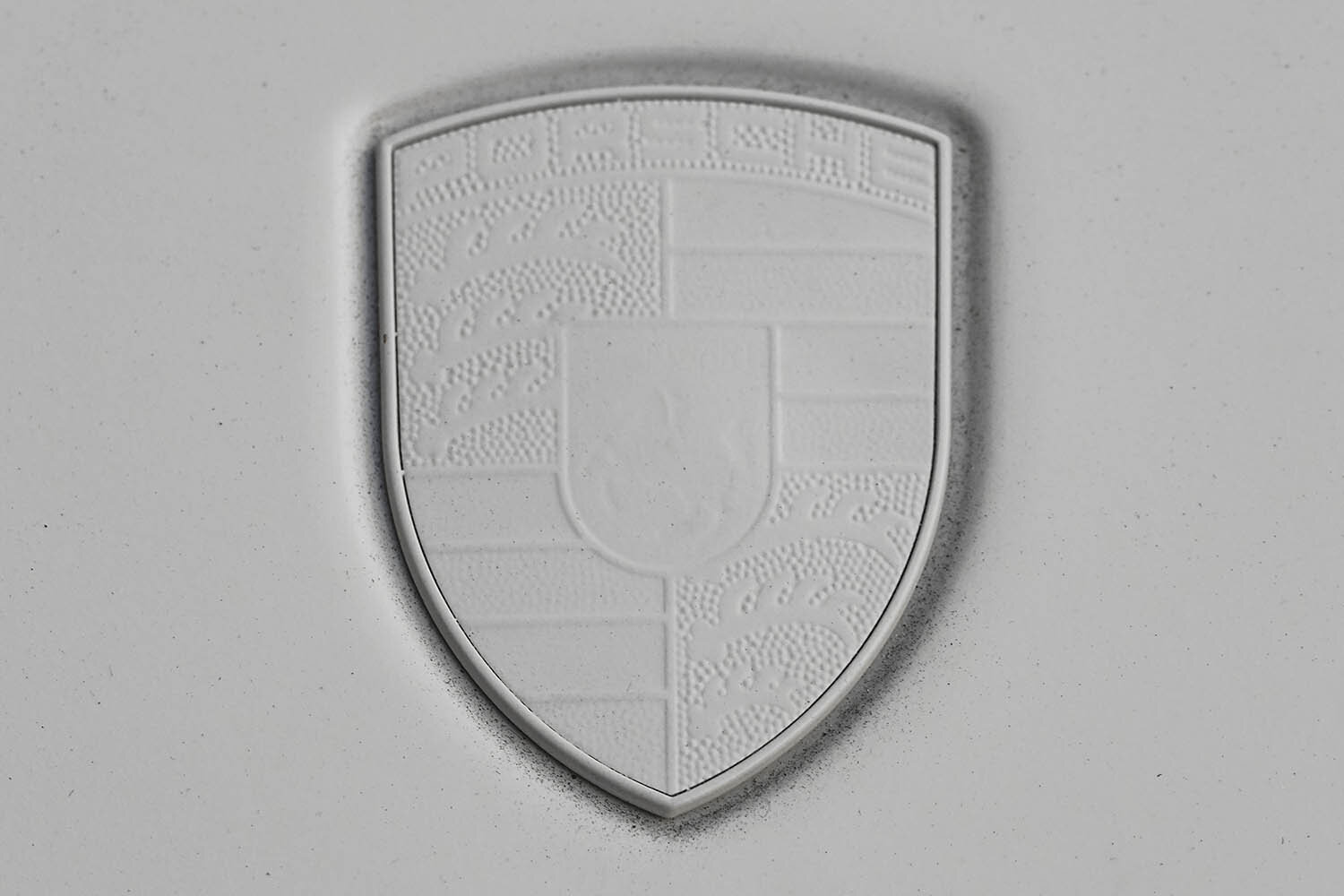 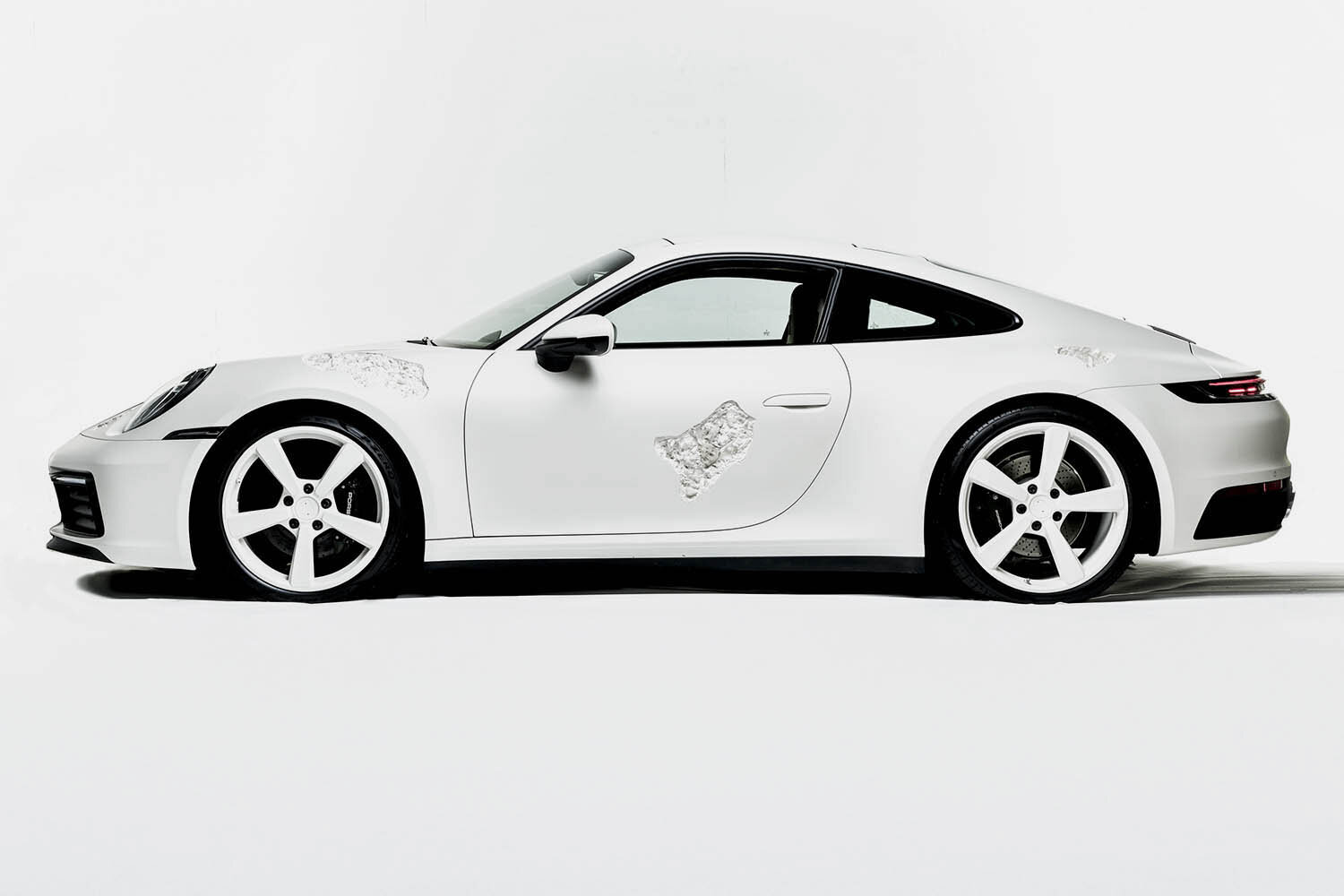 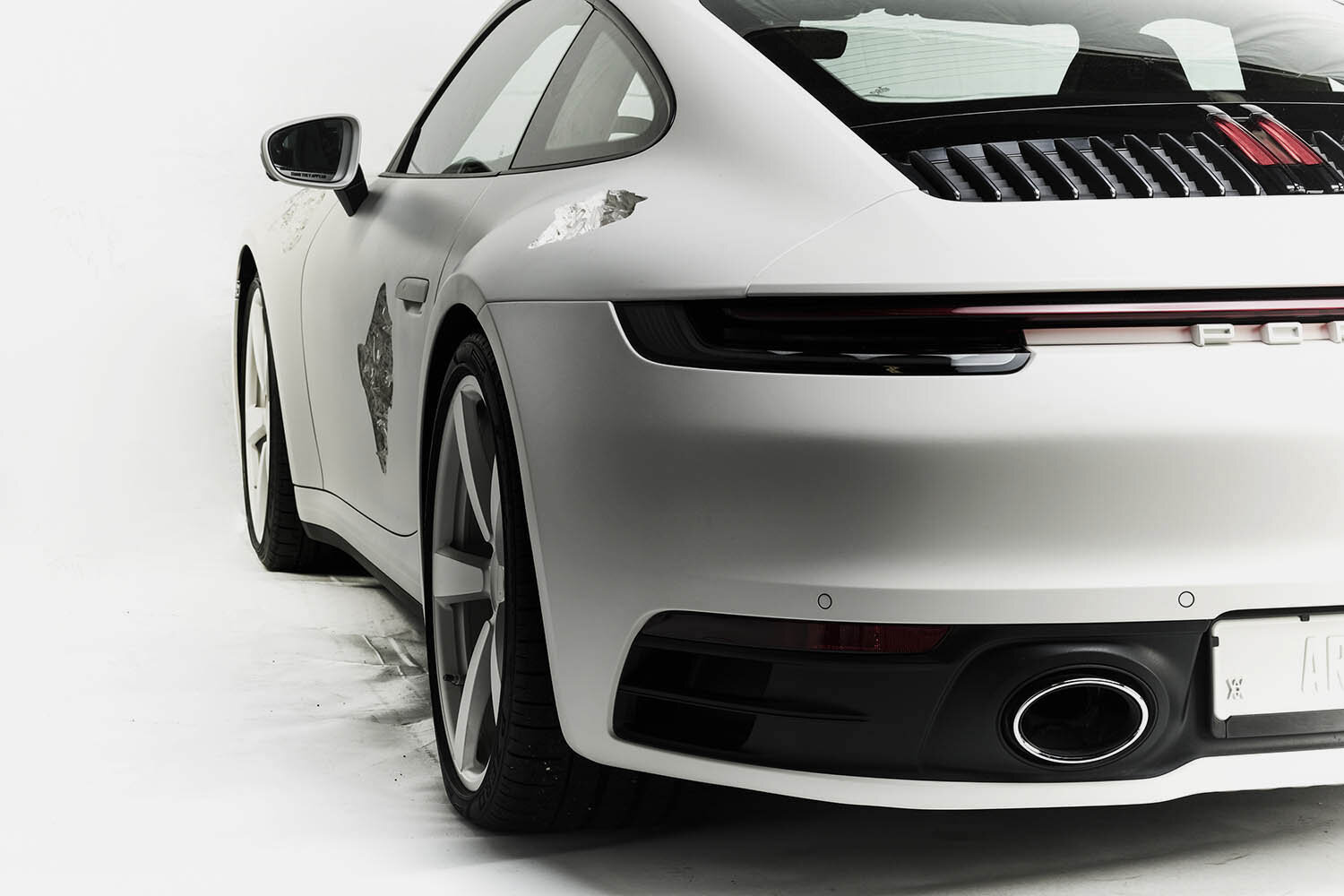 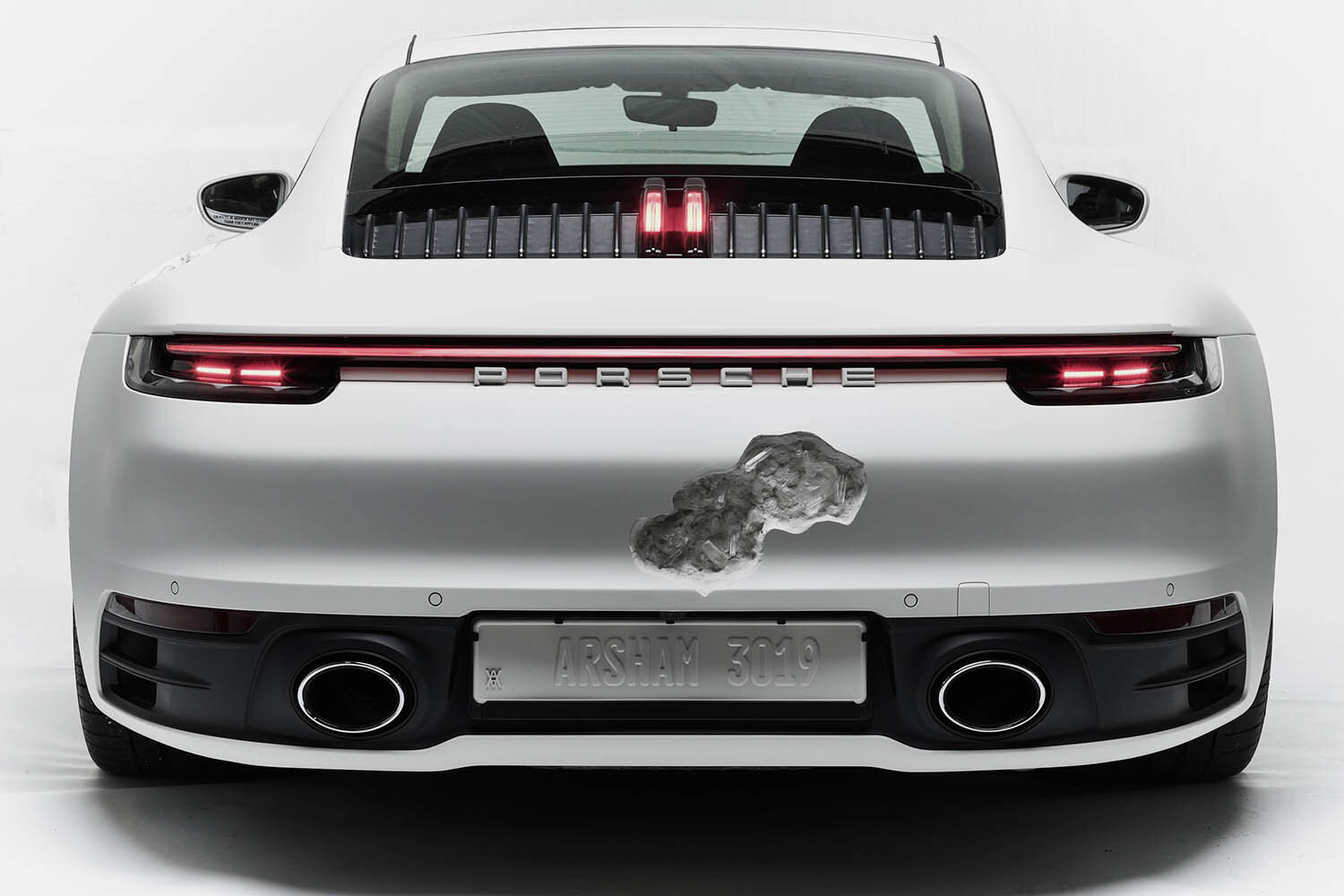 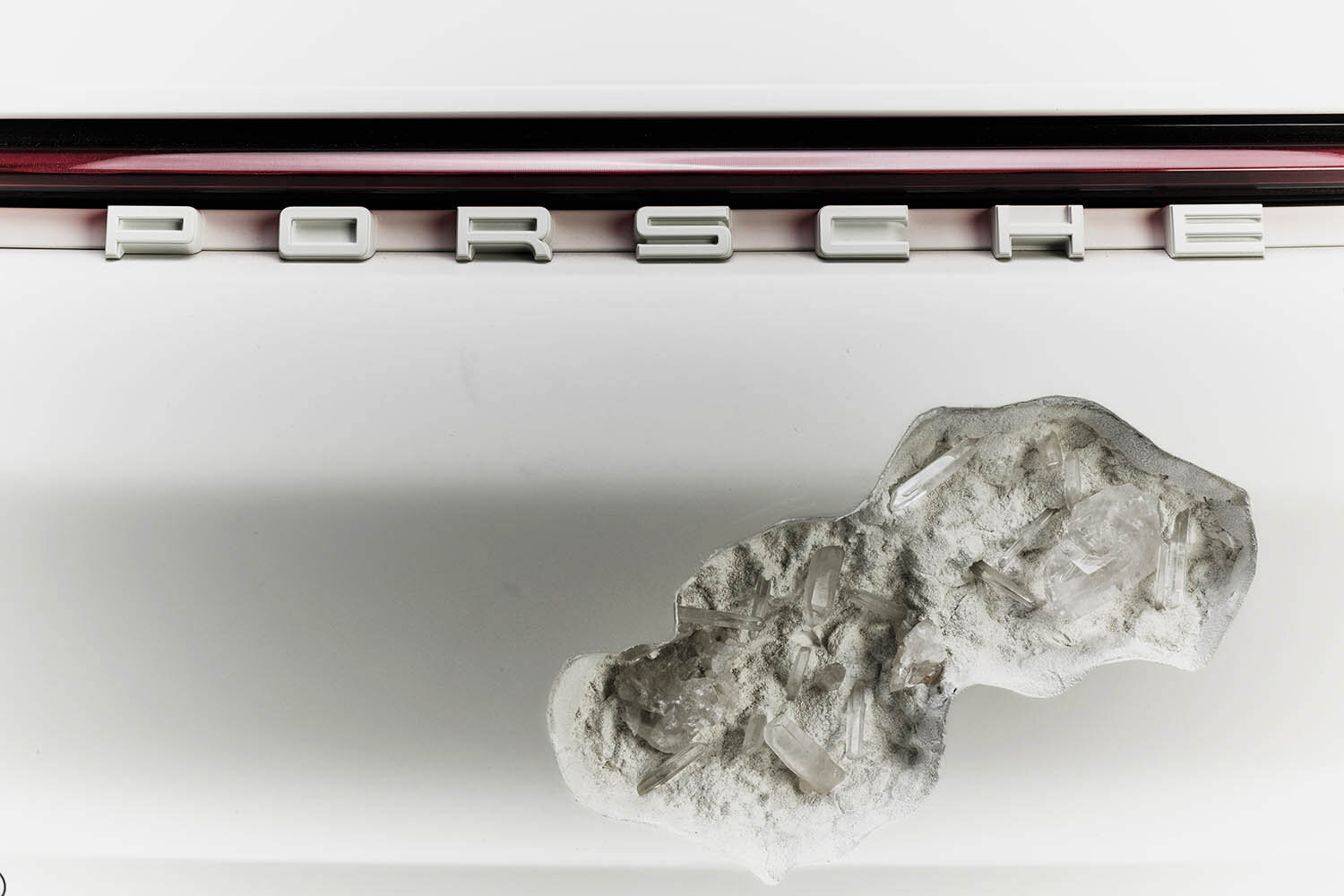 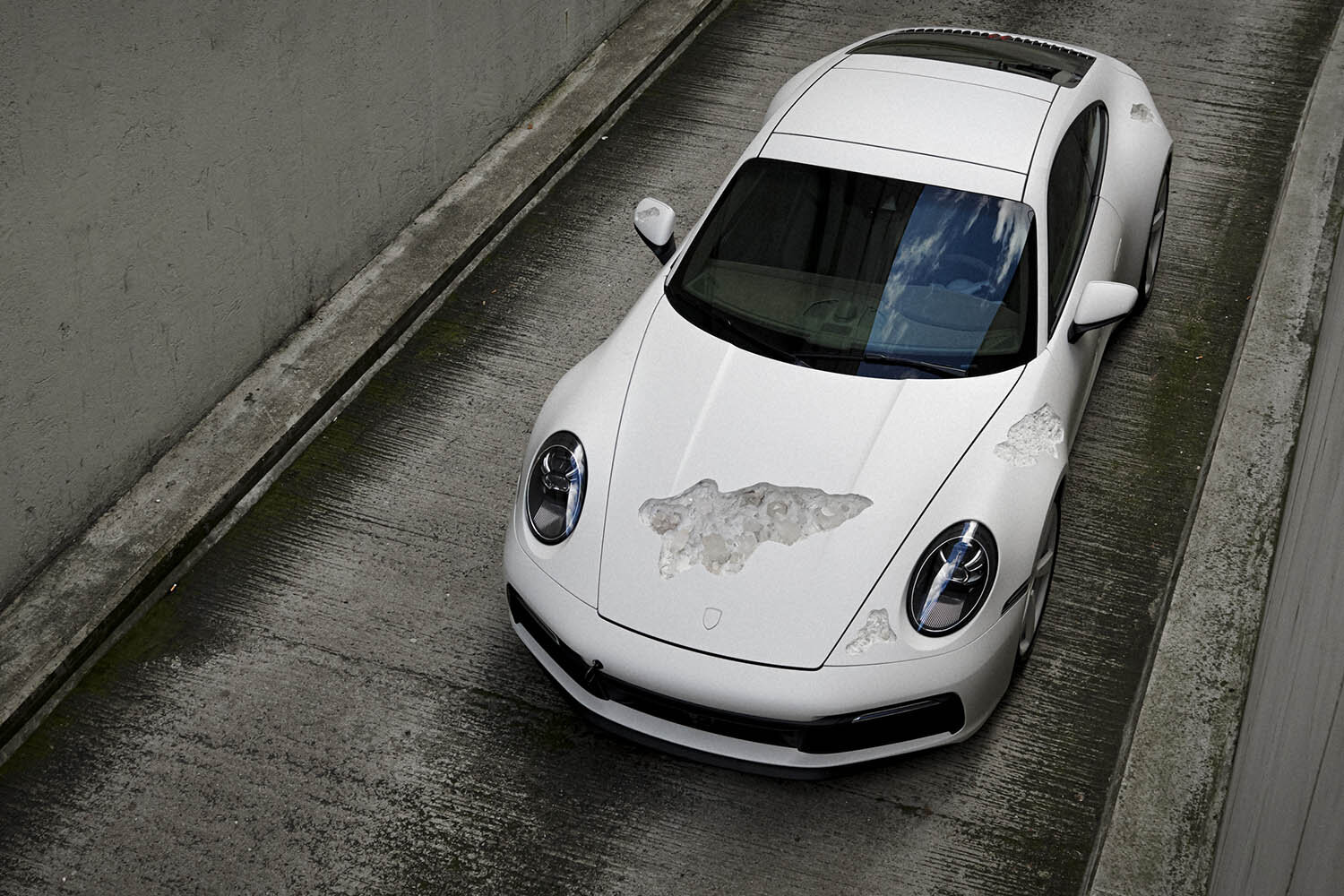 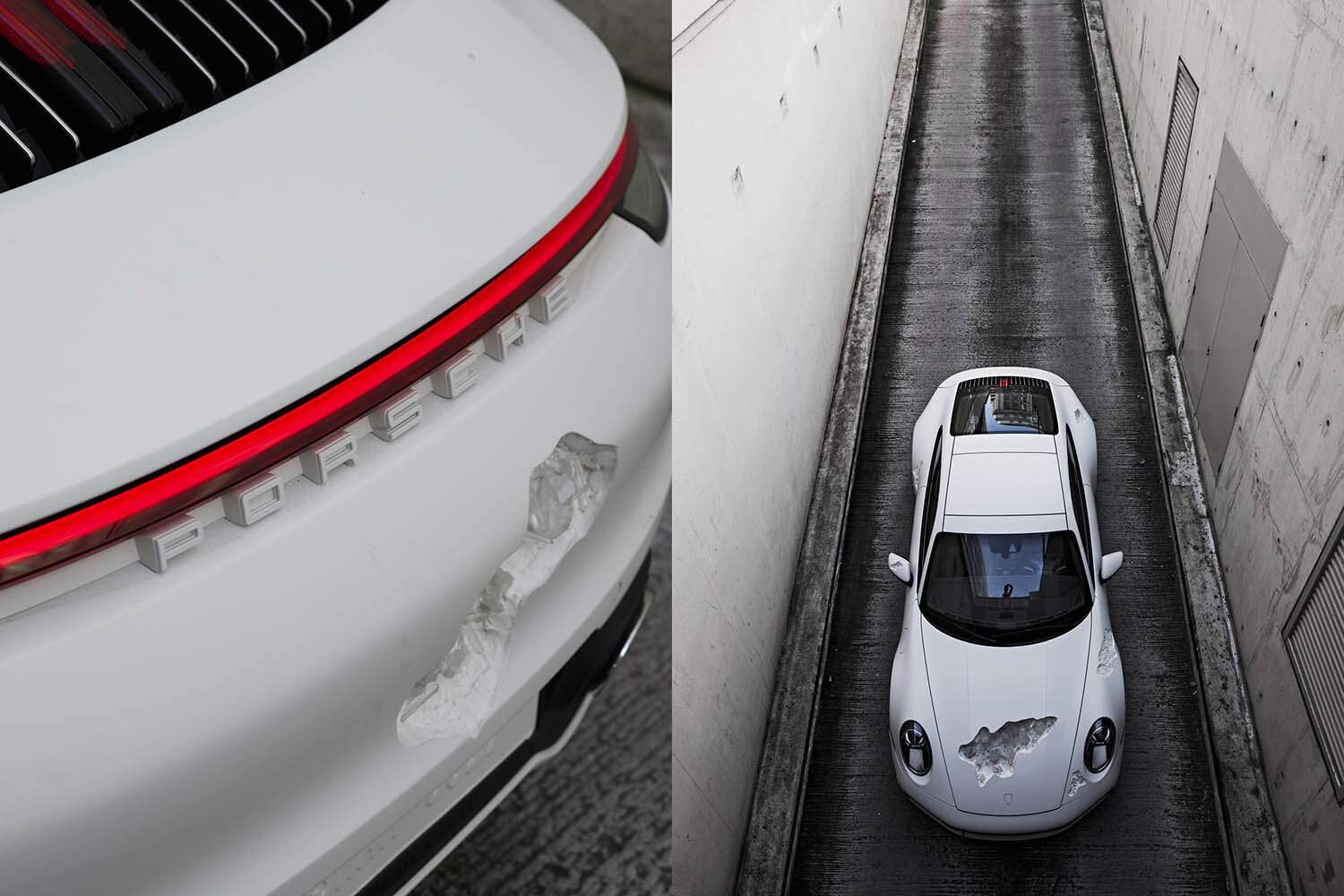 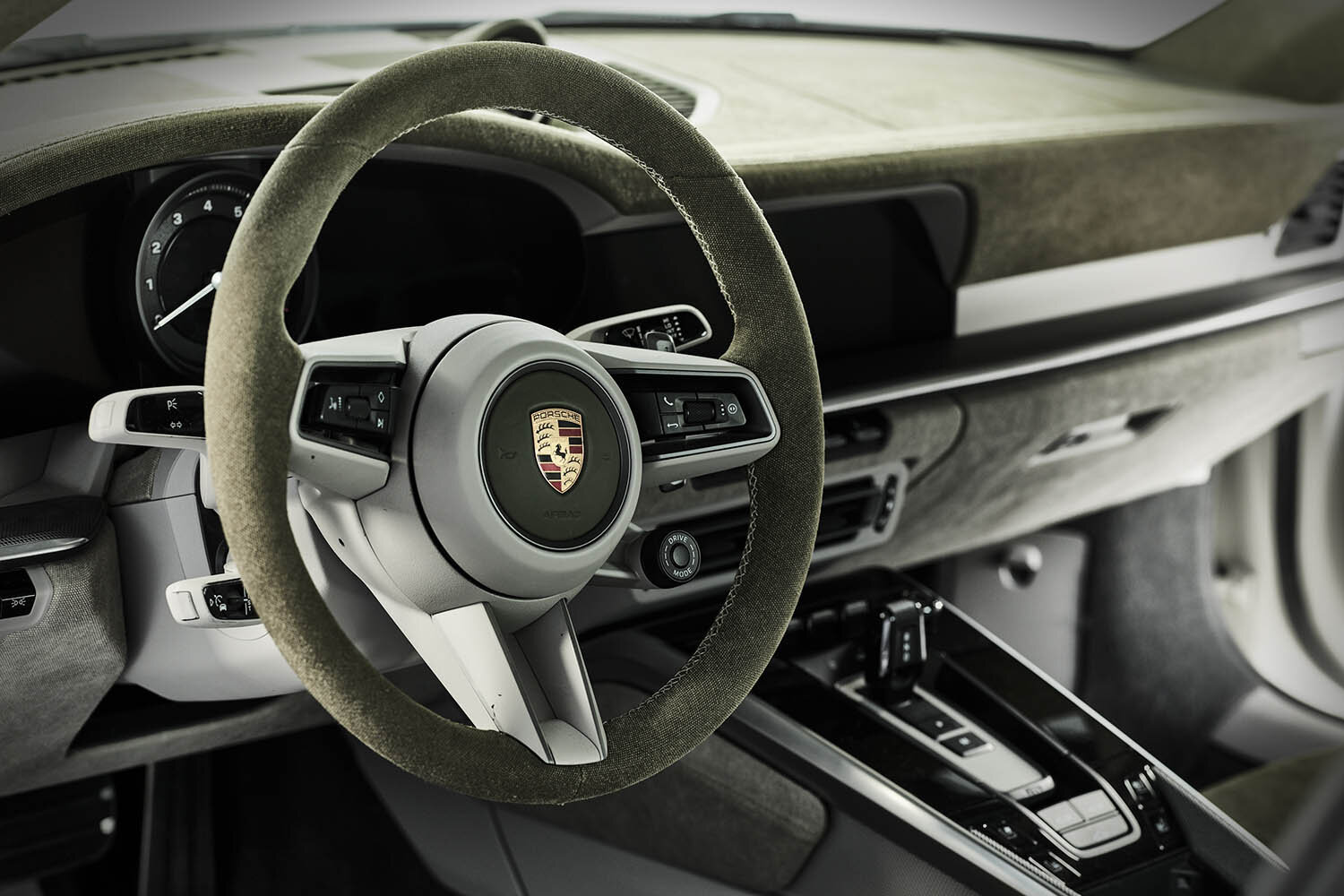 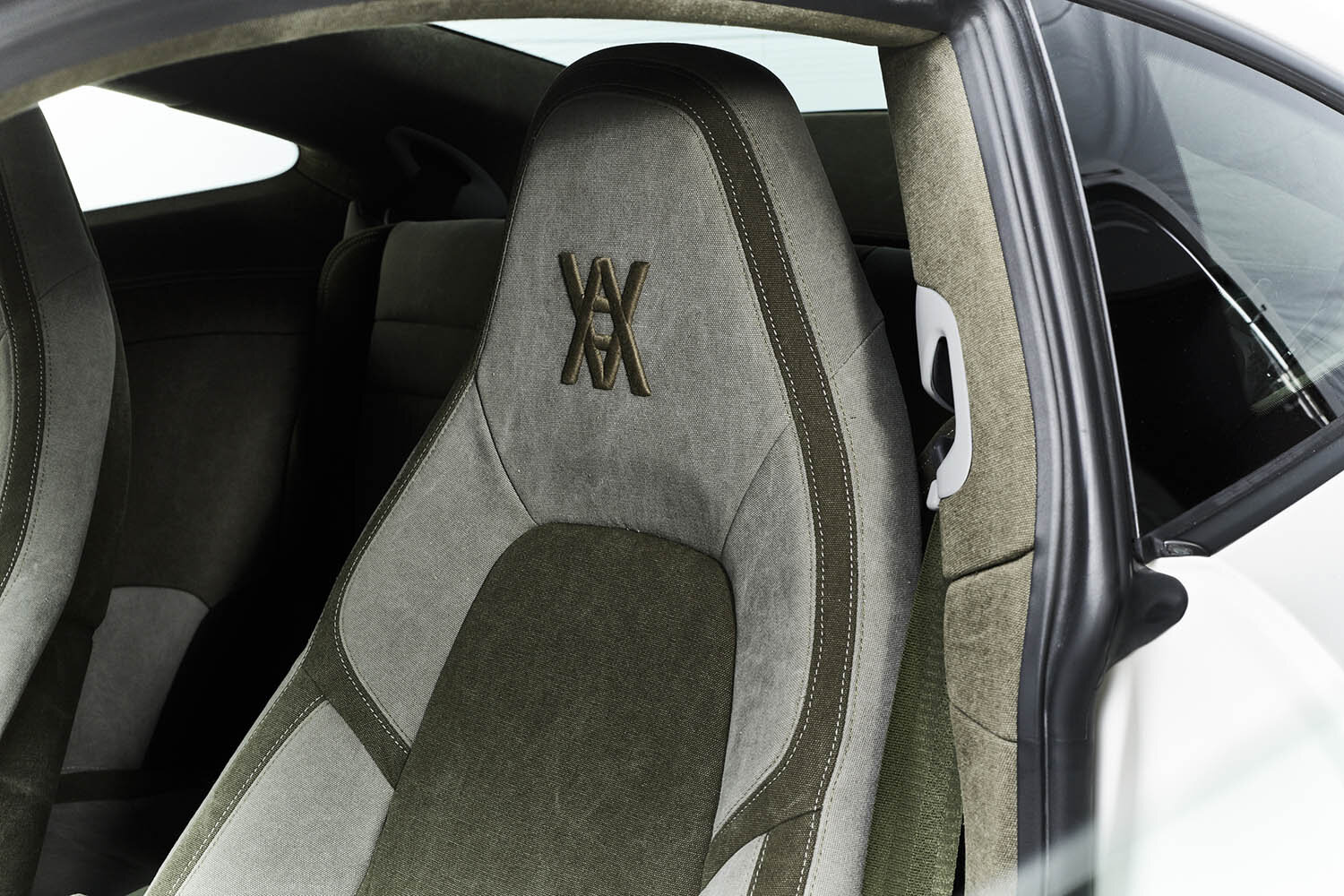